Just saw some stuff popping up about this board. Pretty interesting IMO 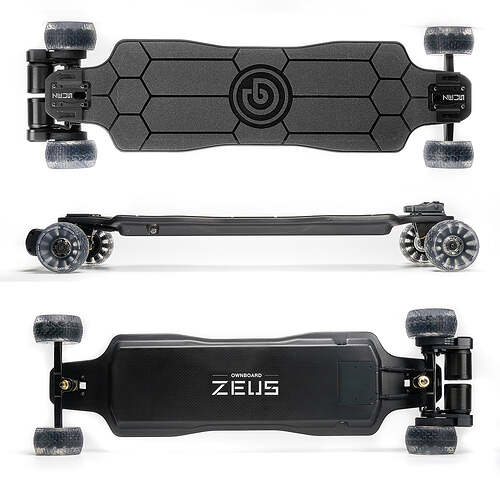 The NEW Carbon ZEUS is an Electric Skateboard out of light carbon with a big 19.2 Ah battery for long ranges, huge motors for a powerful torque & high speed, elastic All Terrain Wheels for suspension & double King Pin trucks which gives you...

I personally love the forged carbon option, and for the price, it’s not bad! Even more interesting, it’s got a 21700 13s4p battery, which is probably using the new higher voltage controllers we’ve started to see

Even more funny, this pretty much is a huge slap in the face to Evolve. It might not have all the cool features of the Hadean carbon but it is very similar and for MUCH cheaper

Another interesting fact is that it has TKP trucks. I believe this is the first production Eboard with TKP’s? 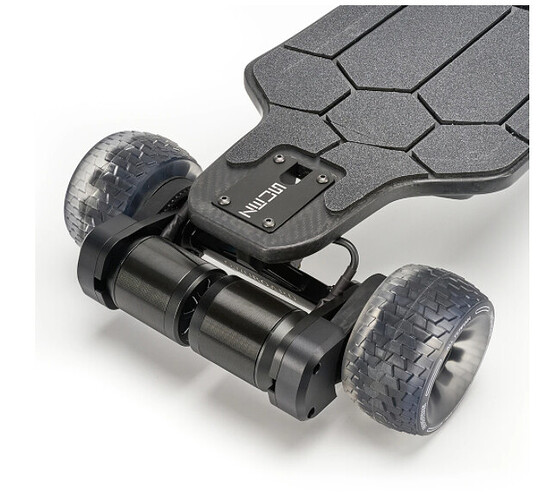 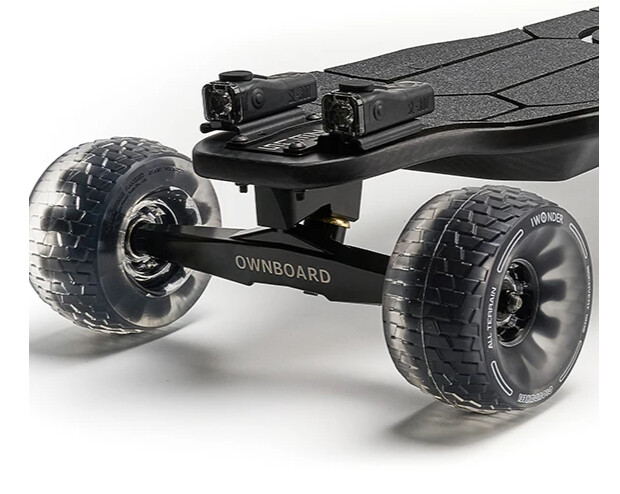 I believe this is the first production Eboard with TKP’s

Yeah I thought that was interesting. They are shipping it in TKP mode though.

I believe this is the first production Eboard with TKP’s?

There’s been a couple toy boards that use TKPs with hubs. Don’t see them otherwise on anything actually worth buying. 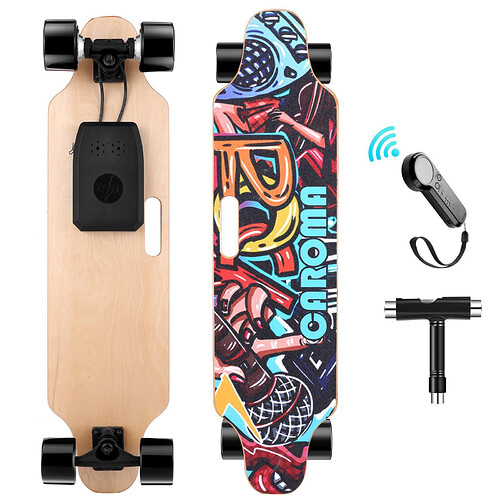 What’s more interesting to me is all the Chinese companies moving upmarket. They’re a long way from their $400 board roots, and they’re not alone with Exway, Backfire, and Ecomobl releasing $1500+ boards as well.

It will be interesting to see how well the TKPs perform.

i’m very tempted to get this…

can we talk about the name for a second? zeus vs hadean?

It’s a total slap in the face to Evolve

Specs look good, top speed is insane for a production board at this price point.

i wonder if ownboard had changed their motor mount deisgn

I rode my evolve trucks without the middle thingy making them tkp.

it was pretty good. pretty carvy… I never tried to go really fast on them though…

The rise of the TKP

Would you believe me if I told you that I have never rode TKP?

Would you shun me if I told you that I have never rode TKP?

TKP = the goodness of DKP without the hideous dull response, added ride height and kook status

I have never ridden it either haha

Would you shun me if I told you that I have never rode TKP?

That’s fair. I want to try them, just never had the opportunity. I dont really have a lot of skate friends. Andrew and Sean were my first skate friends, and we just esk8.

TKP = the goodness of DKP without the hideous dull response, added ride height and kook status

I think DKP gets a bad rap, as I have ranted about in the past. Maybe I’ll try pulling the center link out of the DKPs on my ranger. Just worried about ground clearance on that, since that deck is not made for someone of my girth.

I’m not sure all dkps allow for that to be possible.

I don’t hate dkps, but they’d be my last choice for skate trucks.

They’re great for people who can’t skate tho