The build is currently in progress. Hoping to have it done by fall. The deck for this build is the deck I used on my first diy build. I commonly referred to that build as a nightmare do to the constant rigging and issues it had. I went with a Gengar design and as it happens one of his move’s is called nightmare so it works out perfectly haha. I contacted @Sender to see if he could help me with the shape that this deck was in and well…

He transformed it from this… 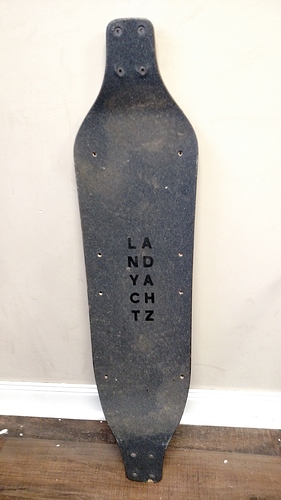 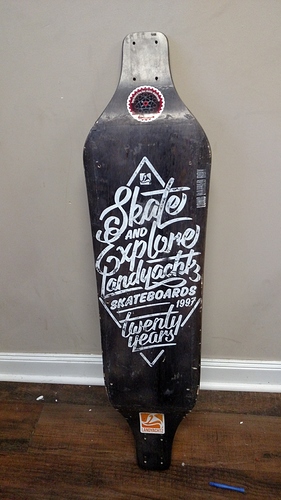 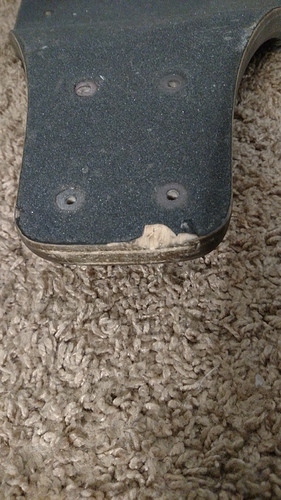 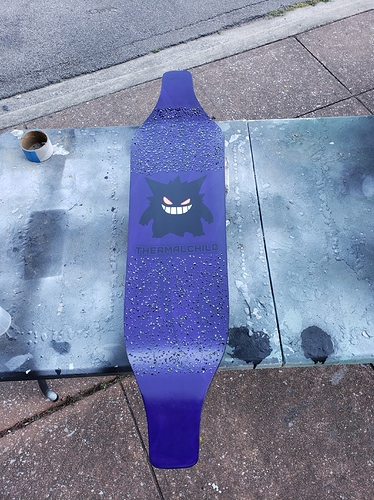 With the help of @mmaner and his photoshop skills we came up with the design I wanted. That purple came out so fucking sweet looking.

I must have spent hours on the fabric site debating the designs. At one point I almost settled on the dog with sunglasses as it’d of been legendary haha. 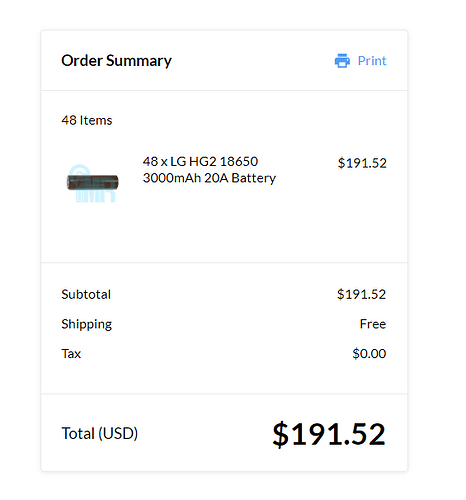 I have @Sender skinning a @BigBen Evo enclosure as well. I plan on having @longhairedboy build me one of his signature sexy flexy packs in 12S4P, but it seems 12S5P might fit with a fat gasket or an externally mounted unity. I plan to use bergs on this build and am skeptical of my max range with dual 6374’s. So the 5P is super tempting to eliminate range anxiety… Also the extra power would be nice. 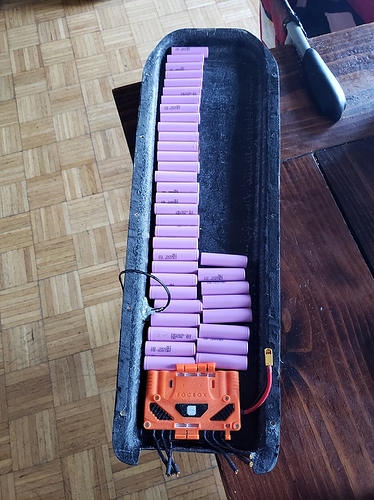 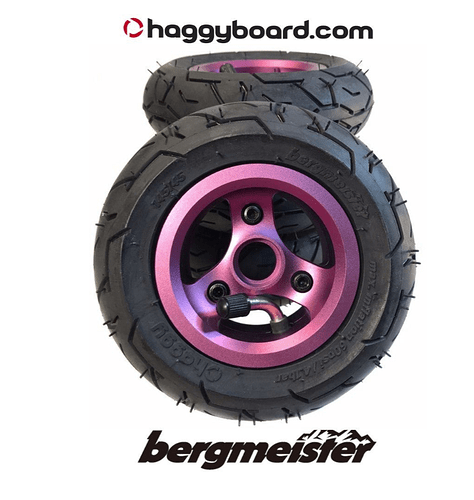 Whenever Surfrodz decides to restock their 200mm RKP’s I’ll snag a set. Matte black hangars with purple 50 degree base plates for a 65-35 Evo

. For mounts I bought a set of quick66’s from @IndianGummy. Would like to reverse mount them but forward might be possible.

That’s it for now.

I’ll keep updating this thread as the board comes together. Super stoked to get it assembled!

Which drivetrain do you think you will use?

I plan to use the quick66 mounts. I wanted to do gear drive but I didn’t see one that fits surfrodz rkp.

I am doing a small beta run of my drives if your interested. Checkout

Dude! yeah I’m interested haha. How much for a set?

I found the thread, never mind haha. 3.7 sounds good. I can send payment now for them .

Fill this out please. I haven’t updated that thread in a long time!

Realised some of that info isn’t up to date.

Won’t support sixshooters and now the bergmeister has its own gear and doesnt use an adapter.

Alright I filled out. Is 12-44 an available option that’s kinda perfect anymore might be too much torque.

Should be ok to make a couple of 12Ts

By the way do you want any special requests for anodizing? Normally don’t do this but this looks like a badass board and deserves some flair from the drivetrain

Hell yeah! If you could do a black/purple that’d be so dope.

Do you think you could make the 12S5P work?

based on that picture 60 cells in front of that unity may work if the BMS was on top of the cells near the unity and you also used a thin riser on the box, maybe half a centimeter or thereabouts.

Ok dope, I’ll order the extra 12 cells and ship them to @ThermalM16. Once @Sender is finished I’ll have the deck and enclosure shipped to him as well and he can drop it all off.

Ok, it’s been over a month and I figured I’d update this thread.

I’ve switched from the Big Ben Evo enclosure that Tim was gonna sell me to a EBoosted DS. The clearance for 12S5P in the Big Ben enclosure was cutting it super close. Since I’m going with the EBoosted DS I didn’t wanna only put a 12S5P in it… so I upped the cells to 12S6P.

I changed the remote I planned on using from the hoyt puck to the Flipsky VX1.
I bought it because the NY crew talked it up quite a bit. Seems like a solid remote. I already purchased the bigger battery for it too. 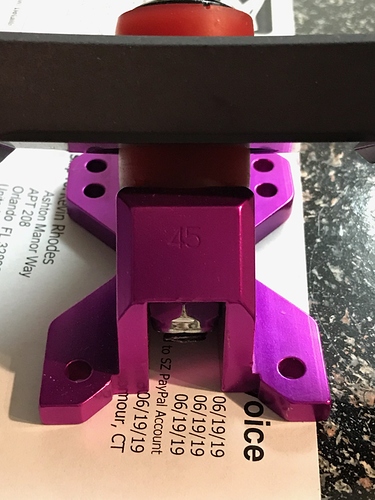 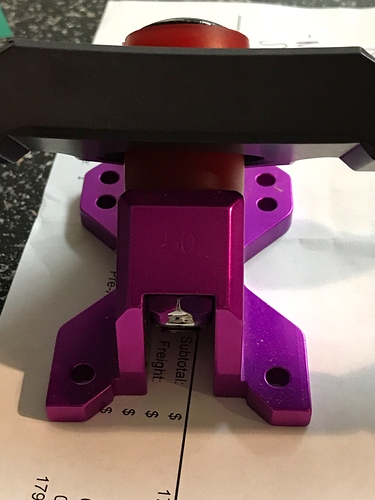 The @moon gear drives are done. They came out super awesome looking. 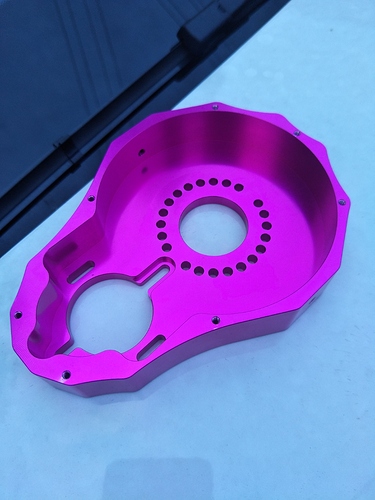 I now have a pretty difficult decision. Black Berg’s or Purple? 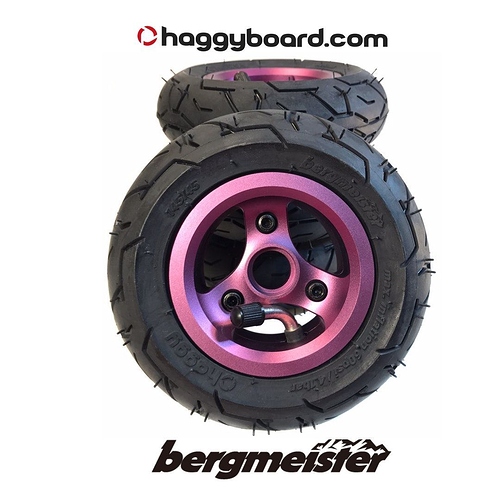 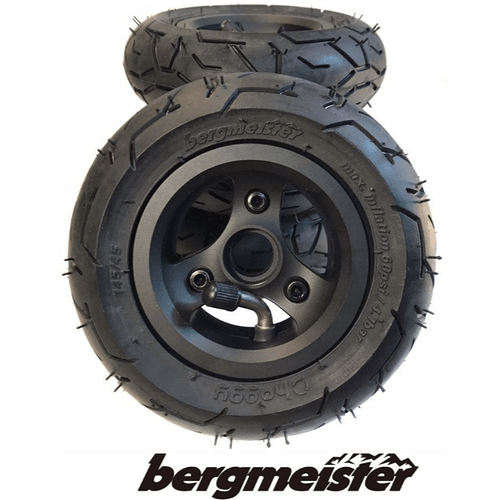 Thats coming together lovely but there is such a thing as too much purple.

I was already starting to think that. The Black Berg’s seem like they would give it an awesome stealthy look. I’m not too sure how noticeable the base plates and drives will be compared to the wheels anyway. Going purple could be weird as I know those purples wheels would definitely stick out.