Flipsky just posted these on FB. What would the benefit be? I also don’t see a nut for the second kingpin. 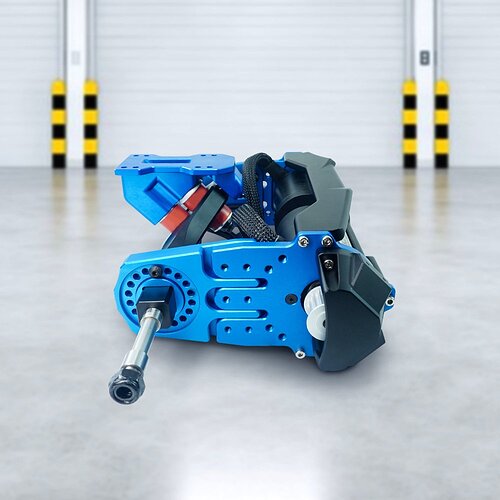 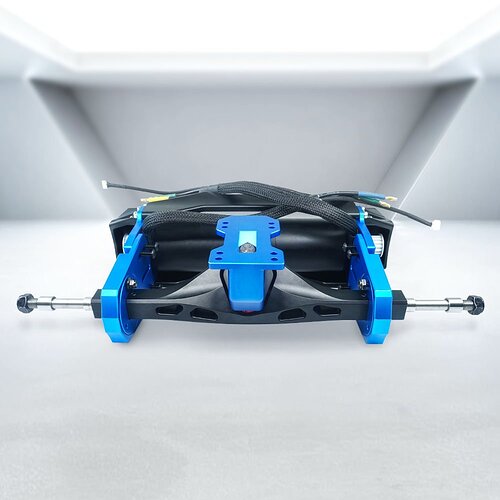 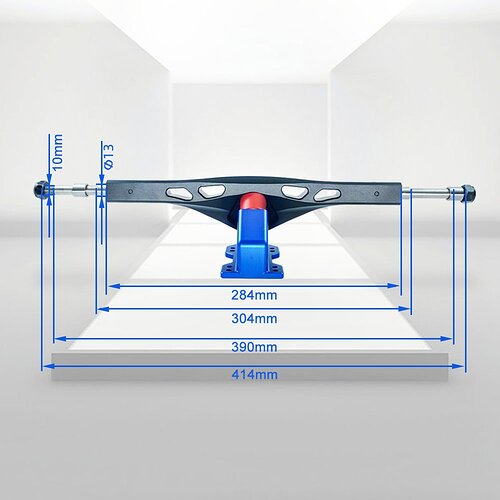 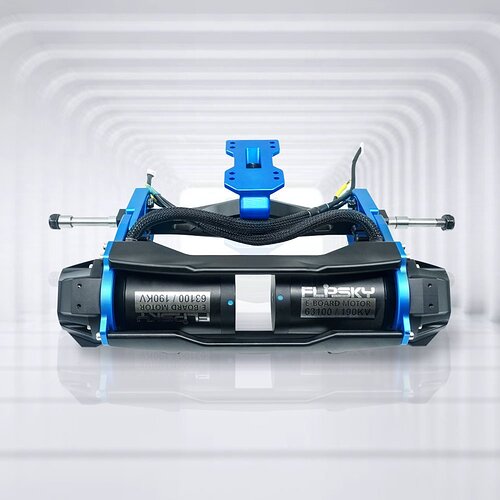 That extra bushing may not be a kingpin. It does look well positioned to absorb shocks though. The picture of that portion look like they have explicitly been hidden - not the careful placement of the motor wiring harness to cover the position of that second pillar. It is also missing a bushing on the other side like a normal kingpin - I can’t imagine it is anything except a way to absorb more road chatter at speed.

There’s been a couple of threads about this truck, the most plausible explanation I saw was it works somewhat like the queenpin on Ronin trucks, allowing it to behave more like a channel truck by being constrained on both ends of the hangar.

A post was merged into an existing topic: New Flipsky Parallel RKP Trucks?

The second one would be a queenpin, like the Ronin trucks have.

Though the Ronin queenpin doesn’t have a bushing.

On Ronins, I believe it’s so the bushings aren’t carrying the weight and are only used for lean, like channel trucks.

But this design with a bushing would not work the same way, I don’t think? Not sure since I can’t see the details, and don’t have one.

Every time I start thinking I have trucks figured out, the rabbit hole gets deeper.

Right? I see a bit of Hoyt, a bit of dickyho, a bit of boardnamics…

Every time I start thinking I have trucks figured out, the rabbit hole gets deeper.

I have exacly the same

I believe @BillGordon has that covered.

Its planted firmly, yet unstable atop the riding platform.

Its basically a valkyrie voxter copy with an extra bushing. The bushing thats inline with or behind the axle would have a dowel pin since the other roadside bushing and pivot cup holds the hangar in place like a normal truck (albeit with less pressure since its so close to the pivot cup), and due to the placement of this bushing being further away from the pivot cup it more effectively prevents side to side slop of the hangar. This normally gives a more “direct” steering feel and a bit more stability and consistency in turns because the hangar isn’t slopping around as much. They also seem to be using flat washers which is honestly surprising (and good). So some chinese companies appear to be learning from high end US brands and improving quite rapidly 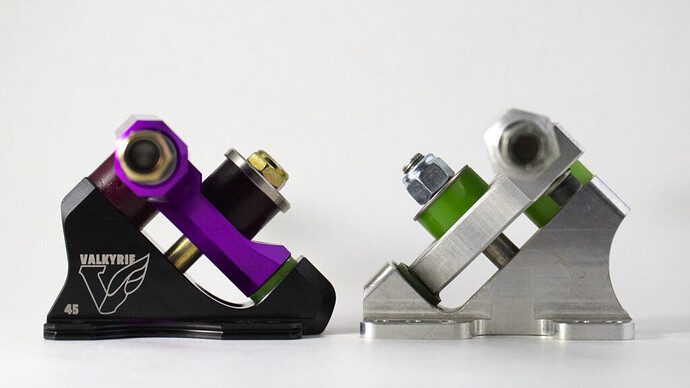 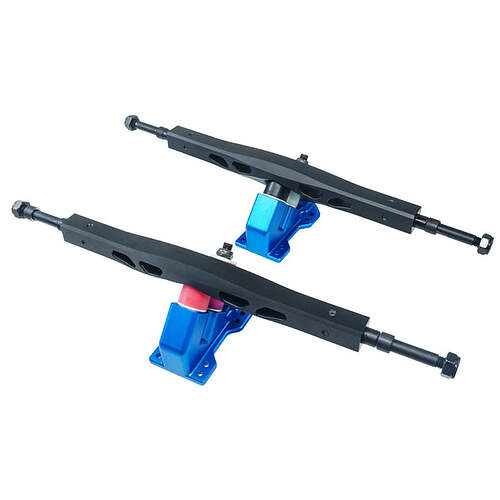 Axles look pretty short, 13mm diameter at the end of the hanger is a weird size for finding pulley bearings for I think.

they look so heavy

Has anyone tried the Valkyrie Voxter trucks? I wonder it this kind of offset technology could be incorporated into a TKP.

Axles look pretty short, 13mm diameter at the end of the hanger is a weird size for finding pulley bearings for I think.

I would KILL to be a fly on the wall in their meetings.

Like did they ask a single person for input?