As I read through this forum I see a lot of people showing their drive trains scratched or the belts ripped and stuff like that. I also love the look of the almost completely covered drivetrain. I feel it’ll look better in the overall. I think something like this looks significantly better than this. (yes, I understand I am comparing a boosted board to a DIY, I’m just showing the difference please don’t come after me)

However, I saw this thread:

But the files were for Boardnamics when I already bought my mount kit from torque boards(normal/inward mounts) and motors from flipsky (dual 6354). What do you guys recommend for this? I am willing to change my mounts as long as it doesn’t cause that much altering needed for the rest of my build. I can also 3D print.

On the other hand, I saw these boosted skid plates on amazon and I think they look really cool. They are made out of aluminum instead of hard plastic which will make it last longer. But the problem is that I would need to have motor covers that fit those plates AND I don’t even know if it’ll fit a DIY.

Any help is appreciated!

@Sn4Pz how is yours working out? Not that you can probably ride yet… Dammit now I feel bad for typing this. Why am I still typing? I’ll just hit reply and see what happens.

@Sn4Pz how is yours working out?

Did @Sn4Pz have the same thing as me?

Havnt even put them on yet, but I’ll see if it looks like it can fit

Ok, did you buy those boosted ones for a DIY?

Boosted use tiny belts and small motors so they can stash them in tiny spaces. Personally, I like to go fast and require larger motors so clearance becomes an issue. So then you get longer motor mounts and zoom. But then you want to look sleek so you get a gear drive. 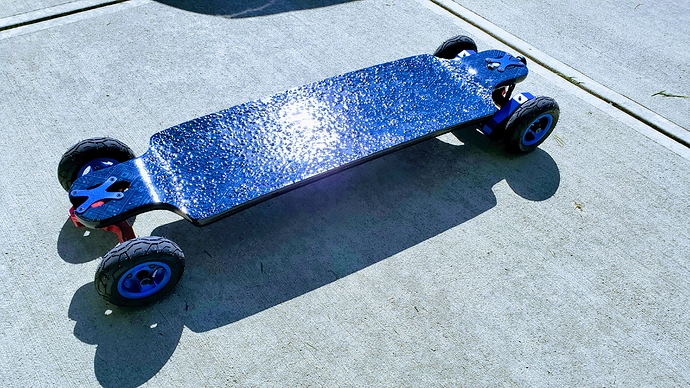 There are enclosed belt drives out there by janux and a few others but they will be on longer mounts still.

They fit better, much better, but not perfectly

Other than that, they seem fine for a 15mm pulley w/ an extra 3mm of shaft poking out above. 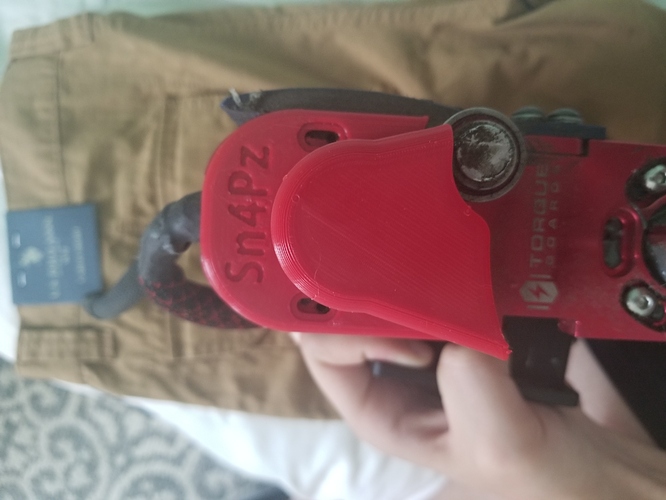 Unless its a low price… What you got?

Though I should note, those bushings are long gone. None would be included since I don’t have extraz

Hmmmmm, Ill think about it…

But on the other hand, do you have torqueboards mount covers and motor covers? I think someone above said you did, unless I read it wrong

I’ve got ‘belt covers’ in the sense that I’ve got the pieces that cover the motor pulley and belt, yeah.

I don’t have an enclosed belt drive setup, which is what you seem to want

Yeah, can I see those belt covers? Maybe something I can use or build off of

They’re in the photo above, the red piece ontop of the mounts

Ohh ok, I think I might have seen that on thingiverse. Correct?

Youve probably seen something similar, but not for v6 trucks.

@LuuktH is the man to talk to

@LuuktH is the man to talk to