Has anyone played with larger bearings? I was wondering if there would be any benefit to using a bearing with twice the diameter of a normal one, particularly at faster speeds (+20mph).

Hold on I’ll show you a bearing. I want them wrapped in urethane. 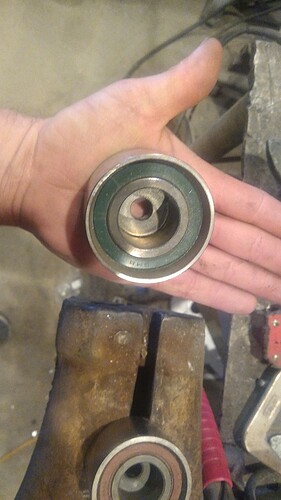 If you actually took a look at the specs, you would probably see that they can do I guess around 13k rpm
Thats 355km/h on a 145mm wheel

I’ve had bad luck with 6900 bearing when used in the wheel for 10mm axles. Would be nice to see future bearings for use in 10mm axles size up. Maybe like 27mm bearings found on AT wheels.

The bigger the diameter the wider they need to be or they’re dubbed “thin section” and weak. If u didn’t know.

@b264 maybe I don’t ride enough or in harsh enough weather or that combined with religious use of properly sized spacers, but I’ve got bearings from 20 years ago I could still clean, lube, and ride just fine. On my boards these days-over 700 miles on two sets of bearings and maybe one cleaning on each set, they still ride like new. Only with reds, in harsh weather and no cleaning have I ever really needed to replace other than just give a good clean and lube.

Have you ever ridden on a street that was wet with snow melt?

That shit eats bearings for breakfast.

With 10mm id, the balls are smaller than with 8mm.

I was thinking weaker

Not sure if this is considered a larger bearing, cause you need the gear drive to go with it 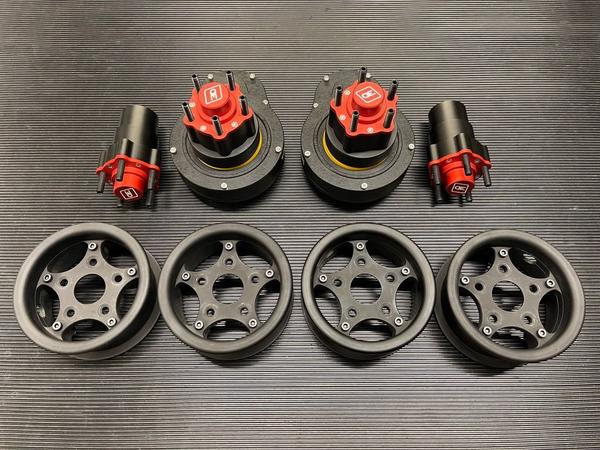 A new gear drive system from the 3DServisas Finality product series. A revolutionary new design involving all drivetrain components to provide the best possible driving experience for riders. After designing and making gear drive systems for...

You are right about larger bearings, specially considering the milage that E-boards are enduring.

How you like ceramic? Are they always louder? Not having to oil them or do really anything is fantastic, right? Or should I oil them to make them quiet. I’ve been riding these all ceramic (the grey chemistry) for about a year and other than the noise they’re all pluses.

they seem to roll noticeably better on the road: further, farther, faster. I never tested.

In keeping with the topic I’d also want them larger. A bigger bore (hole) in the wheel.

The one – and only one thing – I don’t like about ceramic bearings is the failure mode. If they do fail, they don’t fail gradually like steel, they fail catastrophically when the balls explode.

But that thing is a dealbreaker for me, I think.

On a push board I have them and I’m never going over 15mph. I feel like a failure if it ever happens wont be so bad. Of course going faster…

In that circumstance, I would also prefer them

I was wondering if there would be any benefit to using a bearing with twice the diameter of a normal one, particularly at faster speeds (+20mph).

The bigger the bearings, the larger the load they can take, and the lower the top speed (usually).
Also, larger bearings tend to have more rolling resistance, because there’s more surface area in contact, all filled with grease.

I don’t see any real benefit from going much bigger. Even the standard 608 skateboard bearings we use have a static load rating of over 300lbs each, and a dynamic (rolling) rating of over 750lbs, with a limiting speed (using grease) of 48,000 RPM.

Also, like Brian said - Bearings are wear items. They fail. Thus, the cheaper the part you have to replace, the better. 608 bearings are made by the billions, so they’re suuuper cheap compared to something more esoteric.