There’s a bunch of others in the same boat. Check it out here:

Because we’re never getting those crossovers, let’s help each other out with ghetto solutions i say

Welcome to the forum!

Thanks so much for the response. Just to clarify what are “those crossovers”? I would love to help but you are talking to someone who really knows nothing about the mechanics of these things. I just tore mine apart to try to figure out why it wouldn’t turn on and I found a couple of loose wire. Now being the great soldering expert that I am I have fried the circuit board for the LCD screen.

So yeah any ideas are probably helpful.

Don’t pay too much attention to the excerpt text. That thread is full of all kinds of Raptor issues and solutions as well as extra parts like you’re looking to find.

Now being the great soldering expert that I am I have fried the circuit board for the LCD screen.

We’ve all been there.

Nope. We have an entire thread for that:

So, what dumb shit do y’all do? Gimme the lowdown. I want to know what you do that you know you’re not supposed to do, but you give no fucks and do it anyway, like a boss. ​ The only thing that isn’t okay is helmetless riding. Everything else is fair game. There’s never a reason to ride without a brain bucket.

Oh dude, we’ve got people that have done multiple builds that still fall in that category, trust me you’re fine

I’m fess. been skateboarding on and off my whole life. but didn’t learn to kickflip til I was 30. I’ve built several half pipes. and was bit of a bowl rider. never awesome at any of it. kinda stopped the flippy tricks, then stopped the bowl riding. now apparently I’m giving up pushing.

I got a BBv1 and that got me hooked. I got the BBv2 when it came out before I realized there was a big DIY scene or even that the non DIY scene was exploding with a million vendors. I thought I’d learn those downhill powerslides as emergency brakes… but damn. wheels are so soft compared to my hard ass bowl riders I couldn’t adapt. (should get back to that)

I kept thinking about building my own but instead bought a Lacroix Prototipo DSS50+ thinking I didn’t have the time. I began commuting 16miles / 25km each way to work. falling back to BBv2 and the train sometimes like when I was waiting on replacement bearing or replacement motor. Now I’m more hooked. I’ve given up my car.

I’m super stoked that the Lacroix boards are “one step above DIY” (my term) because it gave me something to really understand the DIY scene before getting started.

I still liked riding the BBv2 I find them distinctly different boards… and it’s fun to ride both. some people seem to have a once you go huge you never go back attitude. Even the BBv1 feels so much lighter and is a really fun ride just no range. I found the flex to be fun too, having never long-boarded in any form before that. people seem to love stiff boards and bash on flex. I think everything introduces it’s own fit and feel for different purposes. So, now I see it’s clear there’s no one right board. you gotta have em all… and i see everything you guys build. and I want to build it all … thanks guys.

I ended up giving my BBv2 to my brother for xmas. Also for xmas I gave the BBv1 away to i guy I met playing pokemon go (an excuse to esk8 to raids.) He was always talking about getting an esk8 and I’d see him on the trains sometimes. that guy said I made his Christmas.

. I warned him It’ll barely get him home from the train.

He wanted to buy my daughter something but I told him just to pay it forward.

So that brings me to goals.

I told myself I’d build both a last mile board. something to replace my BBv2 but maybe something more compact and easier to carry. so probably doing a tayto build, started out thinking monster wheels and gear drives. ( which I acquired ) already changed my mind and want to try hubs because the other direction broke the ez to carry goal. … so bits for a third build?

The other board I want to build is a basically just a prototipo with at least 20% more power. I’m heavy and I pretty much kill the thing on my commute. I need a little more hill climbing late in the ride. otherwise I absolutely love that setup. I’m hoping not to make it too much heavier, as it’s right at the edge of carry-ability into the office. and it’s just at the edge of too big to fit under my desk. I could buy the nazare and skip all this DIY pain/fun. I do love @Arch and the @JohnnyMeduse for what they’ve done and done for me. I want to support them more. but… for some reason I really want to learn to do it all myself.

so… that’s it. I’m overcommitted. hopefully I can stay on these projects to completion…

I already, ordered a kweld, bought 2 focboxes, Dual escape, 2 unity, Tayto deck, 3dServias gear drivetrain 110 flywheels (and changed my mind) , custom prototipo deck from @Sender (yes he upsold me as I tried to acquire a prototipo deck/enclosure from somewhere. it’s gonna be awesome), motor mounts from @IDEA too many of some things missing to many other things. still have a lot of things to learn.

I’m nervous and I’ve gone off the deep end.

oh and I did skate for a skate shop called “deep end skates” back in the day. so maybe going off the deep end isn’t so bad.

The sickness has you in its grip! Awesome post. Will be fun to watch you slowly descend further into the rabbit hole.

Even though you’ve been here a bit, we welcome you officially!

Welcome @edeinzer! Hopefully it’s just a basic lcd screen and nothing fancy. That will be an easy swap. If you pm me some photos of your screen, I can diagnose it for you.

@fessyfoo I like you already man. Pay it forward mentality is the way to live. You seem like a good dude. You certainly have bought yourself a good start!

#3 hand is me. I have switched nail polish to “Fuchsia Surprise” now, though.

The most expensive nail polish you can buy is $29,000 a bottle and is made of ground up black diamonds.

Bottles headed your way, hope it doesn’t get lost in the mail.

Welcome. If you wanna add more range and top end to your Prototipo you can fit a 12s6p with a 1/2 inch rubber gasket. Ask @Sender for pics of his.

but haven’t seen pics. I should ask.

also noting this build with 10s6p Samsung 50Es though that’s less total current avail. and i needz that current for hills and heft. 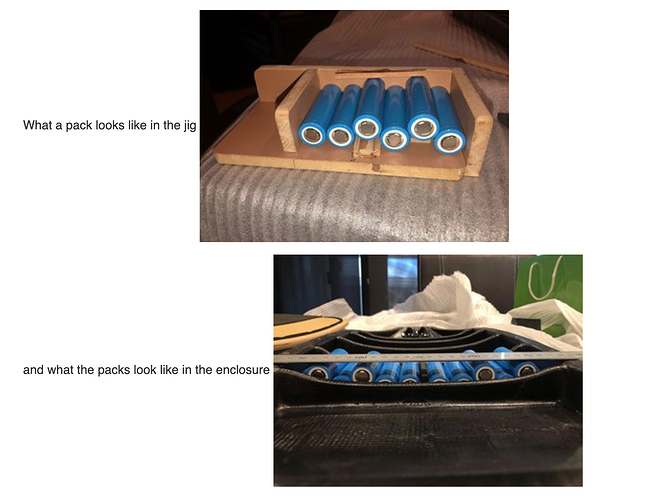 Thanks a bunch for the warm welcome. I definitely was not expecting such. And here’s a picture of the LCD screen from the enertion Raptor 2.

So yeah if you have can help me figure out how to replace this I would be beyond stoked! I know it’s hard to tell where I fried it

It seems that I touched the 2 terminals with my beautiful solder job and when I fired up the battery it kinda exploded. 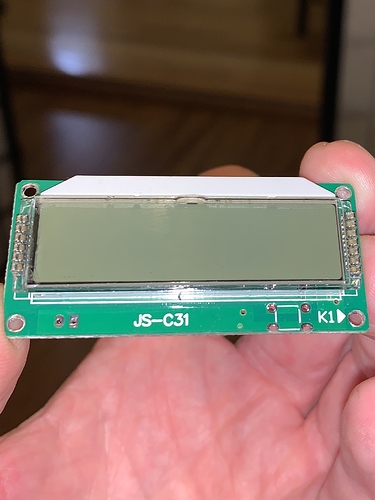 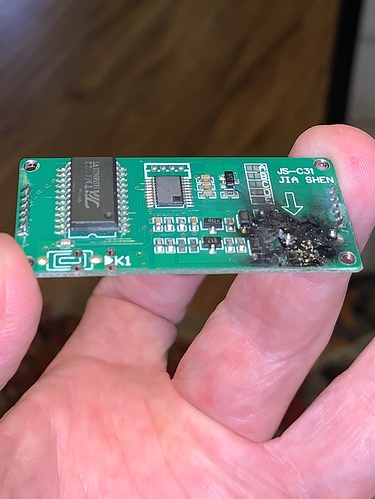 Here’s one. You can use the info here to find one locally maybe. 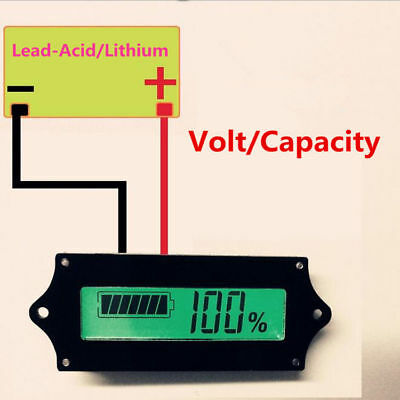 No worries. The black cover will come off the voltmeter so you be able to do a direct replacement.

I’d ask @JohnnyMeduse about the BMS. He might be able to direct you to a replacement.