I’ll get it within 30kv of what u wanted and will be better motor (better ratio torque per amp to wire’s resistance). 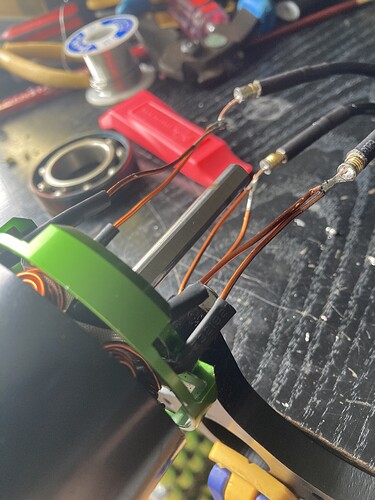 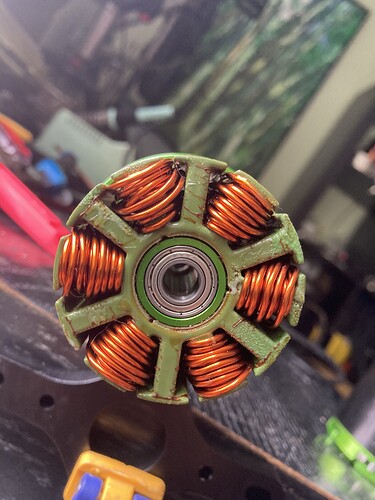 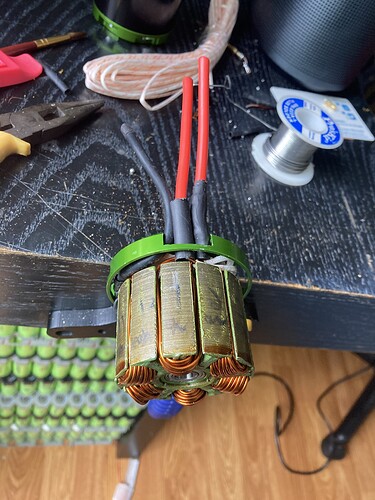 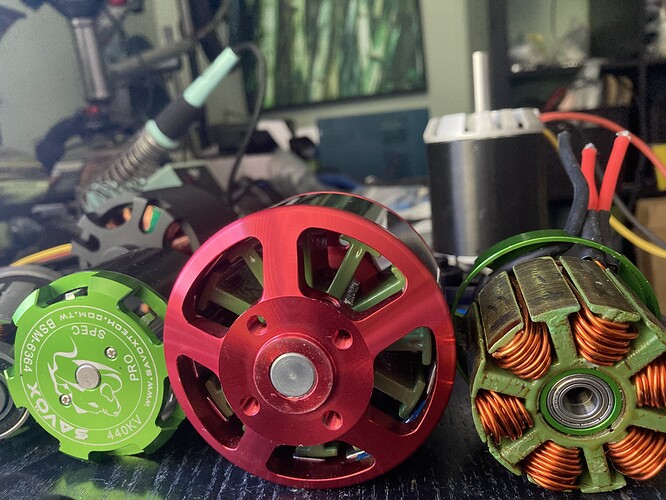 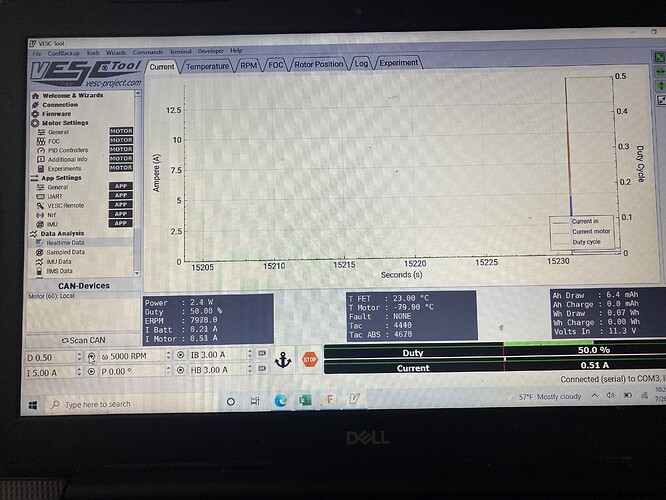 I have this leopard 8072 motor available.

Could leave all 6 wires available so can convert between terminations to change speed. Delta n wye.

And do this LRK winding which is simply the best in how much copper you can get on by skipping teeth. And safer as the phases aren’t in contact and giving potential cross phase shorting. The voltages between touching wires is also much lower which is less dialect strength needed. Or something. And wye termination is all series not the common delta with parallel paths, as those parallel paths will very likely create different voltages, competing voltages.

I looked over that VT screen, I take it you didn’t post that to show off the kV, if you did where does it show it?

the photo is the vesc tool showing the power it takes to spin 8000 erpm, showing the motor is good. But can figure the kv based on the shown voltage, erpm, and it being a 14 magnet motor so 7 electrical switches per rotation.
8000/11.3/7= half the kv actually since its at half duty cycle. so kv is 202

Ahhh I gotcha, Ive done it what I would call the hard way (what you just said) I was actually looking for that in the VT but couldn’t find it

What’s your price point to redo a pair of motors?

And where are you located? That might help people decide if they want to ship their old motors to you.

That’s what I was wondering as well.

I’m in Sausalito Cali. But message me about what you were hoping for specifically. I’ll wind it for 60$ and 20$ to glue it.
It has to be stripped of wire like I say and some are harder than others to strip.

Per one or pair? Either way seems fair with your time and material cost.

It has to be stripped of wire like I say and some are harder than others to strip.

big time, mine has a butt ton of tiny wires I have no idea how you would get them out of the tiny slot.

not worth anyone time really, although a lower KV 5045 leiftech motor would be swag. Can buy new lower KV 5045 motors for less than $80 is my point

big time, mine has a butt ton of tiny wires I have no idea how you would get them out of the tiny slot.

Just cut them with a pair of flush cutters, and pull all the little pieces out.

I’m dumb, so dont mind me, but would it not make more sense to offer this service for a higher rate whilst not asking them to strip the motor down themselves? It just seems like if they’re able to do that, they’d probably know how to do the rest. Also, perhaps, include battle hardening them? That would put this from “strip your motor and ill do the rest” to “ill upgrade and customize your motor for you” which seems like a lot more marketable of a service to me.
Again, don’t mind me, I am dumb.

Ok I’ll take any motor even with the broken winding still on and rewind it. (although i had I think a tacon 160 i could never fully strip and gave up on). ill wind it to within 20kv of whatever you want and result in more copper and a lower resistance than it was(less heat), put the phase wires any way you want, (maybe external so can change from wye to delta)insulate with fiberglass sleeving, and glue the winding with high heat resistant epoxy.

For 100$ including shipping back in USA.

Looks to me like there are still some pretty large gaps, no?

And can you do the termination within the motor for people who prefer nice, flexible silicon wire phase wires?

And do this LRK winding

just wondering if there are any performance differences from winding this way?

If this is better then how come its not more common in modern brushless motors?

This is full it just looks like less w the bare teeth. If u measure the results it gets to a low kv with minimal resistance

@ducktaperules
It’s a better winding in how you can get more copper on. It’s easier to fill one gap than half a gap and try to fit another wire on the other side. I can always get more on. It also has a better “winding factor” up to 96.something when terminated wye equating to a better more efficient magnetic circuit. With wye theres no parallel paths which can have variations in voltage due to imbalanced induction between phases. It’s a lot less likely to short between phases.
Machines don’t do lrk it likely because they can’t do it well. Doing a hand winding getting fat solid wires in instead of a bunch of multi strand has less insulation mixed and more copper and greater order for more inductance. Neat turns of wire producing the most.