In the name of finding balance.

This build was originally named The Silver Surfer. As it turns out, fate had other plans. This project turned out to be a whirlwind for me. Between the deck snapping, a myriad of design obstacles, followed by financial distress. I had almost given up entirely on esk8. Eventually things got better, my luck turned and I’m back to building. But this time I will strive for balance.

The original design was cumbersome and prone to issues. I really didn’t like the electronics being external so I had to reevaluate my approach. I had to find a balance between expectations, reality, portability and finally reliability. I feel I have achieved this goal and in doing so I realized the perfect name for this board would be Equilibrium.

Here’s a little back story for those of you that like to read.

The original concept was derived from The Fantastic 4. As a kid I wanted nothing more than to ride the board the Silver Surfer rode on in that movie. It was insane, it blew my mind.

Many years later I discovered esk8 while looking for a means of miniature transportation that could fit my lifestyle of living on a 45foot sailboat. Many options were off the table due to size limitations. In my search I stumbled onto a YT video by SoCal Legend reviewing an evolve gtx and thought to myself, This is it! A week later I bought a Bamboo GTX and my adventure into the wonderful world of esk8 had begun. It was an amazing beginner board despite its flaws but I quickly outgrew it and started looking for the next best thing.

Que the forum that shall not be named.

I’ve always been into the diy mind frame so I decided what the heck, lets try building one. I found the forum that shall not be named and read hundreds of hours of posts before I felt comfortable enough to take the challenge. Despite the drama I’ll always be grateful for the wealth of information I learned using that forum.

Any ways enough of the back story, lets get to the part you all came here to see!

Pictures of the original design 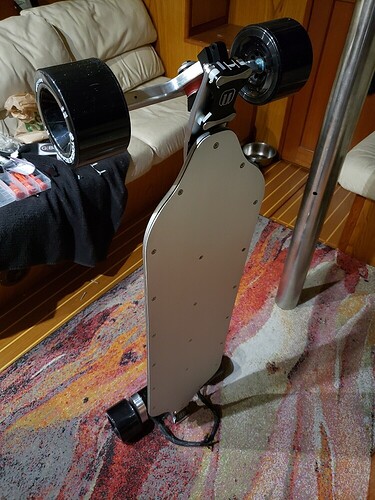 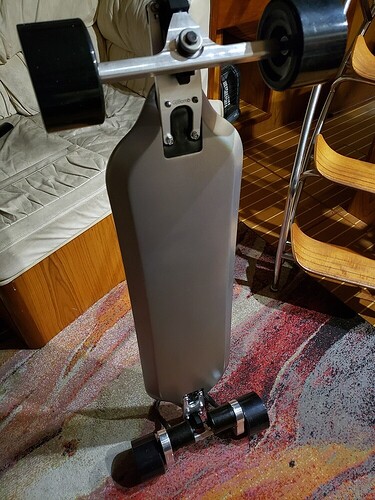 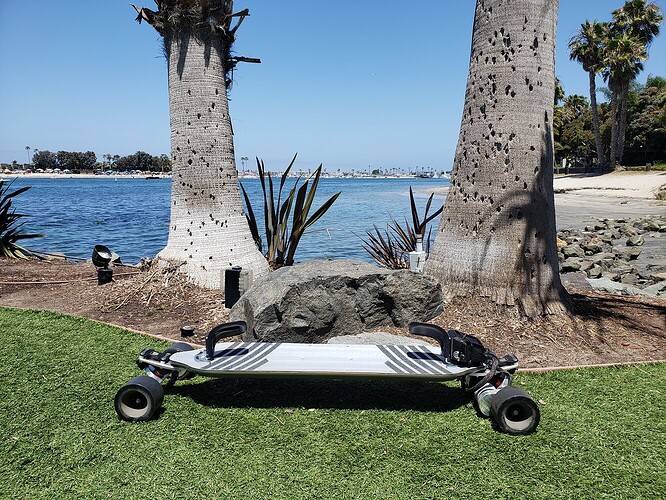 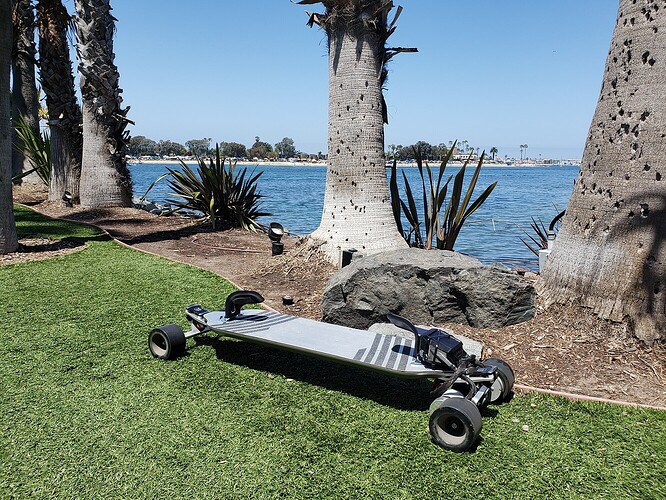 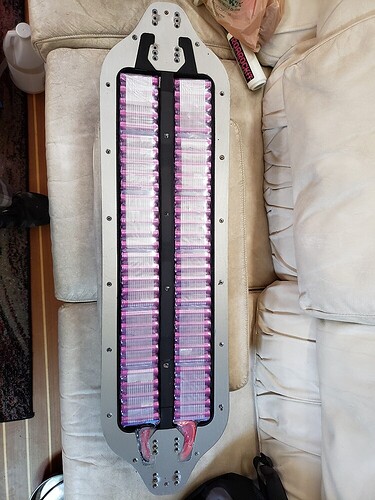 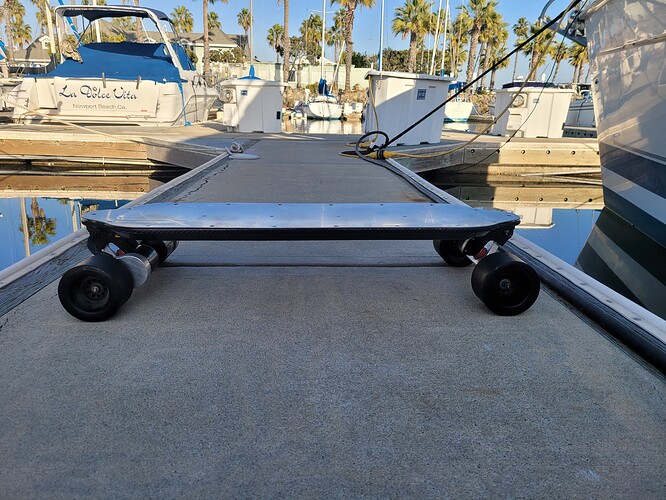 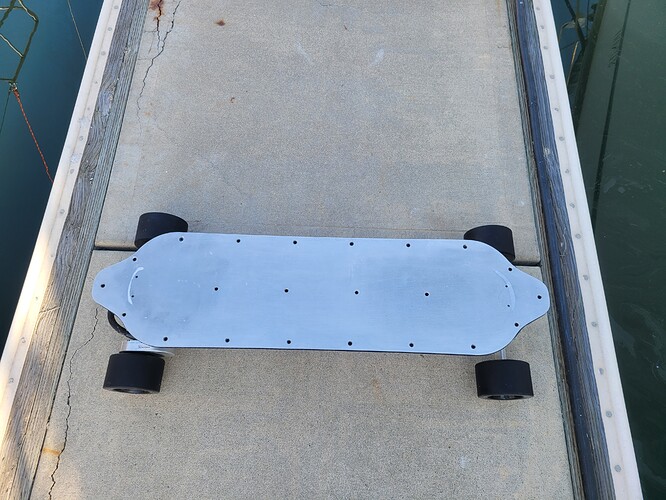 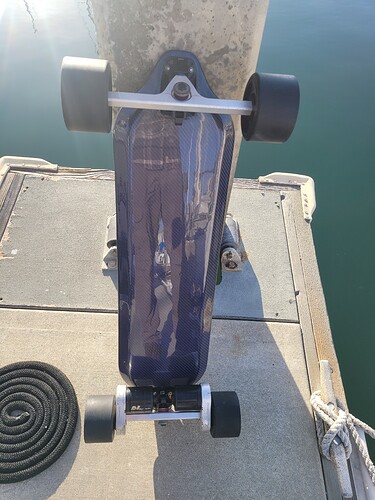 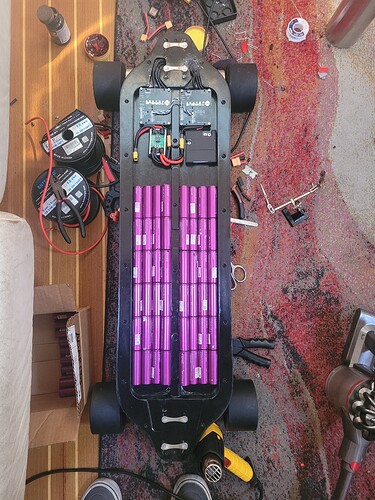 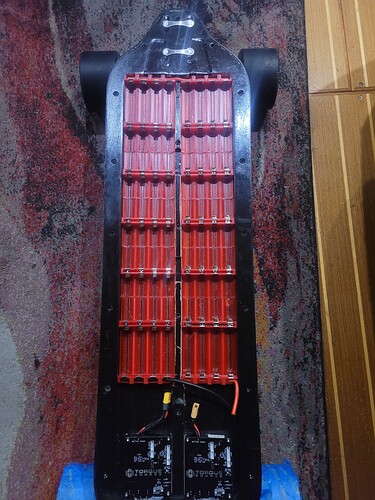 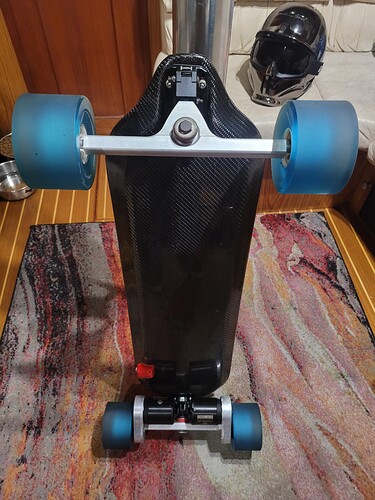 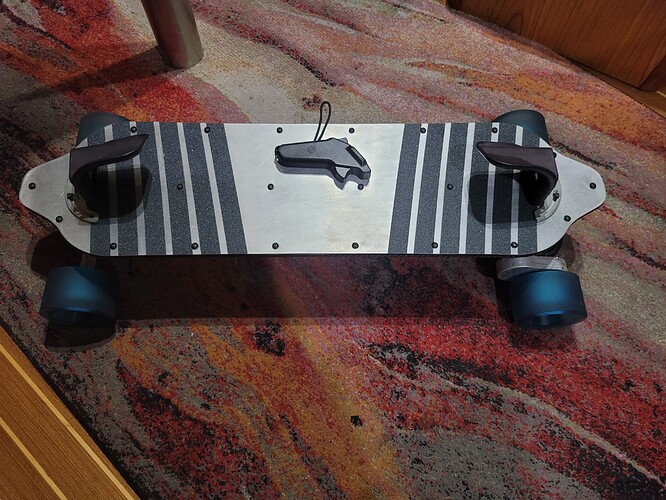 TTL is @Ricco but I don’t think he’s here yet. Can’t wait for those pics

Edit : in the house! 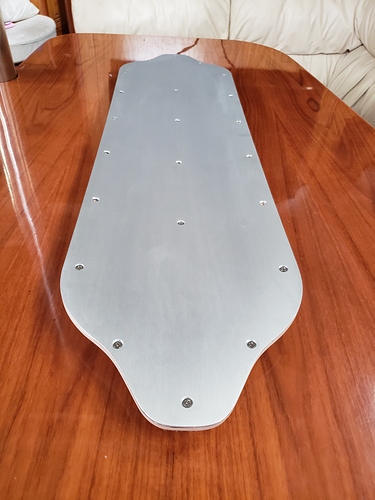 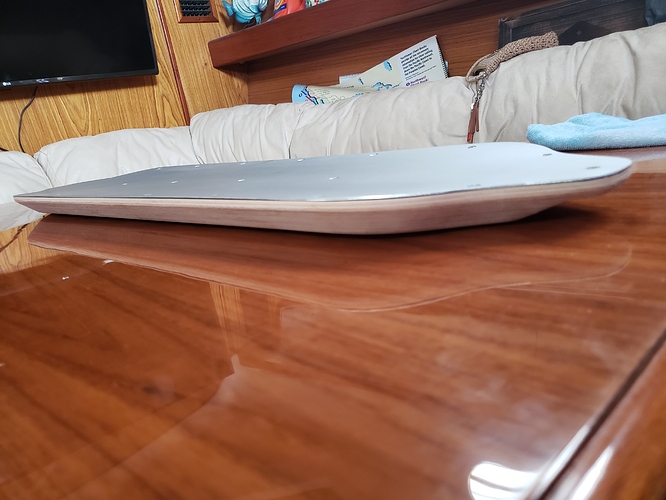 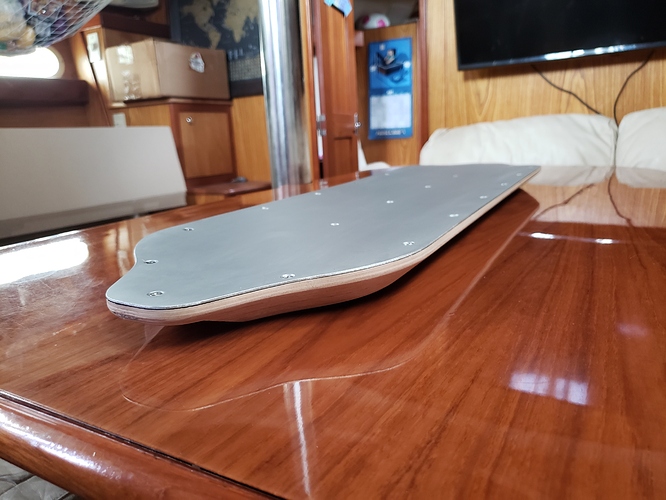 My HAYA deck also arrived today but I’m away on vacation until Sunday! Can’t wait to see it in person.

Do you have all your parts already for the build? The only thing I’m missing now are some RKP Surfrodz trucks.

The last thing I need now are the Hammock adjustable baseplates. But I have a set of paris baseplates for the time being.

So the Aluminized Fiberglass came in and they sent me normal Carbon weave. They will also not take it back. Super pissed. Looks like I’ll be using silver brake caliper paint and poly gloss finish for the underside of the haya.

Small update. My 21700’s with PCB’s are slightly tall. Maybe .5mm, but enough to make me hesitant. I decided to order a 1.6mm pure rubber sheet large enough to cut several one piece gaskets should drastically increase water resistance. Meanwhile I’m printing the tpu risers for the G-bomb brackets and and petg Vesc enclosure. Finaly I’m waiting for a good day to paint the deck.

First one done gets the name! Lol. How silver is yours? 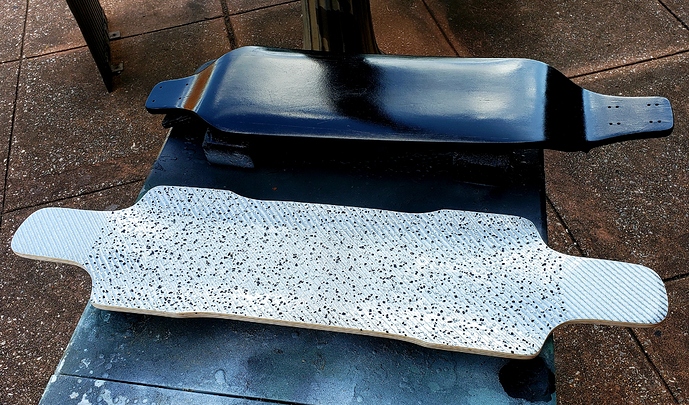 I didn’t really answer the question before

Mine isn’t so silver, but I might cut some patters into the griptape to make it more silver

Moving slowly, but tonight I’ll be ready to laminate the carbon fiber. I was just going to use this stainless steel paint but seeing that haya break worried me because I use bindings and jump curbs and stuff. 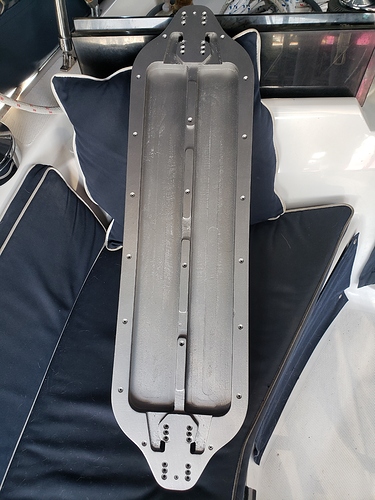 Underside done, just need to add clear coat and the deck is ready for electronics. I’m happy with the outcome even though it’s not that awesome looking aluminized fiberglass. 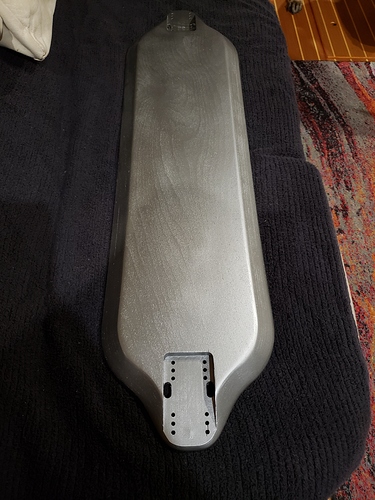 The clear coat yellowed on me so I’ve been busy sanding it off. Halfway done… 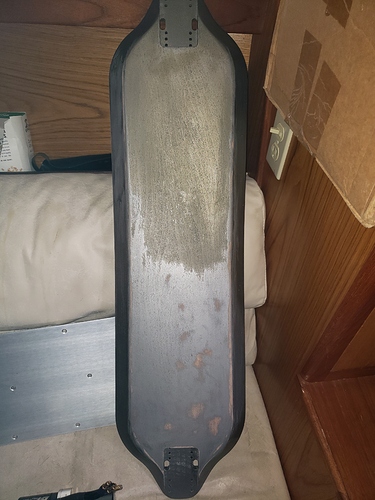