If you’re using a Haggyboard’s drive kit with motors that have an 8mm shaft and a keyway instead of a flat spot, I may have something for you soon.

I love the Kahua trucks and haggy mounts, they’re amazeballs. So I wanted another gearing option for speed when using them with my motors (Maytech sealed 6374 190kv) 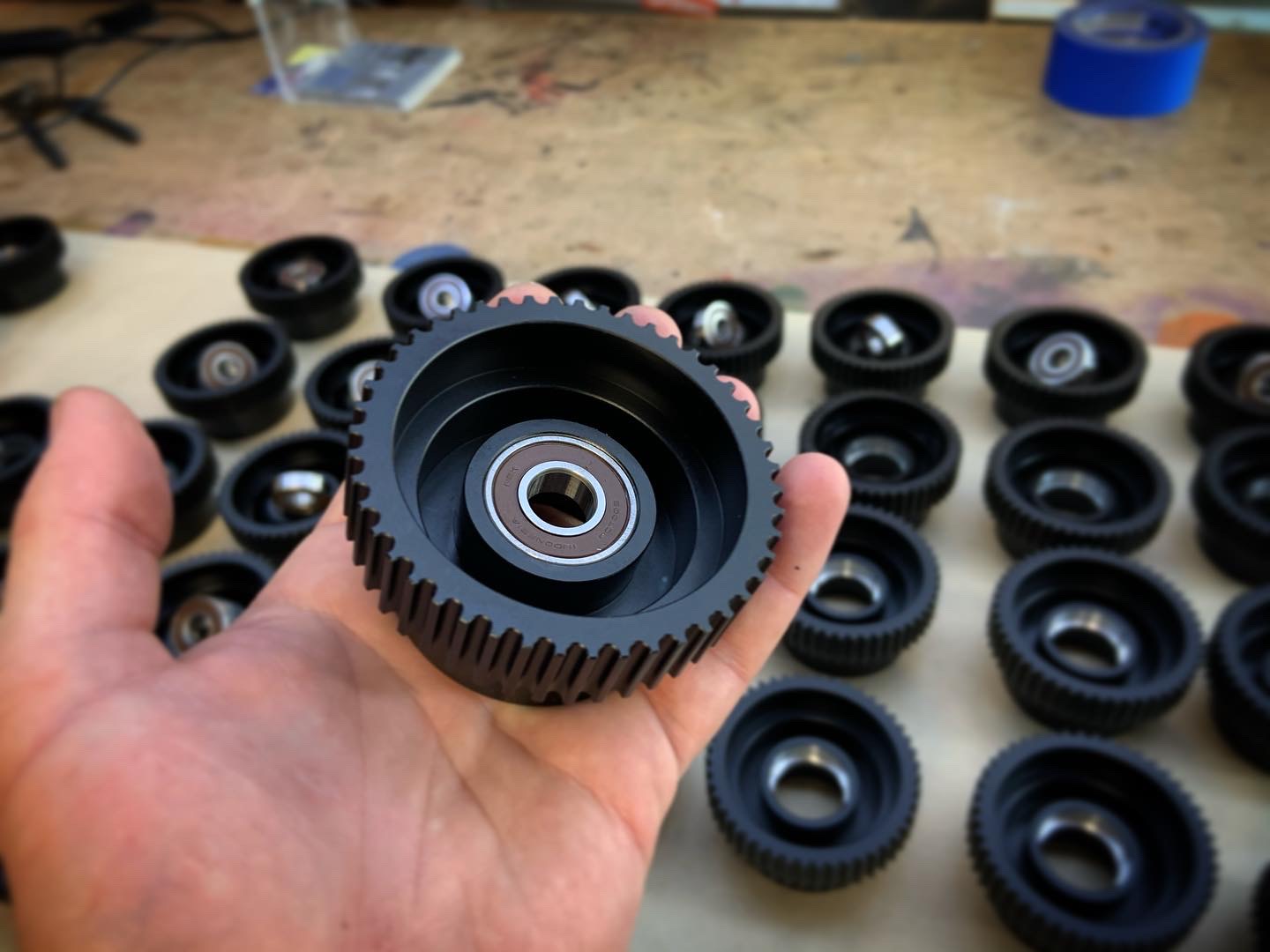 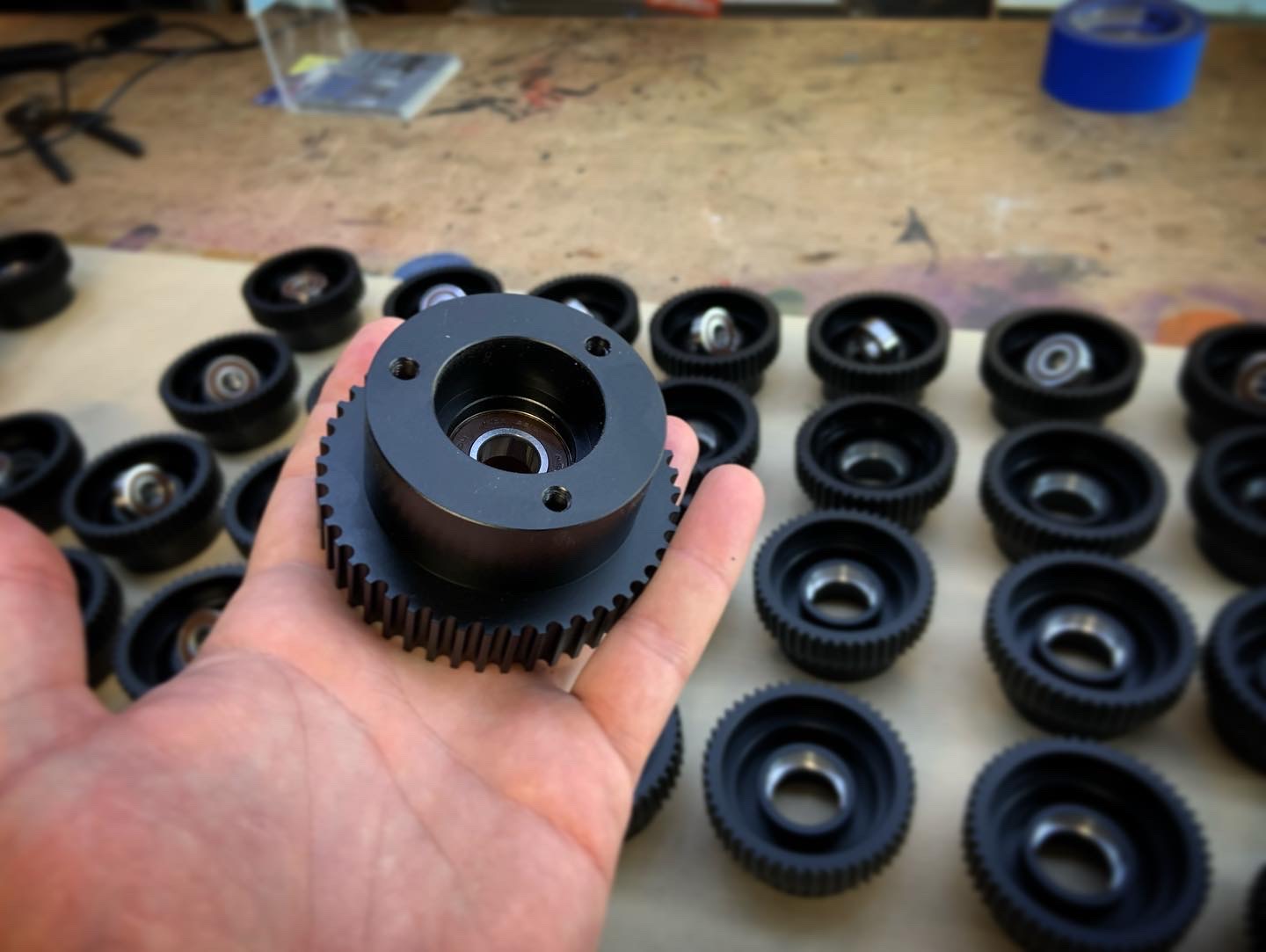 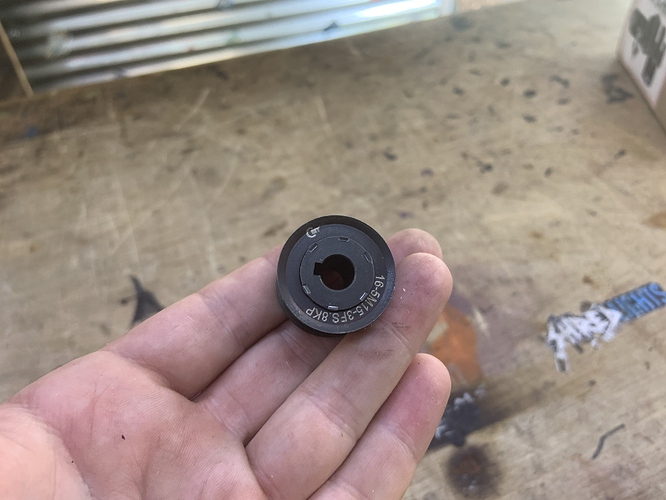 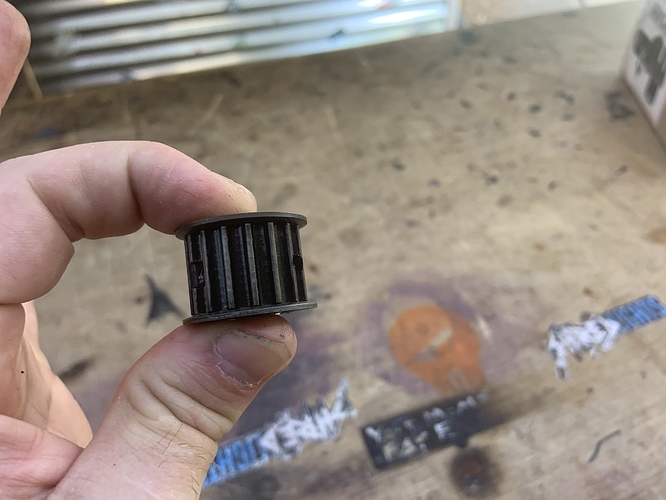 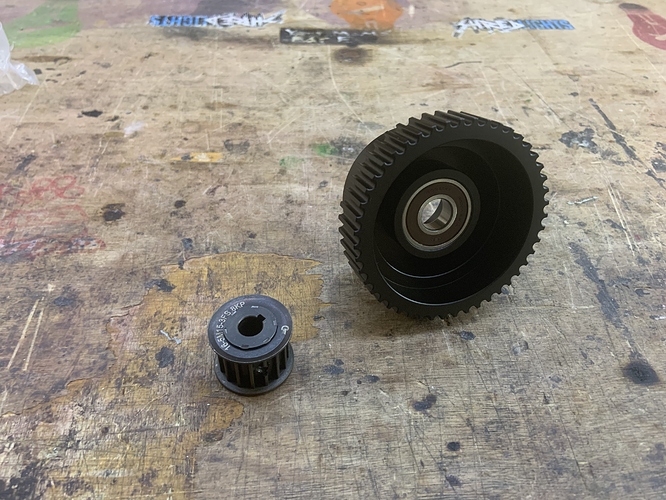 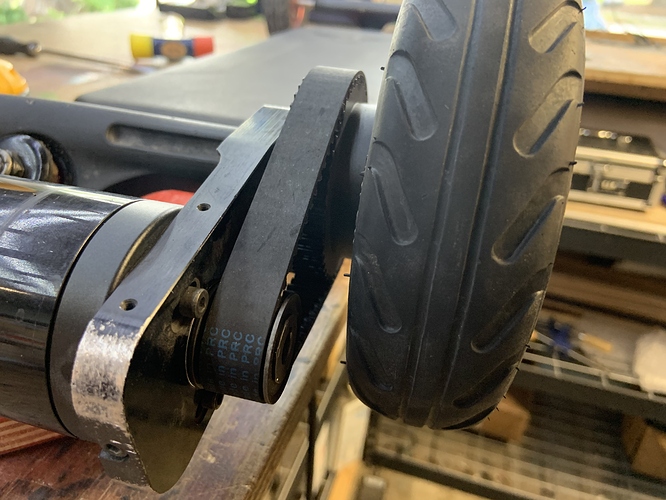 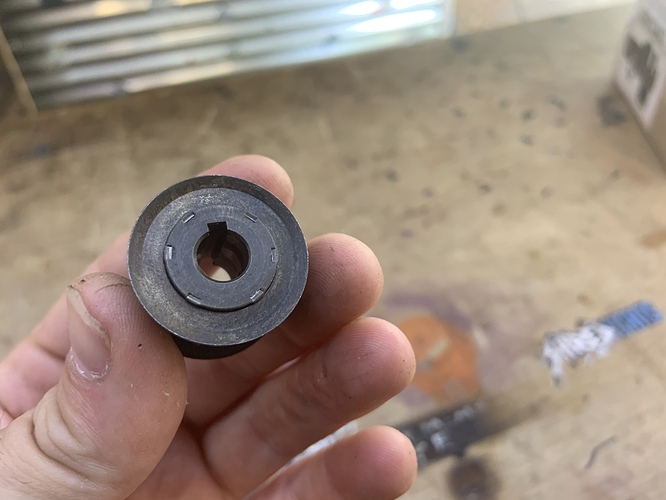 This bumps it up to a 16/47 for a theoretical top end of around or close to 45mp at 12S on 190kv with Haggy rims and 6” clever tires. It also smooths out the low end a lot which is nice on street boards. It’s still quick on start, but much faster on the top.

I had these made for my belt drive builds, but I’m probably not going to use them all.

You can still use the 5M 365 belt that comes with the original haggy kit.

If there’s enough interest I would consider making it a kit with four pulleys (two wheel and two motor pulleys with bearings already pressed into the wheel pulley since I’ve done that already on all of them) and 120 deg oppositional (to the keyway) grubs in the motor pulleys.

So creepy but such a good idea still.

What’s creepy about this? Want to get in my van and talk about it?

speeds away on my new upgraded haggyboard

Want to get in my van and talk about it?

You can still use the 5M 365 belt that comes with the original haggy kit.

Same motor mount but smaller wheel pulley (and slightly bigger motor pulley), What am I missing, how can it be the same length?

by moving the motor position adjustment (belt tension) all the way toward the wheel. I’ve got the 365’s on there now. I thought the same until I tried it.

I’ve been riding around like this for a couple months now, I was using torqurboards’ 16T pulleys until mine showed up since they also had a double flange which is required for a flangless wheel pulley.

Oh wait, ignore. Shipping to @Sender is sufficient!
So yup, im in.

(would already be happy with wheel pulleys alone, whatever makes it easier for you)

So you’re saying I can go faster with my stock haggy setup that maxes out at 34mph ish? 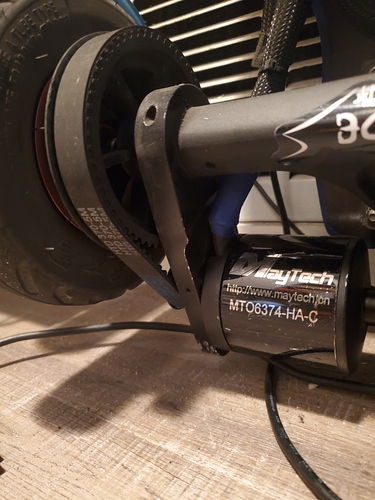 Are the bergs or haggyboards rims the same bolt pattern as dickyho???

Ooooo i’d definitely take some of those wheel pulley’s. Supposedly Timo is working on getting some 16T D shaped motor pulley’s. Your’s are for Keyway 8mm shafts right?

What’s the Outer diameter measurement of the ring that mates up with wheel hub?

How much and when can I one order

No they are not

Nice work. I don’t own those gear but great solution.

I’ll upload the 2d drawing of the pulley later

I commissioned these pulleys for damon. The quality of the pulleys is really good, best I have ever made.The bearing seat is machined after anodizing to maintain tolerances. Theyll work on 8,10,12mm axles.

As you can tell the fit is great on a Kahua setup. 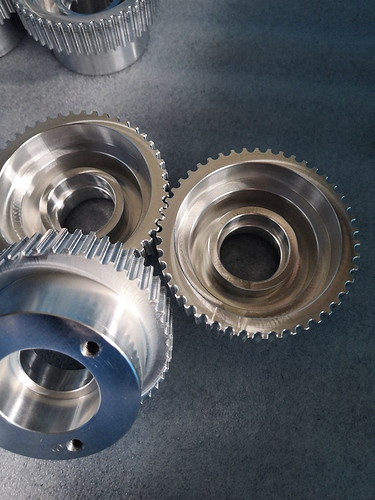 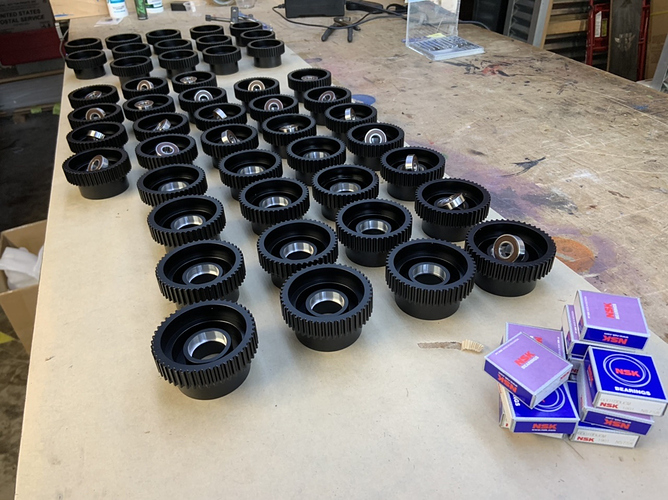 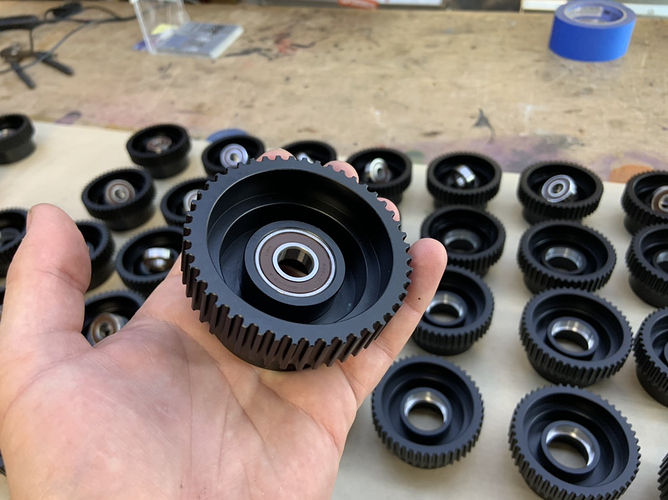 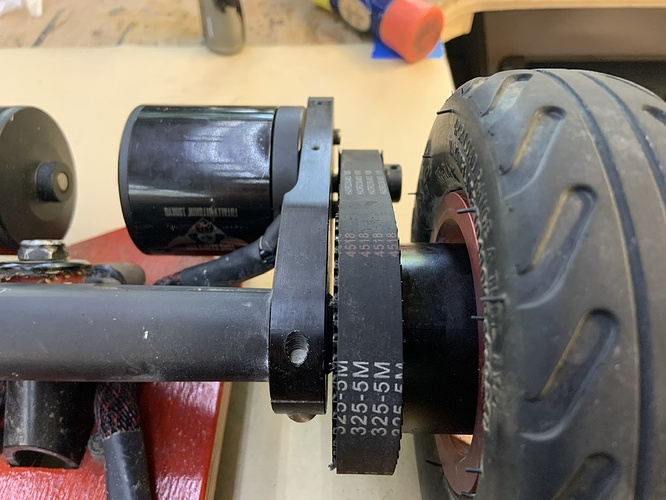 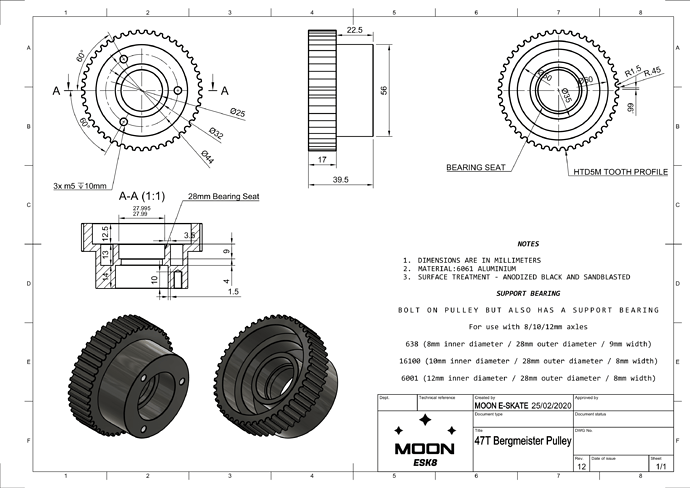 You got some madmoon skills