I soldered two of these little 30A fuses in parallel to a XT90S. They will be coated in liquid electric tape to prevent water getting into the fuses. In theory you could do this for a reasonable powerful board with with larger 80A blade fuses, but I intend to use a fuse holder on my from scratch build.

The zboard 2 blue I’m converting isn’t exactly high power. Max battery amps will be set to 25A. Hopefully that gives me enough head room so the fuse won’t kill me. It still has the original battery 10s originally 6.6ah battery using god knows what cells 2p or 3p (I plan to replace it). 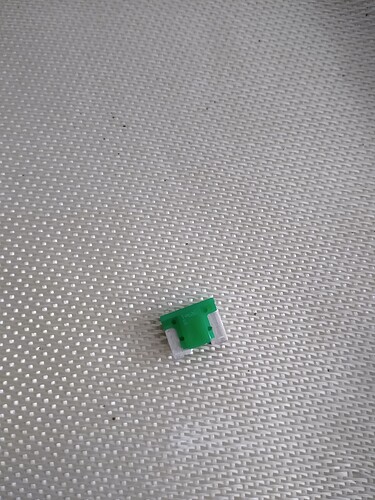 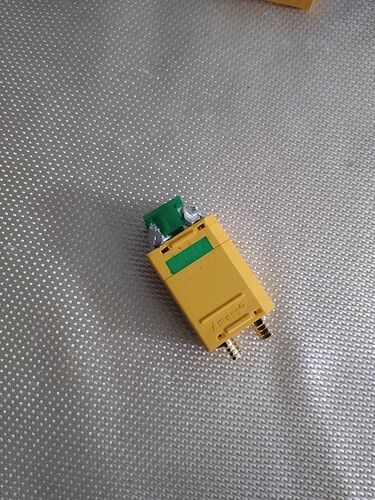 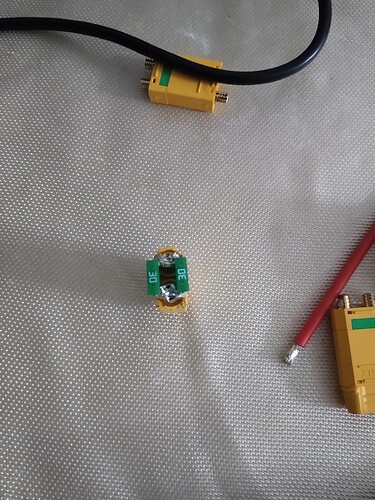 I personally am not a believer in fusing anything except the charge port. I’d rather my board catch on fire but let me still have brakes

Good luck with your setup though, hope it works for you

What exactly is your reasoning for having the fuse?

Just an extra layer of fire safety.
I’m aware of the sentiment against fuses, but I’m not sure it warranted. I doubt a vesc 6 derivative will allow amount more than max for several 10 or more seconds. Do you know if fuses blowing have actually caused crashes? I suspect even if everyone fused crashes due to esc failures would continue to be a far larger problem.

Just make sure you know the failure modes of your remote.

crashes due to esc failures would continue to be a far larger problem.

Having the fuse increases the risk in my opinon

Also as other user mentioned, make sure you know what the failure mode is

On some hobbywing esc’s the failure mode is full brake

It may be dangerous.

What is the relevance of the failure modes of my remote? I use a ppm remote the only info it gives me is blinking red when it’s unavailable to connect.

This build is using a spintend single ubox.
I understand testing what happens when a remote disconnects, but I’m unclear how that relates to fusing?

Wait actually that is a good point, I was just following what the other guy said

@marketthrowaway what exactly did you mean lol

Also, in the case of that single spintend, it feels silly to limit it to a max of 60a if you plan to replace the battery eventually… Although I suppose you could always replace the loop key

The motor is shit, it gets hot at less than 30A.
When I replace the battery it won’t be to make a powerful board. It’ll be for better range and better quality safer cells. I have a from scratch, powerful dual ubox climbing build, that I’m still gathering parts for. The zboard get’s a ubox, so I don’t have to worry. Edit (I hate typing on my phone)

Just make sure you know the failure modes of your remote.

Eh? How exactly that would help in case the fuse blows?

the fused loop key might be the vaccine to delta, we just dont know it yet

Not only do I not recommend fusing the loop key at all, but connecting fuses in parallel is not simply doubling their rating.

And then you’ve achieved what you’ve set out to do: cut your own brakes at some random moment in time.         wait, what? you really want to do that?

Just fuse the charge port, and not the discharge path.

I think one should think about other scenarios than falling off the board. There are people around who could get harmed. Lets say the board gets run over in traffic, battery shorted… fire!

Any such event I want to avoid since it could lead to catastrophe. At least one should have the mindset that one is not alone. I take a broken arm before hurting someone else with my electrified death rocket.

The fuse could be picked so that it won’t suddenly blow while riding. Ive never heard about this ever happen.

If the esc decides to suddenly go into over power mode, consuming tons of current, something is obviously malfunctioning in the esc…and people would be thrown off anyway.

To me it seems more likely that the drv or antispark pops before a fuse would. But that has not stopped anyone.

I have a 125A loopkey fuse and I hit close to 120A frequently on my route to work. Has held up for more than a year.( Yes the tolerance is a bit small and I should do something about it) 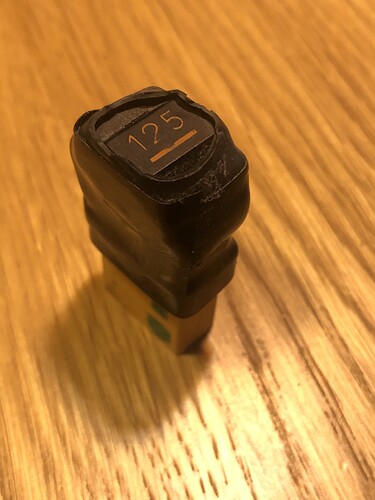 If your board gets literally run over by a car, the loop key fuse is not going to do anything to stop it from catching on fire

Anyways, how often are people really killing escs these days

I’m aware of the limitations of placing fuses in parallel. I understand it to be not as simple as the oft quoted don’t place fuses in parallel. The limitations come from using different fuses, manufacturing differences between fuses of the same model, and the by products of non symmetric circuits. All of this means the rating of two of the same model fuse in parallel will be less sum of both ratings and significantly more than each fuse’s rating. Am I missing something?

In this case my circuit is nearly symmetric (slight difference due to soldering), both fuses are rated at 30A, standard blow, the max continuous rating of each fuse is 5A more than the expected max continuous load on the entire circuit. I only feel comfortable doubling my expected load because the math says my battery pack even in the worst case (if it was composed of high capacity, high internal resistance cells in 10s2p) would still produce an astronomical amount of current when shorted blowing the fuse before thermal runaway (see fuse datasheet on mouser).

I could be convinced to use one of the larger 80A fuses I have on hand, or that I calculated the short circuit current wrong and need to use a smaller fuse. The thing I am most worried about is using the wrong range of numbers for the time required for a shorted cell to begin thermal runaway. Hard to find good data for this, and it’s an influential variable in my calculation.

I’ve read various threads of arguments and I’m not likely to be convinced not to use a discharge fuse.

And then you’ve achieved what you’ve set out to do: cut your own brakes at some random moment in time.

Has this ever happened to anyone?
Can someone show me a log where breaking produces more than continuous max battery amps? That would be pretty convincing.

Can someone show me a log where breaking produces more than continuous max battery amps?

This is not what it’s about.

If the fuse on your main power leads blows, you lose all possibility of controlling your board, including braking.