Selling for $2,150 plus shipping Leaving the hobby for medical reasons (you don’t heal that well when you are 48 years old!) 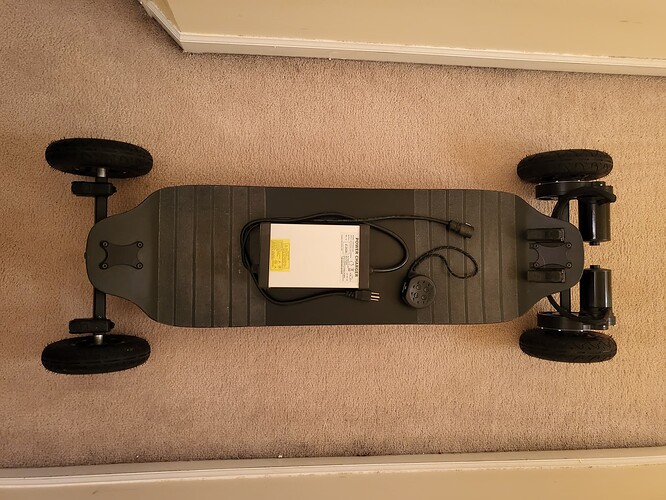 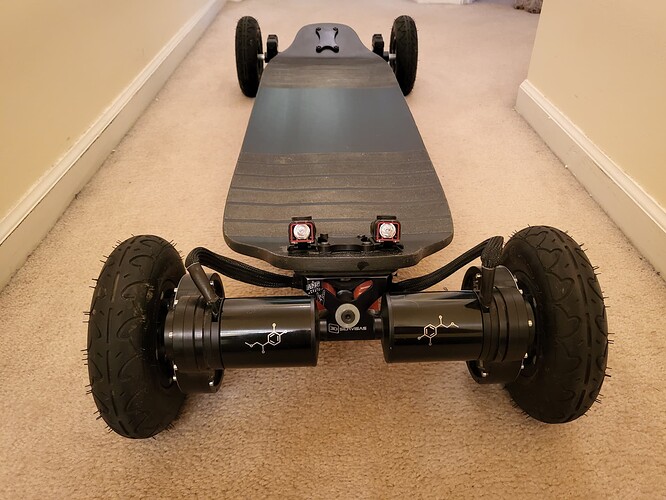 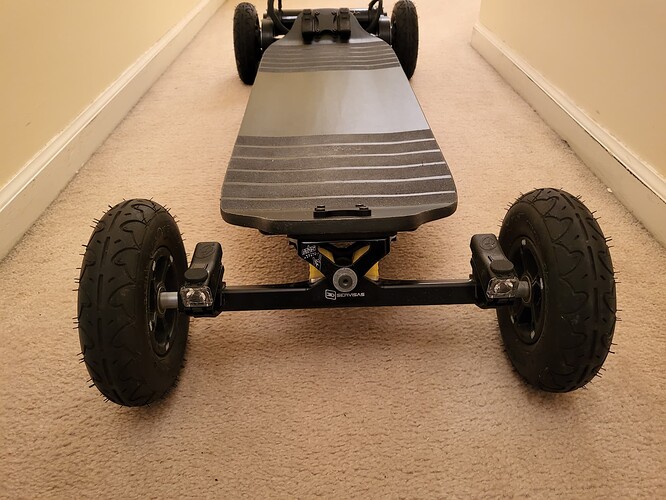 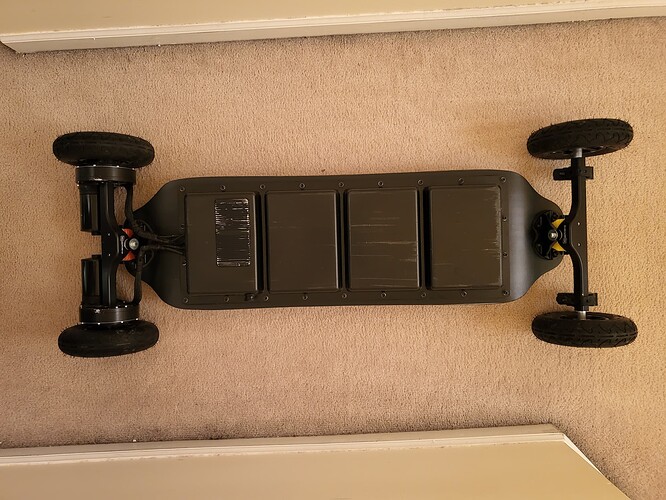 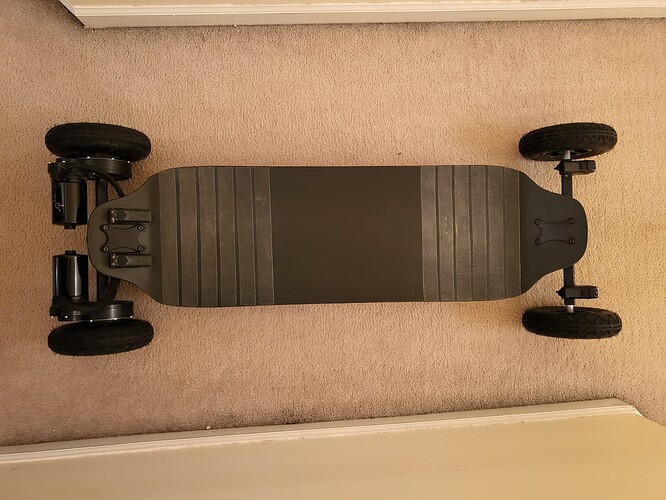 Man this is sick. I’ve been considering almost exactly this setup for my first build (currently have an ownboard Zeus, need more power), but now I’m second guessing building it vs buying your perfect one. I tried doing the eskate calculator but I’m kinda a noob and not sure I put the values in correctly for your specs. What kind of real world top speed and range are you getting and what’s your weight? How would you describe the torque? I know that’s a vague question but I wouldn’t know a calculation into newton meters or pound foot and wouldn’t know what a good number is anyway. Maybe in comparison to other boards? Sorry if that’s a weird question it’s just that I’m looking for the most torque possible with a top speed of 40-50 (I’m a noob builder, not a noob rider). Thx!

Based on math, it’s probably in the 36-40mph top speed window. The range will depend on how ballsy you are with the throttle but should be longer than your legs can take.

I would say around 40 mph is close, I never went over 30 but it definitely had more to go. As far as torque it has plenty. I weigh 200 ish pounds and had it out for one 40 mile trip getting after it most of the time and had 40 percent battery left at the end

Stay active in the community Dan the Man! Unless it hurts too much emotionally.

@xsynatic sad on this one