Hi all,
finally I got my motor and everything setup. I run the whole thing on 48V batteries. The motor uses approx. 80A constant with 120A peak.
So judging by the specs the controller should be able to handle it. However, going uphill the controller gets too hot and shuts down.
Am I overusing the controller?
If so, would you have a recommendation for a good but buyable controller with 120-150A constant?
Thanks a lot,
Marc

Most controllers that can run that much current are going to need some cooling aids. A good way to do this is to mount the controller to a heatsink with externally exposed cooling fins, this usually solves most heating issues

I did a thermal analysis on the old and new version of this. Basically the new one with the aluminum PCB is amazing and the old one is one of the worst performing controller thermally that I’ve seen. The only one worse is the original 4.12.

I got my hands on the aluminum single PCB version that my friend is going to use on his eBike. Some good news, some areas for improvement. The 75_100_v2 firmware will work better than the 75_300_R2 that it ships with The stock firmware is limited to 72v, and has a bunch of hardware configs that don’t match the actual hardware (phase filters, phase shunts, etc). The custom firmware can go up to 120v, but not recommended to go over 96v. [Flipsky 75100 Alum] Design issues Capacitors still …

Thanks a lot for the quick replies. So there is hope!?
This is the version I‘m using: 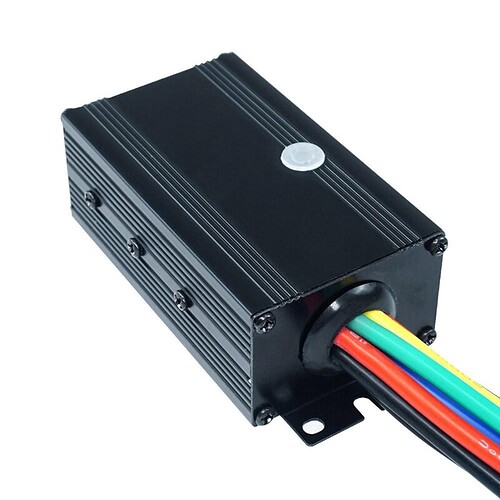 Can you elaborate on the heatsink and fins stuff a bit? Ideally with a picture or reference. I have no clue what to do.

Thanks a lot, Marc

I run the whole thing on 48V batteries.

There are some good pictures and examples if you scroll through that firmware thread.

Since these are through hole mosfets, you could try to find some lower RDS On mosfets and swap them out with a basic soldering iron… but I think that package just has its limitations. Probably better off selling it and getting the aluminum PCB version. Still a great price at 130. Not sure if it’s also a stolen design though…

Thanks guys. I‘ll rethink my design, try and put the controller into direct airflow and also glue some heatsinks to the back. I‘ll keep you posted.
If it doesn’t work, I‘ll switch the controller.
The new version looks still much better than a suitable Kelly controller…

Since these are through hole mosfets, you could try to find some lower RDS On mosfets…

It’s a multiple of 4

I read some more and learned that the controller should 2x-3x the capacity of the motor. This would man 160-240A continuous is that true!?

Precisely.
I know people and some companies calculate using 4v per cell which is easier but it’s the same with 1GB being 1000MB which is just not true. It’s 1024MB.
The good thing is you say 12s and people know what you mean.

The “48V” is not a calculation or number, it’s a name. Just like George is a name. That’s why it’s called “nominal”. You can’t use names in place of measurements when engineering vehicles.

Can we try and focus on the heat issue and/or alternative controller?
Thanks a lot. 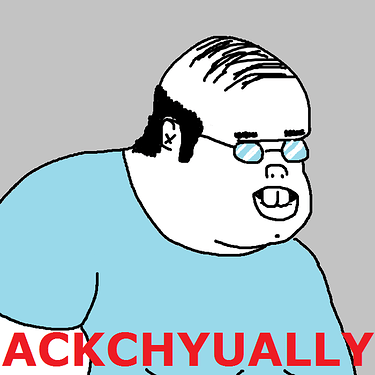 Because retailers had a different language than engineers, this caused a ton of strife which culminated in the official designations of Gigabytes vs. Gibibytes to differentiate between marketing speak and engineering language.

Alright, we’ll call it a draw.
Sorry for the OT.

No the engineers straight up lost the data nomenclature battle.

I just pray we can win the battery voltage fight.