I came across this and thought it’s super interesting. In France some students repurposed chewing gum and turned them into skateboarding wheels.

Any other examples of how we can give ‘trash’ a second life in ESK8? Maybe in board builds? 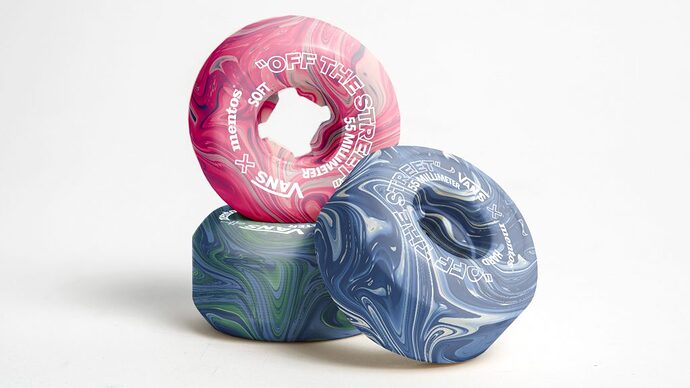 Students create system for collecting and recycling chewing gum into...

The only piece of an esk8 I would trust being made from trash is the enclosure. Why gamble your safety on literal trash?

Well why not make the enclosure out of fire resistant material as well in case it catches fire?

in case it catches fire?

Do you really expect products made from trash (first of all, who is processing this? The whole ‘reuse/recycle’ sthick is only supposed to be used after you ‘reduce’, not to mention that it would take a ton of money and probably produce more waste throughout the process - rendering it useless-) to have the same amount of strength as a purpose made product for that application from stronger materials?

I genuinely cant think of any items that don’t directly impact your safety while riding on an esk8 than the enclosure, if their strength is compromised. Motor mounts? No. Trucks? No. Wheels? No. Deck? … maybe…

You build batteries that don’t have the potential to catch fire? So I can ride at 50kmph and if a nail goes through the enclosure 100% won’t catch fire?

nail goes through the enclosure

This wont happen because my enclosures arent made from (literal) trash

No, I implied that if I had to use trash, then the enclosure would be the only piece I would even consider it for. Im not making one because thats a waste of time.

My enclosures (lets keep it a whole bean, theyre Eboosted enclosures, I dont have the skill or time or fucks to give to make my own) are made from fiberglass. If you think thats insufficient, please show me some evidence to support your claim.

nail goes through the enclosure

that’s an unpredictable variables, u can’t judge something’s strength just because a certain situation will kill it instantly. like how bulletproof kevlar jacket is, but u decide to burn the person wearing it instead.

im not saying battery fire isn’t a thing, but battery builder here have a higher than normal standard, and we try to minimize any problem it may occur during the pack’s lifetime, but if u decide to shoot a nail into the pack, it exploding is on u man, nothing to do with how the pack is constructed for general use case.

I get what ur saying, I’m all for building high quality enclosures and battery packs that don’t catch fire. But a nail going through the enclosure is a predictable variable when riding 30-50kmph on the roads. All kinds of stuff can go through the enclosure and get in the battery, heck many peoples battery enclosures are made from durable plastic pelicases, some fabric enclosures provide no protection so the point is in this type of sport batteries do catch fire no matter how well you build them🔥

I’m just curious why you would consider making an enclosure out of ‘trash’ when it’s such a vital part which protects the battery from catching fire when riding down the road at high speed. I mean why gamble your safety?

But a nail going through the enclosure is a predictable variable

heck many peoples battery enclosures are made from durable plastic pelicases

I don’t know for sure but I’d bet that these enclosures are of comparable strength to fiberglass (at least in regards to a nail puncturing them), so I don’t see your point… and even then they usually sit ontop of the board due to their thickness.

Please show me some of these, if they exist its news to me.

I’m just curious why you would consider making an enclosure out of ‘trash’ when it’s such a vital part which protects the battery from catching fire when riding down the road at high speed. I mean why gamble your safety?

Because its like what @frame.b022 said, we have batteries that are made to stay together on their own, without the help of an enclosure. If the enclosure is made from trash you can bet your skin i’d make that thing thick as hell to compensate for its weakness, but thats completely unrelated to how the battery is going to perform.

I mean why gamble your safety?

Thats what im wondering since you made the thread. Why use trash?

@ahrav crazy dude
@mackann bioboards, nuff said
@DEEIF fastest kid on the block
@Arzamenable 8 motors madness
how many nails u guys have on ur enclosure that went through and cause the battery to catch on fire before? or if any

I see why you might feel that way since you completely missed the point from the start.

You can use old bamboo that’s ‘trash’ to make a deck out of instead of throwing it away for example. Or I don’t know maybe this guy has some ideas: 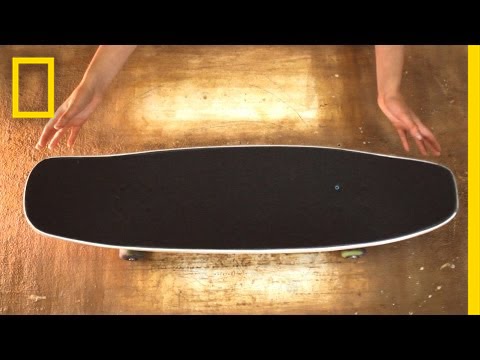 I didn’t misunderstand anything, you’re talking about using trash to make esk8 components.

Maybe you should have opened the discussion with that.

if a nail goes through the enclosure 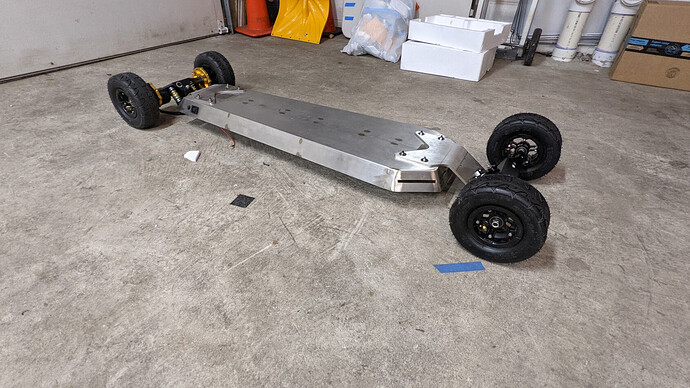 What’s that made out of?