Hello everyone! I want to introduce my first build. It has a few revisions, not the fanciest build, but overall I am very happy with what I could achieve as a 16-17-18 year old with limited funds… Yes this build has not reached a finished state for a long time.

Then came the second revision! I started ordering parts for this in November 2020. This phase lasted until around July 2021.
Most parts have changed. Only the remote, the battery, and the charger stayed (for now at least). This is already getting closer to a decent build.

The third revision was finished in 2022 June, took about an year as I was super busy during my last year at high school. Basically the TLDR is I hugely improved the truck feel and converted to dual drive. Also cleaned up the rear enclosure a bit, although still looks messy.

In the future I plan to get a real Davega X, and make a slimmer ESC enclosure. Also might glass and even skin the deck. A more trustworthy remote would also be nice.

Feel free to ask any question

They are v0.9 from a groupbuy made by doomy

Oh right an update on the receiver I owe you, It got returned to me yesterday, so I just sent a complete remote which is already on its way.

Oh, thats a little more waiting. Well, thanks for trying everything to fix my issue

I screwed the battery enclosure on using washers below every nut. Didn’t quite work out well. 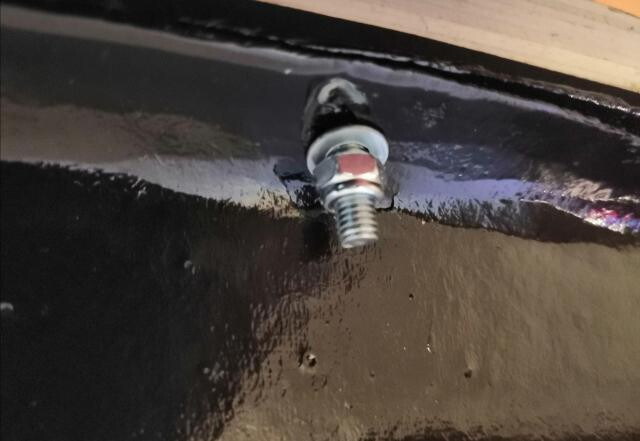 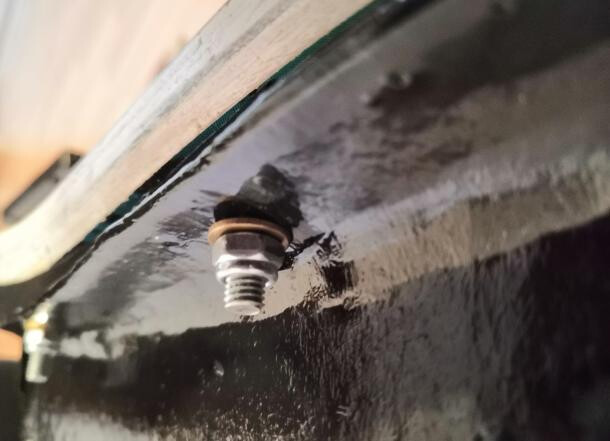 As you can see, the enclosure cracked in a few places. The problem was that I couldn’t get the sides the right angle when I did the enclosure. Also my gasket is a thick and quite hard neoprene foam, I guess that didn’t help either. A D shaped rubber gasket would have been better. So it’s now guaranteed that I will remake this enclosure. For now, I will see how well it holds up, I would like to be able to use it until spring… I want to remake it outside my house, but that would require 20C plus ambient temperature. I will be checking regularly whether the cracks get worse. For now I will fill the cracks with silicone.

I have also noticed that my front axles are a little bit bent. 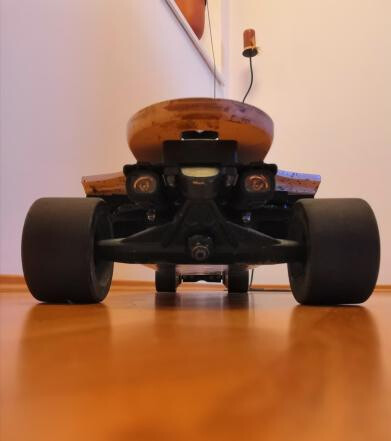 I think it’s still safe to ride it for a while, but I will have to check it from time to time. (I don’t want to buy new trucks right now.)

And lastly, I have been thinking about changing my front wheels to 115mm rubber wheels from Onsra. I have them on a pushboard currently, but pushing them is like a workout. The rolling resistance is so much more, I have to push even when going down the hill where I have been studying and practising slides on 70mm thanes.

So the benefits of this change would be:

Also do you have any thoughts on what drivetrain i should be saving up for? Boardnamics gears with 6374s or elofty DD? I kinda like the idea of trying out a truck thats not RKP, but I also want to be able to easily reach 50kph uphill… I am torn between these two options. Both have their pros and cons. Btw I think I will have enough money to do the upgrade either in spring or in the summer. At least I hope so. If my current motors will need to be replaced before that, I think I will have to go with the cheaper option of the two however.

For now I will fill the cracks with silicone.

Alright, thanks! Than I will also sand the paint down near the cracks so it can stick better

Next update! The VX1 from @Anubis is here and it works

So I did a test ride. Lets say things did not went according to plan

I will buy an NRF module, but shipping is gonna take a while. When I bought the HM-10 I thought NRF modules are all 20$ plus, but they are only slightly more expensive on ali than the HM-10 lol

One USB port is easy to fix (the one that broke off) but I am not so sure about the other one that was broken from the start. That one is physically good. Maybe the firmware is problematic, I have no idea.

Btw do you have any idea about the canbus problem?

Also mounting the receiver in a metal enclosure probably wasn’t the brightest idea.

Getting a remote with an external antenna would be smart. Or mounting your receiver in a external enclosure of some sort that isn’t metal. Yeah, Hoyt Puck is kinda the only thing that has a chance in that scenario, if even.

I will mount the receiver in a plastic box on top of the metal esc enclosure. I think that’s my cheapest option

Somewhat of an update:

So the question is which VESC would you go with for 12S 250$ shipped?

What wheels would you be using? You might get wheelbite with Boardnamics trucks and the Switchblade

Onsra 115mm rubber. They are offset wheels so that helps a bit. 270 would clear the deck. I would use regular caliber baseplates and that also helps a bit compared to boardnamics baseplates.
I am also buying an earthwing supermodel drop, so if this doesn’t work out I can switch the deck to that. If this deck would fit the wheels I will use the other as a pushboard

Another vote for DV6, I dont build higher than 12s for esk8.

Thanks for helping me decide to go with Makerx! I just ordered a DV6

I hope it won’t get caught by customs, 27% VAT absolutely would suck

Hopefully they take the same route for you too