This board is dedicated to my girlfriend who designed the graphic whose booty is out of this world and to @moon whose booty is probably just as juicy. The original plan was for this board to have moon’s gear drives, but I sold it to a tree

Thanks to everyone on this list and especially @DEEIF for letting me steal his build and helping me with the set up along the way. This dude had to send me videos on the trucks just to help my dumb ass. Much appreciated!

First up! @kook scared the ever living shit out of me when he realized that the enclosure would probably get in the way because of the heavy drop of the Evo. I had no way of confirming this until I slapped it on. There was decent clearance to the deck

Tried on the enclosure for a mock fit and it fits fine. Time to install threaded inserts! Not gonna lie, this is the first time I’ve ever done this. 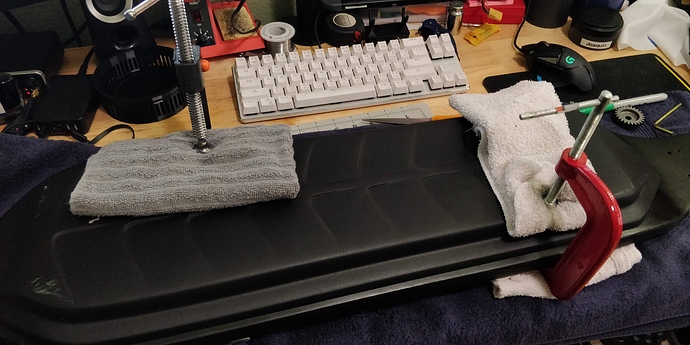 I probably should have used more c clamps but I’m too young and stupid to head downstairs to the garage. @Venom121212 and @b264 recommended a few strategies for making sure I don’t drill straight through so I took my important measurements and went to work 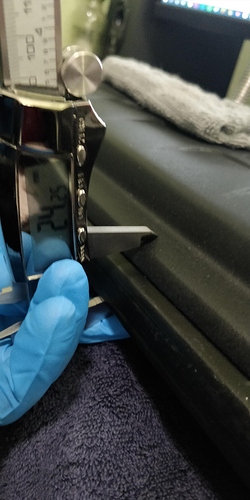 Picked up some @mmaner Mini kit and it helped out a lot. Pretty much used half the kit for this board. Thanks man!

Safety first! The dust that comes out when I started drilling the enclosure was super fine, smelled funny, and tasted weird. Needs more spice. Shitty pics for osha requirements

After drilling out the holes, used a little bit of epoxy for the inserts. Now that’s done. Time for the motors. When I test fitted the gears and the wheels, it was obvious the shaft was about 9mm too long and it was in the way of the wheel hubs. I did not want to drive 10 min to my work to use the machinery there, so I did the next best thing. I watched the Prestige (which was recommended on the Film Enthusiasts thread. By the time the movie was over, I had finished chopping down the shaft. Should I have removed the shaft completely to prevent shavings from entering the magnets? Probably, but it was around 2am and I was high ofc. 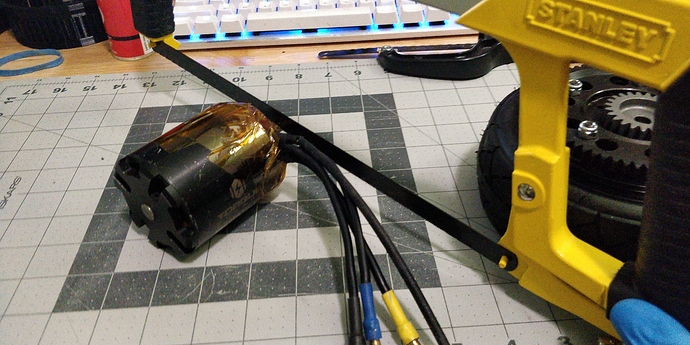 uhhh. I don’t know what happened after the 4am mark, but after installing the battery, I guess I stopped taking photos. Also yes, I couldve built the battery myself, but I was too damn impatient. That’s a box of dozens of cells in the back lol. But seriously, thanks to Bara. I had asked for a 12s5p to fit inside the SS but the original BMS he had planned would not have fit so he hooked me up with a smaller 13s BMS even though I had already paid. That’s some excellent customer service right thurr. 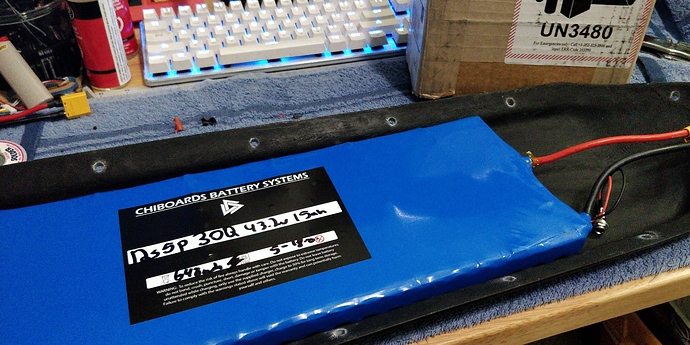 But I finished it! The hardest part for sure was when I was installing the trigger for the puck. That spring is really annoying to work with.

I haven’t test ridden it yet because I totally neglected my girlfriend for 24 hours building this board. 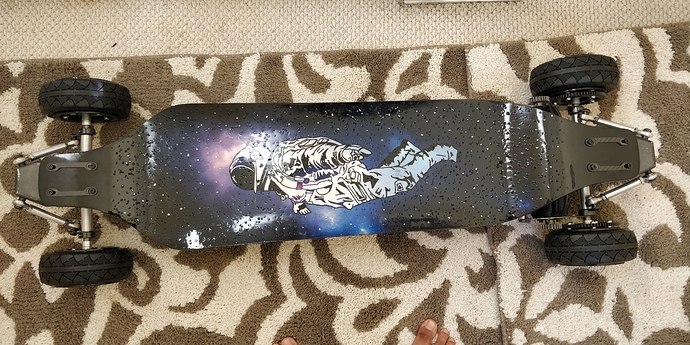 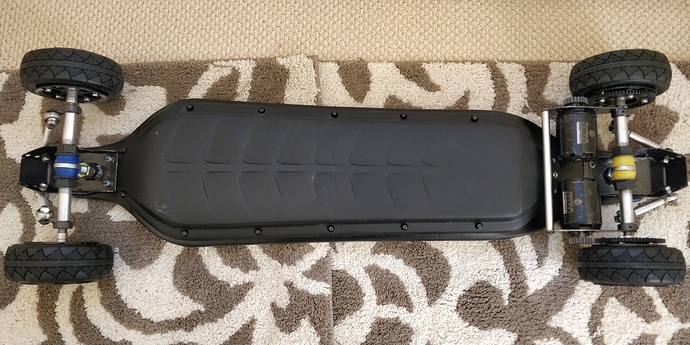 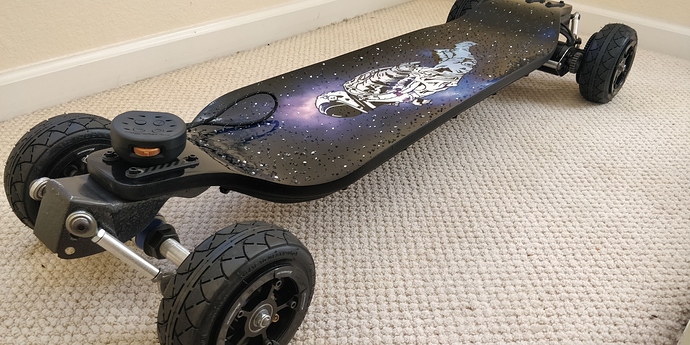 Next on the DIY list, Trampa carver and Fluxmotion

Stoked to be a part of this build!!

i hate that fucking chair. I literally throw hundreds on stupid shit, but when it comes to a chair upgrade, shit instantly sounds expensive

Nice work! Let us know how it rides!

Where did you get the spacer for these?

Do you have more information about this? Which wheel hubs are they?

He did them himself, but they’re essentially Trampa superstar hubs or the 190mm metroboard AT wheels that he added an aluminum spacer and the 155mm metroboard tires, I believe

He did them himself

I will let @Jujo explain I put pic in the meantime 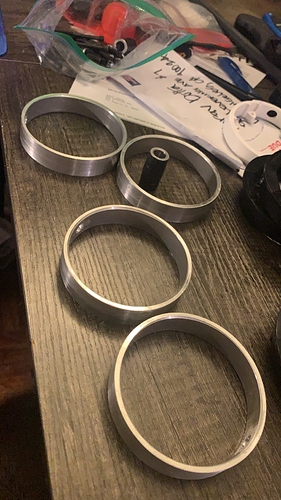 the legend himself, @MoeStooge. I actually was on the fence about it because I didn’t know if it was a huge difference between widened and non-widened hubs, but they looked dope so I pulled the trigger on them

I actually was on the fence about it

I may have had some convincing

On another note, glad you got this together nice and fast man! Stellar board!

If you need any help just pm me. Now your next goal is to come down here and race

I’ll actually be hitting up Oregon and Seattle in a couple weeks for a wedding, but I’ll try to find some time to check some trails out. Then in a couple months, I’ll be heading to Irvine to visit the sister so maybe then

Then in a couple months, I’ll be heading to Irvine to visit the sister so maybe then

(Actually can’t remember if you are in Cali

Remember, this goes to anyone on 3links, FOR THE FIRST 20 miles at least ride with them at MAX looseness. It has saved me so many times from falling since I know how they react to bumps etc. if you want the “Science” behind this then just pm me and I can go more into detail with my experiences.