we don’t need to go there lol , the most important thing to know is it cast or cnc

Small update: Their customer service/ support team have not seen this failure before either which makes sense since I couldn’t find anyone else posting about a failure online. They believe that the accumulation of stress from 2000+ miles on the part is what caused the failure. This would also explain why it snapped on a smoother section of sidewalk and not from a rough section of sidewalk.

If they give any further information I’ll post it here, but right now it seems like the only thing to worry about is if you use it on urethane wheels on all road and sidewalk surfaces, and you put a ton of miles on the part. If used with tired you might be safer since they will absorb/ minimize the vibrations on the part.

Just out of curiosity, what’s the rest of the build look like?

Here is what it looked like earlier this year before the LEDs killed themselves: 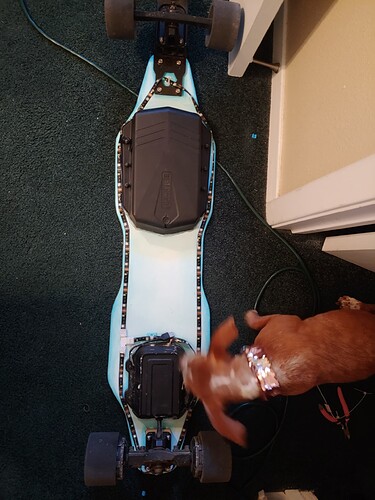 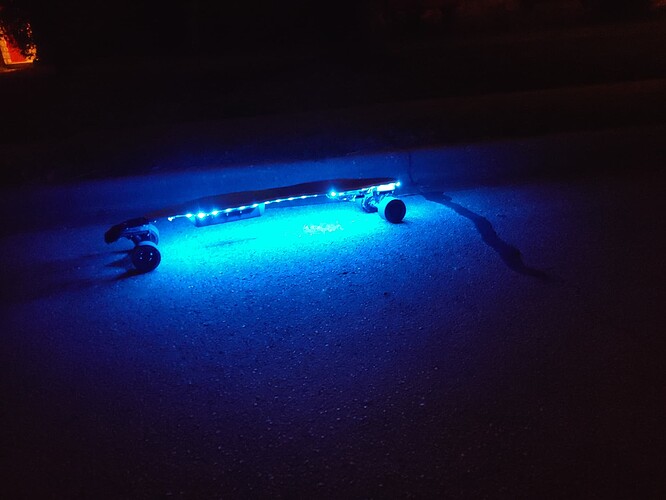 Here is what it looks like now ft scuff marks from my shoes and other road dirt that needs to be cleaned off: 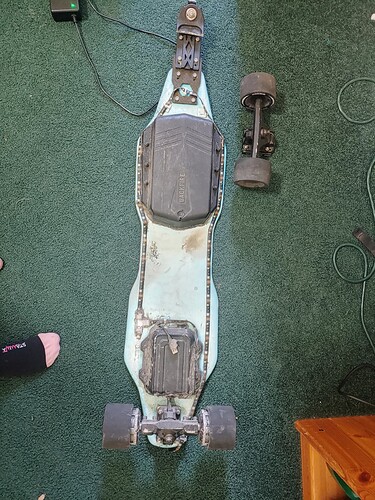 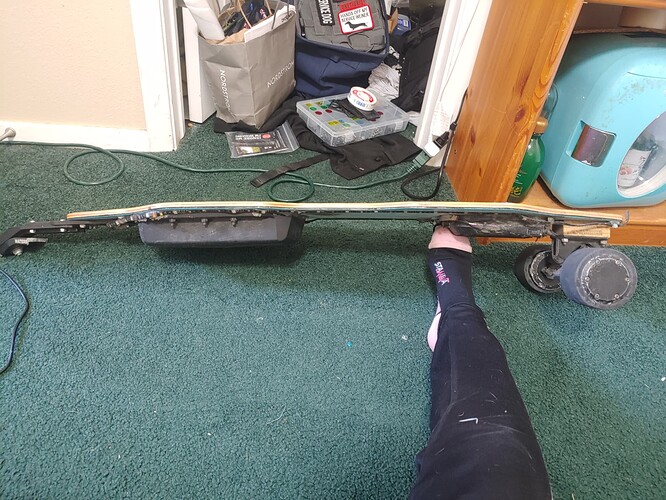 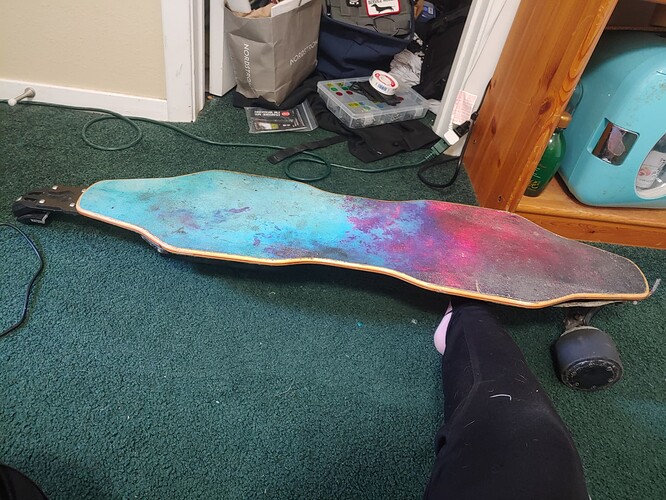 Once my arm is less sore and useable I’ll be cleaning it up again and removing the dead LEDs and the dirty hot glue holding the wires for it onto my esc enclosure. Might even finally fix my right motor sensors too.

I have never heard of Waterborne adapters failing

That’s because I seem to be the first person to have it happen to them via normal use. If you ignore my resulting injuries, it is almost an accomplishment to be the first one to use a part so much that it fails.

From what I can see by the pictures on my phone

If it would help, I can try getting a macro photo of just the metal. My macro lens isn’t anything amazing but it should allow for more clarity.

we don’t need to go there lol , the most important thing to know is it cast or cnc

In no means do I intend to sound pedantic here,
but that is like saying…”is the bread on your sandwich whole wheat, or baked?”
Cnc stands for computer numerical control. It is a means by which a part is machined. This casting was indeed cnc machined after it was cast to bring it the required specs of the designer.

I got some better photos of the break for you. The texture at the break in the other seems a bit misleading since it wasn’t a clean cut through the material. 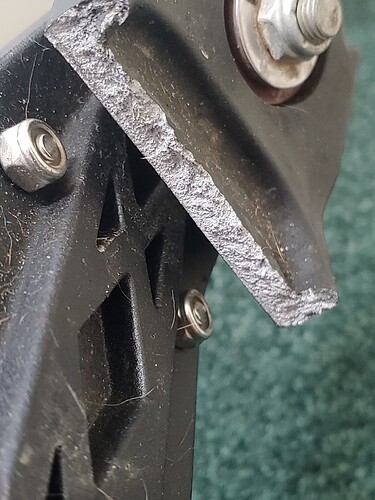 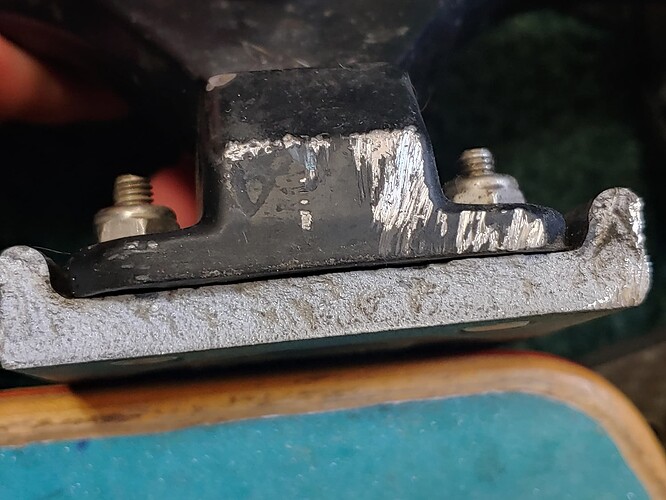 To me it doesn’t look porous, but I’m no expert when it comes to metals. Also the company has claimed that they will be doing more testing as a result of me managing to break it lol

In no means do I intend to sound pedantic here

, a milling machine is also drive by computer and its the best quality you can get, because you start from raw material and its how they do from most quality stuff

Huh, I have ~750km on my surf adapters, not sure if I should be worried (yet) since I ride urethane on cobblestone and so on…

@ApproachCautiously do they have a PSA or something for esk8 riders? Seems like this is just a matter of time for us.

I can cnc trucks out of raw polystyrene but that doesn’t necessarily make them quality for esk8.

Or CNC a motor mount made out of pure white pine. This will work great right guys? It’s CNC! 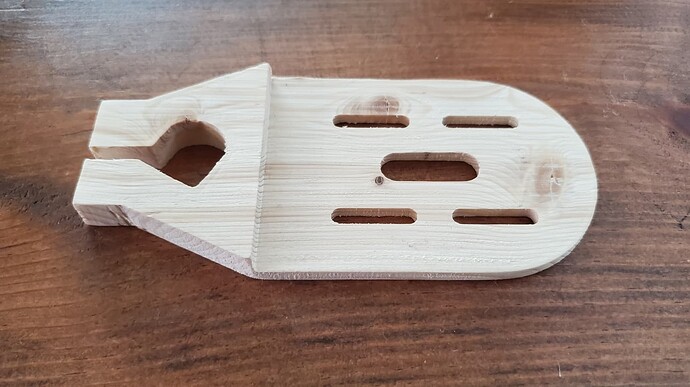 Ya, those are 110% for sure castings. Sounds like they are responding well, so that is good, and it doesn’t sound like it’s been an issue for others👍🏼
And to be fair, machining those parts from solid billet would make them too expensive for 95% of their customer base. Good luck dude🤟🏼

Esk8nage should be a word.

do they have a PSA or something for esk8 riders?

Right now all that was suggested is adding a rubber gasket between your truck and surf adapter. Since you only have ~500 miles on yours I wouldn’t worry too much yet, but just a routine check by removing your trucks is a good idea to be safe.

I was told they would be doing more testing as a result of me breaking it and hopefully that testing will be done before you even get to 1000 miles (1609 km) of use. Once I get my replacement in I’m going to continue to use it like normal despite the fact that the last one broke on me. So, despite my loss of flesh and blood, I’m still pretty confident in the build quality. Although it does help that they offer lifetime warranties and they don’t make it difficult to get a replacement through that warranty like some other companies do.

This is the kind of part you DONT want

do they have a PSA or something for esk8 riders? Seems like this is just a matter of time for us.

I still need to confirm with the company but I believe I found the issue. The adapter I originally got was always defective, but I just didn’t know it was/ realize there was a problem. When it arrived I could never move the plates with my own hands and even in use it took a heavy lean to ever see the plate rotate.

The new one they sent I could easily rotate it with just my hands even with still being injured. I was also able to easily do a u-turn on a one lane road with room to spare when before I needed it to be a wide road and even then I would get really close to hitting the curb. I never thought to loosen the nut on the original one as the package stated not to as it was not a king pin although that may have been talking about the rail adapter. Trying to loosen that bolt now is impossible for me and I need to give it to some stronger people to see if they can undo it.

Without the ability to freely rotate that bottom plate that broke would have constantly been under excessive force from every single bump and rough surface. It is honestly impressive that it could hold up for as long as it does, and now I trust the product so much more knowing that a defective product took so long before fully failing.

Finally got confirmation from the company about the failure, so I have added that information to the top of the post. That way people can see that first and won’t miss it.

Also just wanted to add that the company has not payed me off or anything in relation to all of this. The only significant thing they did is that they honored my request to be sent the replacement adapter in their exclusive pre-built color. 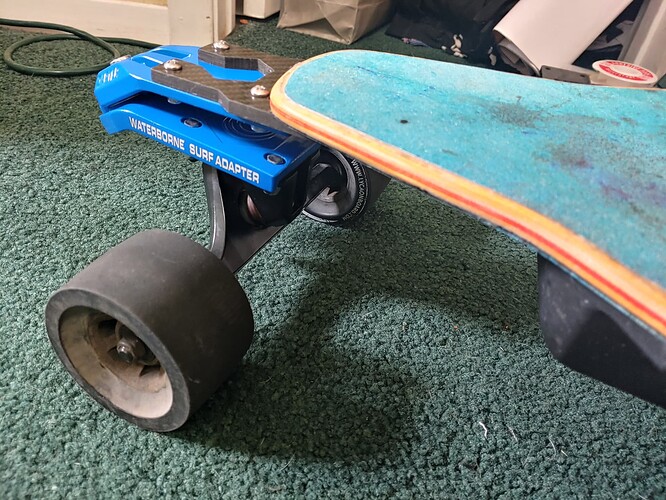 Normally you can only buy the adapter in this bright blue if you buy one of their complete boards, but I kindly asked if they could send it to help make up for the loss of my flesh and blood. I have been treating all my injuries myself and it would be hard to quantify the cost of bandaging used so, to me, getting it in a special color is more than enough.