Has anyone done any builds using Meepo’s ER battery?

I am looking for any general comments on performance, and suggestions on Vesc settings.

I have one, and due to never ending obsession to make more boards, just ordered another one…

The other one that is coming I plan on putting thought a single set up with an old Maytech Vesc and a new Flipsky 6374 motor. 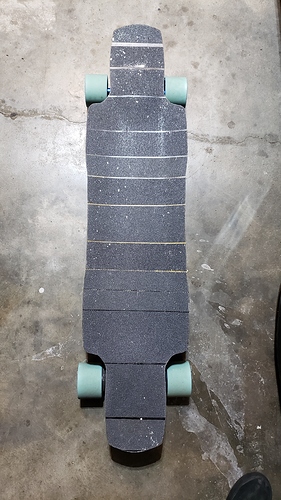 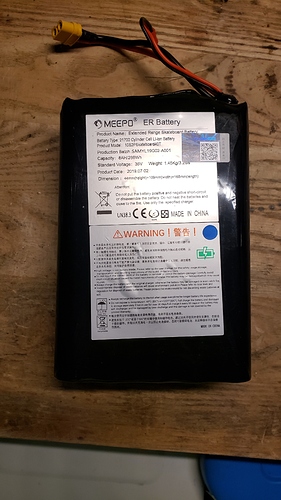 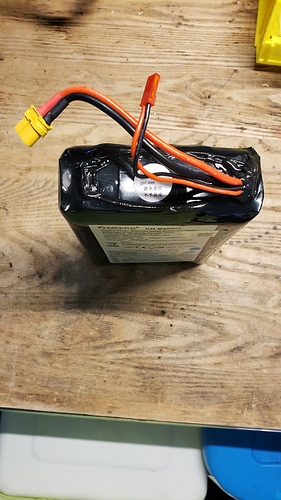 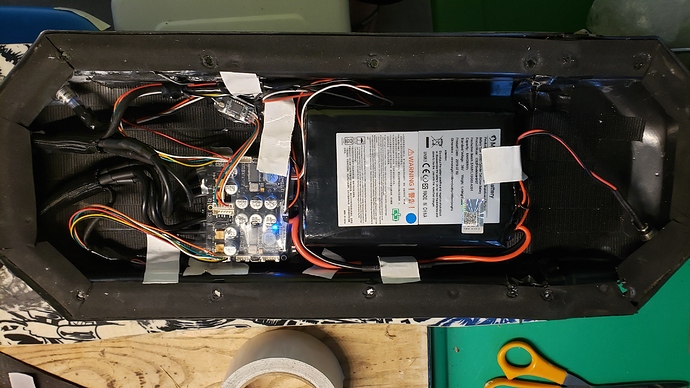 I took screenshots showing battery levels at different points of my rides.

The spec sheet from samsung on the 40T state’s a 35A continuous discharge rate. In a 2P config you should be good to pull 70A from the battery. I try to stay away from pulling max battery amps as I live in a warmer climate and don’t want to heat up my cells to much, since max discharge rate is the upper limit based on exceding a certian temperature past that. 50A battery is what I would go with personally with this consideration. I hope that answers your question.

-55 is super aggressive on the brakes unless you’ve got the remote calibrated in some way to lessen that.The battery setting is not single/dual as far as I know, just set it at whatever you want it to draw. Motors are individual. You could up it if you wanted but that’s pretty solid as is and the higher you go the more range will suffer.

Cool. If the battery settings is a single thing I feel pretty comfortable with it. I’m using the mini rc remote on these builds. The -55 motor amp seems to work well for me. On a couple builds I have tried from 35 to 45 to 65… I’m 230 lbs with gear… On this build specifically I’m running 14/34t on 85mm caguamas.

I run 80/-80 for motor Amps I know there’s others who run even higher. I’m sure it would feel weird to someone who’s used to lower motor amp brake settings.

That is also using an expo natural throttle curve so that could be messing with it.

Good money says the reason they list an amp limit of 30A is because of the BMS. A lot of the China BMS can only handle 30A discharge.

I sent Meepo a message asking. I do hope it is 60. I still plan on running 30 but want a battery with a bms that can go higher to have a safety factor there.

Meepo came back and said discharge current is 30 amps

40T can comfortably discharge at 30a

It’s likely limited by the BMS. I’m currently trying to sort out a ~60A BMS that is small enough to fit in the meepo enclosure with a 40T pack and one doesn’t seem to exist. There’s to much heat generated when discharging that much amperage and just not enough space to avoid heat soaking it and throttling the discharge way back to allow it to cool.

Maybe cut it open to take a look at the BMS and bypass it for discharge @rafaelinmissouri if you’re really interested in accessing those amps at some point.

Be aware, those cells are high discharge and can do 30A each but I am almost sure they use one layer nickel so I don’t suggest to pull that much ampere through one layer nickel.

The BMS that they use is max 20-30A. You can’t find a BMS from the same size and 60A. They don’t exist. Because you need more mosfets and bigger heatsink.

Yeah, assuming the BMS could handle the amperage, nickel would absolutely be the next limiting factor.

I don’t know. I never bought a pack from them

for these 2 builds i am think i will be ok with just setting battery max to 30 amps.
Motors will probably be 50 to 65.
I just got my 6374 motor last night for my single drive build, so will put it together soon and see what amperage the vesc tool recommeds

It was kind of underwhelming… on flat it would get going ok mid acceleration.
tonight I am going to change the wheel gear to 38 from 34, to see if it gets more punchy off the line.
I am hesitant to try to increase the amp settings on the battery or motors, worried it may cause a cutout…
the challenges you face when trying to esk8 and you weight 230 lbs with pads… 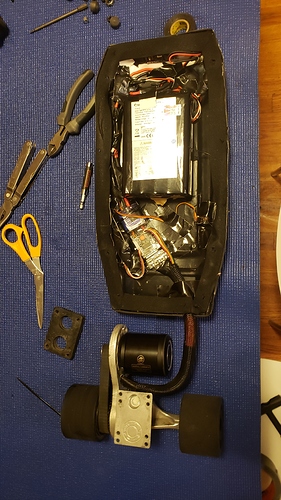 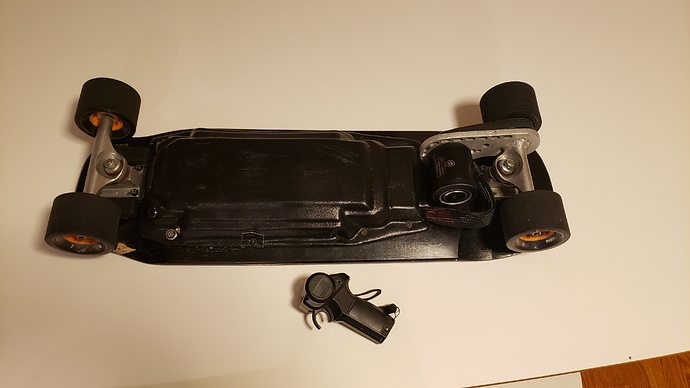 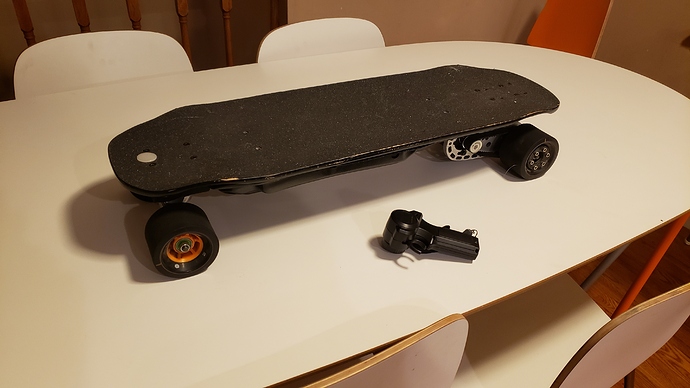 Try raising your battery max to 45A (under your vesc’s 59A rating) as the cells can give you 60A the only thing I don’t know about is how many amps the meepo bms’s can handle.

When I bought the first Meepo ER battery website said 60 amp max discharge.
When I went to buy the second one, website was updated and said 30 amps max discharge.
I messaged Meepo Support and they came back saying 30 amps.

I am super paranoid about abrupt cutouts. So I am trying to keep electrical settings conservative on this build

I have gone down 2 times now because of cutouts, and it is hard to say what exactly caused them, one with a Unity(diyeboard 10s5P battery) and one with Flipsky 4.20 Plus(wowgo 10s2P sanyo Battery… so not sure if voltage cutoff, or bms cutting out power…

To me it seems like the bms why don’t you just open the battery and bypass the bms for charge only?