Boards of Sweden (Ready for orders!)

Im super stoked to announce that im about launch a business selling some beautiful street carvers!
Boards of Sweden 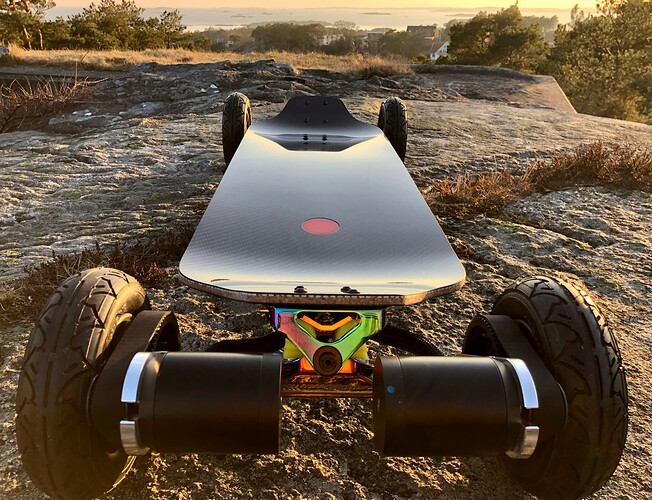 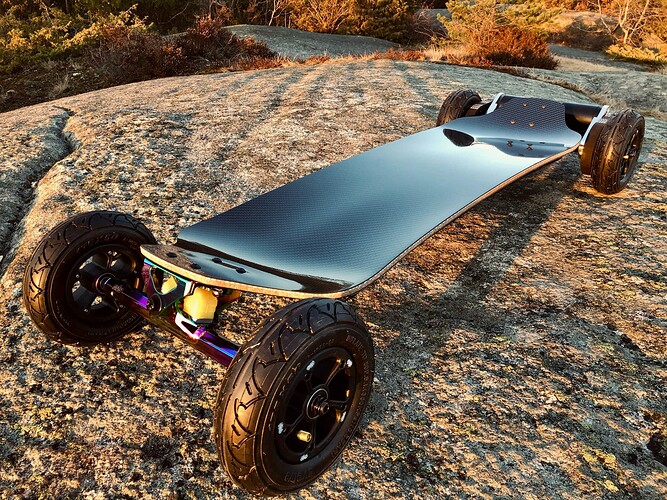 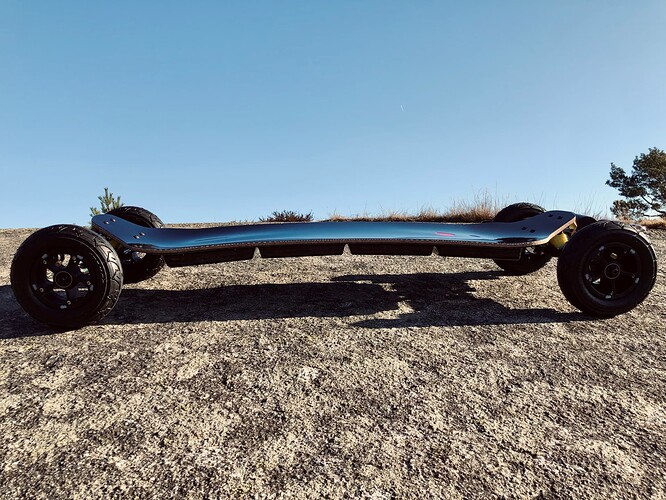 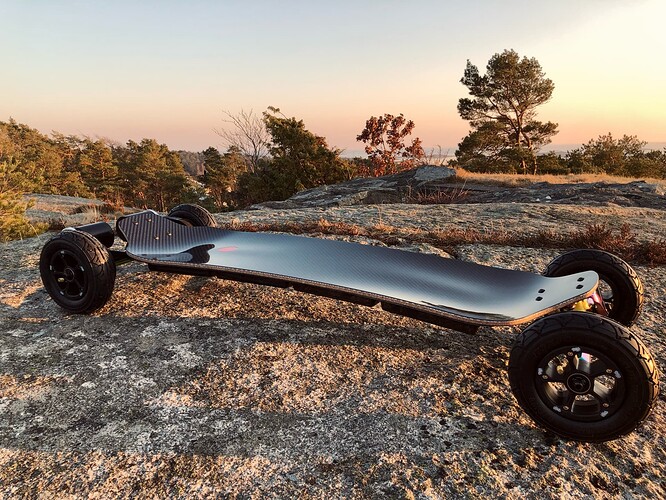 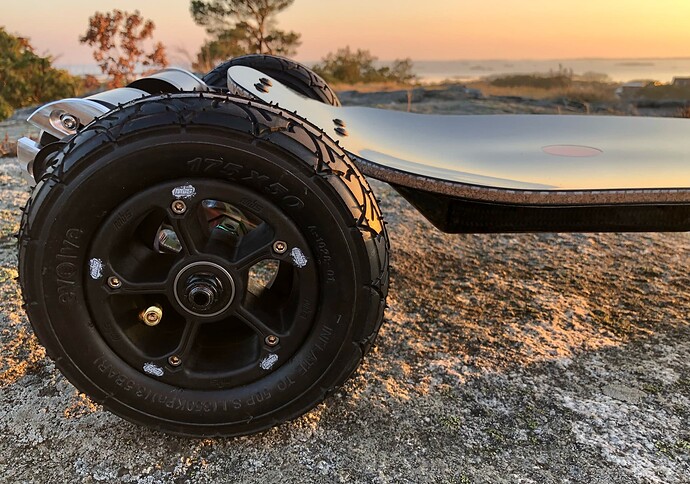 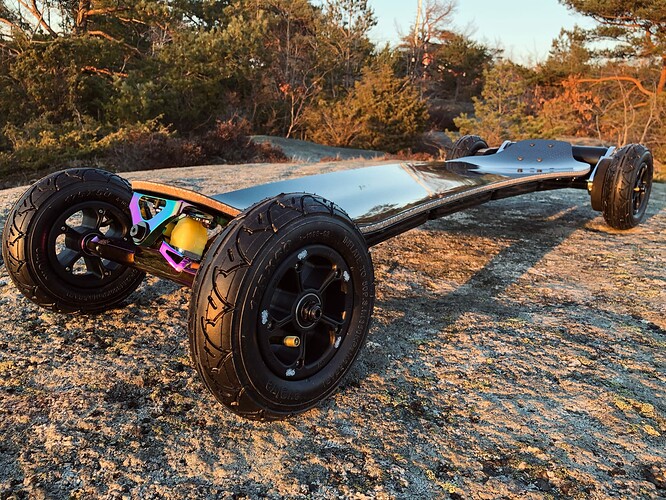 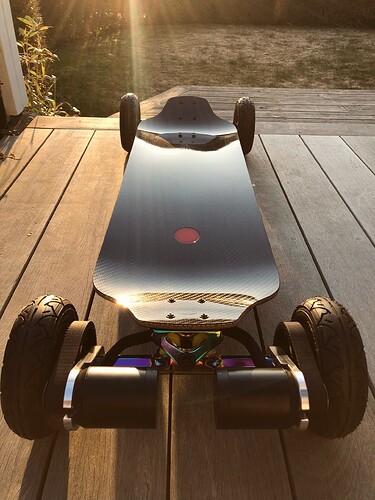 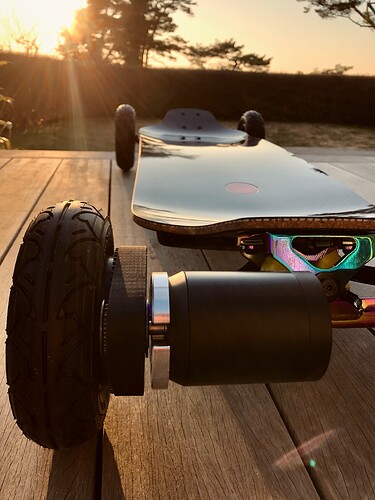 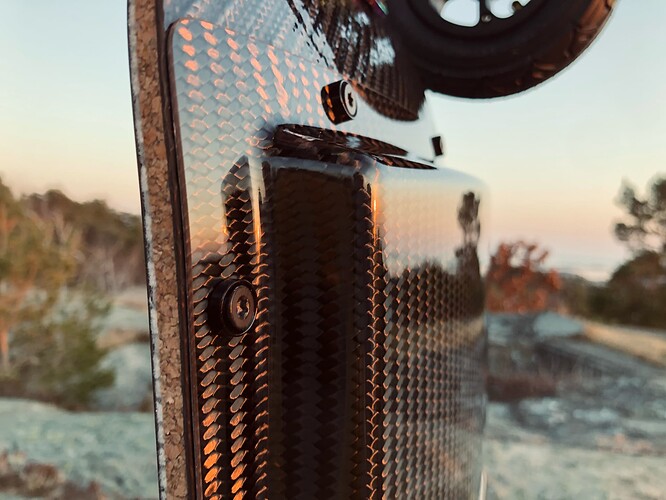 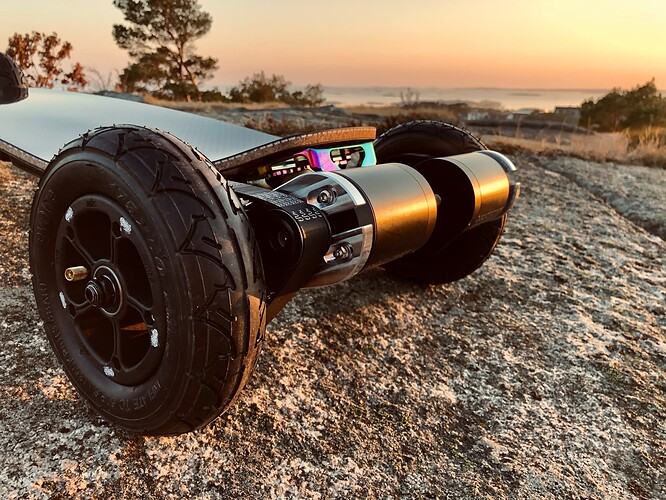 Guess im starting with the toughest crowd. You will get to have a peak inside the enclosure I promise:laughing: There are some cable management and fixturing im not completely done with yet.

You can find a bunch more information on my website:
Boards of Sweden

Latest update regarding the deck and enclosure.

Deck & Enclosure:
-Time consuming & expensive to make. (I guess I would have to let it go for 500-700€ to be worth considering)
-The enclosure has a slight curve underneath. needs a jig when spot welding the batteries.
-Battery can’t be built with the cables on-top.
Shallow (22.5mm deep) also means a tall esc wont fit 20mm tall esc is kinda max cus of the bottom curvature)
-Soldering the series wires are easier said than done especially the ones connecting two p-groups in the middle of the enclosure segment it’s done in a cross fashion. (I have a special jig & method for that)
-It’s easy to mess up if you do it for the first time

Just the Deck (top mount option)
-There are no inserts. I cnc mill aluminum pucks and I mill out the core material, that I build into the deck. I then drill and tap into those alu pucks using the cnc. (Pucks needs to be inserted in the correct place before making the deck, and taping and drilling by hand is very challenging unless you do a through hole, and even that needs to be marked when making the deck as the aluminum pucks are impossible to locate afterwards.)

Keep in mind it’s not originally designed for the DIY crowd. And things like use, abuse, support and warranty is going to be another hurdle to figure out.

That said if I can design some easy and simple jigs to make the battery & a clear written guide + a video on how to do it, it might be possible.

Drilling and taping will only be an issue if we decide to make a offroad top mount option with bindings (and that can be done before shipping if we nail down the position of the screw placements for the bindings & top mount enclosure.)
But to be frank I think you are better off hitting up the fine folks over at APEX, they have more experience in the offroad department.

We’ll be sure not to disappoint that rating.

At first glance, it looks pretty nice. I take it your deck was inspired by Fluxmotion?

What kind of grip tape designs do you intend to offer?

What about battery assembly, is that in house as well? Is the enclosure real CF or just skinned? What about the deck? What’s the layer setup? CF and fiberglass?

Edit: just saw there is a deck specific section on the site
Wow the deck sounds reaaaally interesting

Sounds like America is written off for the complete boards, what about selling a deck / enclosure combo? Would you have an estimate for that?

Man thats a sexy CF job if I’ve ever seen one, I wish I could to it that well too. I guess I have to step up my game.

What does the big red button do?

@ShutterShock it looks like the flux, but like… if the flux was made by people who have feet.

Haha ya I wasn’t trying to point any fingers

The tech in the deck itself sounds nuts, I’ve never even heard of something like this, composites, alu, and cf all together

Yes though, more shape for sure.

It’s smart. Strength where you need it. Lightweight where you don’t. somewhere at the top of my deck wish list is the hi5ber wasp, which is foam core+carbon fiber, which sounds awesome for strength without adding weight. If upscaled directly, however, that probably wouldn’t hold up. So add some aluminum framing, right? This is definitely one of the most over engineered decks I’ve seen, though. Mot that that’s a bad thing at all.

Yes and no I have been working on composite composite decks for quite a while actually more so with urethane builds and it has evolved from there. But sure inspiration has been taking from loads of places even your YouTube channel. (proud subscriber)
It’s hard to showcase using photos but the shape and contours are very very different. I absolutely love the flux deck though and im sourcing bits and bobs from the fine gents over at fluxmotion.

I dont have a laser cutter going just yet, it’s in the pipeline though. so for now it’s narrow 15mm stripes of Vicious griptape. it’s the most black and course stuff if have found to this date. (I dont like the look of glass grit on carbon, to me it just doesnt look right and it’s a lot more work for production boards)

Battery is made in-house, it sure is real carbon.

Im very open to sell decks & parts on the side. there are caveats to it thought (i’l go into details In a bit)

What does the big red button do?

My guess is a window for the radio.

Thanks!
Or you could just give in

Hahah thanks alot!
Nah I actually really love the flux as im obviously pretty close in my dimensions and outer contours.

I am the one guy who does not like the flux

I’ve ridden a few now and while they always look nice, I hate how flat they are, and I’m not really tall enough to have any kind of decent stance on it. Feels like I’m standing on a boat. Probably still too short to properly utilize your deck, but it does look way more comfortable to me.

Yeah carbon is fairly good at suppressing radio signals although I rode a few months without a red epoxy puck without issues really. and there are obviously a few other production boards using a carbon deck and enclosure with the Hoyt puck.
However overtaking trams and a few spots in town got the remote to buzz indicating that the signal is super poor/gone. Sounds harsh and sure is! But the gents over at Hoyt actually gives you pretty damn good feedback by buzzing the remote when you loose signal and by instinct makes you let go of the throttle so it doesnt jolt you when the comes back up. But obviously a cutout is one of the last things that you want.
After adding the addition of the red button I have not had a singel dropout.

I sure would be tempted if you’d sell the deck+encl. as a combo on your site.

Bro, the deck and enclosure look amazing. What’s the finish on edges of the deck, over the cork and core material?

Ya I really love the way you can tailor the way it behaves both in terms of 3d shapes and as well as mechanical & to some extent the dampening properties with the use of layup and different core materials.

That is indeed a thing of considerable beauty. I really like it!

Haha awesome man thanks for the support

As for the deck, I might be interested in purchasing one in the future once you get details on that

Interesting angles you chose for the deck, might work well with adjustable baseplates as well as channels

It would seem you need some extra decks and enclosures.