I’m sick and tired of being a buyer of parts and desperate to join the completed build club. However, I’m physically unable to overlook the most meaningless of details, and so I’m surprised I’ve made it this far. While the title says it all, I’ll summarize the components for those interested:

On to pictures, f text AND pushing: 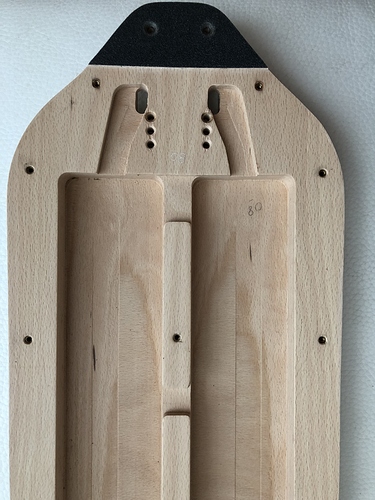 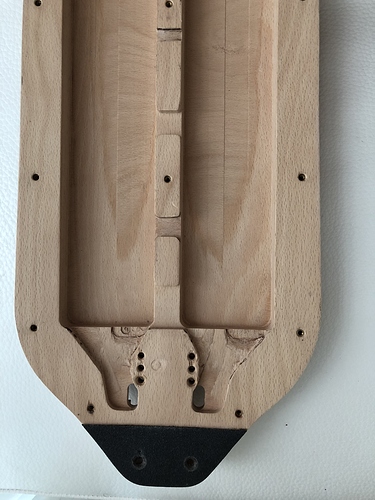 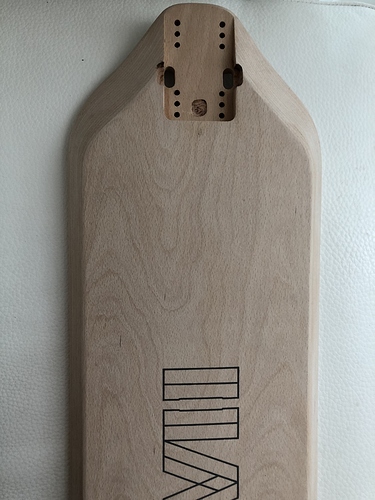 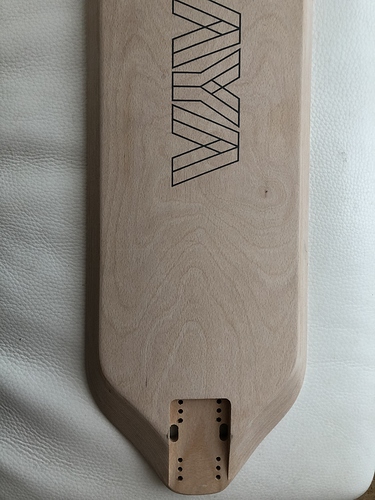 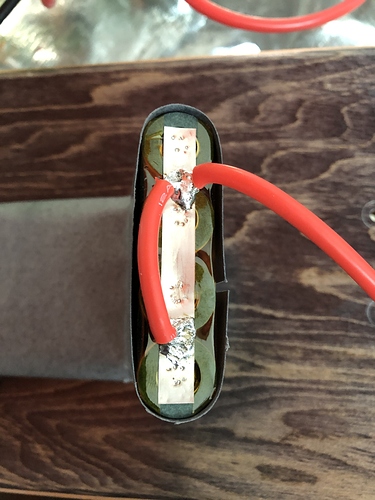 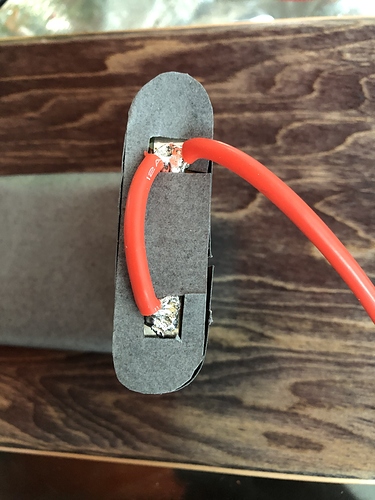 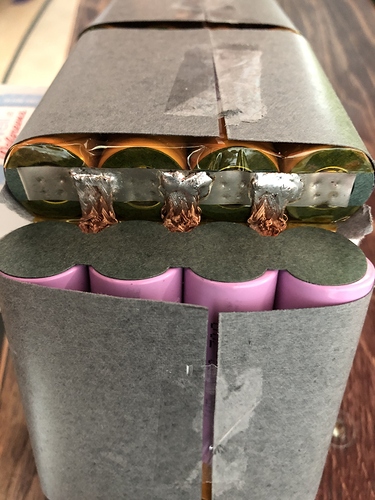 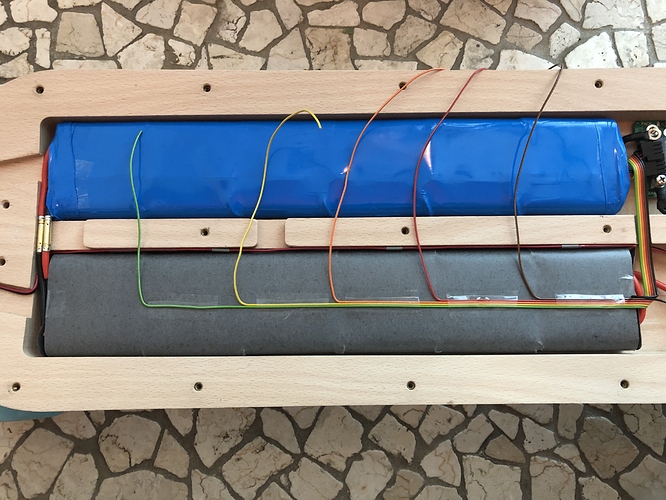 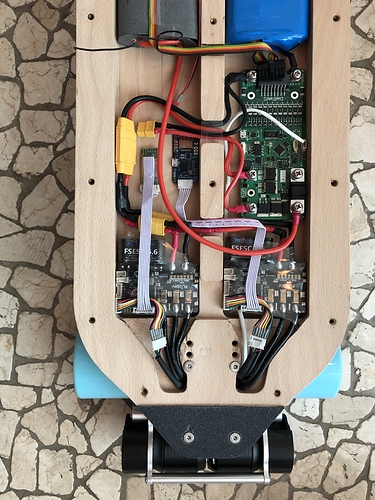 Did you precut that fish tape on the top of the cells?>

I said to @mmaner once, “there’s no way you can build an esk8 in one night.” He responded with “its possible, you just need to have gotten all the necessary parts from China already.”

With all of the duct-tape builds I’ve seen in the little time I’ve been trolling the forums, I have no doubt you can finish a build in one night, but you really have to learn to let the details slide. Unfortunately, I can’t. The 90 degree turns with the wires alone were probably 30-60 minutes each, and holy shit are they annoying to make.

I’m staring down the second half of the battery pack that still needs its balance leads attached and heatshrink wrapping to make it purty, but a glass of rye whiskey really made me think, or better said stop thinking.

So the project goes on. Maybe another weekend, maybe 2. I love how it looks , even though I posted the pictures all out of order

Pictures fixed, but what’s left to do:

Waiting on my second Flipsky 6.6 to get back from Canada (thanks again, @JohnnyMeduse) so I can put everything back together and get this puppy rollin’!

Unfortunately I found out too late that I got a defective one in my Black Friday purchase from October 18 (check your equips before the warranty expires fellas!), although dealing with Johnny beats dealing with Flipsky any day of the week.

I also sent the Photon back for repairs to @Wajdi, hopefully I can still use it on this build, although I have a Hoyt St. puck just itchin’ to take its place.

The DieBieMS, Metr Pro, and first Flipsky 6.6 are all updated and working together beautifully!

With the 2 VESCs and DieBieMS connected via CANBUS (custom cable complete), and the Metr Pro connected to the UART of VESC2, and the Puck receiver connected to VESC1 on PPM, everything works perfectly. Metr Pro shows all the battery info correctly when I click on the battery %, and I can adjust settings on the fly. Push to start is also enabled and working.

To do: My last remaining micro-complaint is that the charge jacks I bought don’t seem to interface well with my charger, While both were supposed to be 5.5mm x 2.1mm, I suspect the input jack is actually 5.5mm x 2.5mm. I bought some adapters off eBay, and it it turns out to be the case, I may just order the correct jacks (again) and replace the culprit.

In case anyone’s wondering, I was just bringing over this thread from “over there” since last night I was trying to look for some info and got scared by “this website is not available” message. Checking this morning I found it back up, so went ahead and copy/pasted the crap out of my posts. This build is finished and I’ve been riding it pretty regularly since July, and not much has changed from my descriptions other than the mileage. Last night I went for a 21 mile ride and came home to find the battery at 44%, or 3.61V per cell, so very happy with the range, speed, pretty much everything about this build!

I took a fall more than a month ago trying to go over railroad tracks at night (new route for me, didn’t pick up on everyone’s warnings to stop for the tracks in time) but landed on my backpack and was spared anything other than a sore hip. The board wouldn’t move after I fell, and long story short it turned out to be the remote that failed. The little plastic bit which turns the potentiometer had broken off from the fall. I fixed it the next morning with a strategically placed micro-drop of super glue. Last week we were out riding in the frigid arctic air that was South Florida last week (roflmao, I can’t even write this and keep a straight face. Anyone who knows anything about South Florida knows it only takes a dip into the 60’s to have brownouts from heater usage, few venture outside, and those that do are wearing turtlenecks, furs, and gloves) and the remote failed again. This time I contacted Hoyt St. and Jeff freakin’ stole the show by sending me out the replacement part like ASAP. Last night, everything worked like clockwork!

Pictures to follow of Blu-Ya with a few miles on 'er.

Sure! I’ll get you a pic and a diagram.

Such a clean build. Well done from start to finish

In case anyone’s wondering, I was just bringing over this thread from “over there” since last night I was trying to look for some info and got scared by “this website is not available” message. Checking this morning I found it back up, so went ahead and copy/pasted the crap out of my posts.

Everyone should read and note this. Cool build and fun read. Looking forward to the final photos.

I’ll get you a pic

any luck with this?

I’m going to get this tonight along with a shit-ton of pics, promise!! 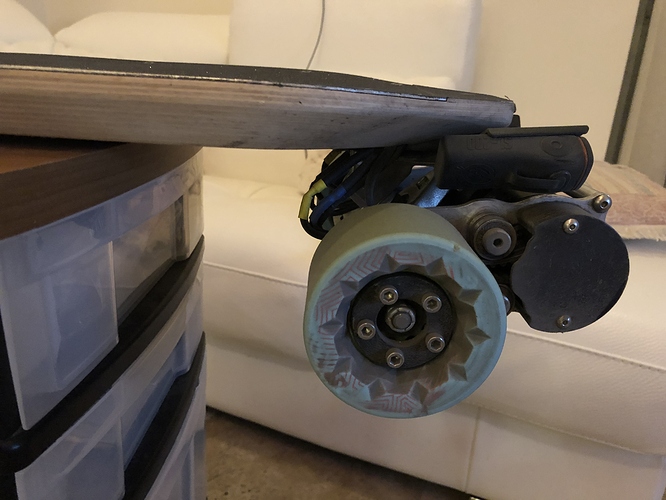 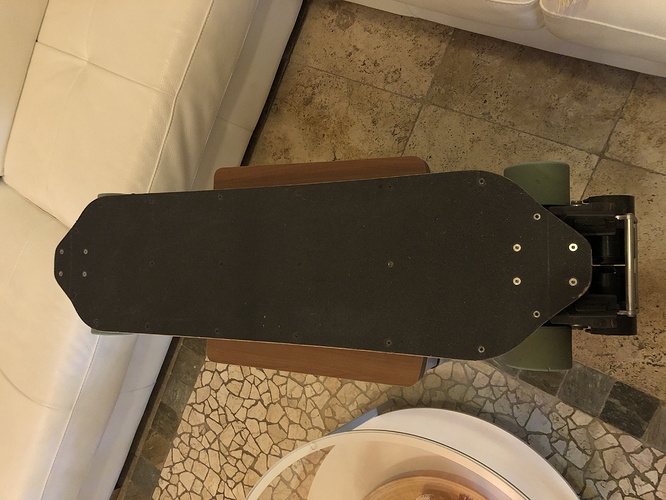 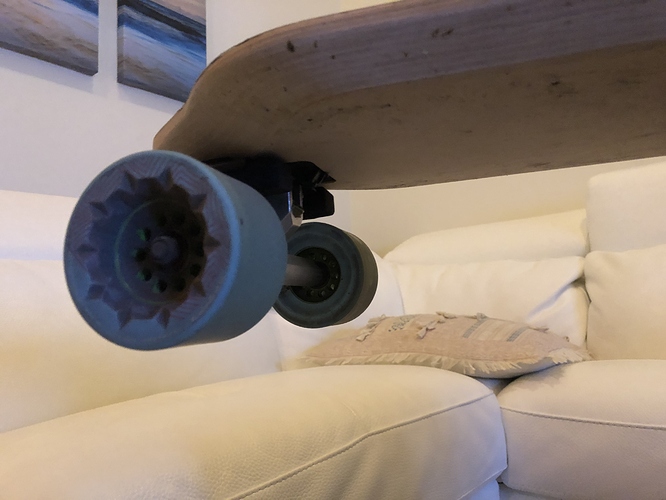 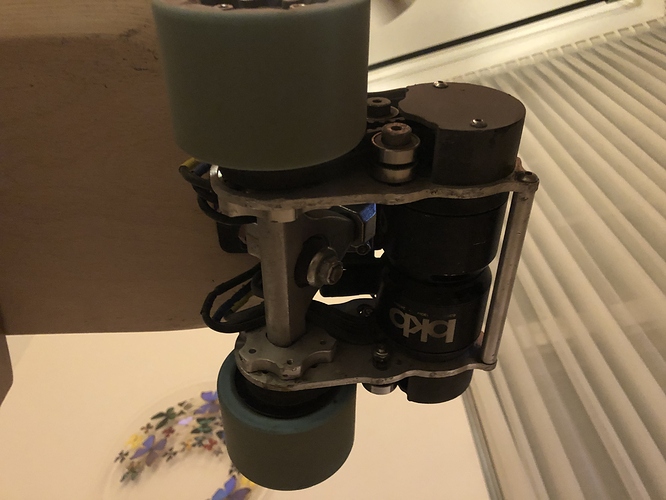 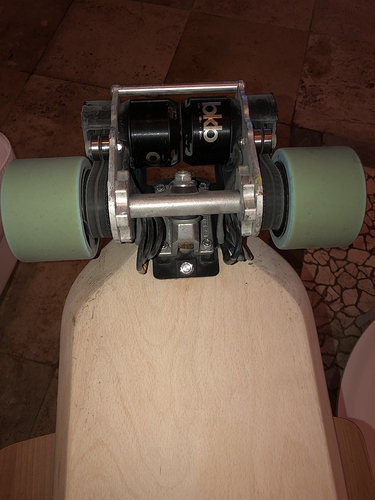 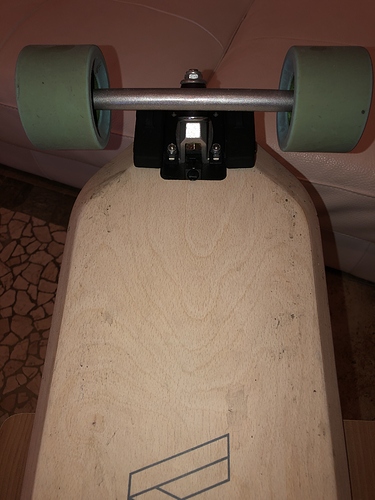 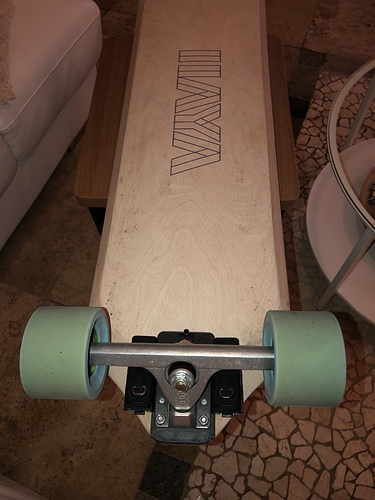 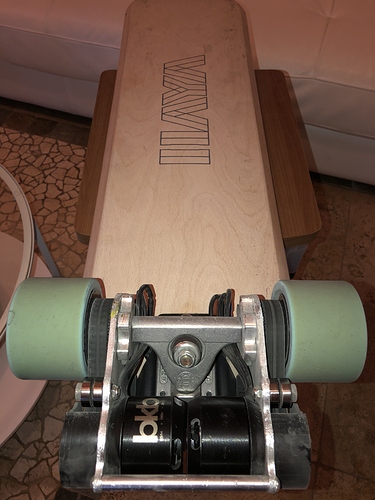 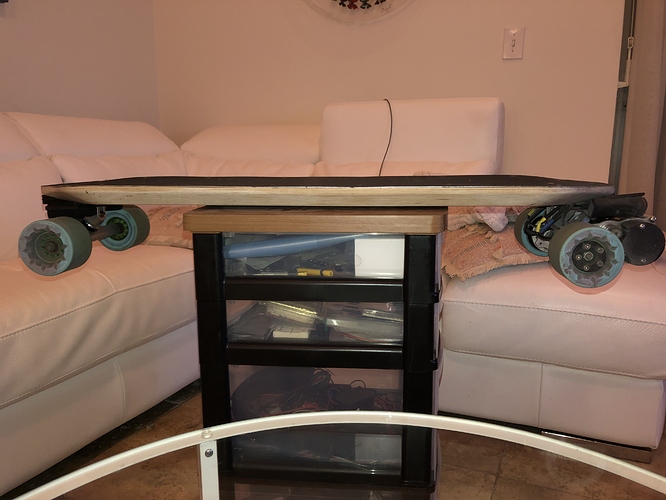 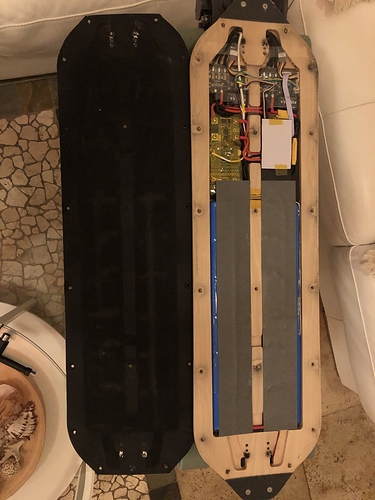 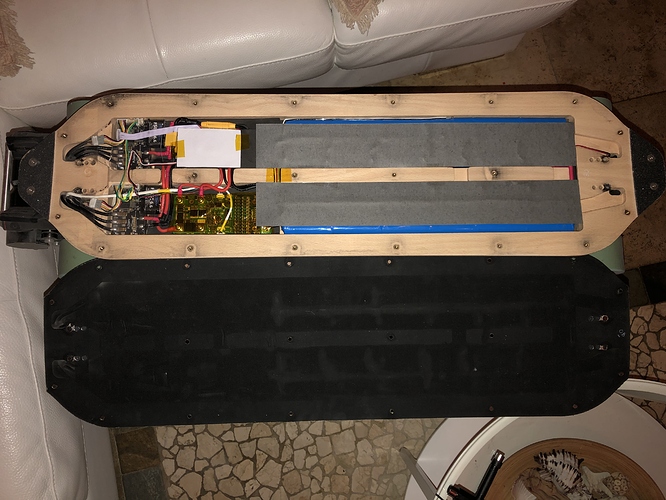 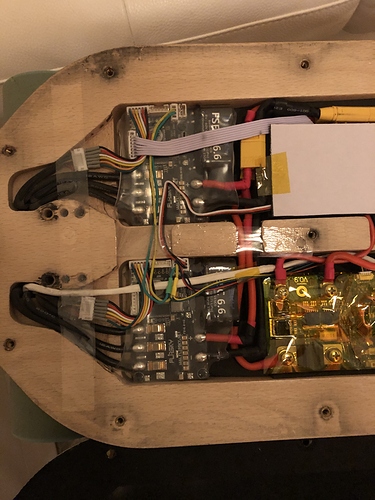 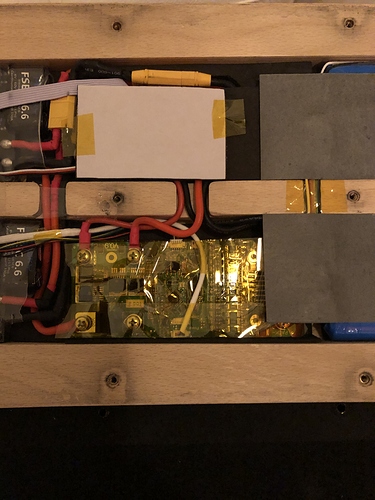 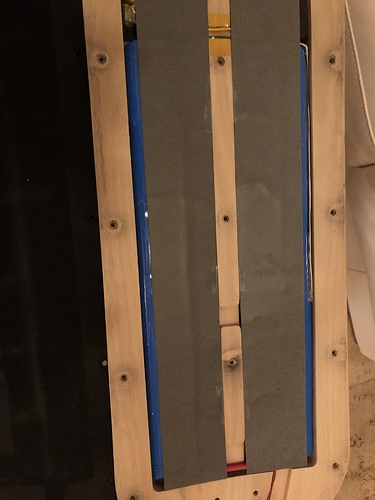 @mynamesmatt these are for you 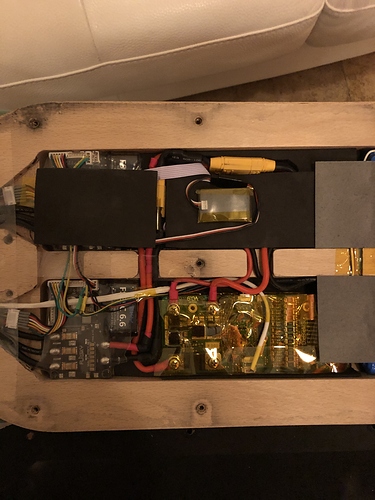 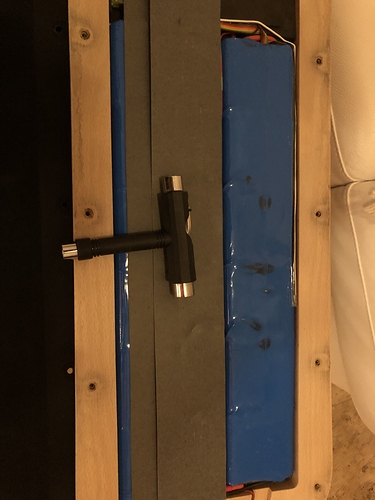 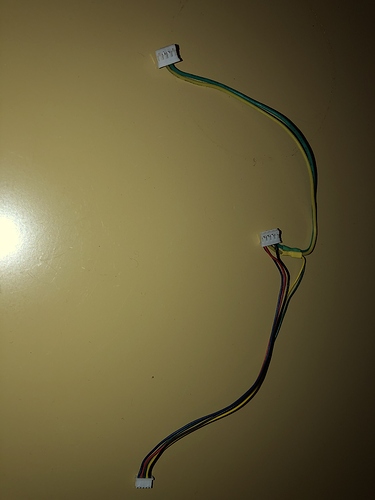 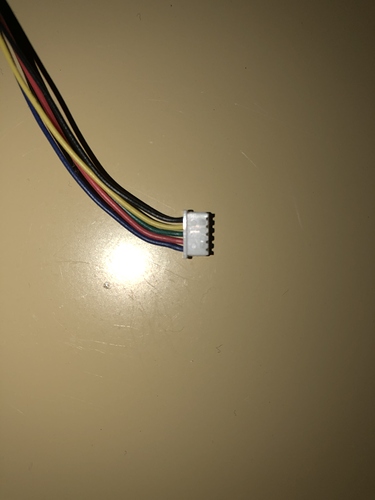 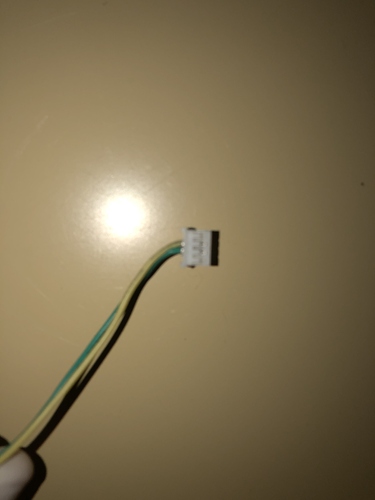 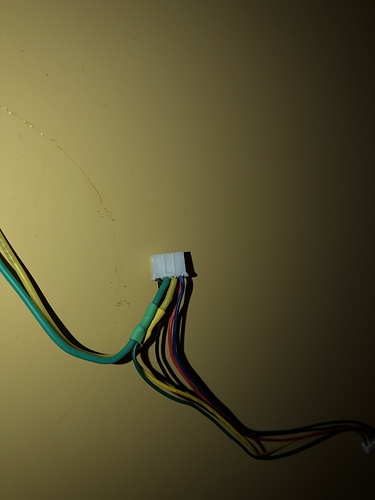 No worse for wear after a couple hundred miles. I’m going to add some fish paper over the VESCs for shits and giggles.

I might do the waterproofing someday, but it’ll have to be after a hurricane hits or something, ‘cause otherwise I’ll be ridin’ this sumbitch every Tuesday like I stole it. 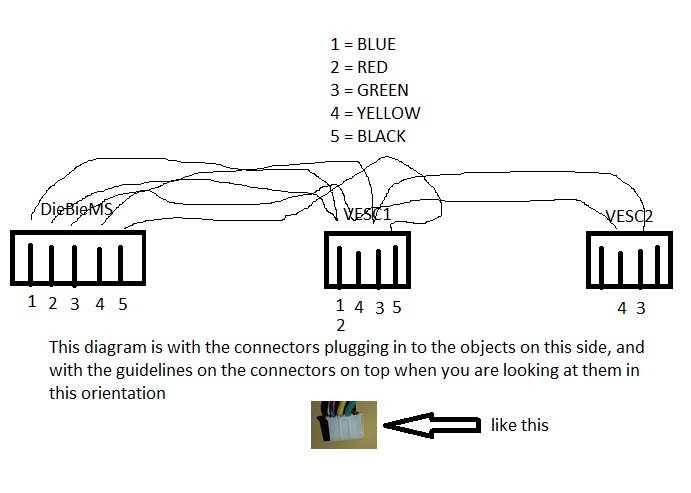