Hi,so as the title says battery wont turn on! Last ride a month or so ago was fine,charged it to full and hung it back on the wall then today went to power it up and nothing.
Finally was able to connect to my bms and its reading undervoltage fualts!
What we thinking,balance wire or welds?
Im guessing the bms is still good but stopping me from powering up because a fault has occurred?
Any help would be appreciated,already messaged the battery builder just waiting on a reply! 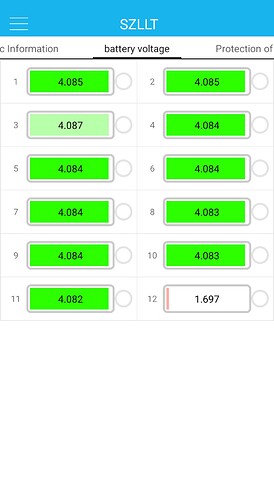 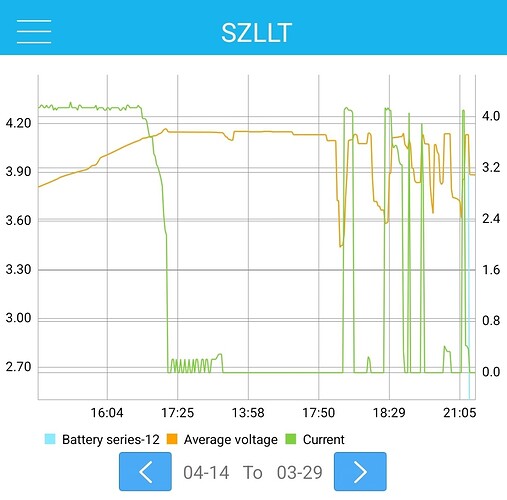 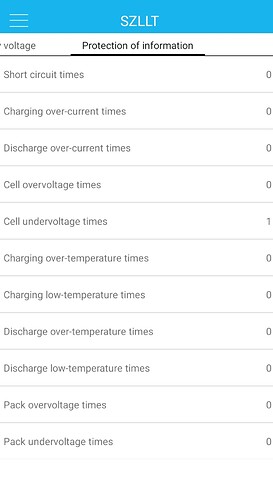 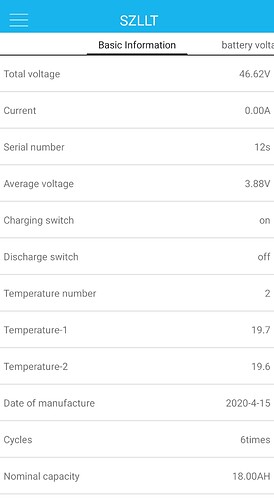 Looking at that graph makes me lean towards some connection as it drops then peaks and drops?

May be a bad weld. Could have vibrated loose. Pack has to be opened, no way around it. If you are lucky. You just have a molten or snapped balance wire…

Taken it out the shell,cant visibly see any welds broken or balance leads damaged,any battery builders have any suggestions? 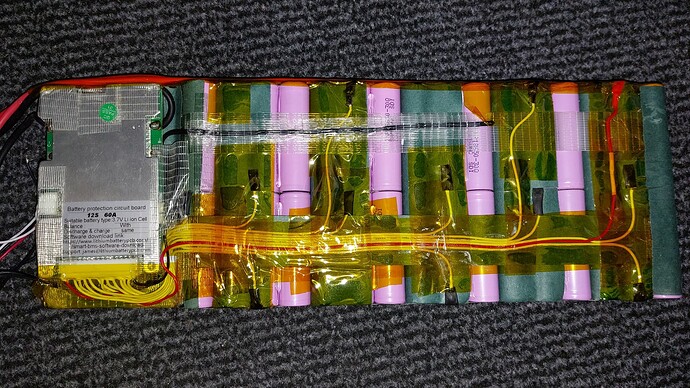 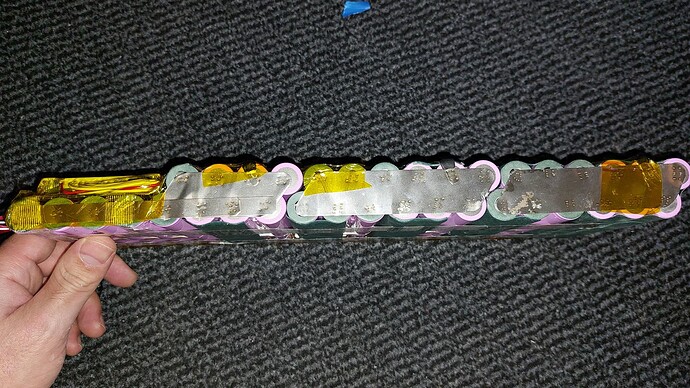 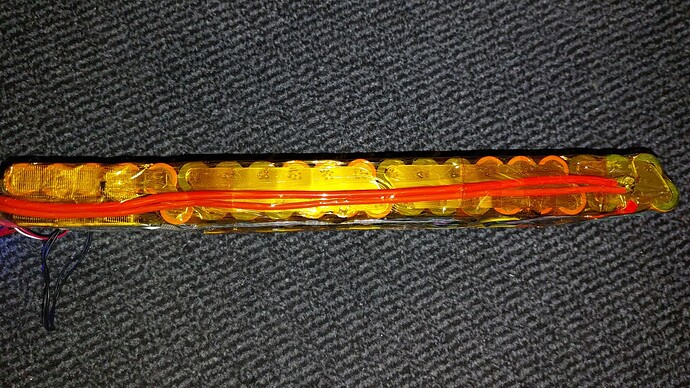 “IF” theres nothing visible it just has to be a dead cell, no?
Broken bms? Nah…but Im no battery expert, dooood.

I mean I’d have to pull it apart completly to be 100% sure its not a connection,hopefully someone that works on these regularly could give me some input as to whats going on by looking at the graph and pics

Mhhhh…maybe maybe i dont know, but them batteries builders club guys can

If you have a multimeter just cut a hole in the kapton to expose the balance tab on each end of the 12th group and measure. I don’t know what messed up that group, but it seems like something killed it, drained it, or it’s not measuring right. You can at least eliminate it’s not measuring right easily with a multimeter. If you don’t know which group is which maybe you just shouldn’t even mess with it, but it looks like 12 is the top left in your picture with the battery lying flat. I can’t really tell from the graph what the x-axis is and how quickly it actually dropped. That pack looks pretty sketchy in general to me TBH though even though I’m not very experienced. Here is a picture with the tabs you want to measure across circled. 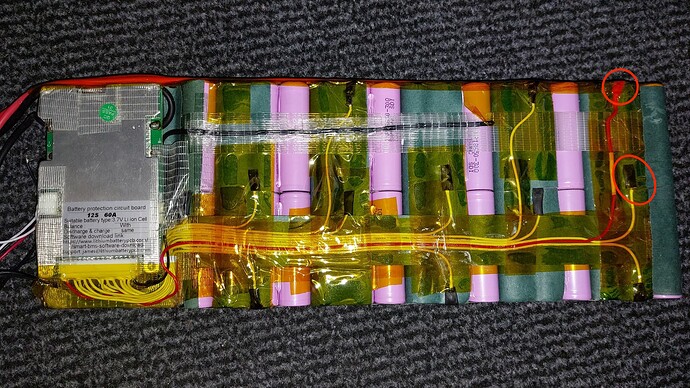 i have been searching for my multimeter…looks like i left it down my work unit,will test it tomorrow,thanks

could be a beed transistor on the BMS that is leaking.

But meassure first to make sure

Turns out it was bad cells! Replaced the 6 of them for new ones,bought this little battery powered spot welder which done a great job! 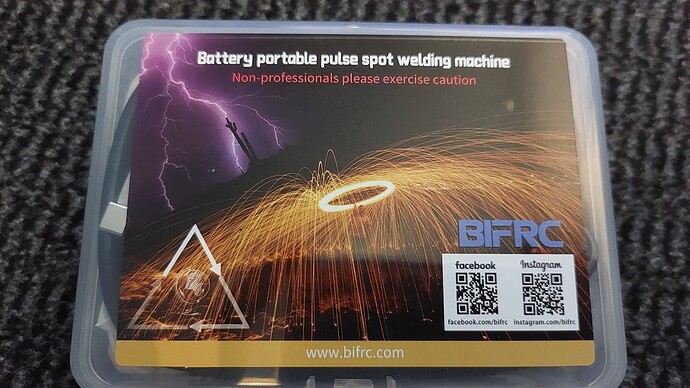 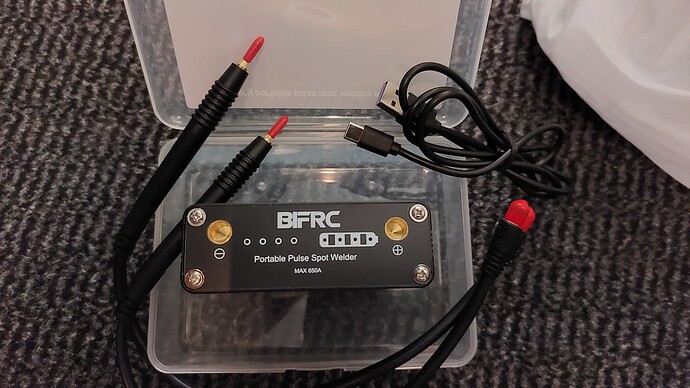 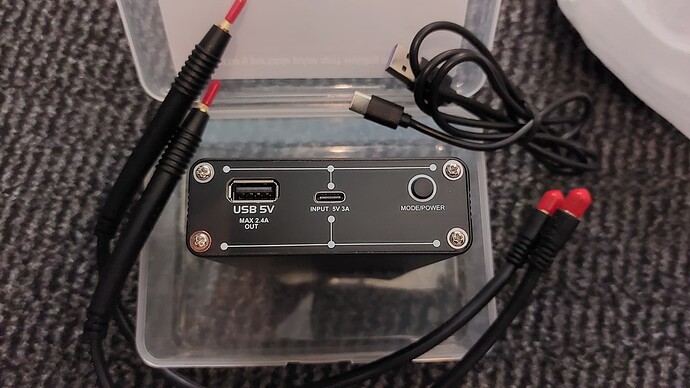 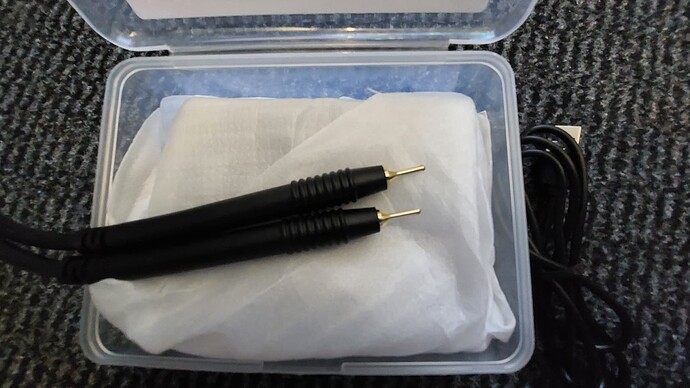 The welding rods are made to last,not really any wear on them yet!
Bought it off amazon for £45 prime delivery but can be found on ebay for around £35
Definitely a keeper for repairs

Replaced the 6 of them for new ones

how many cycle has the other old cells had?

Looks like some of these welds mightve missed on the positive side? 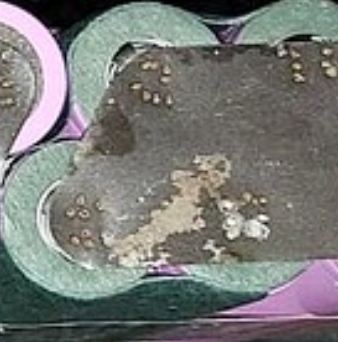 Is this nickel corroding?
A lot of your welds look sus, plus what @frame.b022 said.
This whole battery feels iffy to me. I would be very cautious

Has 6 cycles,not really gonna bin a whole pack of 72 cells over replacing 6,bench tested it and all is good now,smart bms should do its job I’ll just keep an eye on it

As the others said that pack is looking worrying. It really shouldn’t die and lose a P group after 6 cycles, and the unusual layout plus very inconsistent looking welds, inconsistent nickel routing with weird little strips, nickel series connections, and a whole uninsulated side are all suspicious. I don’t think any of them on their own is per se a death sentence, but the combination ain’t great. Also what’s up with the middle of the pack where the two rows of P groups join, is that a really thin folded nickel series connection or how is it done? IMO that spike-drop-spike-drop behavior in the voltage graph shows a short circuit across the P group bring made and broken a few times over, indicating a pretty big construction problem

On top of that, that welder doesn’t inspire much confidence either, and (sorry this really isn’t meant as an attack) a seemingly new builder not specifying what nickel or technique they’re using and posting no pictures on the new welds is also a warning sign. I’m not an expert builder by any stretch though, maybe others will correct me, but I don’t think this pack is particularly safe to use

Bms shows no short circuit fualts only faults it showed was undervoltage for obvious reasons,one bad cell and left in storage drained was the reason i swapped them all out!
The pack was built by @ElectricPacks pretty sure he’s built his fair share of packs but everyone is entitled to thier own opinions!
Dont have any pics as i just got stuck in,I’ve built my own pack before back in 2016

It really shouldn’t die and lose a P group after 6 cycles,

Unfortunately there is a Samsung 30Q batch with some cells that self-discharge after a certain time. There is very little information about it, but even future motion suffers from it. Cells are from nkon or fogstar…

Also what’s up with the middle of the pack where the two rows of P groups join,

Pack is folded and has reinforced tape…

whole uninsulated side are all suspicious

Where? Each parallel group has fishpaper

Cool, thanks for the replies

whole uninsulated side are all suspicious

Where? Each parallel group has fishpaper

Also what’s up with the middle of the pack where the two rows of P groups join,

Pack is folded and has reinforced tape…

Folded nickel series connections are inherently under quite a bit of stress because the nickel is out of shape, they’re electrically probably fine but mechanically under a lot more stress than normal tabs

As I said those aren’t automatically disastrous, it’s just a lot of extra points of failure or risk than if they weren’t there. There’s also the inconsistency in the welds (particularly with the extra P group added after), the point by someone else that it looks like some of the welds missed the positive terminal, and the staining or corrosion on the nickel. At the end of the day this isn’t an entirely academic discussion, it’s only being brought up because something has already gone wrong somewhere in the chain. It’s definitely possible it was a supply issue, but the jumping voltage and unorthodox construction is still worth looking at

Two addendums relating to the voltage drops: first off, the voltage shows a lot of detail in all areas of the graph except the very bottom where it has a hard line at exactly 2.7. That’s a pretty clear sign the BMS can’t display below 2.7 and is just clipping there, which would make sense because it should never need to so why would they waste range. Either the graph isn’t designed to show lower than 2.7 or the voltage from the P groups is scaled before hitting the ADC so they get resolution in the important 2.7 - 4.25V region it’s designed to measure. The display showing all groups may have a different scaling mode because it’s a different use case. Secondly, their own spec sheets confirm this. What this means is the voltage was in fact shorting out intermittently in that graph and not conveniently dropping to exactly the bottom of the voltmeter’s range 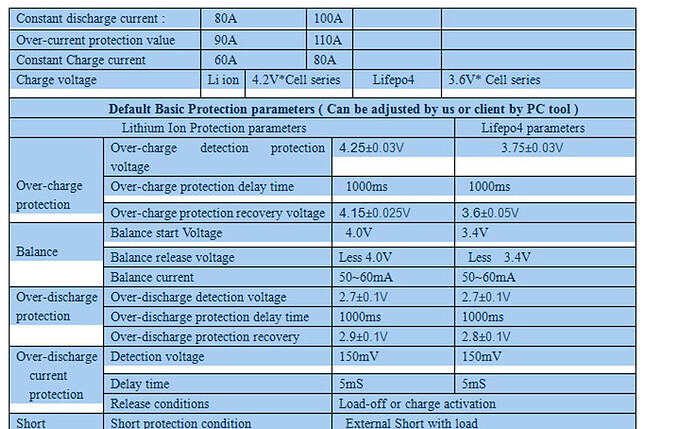