A bomb inside my house 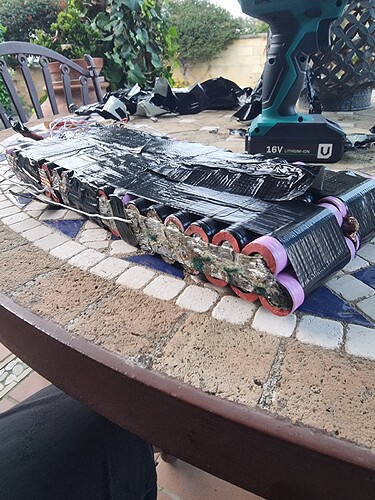 I’m all about cheap stuff so I was happy, i installed everything on my new board and got rolling. It was a lot more powerful than my 8s board and I was having so much fun!

It all went without much issues (had to resolve some cutout issues) untill now.

I connected the charger to my board and arround 3 mins in i heard a hissing sound coming from it. I RAN across my house into the yard with the board on top fearing it might be the battery.

I left it on the middle of the yard and ran away. Arround 2 mins pass and I hear no hissing so I adventure my self with a electric screwdriver on hand and quickly dismantled my board and took off the battery from it…

Then, 5 mins later, after no activity was detected I proceeded to disassemble the battery after 1’5 years of service without ever (even when I bought it) being checked. (I have to say I did good maintenance on my battery and on the board and took care of it, but never took the plastic off.

I will let the pictures talk for themselves. 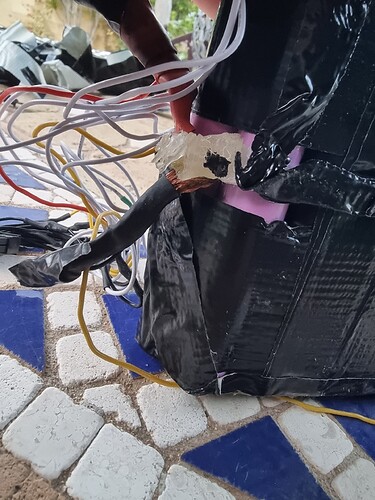 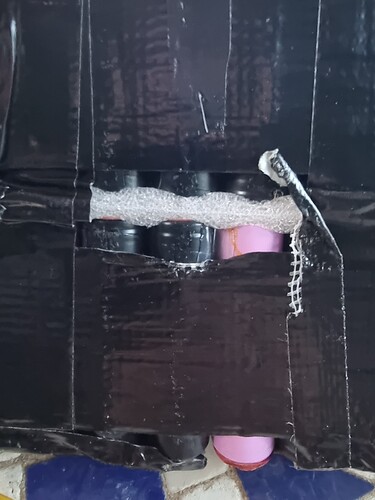 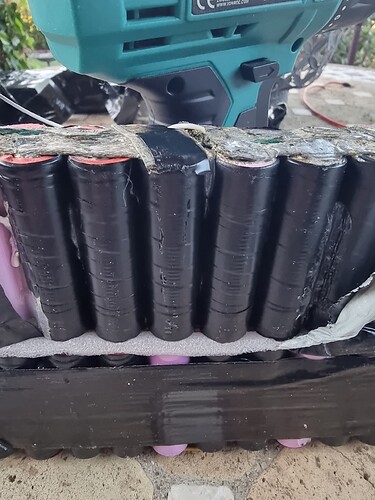 At least the center of the negative pole of the battery it’s not spot welded! 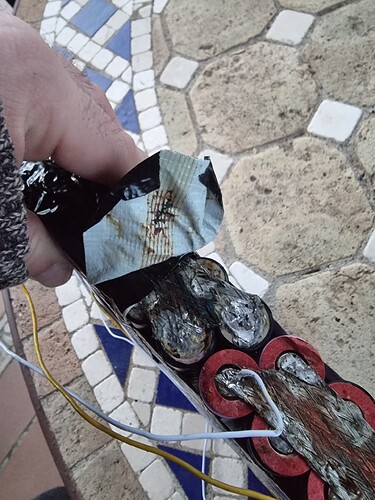 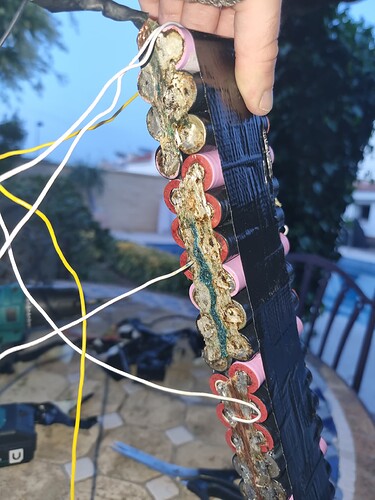 Do you guys think I need a new one?

Who built the battery?

@booya made it and @hiboute sold it to me! I had to dig a lot through the messages to find it tho!

How do I get rid of this safely?

A lot of business have battery disposal containers for free. Aks google for your local area.

get rid of this safely

im tagging @Battery_Mooch for expert advice, i don’t think u can just throw it out like that, too much risk

That is exactly what I think

u can just throw it out like that, too much risk

I don’t think battery disposal containers are thought for lipo or liion batteries, they’re more for normal AA or AAA batteries… As an example, you wouldnt just go and leave a car battery on the supermarket container right?

u r meant to tape up the V+ and V- before disposal anyway to avoid anything shorting it, but in ur case, its probably a huge risk of fire to just tape it up and chuck it in the bin

wow. What a work of art, I mean really a labor of love, it probably took the guy that built this battery longer to wrap each cell in electrical tape then it would take an average battery builder to build that entire pack

i guess it’s like a short cut that makes it longer to build a battery.

They do accept both but

Else you have to bring it to a proper recycling depot.

So you’re battery is very likely over the stated max Wh. Taking apart to bring them smaller packets is not safe, so i would just bring it to a recycler right away.

I read about first discharging them in saltwater, and then disposing them, but for now everywhere I have called does not know where I should get them to

You are so damn lucky that nothing has happened with this bomb since you bought it.

discharging them in saltwater

with a pack that big, i don’t think a bathtub of saltwater can fully discharge it.

i don’t know what mooch will say, but i guess u probably need to cut them into pgroups, and discharge them group by group with a fan load or something

You are so damn lucky that nothing has happened

Im, and thank God I didn’t have to learn the lesson by bad means

It is almost empty (i have my total cutout at 3’3v) at arrown 3’34v each pack, but I would prefer to get rid of them asap.