Ok so trying a new kind of build thread. One that actual follows me as I build instead of a dump when she’s done/just tweaking things.

I have got my hands on probably the last NOS 2011 Rayne Demonseed in the world. I bought it off eBay all the way from Japan. It’s so clean I almost don’t want to build it… almost.

Here’s what I have: 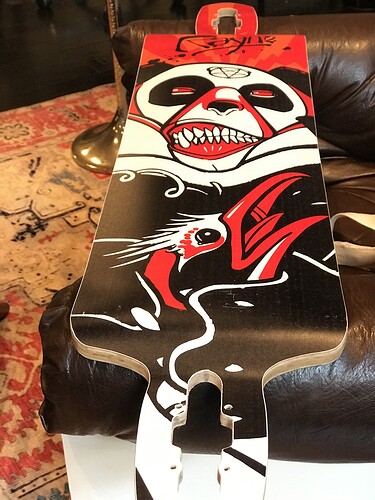 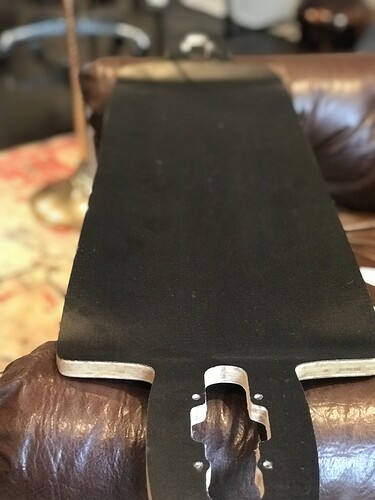 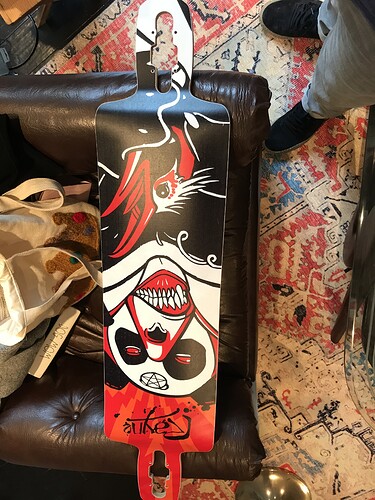 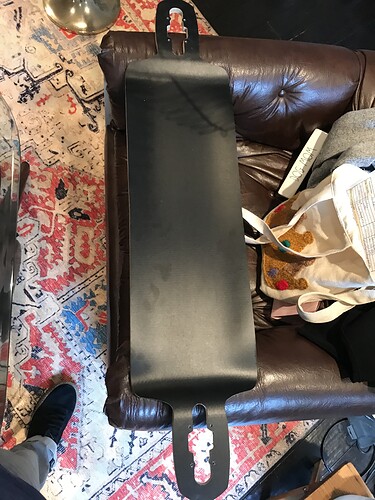 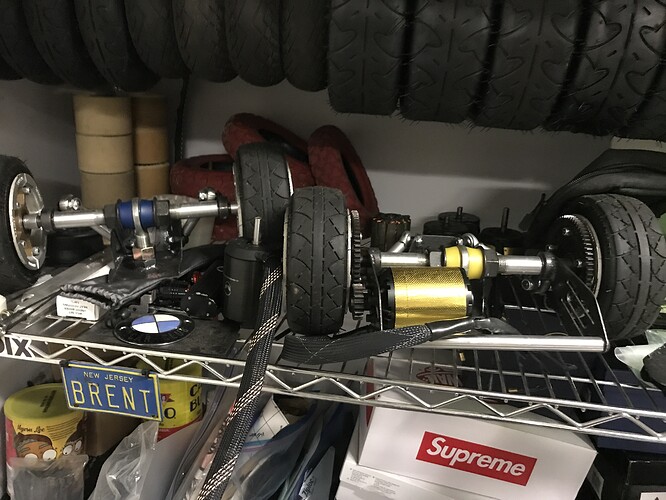 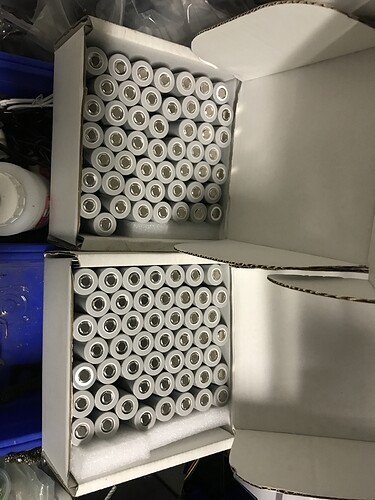 Batt layout- currently leaning toward 12s8p but I can be persuaded otherwise. Debating if I pick up more cells and go nuts

Goals are:
40+ mph top speed
~40+ miles of real world range
I want some kinda light set up too even if its detachable with this much range I expect to go long rides - time will tell if I can stand open gears for 30+ miles haha
More nimble than my 4wd flux (not hard to do)
Something cool for the deck graphic, will prob just be racing stripes but I want it to be a looker too

I want this to be the last board I build I have been slimming and perfecting (imo) my collection over the last year and the only board from the line up I feel is missing is a “raceboard” (even tho I’m slow compared to you animals that actually race). This will likely be a long drawn out build so be patient. Calling her the “Demonspeed” because I always screwed up the Demonseed name anyway and feels appropriate for a raceboard

Let me build you a stainless steel one, could make it thinner guage than what I use, for weight reduction

Let me build you a stainless steel one,

yeah bro. this is gonna be awesome.

i bet this will look crazy with those trucks and wheels.

slap them on there and take some more pics for us.

slap them on there and take some more pics for us.

incoming at some point tonight for sho

This is gonna be epic. Missed the chance to name it SpeedSeed though

Missed the chance to name it SpeedSeed though

That was Brent’s nickname in college

Not sure what iteration of deck these are, but my local shop has demonseed completes for sale. 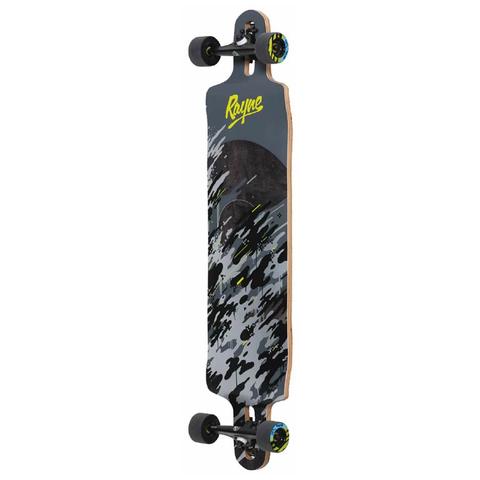 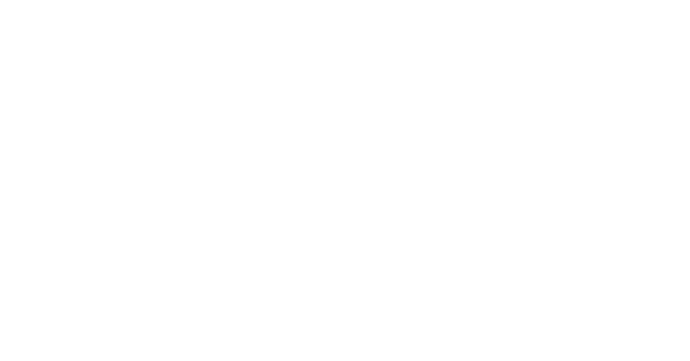 Ok work is slow so @rafaelinmissouri I got yo pix early brah: 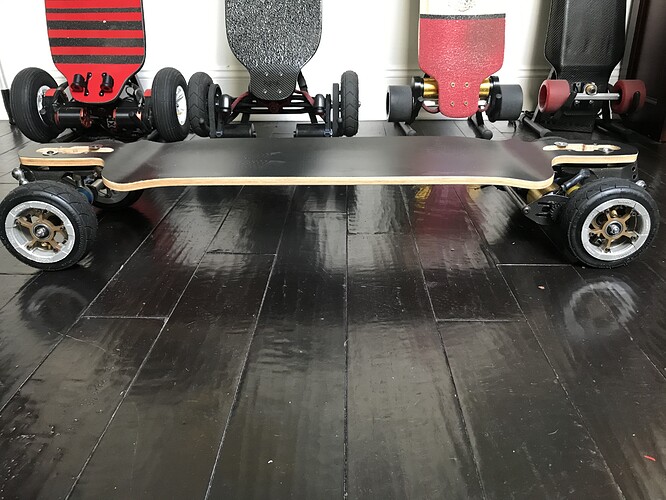 As expected she looks dope. I have to run a 1/2” rubber spacer to not hit the deck with the trucks 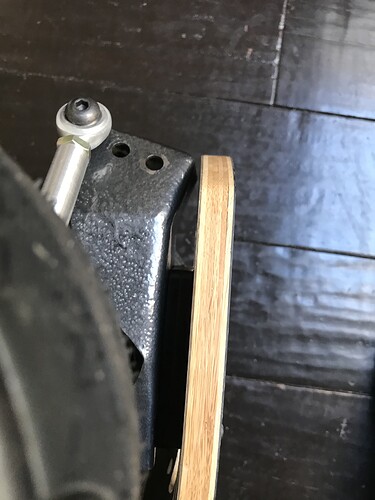 Other clearance potential problem is on full turn I hit front tires a little (this is with the 3links in the most “turny” setting in front and most stable setting in the rear). So with a middle setting on both I’ll prob not tap. 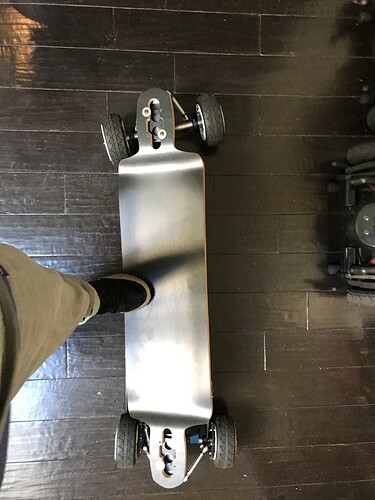 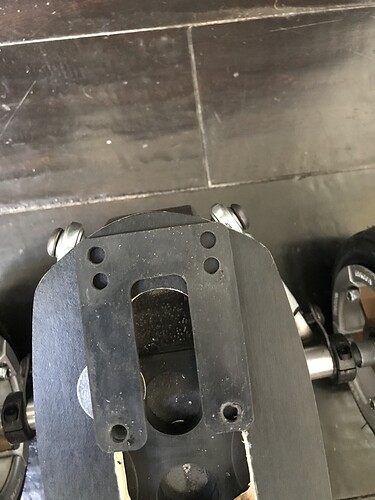 I could put some more holes in the deck and mount the front trucks more forward but would like to avoid that. See second pic above.

I do have a few more mm’s on the axel if I get some spacers for the front truck too: 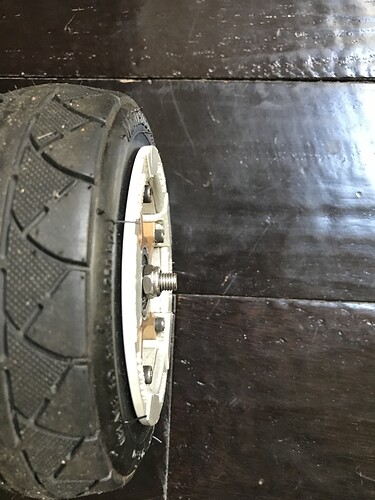 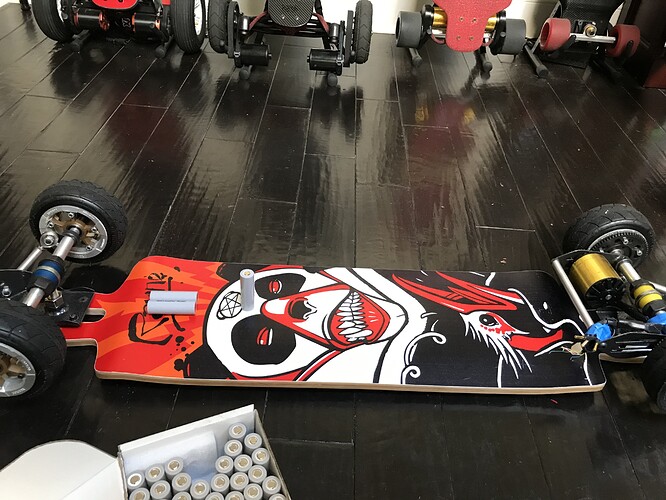 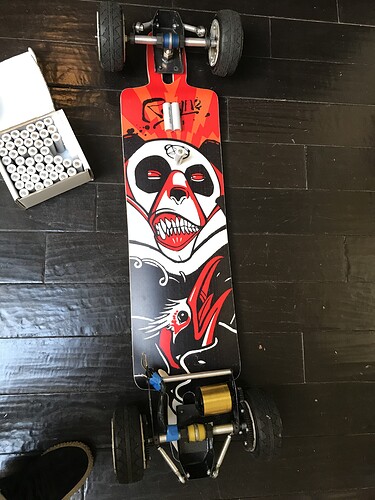 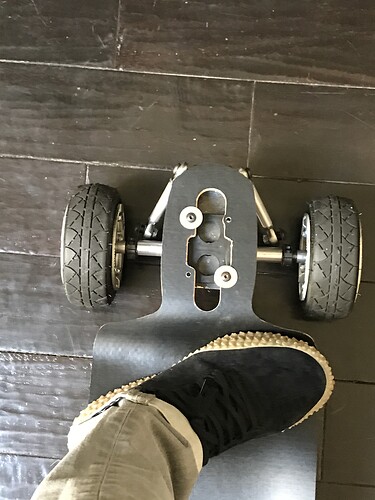 Why do the drop through cut outs look so weird? We’re they done by hand?

Not sure what iteration of deck these are, but my local shop has demonseed completes for sale.

Why do the drop through cut outs look so weird? We’re they done by hand?

no idea this is from 2011 production so maybe less precision milling? dunno mounts fine/straight - I will for sure be getting those x plate thingys for final install.

I can make you some sick ass brackets like the ones you saw in my shop. Obviously it would be custom to your build but yeah ezpz 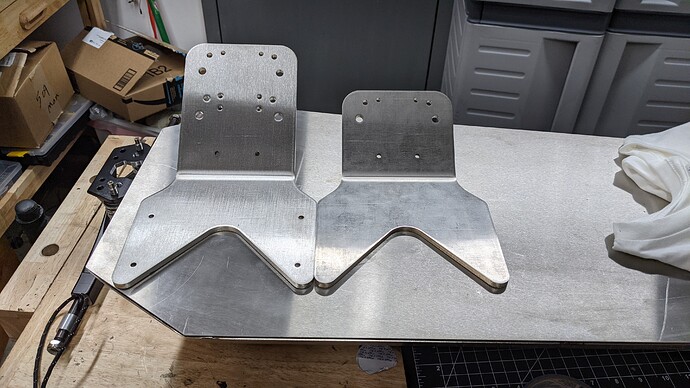 I love a challenge

I love a challenge

The hard part is also the little foot drops, thats why I think that it might need a carbon or composite enclosure, def not a bend that can be replicated in metal - at least not for cheap. I’ll bring it by when you are back from skiing or you can swing by my garage.