Any ways one of my hubs on my wowgo seems to have died u believe it’s a 90mm, I’m looking at replacing both hubs and changing to 100mm does anyone have a recommendation on what’s compatable and if having 100mm on the back and 90mm on the front is a bad idea?

These will work with the wowgo 2s ESC? I was actually looking at them earlier but was skeptical about it.

100mm hubs from meepo are great. They should work but the connectors may not be plug and play, I’m not exactly sure what connectors the wowgo uses. Although a lot of different kinds of adapters are available. 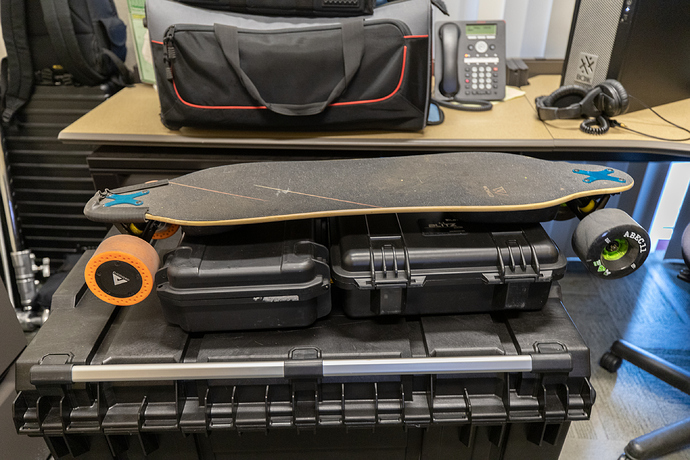 I originally purchased honeycomb PU sleeves and front wheels to shoehorn onto the the stock Wowgo 3 hub motors. Metal to metal tolerances were ever so slightly too tight. I should have used fine sandpaper, but instead I used brute force. Although the swap came with the expected trade-off in acceleration for top speed I also noticed a massive difference in foot comfort after long rides on the plus sized wheels. After a couple months of riding I got separation between the metal and PU on one of the sleeves. Another month or so of riding on a JB Weld soaked hub and I was ready to rehab the budget board.

I took a chance and purchased two of the pre-mounted 105mm Honeycomb hubs from AE board. They look almost identical to the WG3 hubs except in the etched info on the drive shafts. I tested out the matching 105mm front wheels and although they softened up a little after break-in, I found that I much prefer the rebound of 107mm Superflys - understeer is very minimal despite the extra 2mm diameter of the front wheels.

TLDR; this setup is WAY more cushioned and less chattery than running the matching China-Thane front wheels. I also tested out 100mm MBS wheels and the new 100mm TB wheels as fronts with these honeycomb hubs and found the ride to be responsive and fun with either setup. I think that less than 5mm of size differential felt fine and doesn’t ruin the ride but YMMV. 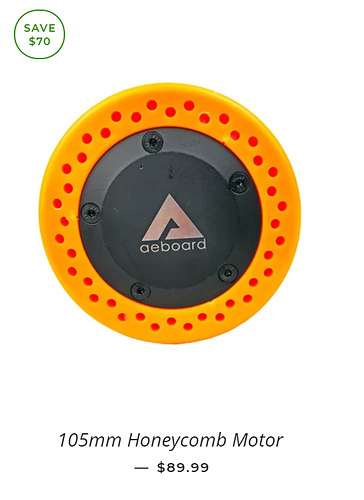 image573×786 79.2 KB
Note I had to swap the phase and sensor wires around, but I was able to achieve results that were nearly identical to the stock Wowgo 3 drives using the WG3 Hobbywing ESC and these hubs.

@spade asked me in a DM about the honeycomb front wheels and I wanted to share my response here in case anyone was considering these.

I originally purchased a combo pack with the two rear hub sleeves and two front wheels. I will compare them tonight to my 100mm MBS and 107mm Superflys to confirm whether they are Abec or Abec clone. One of the first things I noticed about the front wheels was that they are not perfectly balanced and there was a tiny bit of play even when tightened down properly. This would make the front wheels jitter a tiny bit back an forth. In reality I don’t think it was having much of an affect on the ride - however, it bothered me greatly.

During my first 100 miles using all 4 AE honeycombs I was riding in the rain and hit a submerged 2" chunk of uneven concrete on a sidewalk. The wheel cracked near the bearing and became unacceptably sloppy so I did not ride them again. In fairness, I weigh 240lbs and was going at least 15mph - I was happy I didn’t face plant and was not really surprised that I killed the wheel.

I was genuinely impressed with the overall ride improvement on rough surfaces so I ordered the pre-mounted honeycomb hub motors to replace the Wowgo drives. AE Board accidentally sent 4 additional honeycomb wheels instead of the drives. To their credit they promptly sent the honeycomb hub motors. However, I had already decided to buy the Abec Superflys, bc I was not overly impressed with the honeycomb fronts (too hard formula and lacking precision in construction). When the extra honeycomb wheels arrived I took one lap around the neighborhood on them and then quickly swapped on the Superflys.

If the AE front wheels are made with the same PU as the hubs, they will soften up substantially once broken in, but fresh out of the packaging the Abec wheels are a lot softer and are perfectly balanced and I am enjoying running them up front. The AE honeycomb wheels are a tiny bit narrower and smaller in diameter and the turn in was a little better than on the 107s, but they did not absorb impacts from potholes and brick paths nearly as well as the genuine Abecs.

thanks for the review of these 105mm honeycomb wheels I’ve been wanting to get my hands on, I keep hearing how comfortable they are, and yet people who’ve not tried them keep bagging them. If that were the case (in how bad they are), AEboard wouldnt be flaunting them across their more recent “flagship” models. I almost feel as if this is the ultimate solution for Chinathane hub-motors, (sans having quality californian thane like Arctic Blues 74A on the hub-motors - almost never gonna happen).

In terms of diameter difference… trust me - this rides fine - 90mm dia front, 52mm rear. I’ve gone a gentle downhill on it. Quite fun actually 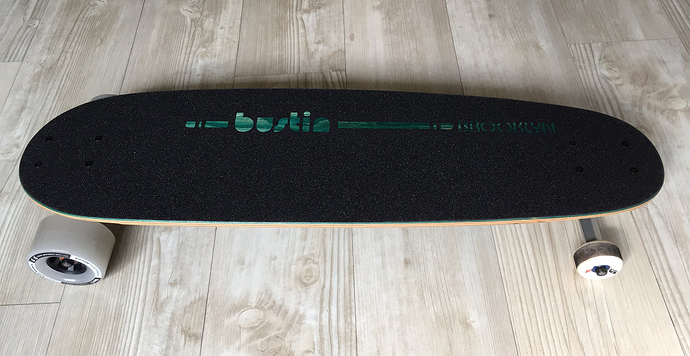 Bit of an update. I opened up the ESC case as I was replacing the power switch but it seems that this board is just breaking down due to a lack of maintenance. I checked the ESC and it appears one of the motor wires broke off the ESC. 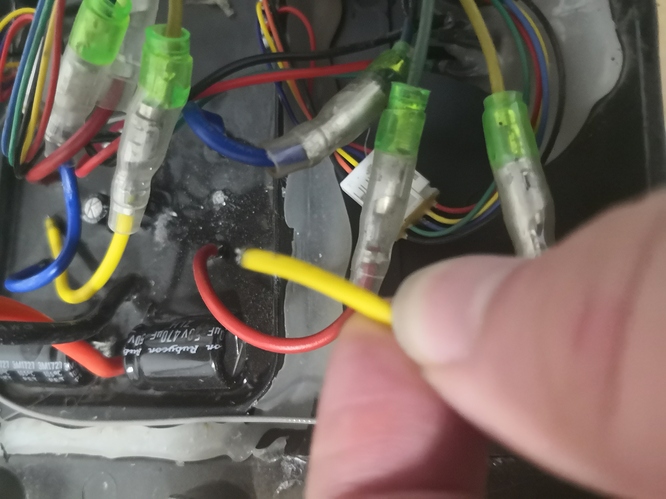 Going to pull it out and see if I can resolder it back on. I touched it back on the pad and pulled the trigger and it’s all happy to run. So it looks like the motor is fine. Apart from being unable to replace the sleeves haha

Nice work, way to troubleshoot. I would see if you can carefully remove some of the black silicone around that to expose more wire for solid solder joint. Be careful, try not to break the exposed wire or the ESC board anymore, I know that silicone is tough as shit

Easily exposed problem is the solder won’t come off its rock solid. I don’t think my soldering station can get hot enough…

there might be some solvents that you could apply around the area to remove the silicone? Post it on nOOb questions, I could be making a terrible suggestion

Nah I got the silicone off with a sharp blade then peeled it with pliers. Issue is the solder. I can never get it off parts that come from China

are you tinning your soldering iron?

I had the same problem with a HobbyWing ESC on my Ownboard setup
In the end I used two soldering irons at the same time to be able to reflow the solder joint. A single one even with a big chisel tip just wouldn’t do it. Now these were all cheaper Hobby King Hakko clones so potentially a high power, high quality single unit would do it.

i already got the silicone off. its the solder i cant get off to fix it