These two vendors are very interesting. One the surface, I can not find any link between them, and they seem to offer slightly different pricing on the same cells.

Originally I heard about Battery Bro (I dont remember how it came up) and I was curious enough to put in a request for a quote for 200x Samsung 30Q’s. I got an email back promptly from a Chinese sales rep named Margie, informing me of their pricing, estimated shipping time, and that their cells are “Grade A.”

Interestingly, Margie’s email address was from a voltaplex.com domain, which is how I stumbled across Voltaplex.

In researching all these companies on the forum, I found scant mentions of them. Voltaplex has a few hits of people linking to them, but it doesnt seem like they are saying they bought from them, only that they are linking there for spec sheets.

Has anyone purchased from them? Can anyone vouch for them being legit? Do they sell garbage fake/counterfeit cells? 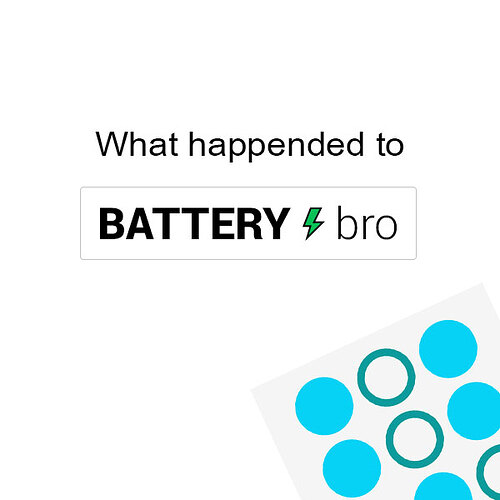 What happened to battery bro? – the Battery Doctor

Ooooh this is getting juicy. Seems that the co-founder Anton transitioned the company away from retail sales (BatteryBro) and into B2B sales of bulk cells and battery packs (Voltaplex). Anton admits in a comment on this article that he encorporated the company in Chicago, but is operating out of China/HK.

@Battery_Mooch this topic uses the words “battery,” “cell,” and “genuine,” at least once, so this is your obligatory tag

Got any experience with these vendors?

the address listed on voltaplex.com in HK is a virtual office address: 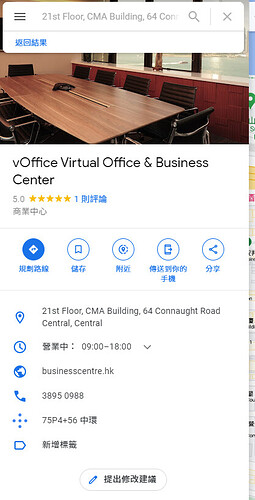 Well now aint that something…

im pretty sure they got no one here in HK, having a mailing and marketing office in HK sounds more legit

Anecdotally, and at the risk of sterotyping, my brief email conversation with the BatteryBro sales rep matched up perfectly with every other Hong Kong/Shenzhen sales rep I have spoken to online haha. All the way down to the @jeffwuneo levels of “hello friend” and such. So I have no trouble believing that their sales staff is somewhere in china. I’m not sure what fronting as a Hong Kong business would benefit a Shenzhen based company, but whatevs.

lol pretty much all actual companies that run by genuine Hong Kong people will never reply email starting with “hello friend”, no, actually the word friend won’t even appear in a business conversation, we have a higher english standard

although the rate is dropping fast

fronting as a Hong Kong business

because western doesn’t like china, but they will accept HK, this is the difference and how it benefits them

because western doesn’t like china, but they will accept HK, this is the difference and how it benefits them

For the record, Margie didnt actually say “hello friend,” I was just using that as an example haha. To be fair, upon rereading the emails from her, she spoke much better english than Jeff Bogan haha.

I decided to ask Margie

No matter what she says though, I doubt it will make me feel comfortable spending several hundred dollars on cells from an unknown company.

ok lol if they insist on the HK address thing, let me know, i will go knock on “their” door

I didnt ask about that, just asked what the relationship between battery bro and voltaplex are. 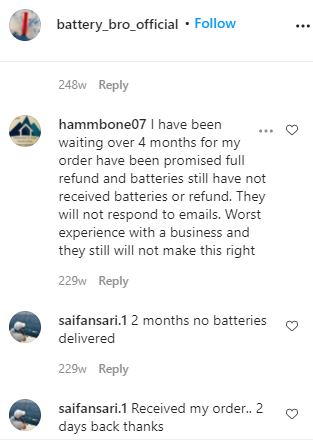 Checked all the comments on their instagram and found these. Looks like the second one there got resolved a couple weeks later. Nothing on instagram for Voltaplex other than a few hashtags for some hair products, and one random European battery builder.

is BatteryBro safe for battery shopping?

Hi guys! i recently purchase LGHE2 from Batterybro (18650 Battery | BATTERY BRO) and it has been 4days still no update my fulfillment. i have no idea...

What happened to battery bro? – the Battery Doctor

Ooooh this is getting juicy. Seems that the co-founder Anton transitioned the company away from retail sales (BatteryBro) and into B2B sales of bulk cells and battery packs (Voltaplex). Anton admits in a comment on this article that he encorporated the company in Chicago, but is operating out of China/HK.

the battery doctor website is also interesting, Anton did a reply of the blog post to “clarify” stuff

but when a company’s CEO needs to step in and clarify something in a specific website, there is no team involve, its just him or maybe one or two more people in the “company” 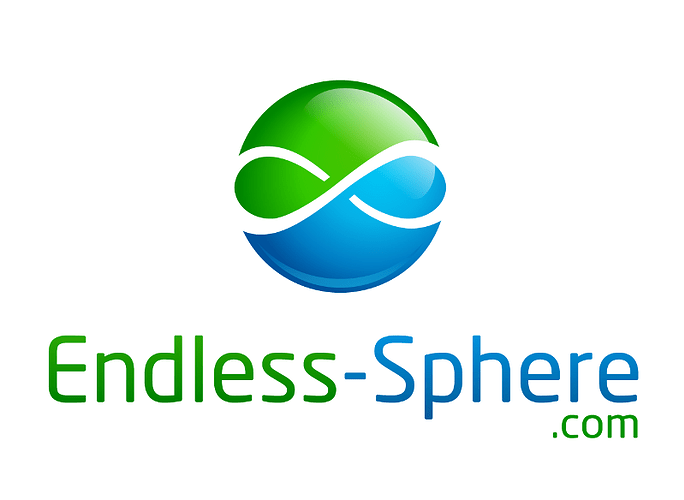 What has happened to Battery Bro (batterybro.com)? - Endless Sphere

These forum posts seem to show that some people had the warm-fuzzies for BatteryBro and their articles/reviews.

Here’s a link to their blog, there’s some interesting info! I wonder how much of it is true haha.

the battery tests and reviews are everwhere on the internet, its not hard to rephrase and stuff. the interview about the Mars Rover battery was interesting, i thought the rover uses nuclear energy to power itself instead of some 18650 cells

The articles about spotting counterfeit cells were particularly interesting to me, but a lot of the claims made smelled like small-sample-size assumptions to me.

Definitely checked them out in the past and seemed weird.

Seems like the jury is still out for now. I really want to know if they are legit, because Margie quoted me some very compelling prices for 30Q’s haha.