So, i just got my new Kaly XL50. It’s amazing, no complaints anywhere with the board, but i have never been a fan of the puck remote. I saw that Spintend actually makes a remote that works natively with their VESC so i bought it. I cracked the Kaly open, removed the puck receiver, and paired the Spintend remote according to the instructions. After quite a bit of fiddling to get it functioning, i went for a test ride only to find that the remote looses connection more than 18 inches from the board. I have heard that carbon fiber can block remote signals, and carbon fiber prebuilts that i have previously owned have all had the receiver antenna routed somewhere outside the case. I’m not sure why the puck works so well, but i’m guessing that’s why Kaly uses it. Maybe the superior electronics in the puck really do make it that much stronger. Anyways, has anyone else succesfully gotten a spintend remote working on the new style Kaly with the carbon fiber enclosure? 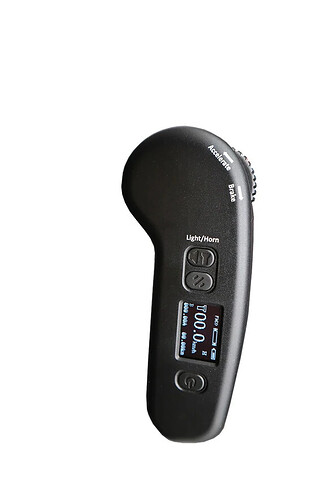 Maybe the puck receiver was placed in a very specific spot within the enclosure?

1, the receiver is on the PCB inside of a metal box. The signal is never good
2. The Kaly deck and enclosure are both carbon fiber. Ernesto generally external mounts puck reciever to maintain good connection.

Unfortunately I don’t think there’s much of a solution

I thought that was just the METR antenna

I don’t have experience with this

Lemme get the resident expert on this

Drill a hole in the enclosure above the ESC and patch with fiberglass, then hide your sins with a fabric skin or grip tape

Like Jeff said, you might be able to get an external reciever. If you’re set on using the uni1, get the dedicated rc and external mount it.

The antenna on the kaly is the metr antenna

Yeah, its up against the side, and the built in spintend receiver is inside the metal ESC case and heat sink, it has a lot more blockage to go thru

Tempting but nah, i cant do that. Veeeeery tempting though

The external reciever actually came with the remote, the down side is i will loose some of the native extras using it that way, and im a little sketched out fiddling with the remote now after witnessing the CF disrupt signal first hand.