Im looking for some perfect esk8 slide wheels. Ive been eyeballing the Zombie Hawgs 76mm for a while but I don’t think there’s any pulleys that fit their cores (yet). I’m also interested in the AHMYO Akasha FR because I know the kegel pulleys fit them. Anyone found some playful slidey wheels that are good for esk8?

I am waiting for these pulleys

I have been looking for awhile for smaller longboard wheels that could slide well but grip up when needed. So after hearing @skunk talk about these wheels I had to give them a shot. Road my friends push board for a hour and so and fell in love. They had the perfect amount of grip well still being capable of putting them into a controlled slide. So I set out to design a pulley for them. The pulley would be a bolt on 6061 aluminum raw finish and to get the sets we would need at least 5 people in …

I’ve been riding my 83a purple kegels for at least 2 years and sliding them for about 1 and they aren’t pretty looking anymore but they haven’t chunked and they’ve easy to get and pulleys for them are readily available. I remember arching an evolve video where they talked about sliding and the best wheels I think the consensus was purple levels or caguamas because the cags have rounded edges.

was this the video? I hope to learn how to slide soon, I think there’s safety in this skillset.

I bought this ones for the same purpose. Wanna compare them to purple Kegs.

nice… I am confused to the Duro rating though - on the website spec it says 88A, but on the wheel itself is 85A. Interesting to note that the harder the duro the cheaper the wheels are. if you manage to find Ahmyo Akashas, they are great for sliding if you can achieve the road clearance for the drives.

They are 85A. No regular ESK8 rider wants to ride such hard and small wheels. Those are just for science. 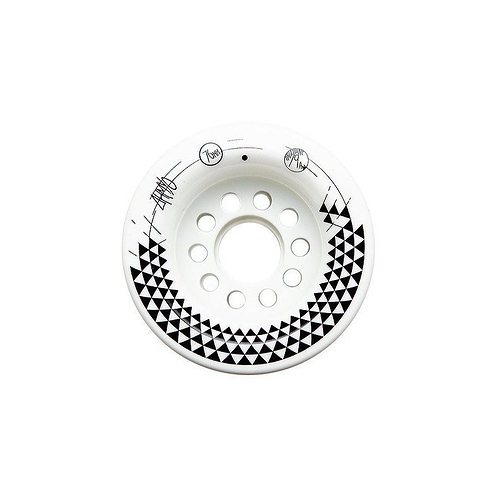 Those don’l look bad, a litte soft though.

They are the Overlord’s favourite wheels.

The head honcho of this forum! LongHairedBoy

So I tried out some wheels for a couple hundert kms.

First I want to start with the 80mmx56mm squared lips 83a purple Kegels. 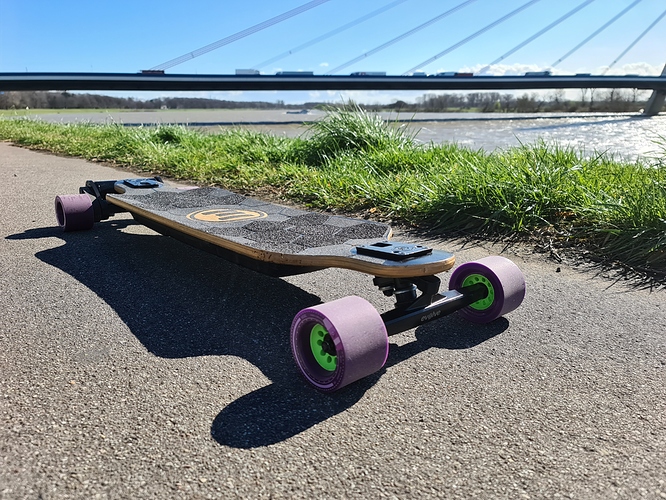 First thing I noticed is, that the wheels feel very soft for 83a. They grip way better than I thought they would. I thing this is because of the squared lips and the happy thane formula in general.
They are really comfortable for 80mm wheels. But this is not what I hoped to get. I was looking for a smooth sliding wheel and this is not the right one for that purpose, in my opinion. When you start sliding it, it gets rubbery instead of chalky. I think this is a great long distance push wheel, or a in general nice ESK8 wheel for mini boards, but for me it’s definitely not the best sliding wheel.

That wheel is also surprisingly comfortable for a 85a wheel. It is significant harder than the Kegel but not much less comfortable, since it’s 3mm larger in diameter and it kind of flies over small obstacles.
Compared to the Kegel it’s almost as grippy, but much smoother to start a slide. it has a nice chalky feeling while sliding, thanks to the round lips and it is in general a nice looking and fun wheel to ride.

Next one is the 90mmx52mm 83a squared TeamGee wheel. 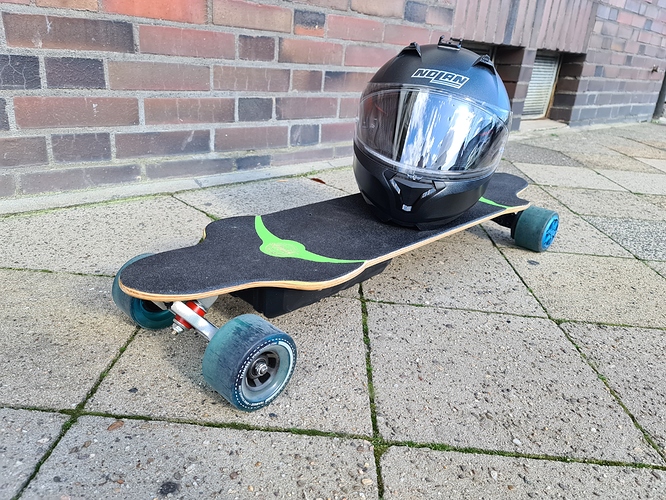 The general ride feeling is on this board less comfortable du to the hub motors. The wheel is not extremely grippy, so it is quite easy to slide. Since the TeamGee deck is shorter than the Evolve decks, the ride is very playful.

Last one is the new 97mmx56mm slightly rounded lips 76A Evolve/ABEC wheel. 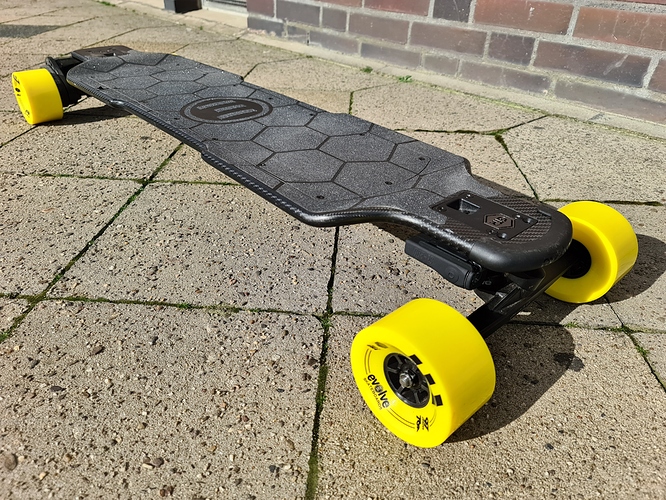 The ride is not very comfortable for a 97mm 76a wheel.
When you squeeze it with your fingers it feels like a normal 76A wheel, but when you ride it, it feels and sounds a little bit harder. Maybe this is, because they changed to a harder core, but otherwise the batches before were also not very comfortable for such big and soft wheels. The grip is really good though and in my opinion slightly better the older black batches.
The slides were so far the smoothest ones. Very controllable and forgiving. Not as playful as the 83mm SR wheels on the same deck, but smoother do ride and slide.

Additional thoughts: With a flex deck the sliding is more playful than with a stiff deck. It is a little harder to control, but it kind of pushes you back in your line. Sometimes it can be a little twitchy though. Also my first intuition was right, In general I prefer smaller and harder wheels for sliding. I like this old school skateboard feeling on those wheels and I appreciate the lower ride height while sliding, in contrast of a higher stance while carving. Further, the small “hard” wheels were more comfortable and fun than I thought. I would like to try a even smaller 88A-90A wheel, but cant find some with ABEC or Kegel core. In future I will look deeper into Seismic, Venom and Hawg wheels with custom pulleys. On the other hand I was surprised from the sliding ability of the 97mm Evolve wheels.

If you guys are interested in, I can also compare the 107mm Flywheels vs the 110mm blue TB and the 120mm Foamies for slides. Sneak peak, they are not the best wheels for that purpose

Have any video of your slides on these?

I have some Slide Perfect Flux wheels. Should be very good for sliding 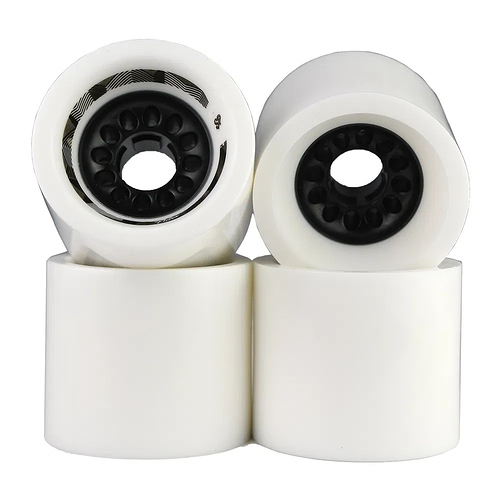 Wanna see proof for the worlds most powerful slide or why are you asking?

Do you use them with custom pulleys?

It will need custom pulleys. Havent used them yet, if I get ths longboard that I saw on facebook Ill try them out.

Or you can just try them DH first. I find sliding on slightly inclined hills easier than on an ESK8 anyways.

I havent used them yet