Hey guys, got a question I’m hoping someone can help with.

I have the battery and ESC that come with the Backfire G3+ and I’m wondering if they would be compatible with the Revel direct drive motors they’re now selling separately. Any info would be appreciated…

Battery should be compatible, but there is only a tiny chance that the ESC is directly compatible

They should work with VESC though

Basically motor Kv isn’t the same between Backfire and Revel motors + voltage might be different.

IIRC Backfire uses 12s esc and battery, no idea what Revel is running but I was under the assumption that the ESC Revel uses is 10S?

Apart from voltage issues for low cut, motor can run but not at optimum power because Backfire esc won’t run motor detection.

unless the G3+ esc has the auto learn function, or else i expect it to work in unfavourable way, again there is also the sensorless way u can run

the G3+ ecs enclosure will have enough space for a unity if u ever plan to upgrade to a vesc, then u don’t need to worry about if esc works or not

Your G3+ battery is 12s2p 40t cells. Revel kits use 10s batteries. This should be fine, but your top speed will be faster than a regular Revel kit.

Like others have said, the ESC probably won’t play nice with the Revel drive.

You would want to buy a vesc that can handle 12s. @KaramQ has some focboxes for sale right now.

Thanks everyone. Thinking I’ll just grab another VESC at some point. Appreciate all the advice.

Anybody who has used these drives able to comment on their performance/reliability?

In general Revel kits have a good reputation. My girlfriend has one and I don’t have anything bad to say about it. It’s quiet, has great freeroll, and it will make it up any hill.

Another easier, but less fun option, where you would be very limited in wheel selection - you could buy the backfire drive kit. Looks like it’s only $100. I don’t recommend that route, but it would get a working kit for less and be easier with what you currently own.

quite good, but don’t expect high torque until u vesc it up. they also have sort tiny wires, so probably just smol amps only

also, not to detail the thread, but what y’all think is the best VESC on the market rn? stormcore? don’t really need the extra functionality from the spintend

yeah I’ve actually already got the Backfire hubs on a loaded poke deck with the G3+ battery currently. they’re great, but I’d love to run some TB110s and not dealing with belts sounds nice 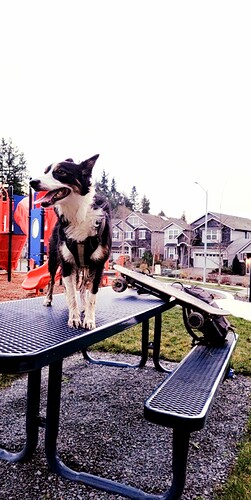 if u r planning to reuse the G3 enclosure, then u will have to pick 2x smol esc or anything that isn’t bigger than a unity volume.

unity is already a very tight fit in that space

Speaking of…you think they’d take the same amps as the meepo hubs? If i could run them at 30-35A per side when it’s warmer or 50A when it’s cold I’d might want to get a set.

gotcha… how big is the unity compared to the spintend? comparable? my spintend seems pretty beefy

no way spintend is gonna fit in there, not a chance even if u remove some material

yeah haha def not. is it super complicated dealing w/ 2 ESC rather than a dual motor one? just programming individually? sorry for all the noob questions

not that complex, basically u just do same setting twice via canbus, one on each side.

sorry for all the noob questions

no need to be sorry, this is what we r here for

u got a better pic of the underside of ur loaded poke? i’ve been thinking about that idea for a bit also

a quick search on the forum tells me I prob shouldn’t get a focbox tenka, huh? seems like they fry easy

what would you recommend I do for a VESC? unity is seeming like the most logical choice… stormcore/spintend too big