Right, so after an afternoon of sweating and swearing I finally managed to remove all of the goo from the deck. And I was really surprised with what turned out to be the best way.

So firstly, I should have used a heat gun or hair dryer to heat up the grip tape before peeling it off. But I didn’t. The result of that was the tape coming off but leaving ALL of the adhesive on the board.

Firstly I tried acetone and a rag. Didn’t do much for the goo, but took the paint off pretty easily!

Second I tried methylated spirits and a rag. This worked, but took a LOT of elbow grease. A sharp flat blade helped here to remove as much as I could before rubbing the rest off.

Finally, after a quick Google, I tried WD40 and a towel. This worked like a charm. Seriously so much easier than any other method. Still takes a bit of patience and effort but definitely the way forward! 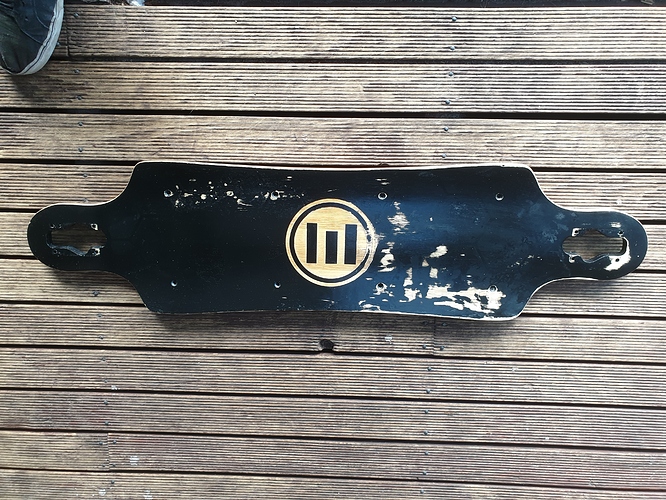 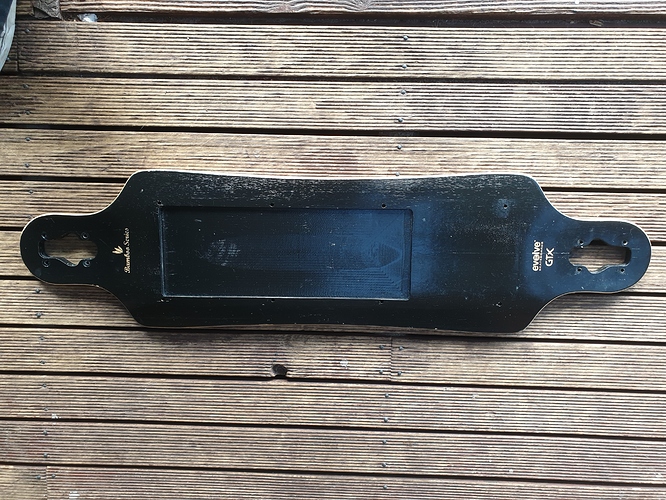 My old school tried and tested method is after getting the tape off get a substantial piece and use it to re-stick to the adhesive and pull it off again quickly.
Do that repeatedly until the adhesives gone.

I used goo gone which kinda helped let me scrape the crap off. But still left some residue. I ended up sanding the rest off the deck. It was a pain. Why does the adhesive separate from the grip? Does this happen from cheap grip tape? I bought a roll of some cheap stuff and this was the result. Maybe I’ve just been lucky. I now know to heat it as you remove it.

Lemon scented goo gone in a thick coating does it well.

The lemom kind has very fee harmful chemicals in it and it hurt the wood. It might dissolve the clear coat or remove the luster but a can of spray laquer will solve it

Heat gun all day long. Small bit of heat and then it comes off fine but some griptape is rubbish and no matter the technique will seperate. Black backed tape is usually the best.
WD40 is the bomb for this and petrol. Its a petroleum based glue so fuel works too.

A putty knife has worked well for me in the past

Don’t forget to degrease the board if you want to apply any new paint/cleacoat or griptape.

I found that brake cleaner also helps a lot, and after it evaporates the griptape will be sticky again and you can reapply it if it’s intact.
Applies to a lot of sticky surfaces, not only for griptape

I just use cooking oil. Cleaned it like this twice. Worked out pretty well.
Oil the board up, grab a towel, and get to scrubbing.

It get very messy though

. Last time I got so fed up with trying to clean the oil off the deck in a sink that I just took it into the shower with me to, that helped with the splashing.

Had same problem! WD40 + towel gets it off real nicely. Real oily after so I used dish soap to get it off.

Reason why wd40 worked is because it is actually a solvent where most people think it is like grease it actually pushing grease and stuff that is ceased and stuck. Next time do the heat gun as you are peeling. You could probably use a hair dryer and scrape off the goo.

I was always under the impression that wd40 was fish oil.

heat gun and peeling didn’t do the trick on that deck for some reason… maybe i was doing a bad job. didn’t have the paitence to heat and scrape it off either

you probably didnt heat the grip tape enough I let go back and forth slowly for several minutes with the heat gun and then use a razor blade to lift the edge and then slowly peel up as you hit the top with the heat gun.

@glyphiks WD40 has a majority of a mixture of hydrocarbons what they call aliphatic hydrocarbons it does have some petroleum based oil in it though. A while ago I ran it through our GC/MS system. Before that I was also under the impression that it was an oil.