A long time ago I entered the Hoyt Remote contest with what I called the Hoyt Remote Pro (or something, I can’t find the stupid original post). Anyway I’ve been using this remote and I really like it, so when I found out that a certain Chinese PCB house was offering 3D printed parts I decided to try them out.

Here, if you recall, is my original submission: 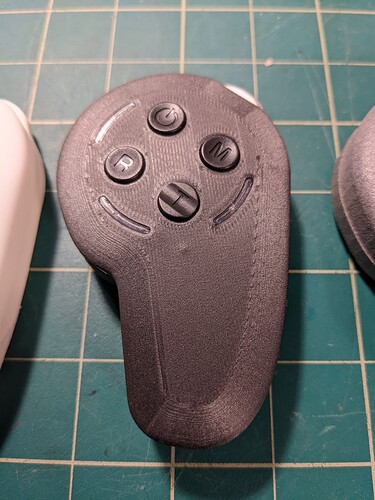 You can tell it’s been 3D printed though the finish is actually pretty good since I did it on a prosumer nylon printer.

For this run I only made 2 modifications. The first was to change the way the USB port works. With the original part I had a slot embedded into the upper housing so you really had to tweak it to get it into the housing. The second was to make the holes around the buttons slightly larger because on a really warm day the nylon would actually expand and interfere with operation of the buttons.

With the two print technologies offered, Goop (SLA) and Laser (SLS), I wasn’t restricted, so I was able to extend a tab up from the bottom part. Now the guts slide into the housing so easily I could swap housings in 2 minutes.

But enough talk, here they all are: 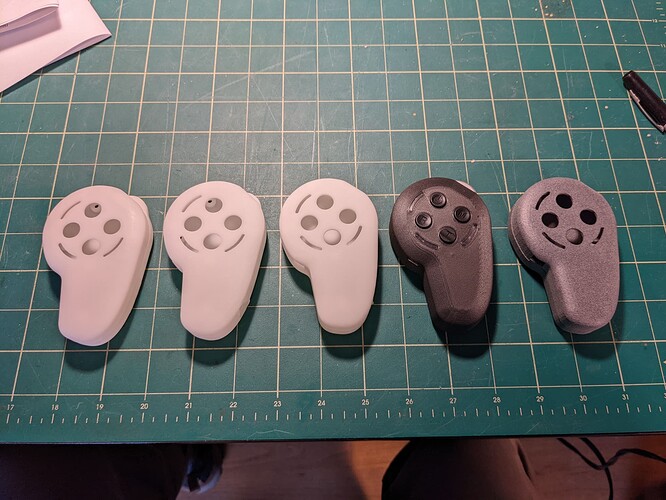 The 3 on the left are different types of SLA, but they are almost completely indistinguishable from each other. 1 is slightly more creme colored and the other two are the same white. They have a very subtle texture.

The one on the far right is the SLS, which I got in natural grey, but you can also get dyed black.

Two problems popped up immediately, both having to do with accuracy. Because the original housing was nylon which is quite flexible, I was able to force my lenses (which are PLA) into the slots without a problem, but in the new cases the lenses are too big and I’ll have to re-size them before I can get them in.

The second problem is that the nylon printer prints screw bosses a bit too small, so the screws engaged perfectly, whereas on these new parts the inner hole is slightly too large and the screws don’t engage. That’s hopefully just a matter of going up one size in screws and carefully tapping the housings.

What intrigues me about the white parts is that they are very translucent. With a bit of re-design I could easily put together a remote the whole of which glowed some interesting color.

Here are some closeups of the SLS and SLA with the guts installed: 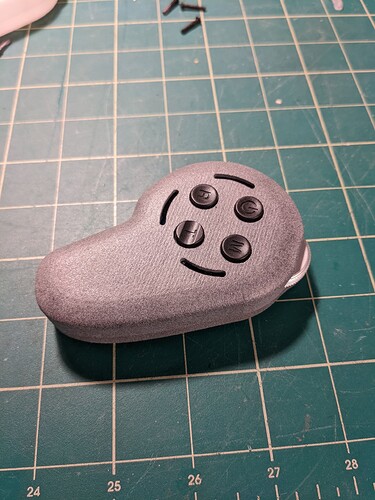 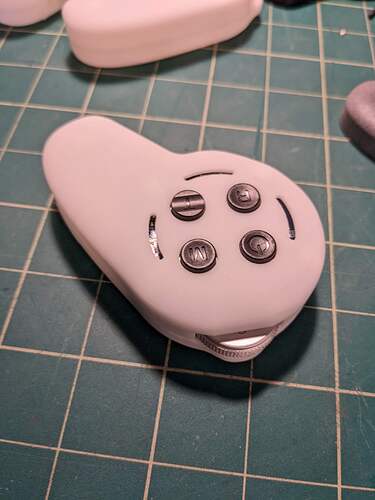 Now that I’m really impressed with the results (and the price) I will probably make some additional changes and release a V2 of this remote:

I am in no way associated with either Hoyt nor JLCPCB but I do really like both of their offerings.

I believe it was on Freesk8 forum

I believe it was on Freesk8 forum

Couple of other things I’m noticing now that I’m putting it together.

Which leads to the primary problem with getting these things done offshore, no chance to iterate your fixes.

Anyone have a contact at Hoyt who might be willing to send me STL’s for the buttons? If I’m going to do it in white I might as well go all the way

I was able to extract the buttons from the Guts assembly STL that Hoyt provided, attached.

Ok, took a lot longer than I thought but I’d like to present the Hoyt Albino Pro 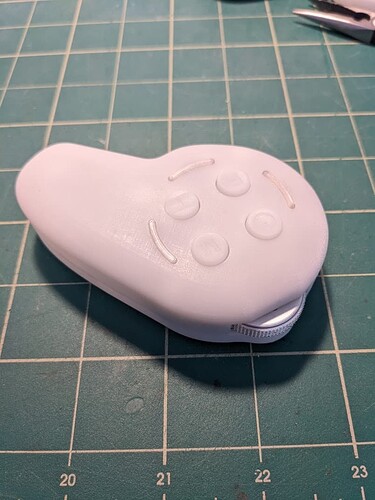 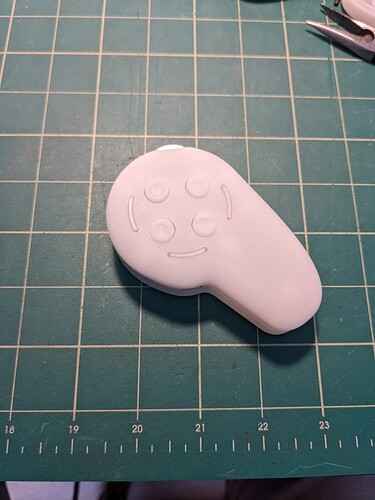 Nice one. What about green with green or white buttons? @Linny

They are starting to come out with dyed resins for 3D printers, but right now it looks like the green resin is glow-in-the-dark. Probably someone with better Google Fu than I can find some.