New to esk8 and running low on patience

I’ve finally reached the point of throwing my hands up. I just want to ride. I can’t figure what’s going on with my board and it’s one thing after another. I originally had my sister’s ex start the build and after much dismay, finally got my board back 3/4 done. Problem being that I knew nothing about building and after immersing myself completely still at a loss.

Last little bit seems to be a pulsing with the motor. Any idea’s on what to do now?

What is your set-up/parts?
And what problems have you been having?

finally got my board back 3/4 done. Problem being that I knew nothing about building and after immersing myself completely still at a loss.

What step are you at now? setting up ESC?

That’s half the problem, he gave me nothing to go off of. Motors have no branding and he gave me no details on where it came from. I ordered the wheels, deck, battery, trucks, bearings and all that.

The vesc was preprogrammed so that already works. It’s literally just getting it to smoothly run.

Not sure if I may need new motor bearings, or hell even a new esc to stop the pulsing stuck motor.

which esc u have? what parametres were they set at? what remote u using?

if u can, list out the full spec would help a lot

It’s literally just getting it to go now. I have a vesc so that was preprogrammed. It’s all synced but the motors are doing a pulsing thing.

What brand vesc is it

The sound seems like improperly setup sensors. You also provided next to no pictures. Take pics of stuff so we can actually see how its set up

from what I know (he took spare parts from other builds)

You need to set you VESC, these do not come pre-programmed. You need a little bit more of patience or you migth get an endless set of additional problems, otherwise I suggest you pay someone to do it for you. 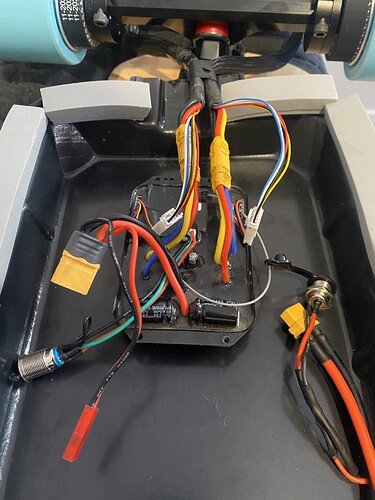 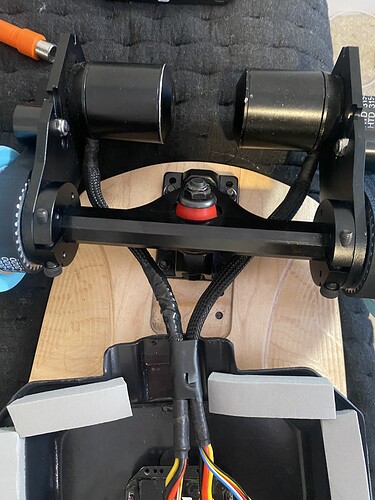 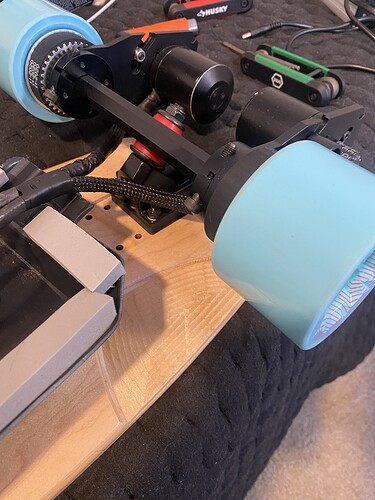 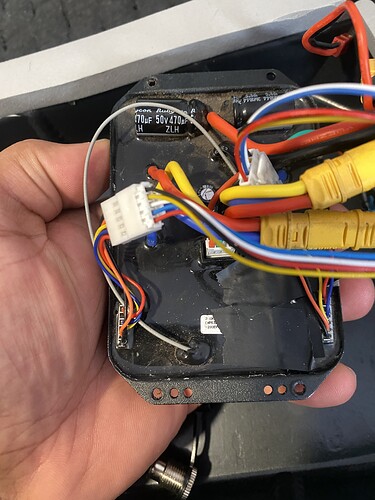 That’s not a vesc, that’s a hobbywing V3. You need to make sure the sensors for each motor are plugged in next to the correct phase wires

That’s not a VESC

Looked like you got boned by your sisters ex. Where’s your battery from, and what are its specs by the way? I’d post your whole setup and more pics so we can look for any potential problems.

that’s not a vesc, its a hobbywing ecs which isn’t programmable by user, if it was designed for hub motor it won’t work on this setup

if its designed for outrunners, then the stuttering that motor is experiencing, u can try to swap around the phase wire to see if it gets any better, but i doubt it would get any better than that.

Get a VESC and finish the build

i didn’t see what u write lol what happen

yup, that’s the fastest way to solve the issue, hobbywing esc isn’t a thing that u should be trying to figure out when u don’t even know where it was used before.

how did the esc not pop? 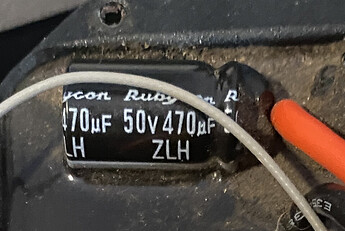 The original battery I had didn’t hold a charge anymore so I found that one and picked it up.