I’ve had a bunch or parts for over 6 months that I have kind of put together but never completed or rode.
I have a kaly and was going to build a smaller board to ride to work but bought a friends Prototipo instead and was never motivated to finish after the rivets spun in the deck attempt to attach to the board when the rivets came unglued. So that said

I have a brand new haggy drive that I got from Timo in September.
New pepes, lots of belts, new pulleys and a set of bergs with tires and tubes. The bergs tubes and tires look great but I’m not sure if they are new, I bought them from someone here but the rest came straight from Timo. 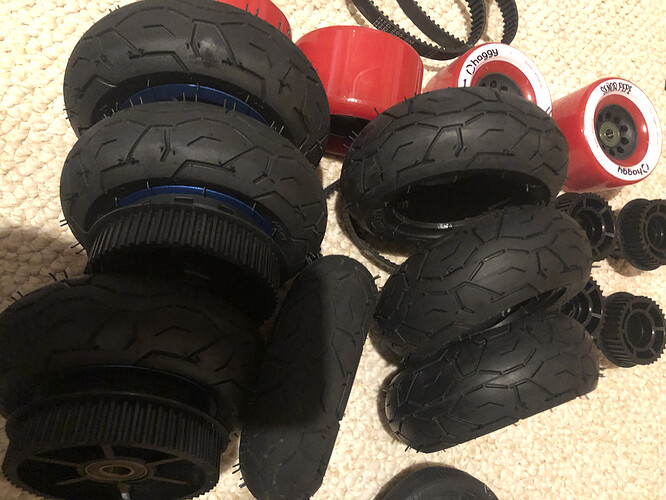 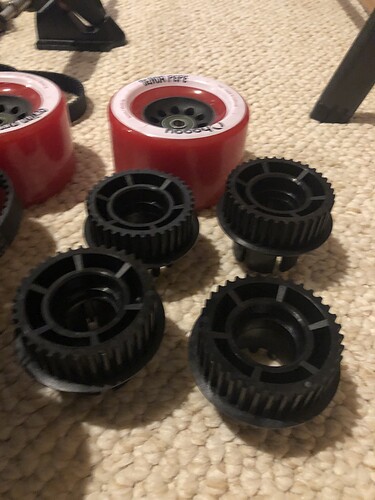 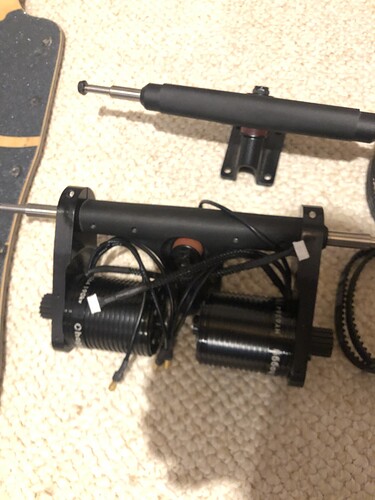 Also have the enclosure and battery from eboard Peru also brand new, it’s set up for the focbox (also new unused).
The one thing you will notice is I unwrapped the BMS because Alan told me to take it out of the casing to make it fit better, I eventually but it back and wrapped with electrical tape and got a bigger gasket.

Would love to sell as two items and am not sure how to price.

$600 all the haggy stuff
And maybe $650for the enclosure, battery and unity? (Battery, enclosure and unity sold)
Open to offers for more of its to cheap and less if I’m out of my mind.
Would prefer not to part out all the haggy stuff but ok with selling the unity separate.

And I guess I can include a deck as well but unsure how good of a job I did using the JB weld for the rivet things.

Can figure out shipping for actual cost.

Hope this makes sense, I love to ride but learned building is not my thing.

I’ll keep that in mind but really hoping to sell it all together to make my life easy.

Would you separate?sell just battery?

Eventually maybe but for now would love to keep life easy.

Life is not easy man. Can I get one of the bergs? Then we have caused a real rukus.

Would take bergs’s set of rims tires and pullies

Battery enclosure and unity sold.
Hoping someone wants to buy the haggy stuff and part what they don’t want.

Are u parting out any of the haggy stuff yet?

What sort of motors are those? Thanks. 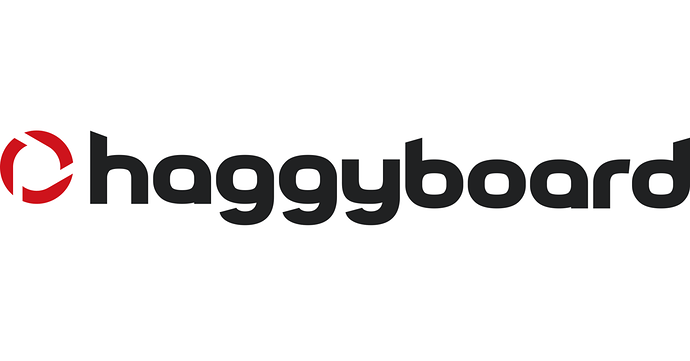 A radical new Drive System designed from the ground up. The driving force was to create an extra wide Drive System that: can easily be mounted on any standard longboard deck provides reliable stability for intense speed sessions as...

Can you ship to Australia?

Geeze, I would assume I can if you covered it.
I’m just away for a week so I can’t weigh to estimate.

How is the Haggydrive not sold yet? It’s amazing.

That’s how I feel! With all the pulleys wheels belts etc.
Not to mention it’s brand new!