What’s up Esk8 Family?!! Been a while since I’ve posted here as I’ve been busy trying to survive what was a bleak fucking winter here in the Great White North. But this is not a ‘woe is me’ type of thread bc fack that shit. This is my FIRST BUILD THREAD!!! and I’m super excited about this build.

Although this is my first build thread, this is my second build. My first ‘from the ground up’ build was completed last summer and I’ve got about 100 km’s on it and it’s still going strong

It’s affectionally known as “Baby Dirtball” after a friend of mine growing up. This guy, much like my board, wasn’t much to look at but when shit was going down you could always count on this dude to tear it up with the best of 'em. This wasn’t a technically a full build as I did not have to run motor detection or program an ESC this having been done by @BuildKitBoards Jared with my dual tato kit, several parts of which were coopted for this build. But I did successfully build everything else including the pack and I’m damn proud of that… soooo I’m counting it.

This, my second build is being dubbed “Namaskate”. This will be a Buddhist/Taoist themed board.
Parts List:

I was super stoked to get this build going as it looked like the perfect solution to the several challenges I had mounting the electronics etc… to the board in my first build. Lots of take-aways from that first foray but chief among them was to start with a tried/tested/true platform. My original plan was to do a 10s5p battery with PCBs and cell-level fusing but I immiediately ran into problems- the compartments of the rocket deck were not to spec. I was expecting 22 mm but ended up with less than 20 in several spots. Has anyone else had this problem? @visnu777 @thisguyhere 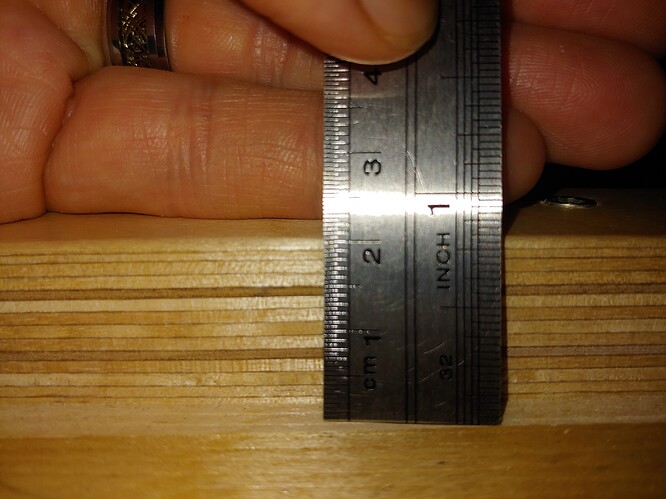 Then, I realized that I also did not have any 10s BMS on hand lol so my plan changed to a 12s4p which provided some more flexibility in terms of height. That being said, I don’t think it’s going to be possible to fit the battery into this deck without those extra 2 mm. I’m thinking I may have to route out the sections that aren’t within spec if I’m going to safely have this battery in there. I was originally going to use braided cable to keep it as flat as possible but after some careful consideration, I’m going with 5 x 20 awg silicone wire. This will withstand the rigors of the road much better than the braid as @b264 has often pointed out and is generally safer as it’s insulated.

I don’t exactly know how I’m going to address the depth issue but my initial thoughts are to hand plane it out. It’s not exactly the fastest way to go about it but there’s less chance of catastrophe than with a hand-held router and will most assuredly be faster than sanding. Opinions are welcome.

Next-up- updating the firmware on the Unity and doing my wiring diagrams. Then I will proceed to solve the space issue. After that, wiring the battery.

I added neoprene seals all around and even thicker ones in the middle, now I can use 21700 cells

I had considered using a gasket to raise the top up… Where did u source the neoprene if I can ask?

Solid neoprene rubber strips/sheet and closed cell foam tape can both be had easily on amazon.

I’ve used both. Depends if you need compression, or just a riser.

Thx man that’s a helpful thread. I have some 3 mm rubber styrene that I think will work well as a riser and some butyl tape for water ingress. Gonna go both ways I think- remove some material and also use a riser.

Made a lot of solid progress on the board.

First, I decided to route the compartments in the board. I fashioned a simple jig to make sure that I didn’t punch through anywhere and took my time removing material. It came out pretty bloody marvelously. It’s now uniformly 22mm across the board… So to speak.

I’ve also got some 6mm rubber that I’ll be fashioning a gasket out of. When combined with the material I’ve routed that’s an extra 8 mm of space so I’m now using 14 awg wires for my serials… Thank god I don’t have to solder like a hundred little fuckin series connections. I’d be finished this sombitch just in time to pack it up again for the off season.

All serials are done barring one between groups 6 & 7 which I’ll do once I’ve had a chance to do another fit.

Next up, wiring the bms, completing the battery and constructing the drivetrain. I’ve decided I’m gonna leave updating firmware, motor detection etc… For a while bc I’m a lil scared tbh. Cheers!

Actually, no booms to speak of. No sparks even… I was mildly disappointed bc I could use some excitement in my life ya know?

It all went swimmingly until I tried to shrink the gosh darn thing and realized my wrap was too small. 85mm was ordered and advertised for 4p 18650. 105 would have been perfect. I have some on the way but it’s def gonna delay the completion of this build which def enrages me.

Next up, the drive train, updating Unity firmware and then mt60’s on the phase wires for motor detection and final fitment.

I have some BIG sad news to report on this build After months of delays, other projects distracting me (see diy guitar pics) and several stalled efforts to finish the board, I finally got back on track and was about 90% done this build. Took much needed trip and upon my arrival back hm, I stupidly left my workshop (garage) door open. Some rando POS stole Baby Dirtball (see above) and my unfinished build.

This is as far as I got on the build. The thieves didnt even know enough to take the remote nor the loop key so both skates likely just got tossed in a dumpster when they realized they were basically just paper weights. RIP Namaskate

On to the next build!

Are you sure you left it open, or did you only return to it open? Maybe the thieves know how to get in? Just something to consider now for your safety.

I definitely left it open. My kids were being terrorists and I spaced after putting something in there and left it wide open. Neighbour noticed it in the morning and let me know which is when I noticed shit missing. They also swiped a bunch of tools too. Scumbags!!

Thx for the concern tho