Build has been ongoing for a bit, I’m just getting around to making the thread. I started this with no DIY skillbase at all. I’m at like 99% completion now finally!

Attaching the enclosure to the deck was surprisingly challenging to figure out how to do it right. I wasn’t looking to make any mistakes on a Landyachtz deck at that price. I settled on using threaded inserts because I have done traditional skate bolts before and its a huge hassle to balance the thing sideways so that I can get a screwdriver in one end and a socket wrench on the other.

I probably went with too many inserts but it ended up paying off later. For this part I measured all the points where I would drill through the enclosure and make pilot holes on the deck. I did two at a time, going through the process from start to finish, and epoxied each of them in, and waited a few hours in between. Then I’d screw the two completed ones in and used that to help secure deck to enclosure while drilling the next set of holes. Took a few days like this. 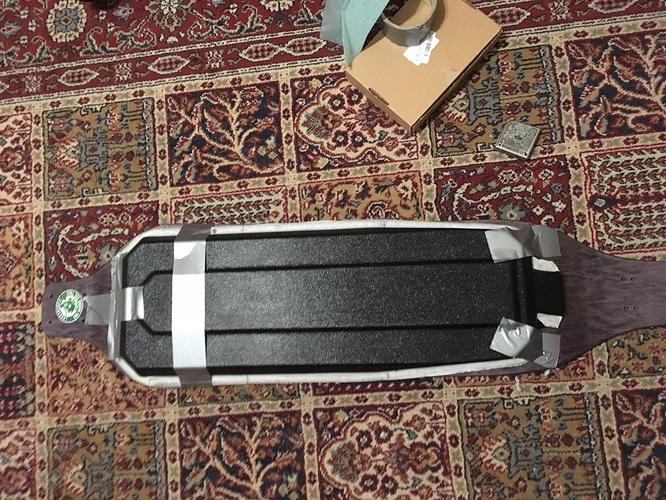 I used a drill collar to set the length, they sell these at ACE hardware for under 3 dollars. I used some cheap inserts off Amazon and had to guess at the drill bit size. This took a lot of trial and error on scrap wood. To any other noob reading this, do not let the first time you do a wood insert be on a real deck, get scrap wood. Also it would have been much easier to use a complete kit like the EZ-LOC one. 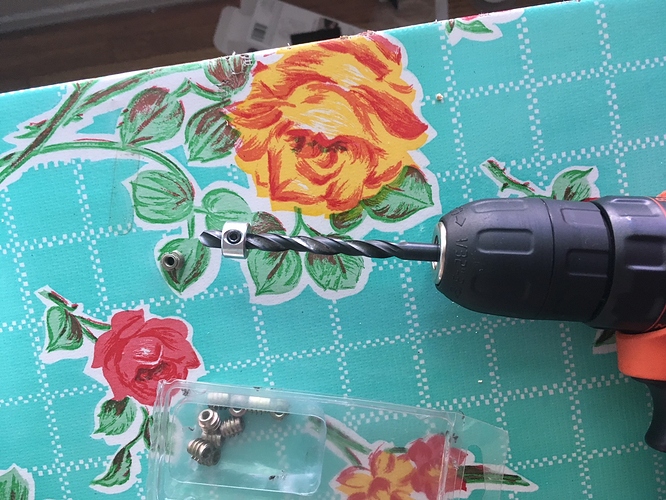 during my tests of the wood inserts on my scrap wood, I found that if I tighten a screw too much, when I went to loosen it, the insert would come out instead of the screw. So I covered the fins of the insert in JB weld before screwing them in. They do not come out if you do that. 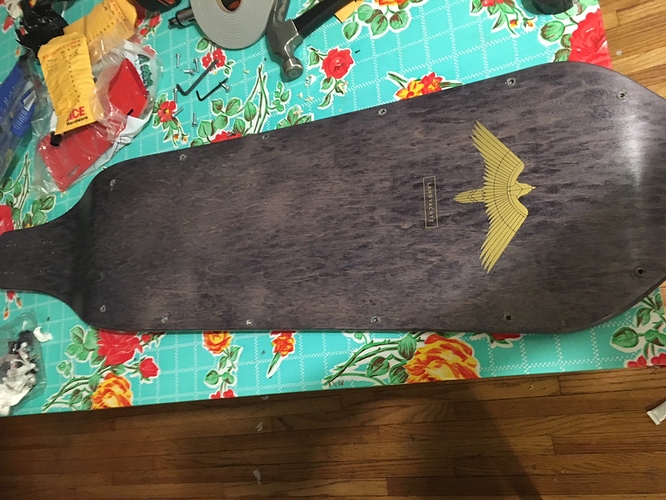 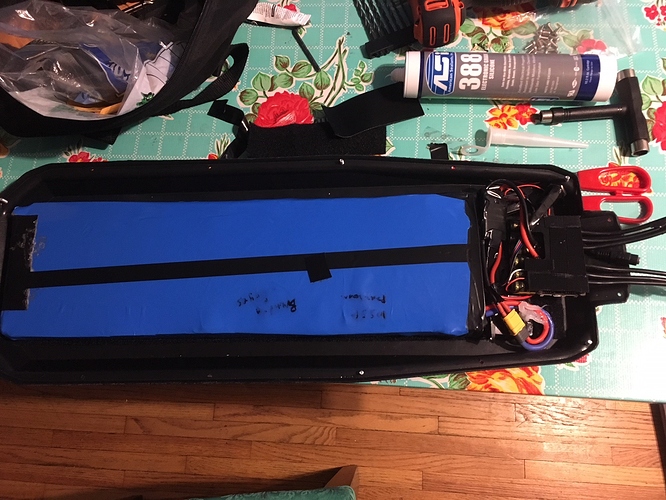 The battery was from some guy named “pitbullesk8”, it was massive because it had a bunch of extra stupid shit in it, and it barely fit in my enclosure. It was really hard to make it work. I plugged all this in, programmed using the VESC tool and everything worked good. I mounted it, then tried to turn it on and it didn’t work.

It ends up that I broke the switch. Here’s the thread where people helped me with that issue:
https://forum.esk8.news/t/right-as-i-finished-the-build-i-broke-the-anti-spark-switch

This set me back awhile, but I realized that switches are fucked and rather than learn how to deal with those it was better to get a loop key. @mmaner hooked a brother up with the 3D printed loop key mounting ports, thanks again man! It took a couple weeks to figure that out. I cut the enclosure slot with a soldering iron blade and epoxied the loop key port in. 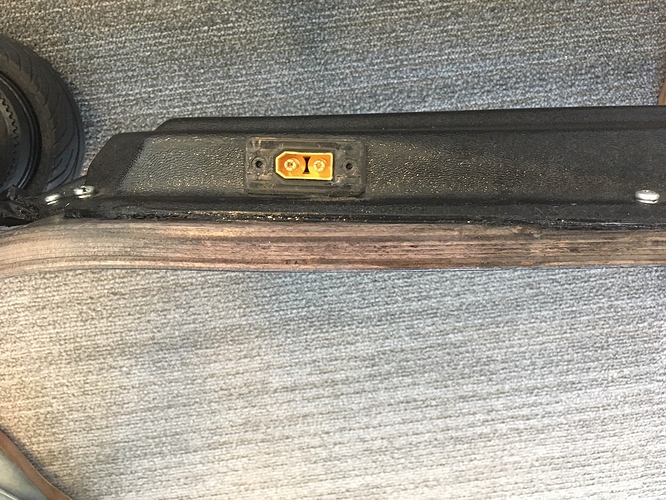 The battery was from some guy named “pitbullesk8

Where’d you find this guy? In this forum? I’d only use batteries from reliable sources…

So I took this thing out on a ride, and after about a half hour it died. The battery was totally bricked. Pitbullesk8 had some weird BMS that was wired to discharge and it shorted out. Luckily my noob ass was saved by @BluPenguin who I had to basically force to take a case of beer as payment for time spent. Seriously you saved my ass, thanks so much

Here’s the before and after pics took by blupenguin

Once blupenguin was done with the battery here’s the setup: 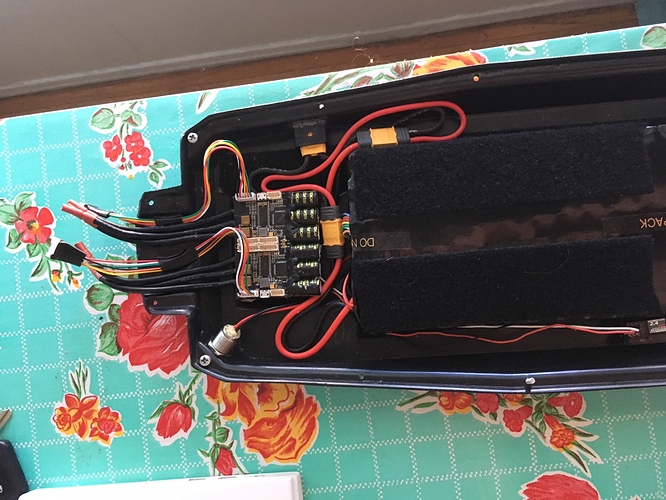 I also figured out a use for the button hole that I drilled for the switch. I carved out the button material and then used the housing to put my charging port in. Otherwise I was going to be left with that pointless hole or a useless button. Had to use soldering iron to get all the plastic shit out of the housing. 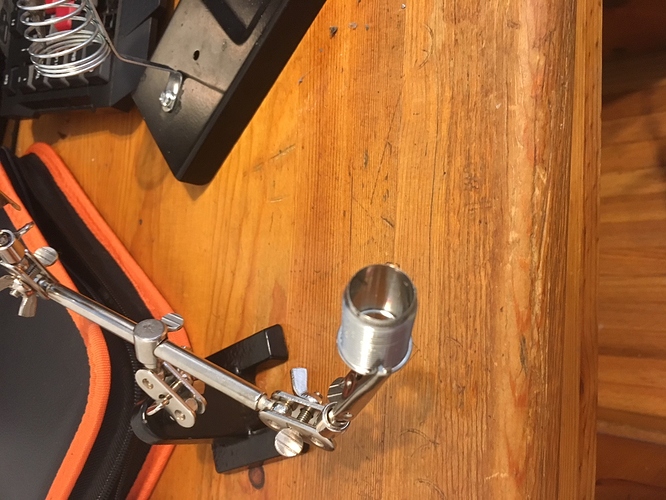 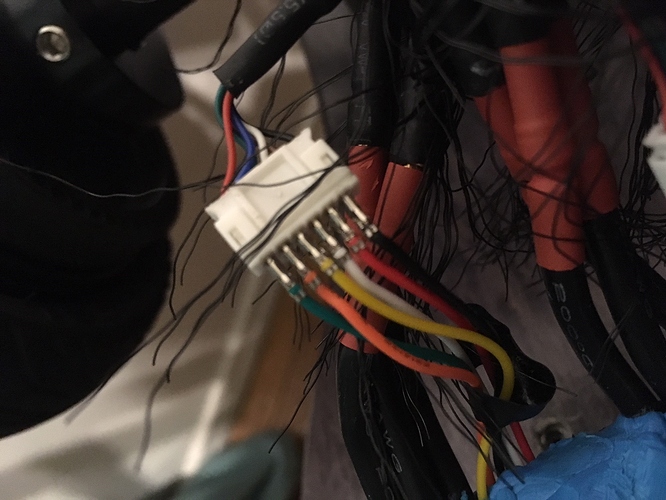 This god damn hall sensor was the next thing to become a problem. The board worked but this hall sensor wire kept not working. I gave up, and now I just run in unsensored foc. Might switch to BLDC dunno.

After I got that working, I realized that one of my torqueboard tubes was messed up. These tubes are trash. The problem is there are a ton of little seams where holes will spring up and then patching along the seam doesn’t work too well. Here was a successful attempt that lasted a couple days. Amazon has tubes, I got one of those and it works fine. 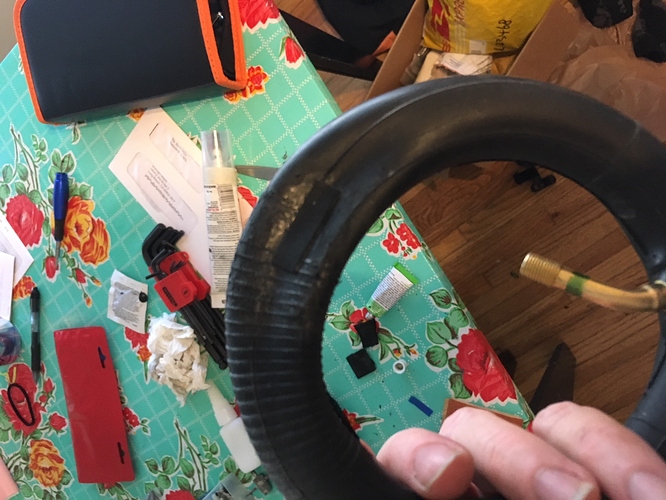 Once I got riding in earnest, my TB mounts kept coming loose, even with loctite. I had a guy named sawyer talk to me out in long beach when he saw me on the path, and he pointed out that I had my pulleys backwards and that I could get the belt straighter by flipping it. I did that, and in the course of that job I broke the side wall of one pulley… it seems to work without. 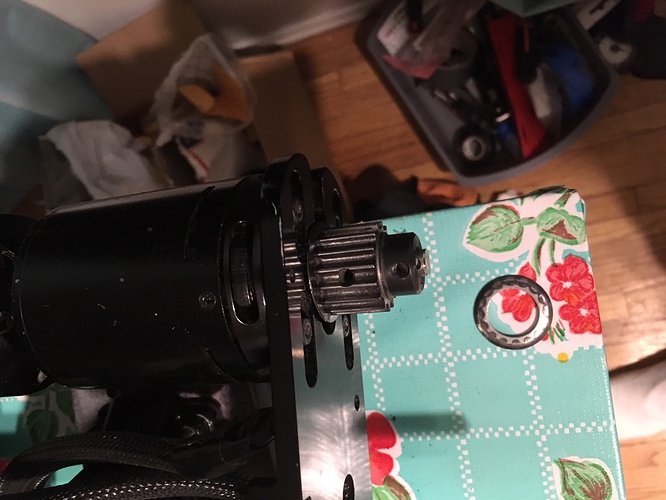 Now that I have the pulley installed the other way and straight belts, the mounts are staying put.

I was riding around with tape around the enclosure for awhile until I was satisfied with the build. I just water proofed it this week. I used silicone sealant that’s for marine applications. It isn’t neutral cure but I think it will be fine since its not touching electronics. Neutral cure was a bitch to work with and it just wasn’t going to happen.

Key thing with the silicone that someone on here told me, grease the deck first, that way it only sticks to the enclosure side instead of gluing your build together.

At this point all I really want to do on it is optimize my VESC settings and program the remote failsafe.

Thank you to everyone who helped me a long the way! Pretty much everything on this board that came together correctly was due to input from a a forum member on here, there is ZERO chance I could have done this without the community. 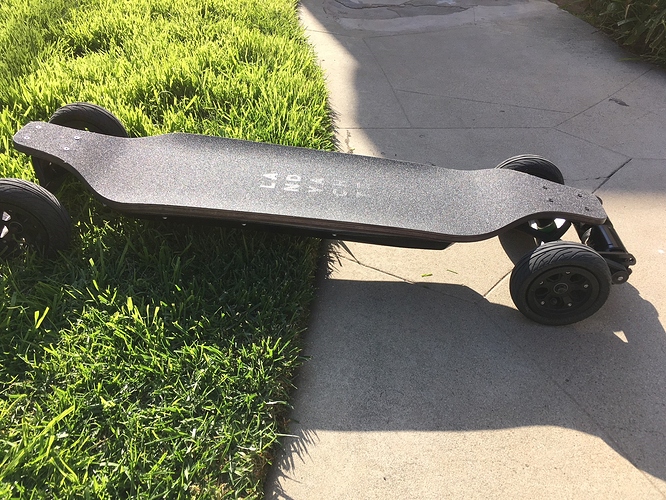 Yeah he was on here, and he had a very legit looking site. Took him like 4 months and me threatening a paypal dispute (which I have never had to do in my life with anyone else) for him to even ship me a battery. If you check blupenguins pictures it looked real fucked up

When I had that enclosure, it’s best to have more inserts to reduce load on my individual one. There have been instances where those ABS enclosures crack so you probably did the right thing. Nice build though! Glad you were able to make it all come true through lots of research and dedication to learn.

Key thing with the silicone that someone on here told me, grease the deck first, that way it only sticks to the enclosure side instead of gluing your build together.

I think that was me. I said that to another dude building an Evo with the same exact enclosure

or was that you… hm.

Welcome to the Evo clan, led by @CiscoV

I checked the tapes and yes it was you, thanks dude! as you can see it worked

Oh thank god, I’ve never actually done it so it was totally theoretical whether it was going to work or not lmao

I’m starting to the evo more, but I’ll be honest I wish I didn’t go with a drop platform. It just doesn’t work with my foot placement style and I feel very uneasy with being unable to put my weight on top of the front truck.