I just watched a video where Psycotiller does a review on the battery pack which you can find in all the models. 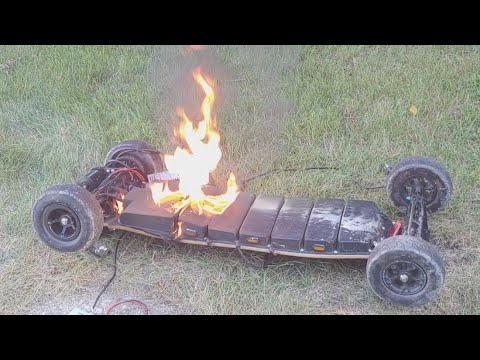 The video is from sep 2021.
Is this still the current state of there batteries and is this something that would make you hesitant to buy a lacroix board.

I’ve repaired 3 lacroix batteries, 2 lonestars and one of the smaller ones.
I’d class them as B-A Tier packs. There are parts I could see being a fire risk, especially after many thousands of km. But its not something I would be shocked at and far far worse exists in other similarly priced battery packs (not nessesarily prebuilts but packs in prebuilts, and scooter packs)

Edit: lol the pack in the video is quite a bit worse than the ones I’ve seen. Maybe they downgraded/upgraded

I can imagine that pack fire was caused by corroded nickel/terminals overheating, rather than the carbon fibre enclosure. The p packs can’t move inside of the enclosures, they are siliconed down usually.

One of, if not the, worst sources for anything battery related. You can hear the jealousy and bitterness in his voice, it’s pathetic. Not to mention the inability to critically think about how the rest of the pack construction factors into the design decisions. (Oh and the video was posted by a loser Facebook troll who was kicked out of his local groups years ago for being shitty)

the battery pack which you can find in all the models

This is a gen 1 naz. Not even close to the packs used currently. There’s been at least 2 revisions since then, the most recent being a massive change.

Is this still the current state of there batteries and is this something that would make you hesitant to buy a lacroix board.

No, and sure doesn’t seem like it based on their sales and popularity. There’s still tons of gen1 boards out there too, the 7 segment enclosure gives it away.

You can’t expect everything to be perfection, but even for a second board those batteries are better than a lot of the stuff still coming out of China.

Fairly certain too that the cells don’t just sit in that enclosure, I think they sit on a huge gummy type of double sided pad

I’ve had my hands in a dozen Lacroix boards and anyone talking shit about their battery construction clearly has never been in there. Of course you can always find improvements to be made but in general they’re the most solid ones out there likely with the fewest overall issues. They have made many, many improvements over the years, they don’t just sit still tech wise and keep putting the same garbage in their boards. When something does go wrong, they address it with design changes and they do it quickly.

Yeah honestly that entire meltdown was pretty cringey. Wasn’t he “reviewing” a battery that had clearly already been tampered with/partially disassembled too?

If we’re going to worry about batteries, the Hindenburg err I mean the new Trampa Battery Kit would give me much greater pause. Not trying to misdirect, but those batteries packs had a critical design flaw that caused them to get recalled.

Speaking of which, you can ask @Simeon about my original Onewheel XR pack and it’s build quality.
From what I understand it’s not great but not too terrible, not ideal though.

No way would it be able to move either. 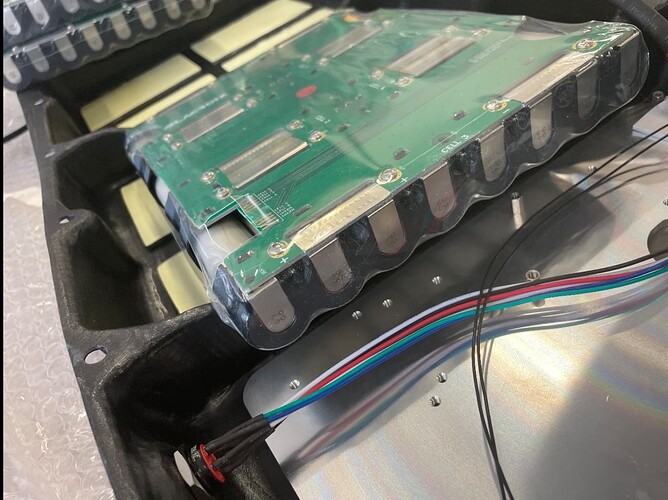 lol all interaction on his video is disabled, speaks volumes.

Cred for the box actually sustaining the cells tho, I saw no rockets in that video.
Best course of action there would be to hold your breath and drag it down to the water.

I tore down my lacroix battery pack because the cells were dead. It was a quality build - absolutely no concerns over the pack quality and workmanship. Every spot weld was good. Every solder joint was good.