So here we go!

On the move and with the phone, promise I won’t let you hang up hahaha

Definitely about time for a build thread

I think I started in these forums in 2017. @Vanarian I believe these were on your radar even back then! I’m excited to see what progress you’ve made and how you plan to implement, as well as your findings. Always thought this was a crazy/cool idea. Like everyone else, following because I wanna see the pics!!!

Wow thank you for the warm support

Bit of spoiler, some of the design may look weird haha so hope it will survive the test of fire!

saw this funny Ghetto style build on an evening of wandering around on Youtube; 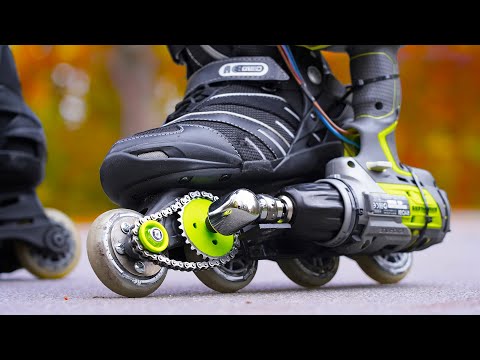 I kinda love it, lol.

I can’t remember who posted it on Youtube but I saw one where the battery and controller were on his back and then each skate used an old hub motor behind the skate to power them. The guy also started with some 3-d printed components before they ended up being destroyed