Dual 260KV motors too much?

The Question now is, the build work in this setup? Erpm limits are not an issue with the fsesc (which has a limit of 150k)…
Torque was my next concern, which i would counter by going to a 15/40 or 44 gearing. Does anyone have experience with this kind of setup?

It will be fine

Would this be preferable to getting a wider hanger for the 6364-190KV i still have?

If they are calibers I would consider @Boardnamics precision wider hangar as a much better and not so costly option.

You’d still be stuck with two motors though, which will eventually end up on a board anyway right?

that would be a little way of… one board at a time. I still have the option to not accept the 260KV motors … which might be what i will do. I just checked, I would have to get new belts and maybe even motor mounts if i change my gearing up too much …
the second board was supposed to clear the pile of extra stuff i have lying around, not adding to it

the second board was supposed to clear the pile of extra stuff i have lying around, not adding to it

Welcome to esk8, wait until you get a wheel fetish.

If you can return those high KV motors that’s what I would do, send them back, spend a portion of the money on a longer hangar or full precision truck and you’ll be in a better position all round.

Yes a wheel fetish was my introduction to the world of esk8 addiction.

This was a while ago 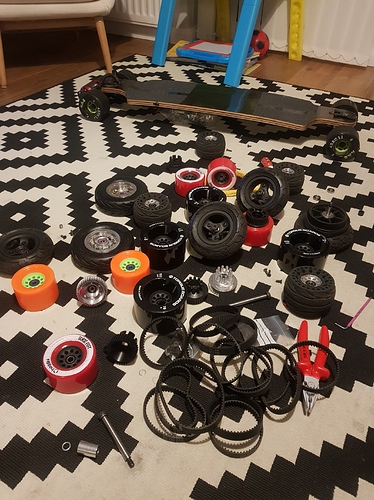 Did someone say wheel fetish? 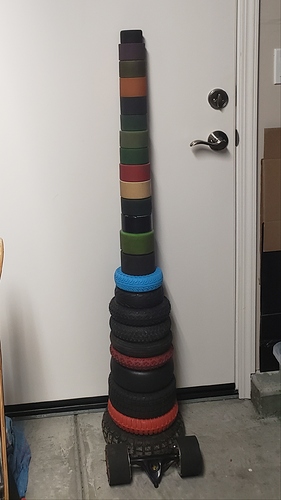 That’s just 1 wheel from each set. Doesn’t even include a couple sets of Kegels, Bergs, 110s, 5 stars and more, I’m sure.

You need to add these 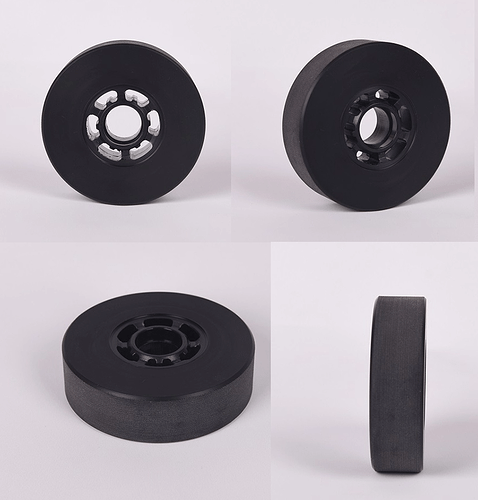 Yeah I said that when I saw them. I bet they are solid as a rock though.

I bet they’re crazy efficient though and have Rollerblade like rolling resistance.

I would buy those for less than $40. They look quite odd.

How do you think these ride? 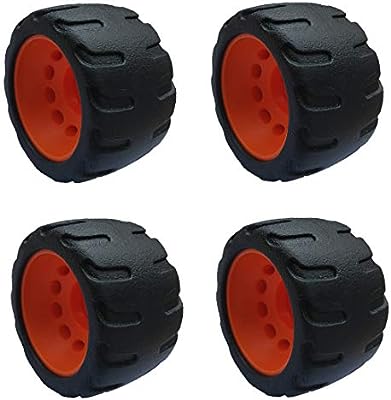 Look like they came off a toy dump truck or something

It’s something you try with the expectation that it is terrible, and to challenge that assumption.