Some of ya’ll esk8 veterans probably remember me when I was last active on the esk8 builders forum. I remember back then, it was all about commuter builds and 10s, 8s, and even 6s were quite common; now it seems as if everyone’s interested in pneumatic builds and 12s is the minimum current pressure.

Anyways, I picked up a pair of direct drives from Torqueboard, and luckily mine is holding up alright(only about 30 miles). I wasn’t about to deal w/ flaky VESCs so I spend the premium on getting a stormcore and an LLT smart BMS 12S 60A because I like knowing what the fuck my battery pack is up to. 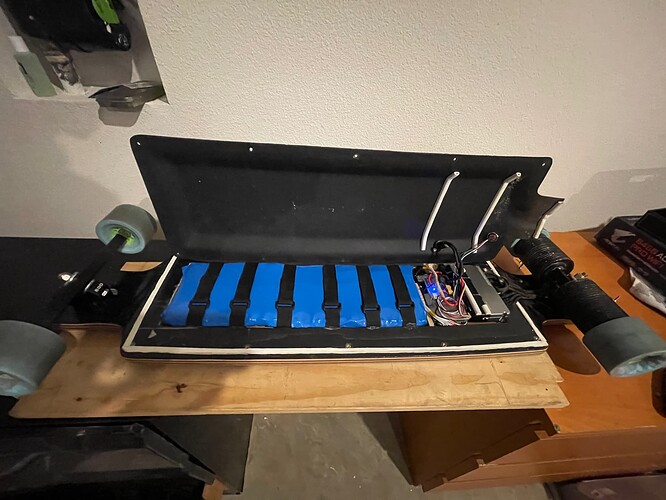 I didn’t take many pictures of the pack as I was building it; cap stickers, nickel spot welder, fish paper wrap secured by Kapton table, strapped with strapping tape, some electric tape to cover the side leads, and 150mm heat shrink to pack it all nice in place.

I know I couldn’t rely on the enclosure to hold the weight of the battery so I super glued velcro to the deck that will hold the battery in place even if I slam it to the ground. 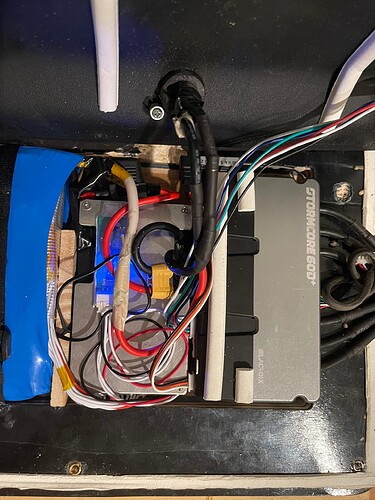 I thought I was going to use velcro to fix the battery along the major axis of the deck but I just ended up guerrilla gluing a piece of wood to the deck that will prevent the battery from sliding. BMS wires are kind of a mess, but it works and everything’s isolated. I lost the 60amp fuse container so I am currently running on a 35 amp fuse because that’s the highest amp fuse for the container I have.

I put some rubber/foam gaskets on the ESC and the enclosure to prevent it and the BMS from making sounds from ride vibration, which works pretty well. I also ran these gaskets along the parameter of the enclosure just to seal everything off from the outside (the wire end does expose some 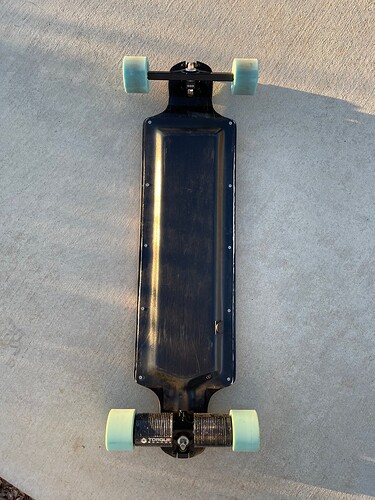 I felt like cheaping out on not buying a smaller esk8 dedicated remote and I continued using my rc car gun controller.

I wish the motor sounded as quiet as it did in the video because you can hear the sound of the motor bearing turning and the high-pitched (but quiet) modulation sounds; still, FOC is miles quieter than BLDC and the sensored start-up is fine. 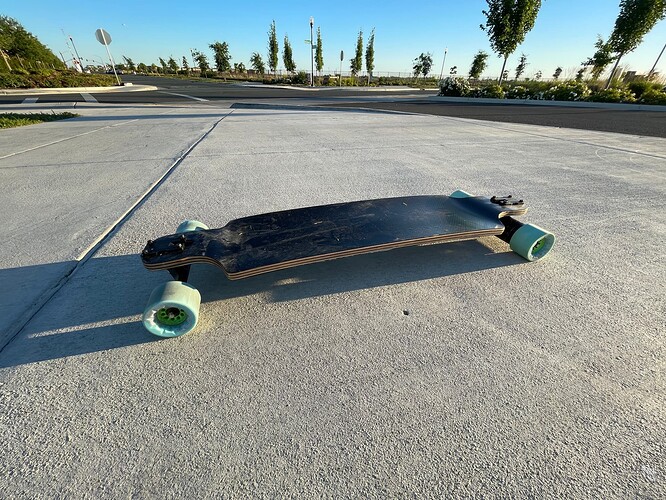 I am not sure how much I spend exactly, but I would say it was less than two grand(USD). 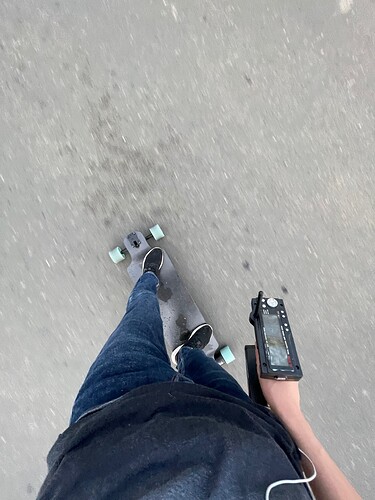 One thing I definitely regress is not getting 110mm wheels, cause I can’t ride jack without getting pebbles dinking my motors and turning my feet into a shock absorber. 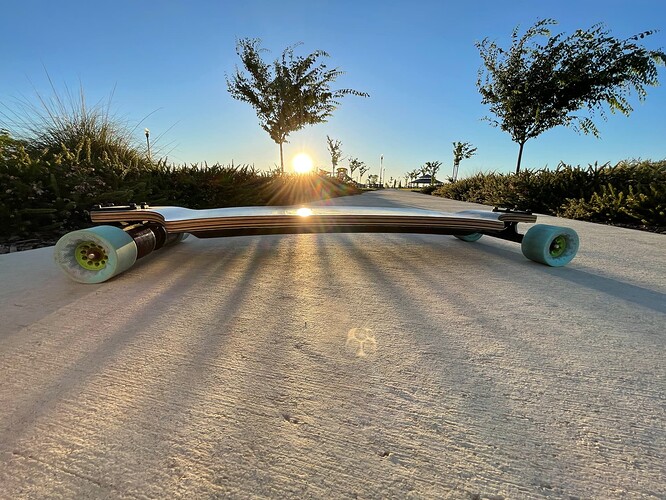 Something really dumb I did today was I ran the just the board up a small ramp in the skatepark just to see how high it would go, landed nose first on the grass and seems to have taken a hard hit

Your nose or the board!? Lol, looks good dude. Why strap everything to the board and not the enclosure just curious?

Nosed my board, wasn’t riding it. I only used M4 screws to mount of the enclosure and my engineering instincts told me to not rely on the enclosure to hold the heavyweight. After all the deck is the stronger material.

Really nice build, but man get some tb110s, onsra 115s, or 105mm hollow wheels on there! Blue cags are the shit but they don’t have enough clearnace for DD.

And hook up future you by getting the sweet Radium TBDD replacement axle. It’s not a matter of if but when with those drives.

lol I am quite light myself 110 lb and I only ride for recreation, also, I was advertised 7075 alu hanger so time will tell if I was baited (as nice are they are, those steel hangers are quite pricey).

Good to see you back! Especially with such a tidy build.

Nice build! I still have hummie on the top of my list as my favorite street deck