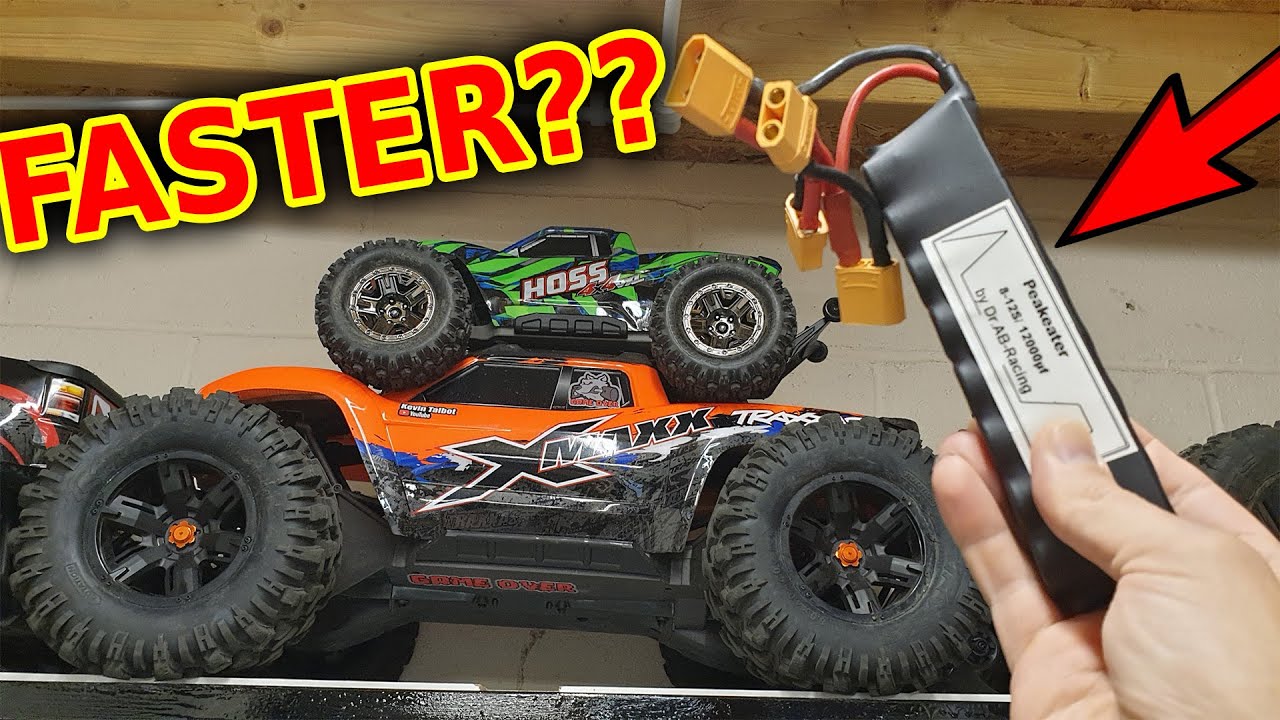 Much like the car audio world, capacitors are pretty useless, and it’s better to upgrade your battery (or alternator in the car) rather than buy a cheap capacitor.

Now super expensive nice capacitors can help with voltage sag when the bass kicks. But that’s a millisecond long high current pulse. Asking a capacitor to maintain voltage over a several second esk8 acceleration isn’t the right application of the limited board enclosure space and would require a massive bank of capacitors that would better be used as actual battery space.

Unfortunately, this cool idea cannot be used that simply, since there is no parameter in vesc tool like “max energy overcurrent mode”, but that would be cool though. Moreover, maximum energy stored in vesc caps, for example, is 2.5J, that can give me additional 70ma for 1 second @ 36V. Not that much at all. But still this is as cool as Williams’ flywheel.

Please, do not overestimate capacity. It is not that big at all. Moreover, capacitors will not discharge completely under the load, just a bit. So small amounts of energy do not make any sense

I use cap banks on everything. Seems to help with overcurrent faults when plagued with them

, but they aren’t a silver bullet… just nice to know the ESCs are probably getting cleaner power when running long battery wires. 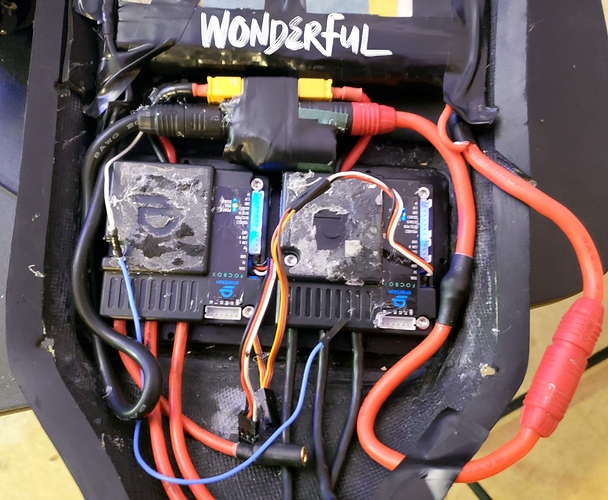 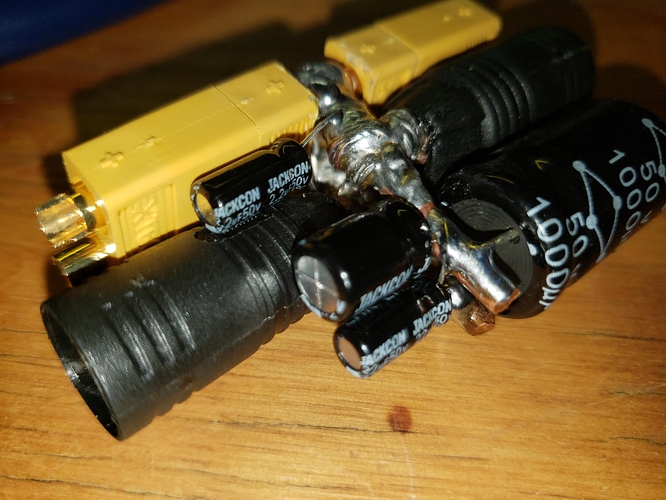 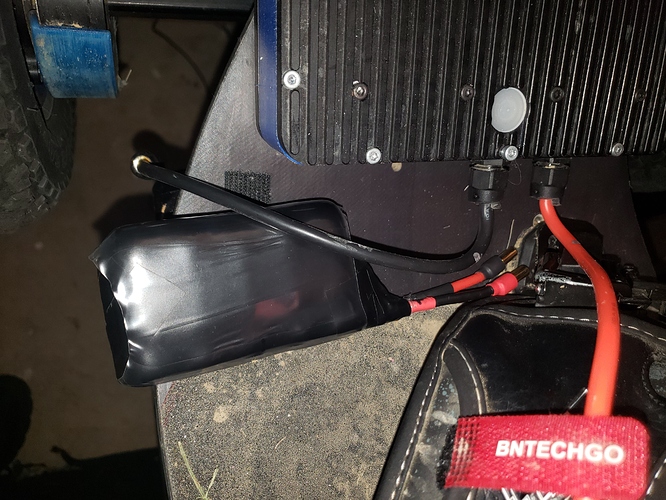 Anyone tried adding a capacitor bank between the ESC and the battery?
Seems like it would help with the “burst” requirements and can keep the battery under load.

I’ve used ultracaps in parallel with A123 cells for starting engines but you need two thumb-sized 100F (not microfarad…farad) caps for each p-group in your pack plus a balancing circuit for the caps. This will give you about 20A for one second or a huge burst of current (400A-1100A, depending on circuit resistance) for the few milliseconds needed to unstick an engine (after which the current draw is about 10% of what it took to unstick it when starting).

The low internal resistance of ultracaps can be incredible when used for short-duration applications but they are expensive, take up room, and require a balancing circuit of their own. As @marsrover mentioned it can often be better to just add more cells.

But, having said that, I would love to do an ultra-high performance, cost-is-no-object ultracap/li-ion cell pack…just for the hell of it.

I cant help but feel that your fault codes and caps are unrelated.

even with something like 20mf the time constant is only like 0.02 (20ms) and 25 joules just isnt enough to help power anything.
As far as “clean” power. What exactly would be introducing noise? its a battery. literally, the cleanest power source is known to science. External em noise is in the range of mv at best, and thats if youre parked next to a one of them 5g covid spreaders /s

As you add more cells in parallel to the battery your inductance should go way down so any voltage spikes from impulse should go down, plus more range…caps are kinda weak relative to that, I will happily take a bigger battery with a higher current rating over caps

I cant help but feel that your fault codes and caps are unrelated.

2 out of 3 builds with ABS over current faults, disappeared completely with added caps. Came right back when caps were removed.

Bad or overloaded ESC caps is my guess?

even with something like 20mf the time constant is only like 0.02 (20ms) and 25 joules just isnt enough to help power anything.
As far as “clean” power. What exactly would be introducing noise? its a battery. literally, the cleanest power source is known to science. External em noise is in the range of mv at best, and thats if youre parked next to a one of them 5g covid spreaders /s

Inductive currents from the creation and collapse of EM fields in the wires themselves as current constantly fluctuates when we accelerate/decelerate from what I understand ?

I am not an EE, but this is basically what I gather from my reading and found caps to help eliminate the problem in some cases. Best to keep your battery wires tight together to cancel out the EM fields that cause inductive current spikes, conventional wisdom… those 2 builds that had this issue, I had the main battery wires on the opposite sides of the enclosure, and each were like 3 feet long

I am a fan of caps, they helped me in the past… and when they don’t solve an issue they never caused any issues.

See solution 2 here: Link or below 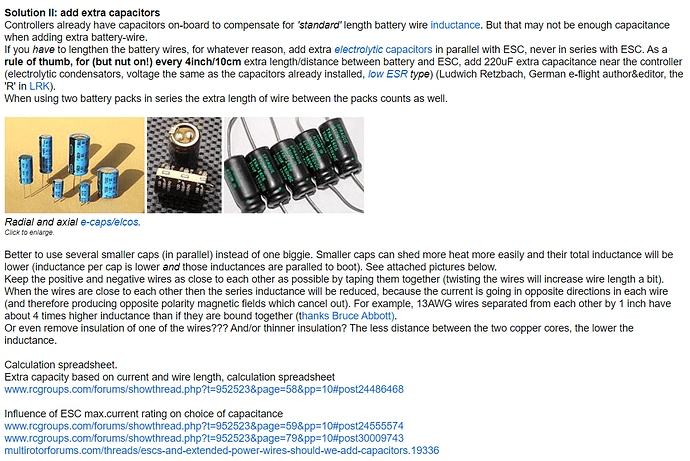 Off-topic note: In my one case where ABS over current faults were thrown and added capacitors did not help, it seemed to be the speed tracker over or under-compensating. Enabling realtime data, messing with the observer gain + speed tracker Kp and Ki values while setting RPM or Duty Cycle in VESC tool, and watching the current spikes in the RT data plot, then comparing the current spikes with one set of values vs the changed values helped me tune current spikes to occur below abs max much more often. Have had many instances of ABS overcurrent faults on rough terrain with the observed speed bouncing around like crazy that haven’t happened since tuning this way.

I am an ee though power is not my speciality. You’re not wrong about fluctuations but it’s not really the acceleration fluctuations that these caps are flattening. The scales are just too different. The capacitor isn’t going to make up for battery sag. No way , no how.

But I can definitely see how the caps can help against inductances. The inductance in those wires is maybe in the tens of nF range so that’s within reason for the caps to flatten.
Either way I’m not gonna argue with reality lol. If it works for you then good! I’d be curious to really learn why. My bet is the inductance thing.