So I’ve been working on a new enclosure that I designed. I wanted something with some sensual curves, like my Haero-Bro deck. And can hold all the good stuff, like my Stormcore… 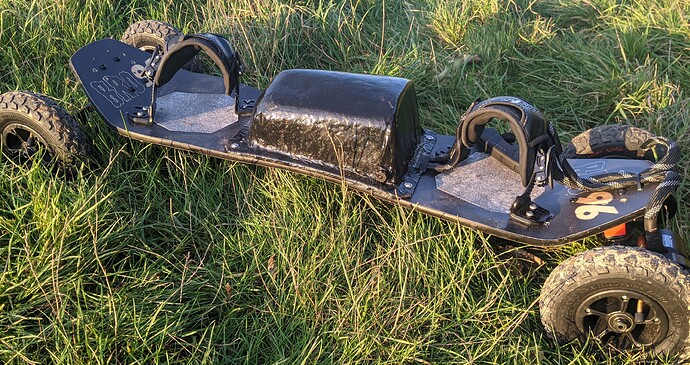 Using everything I learned from making an Underslung Enclosure, and then forgetting half of it when I didn’t have enough resin to make a proper 2-part mold. 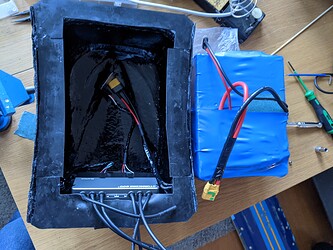 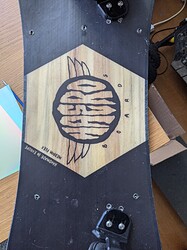 Classically, I sanded too much trying to making it look sexy, so it’s quite a squeeze in there at the front, once I get the lid shut, totally worth it. 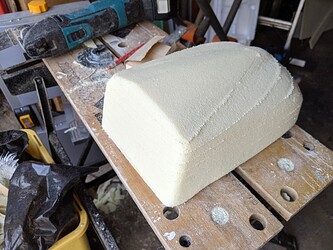 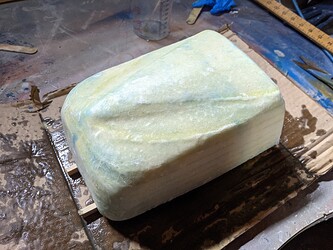 This thing’s very light, nice and strong and looks pretty cool too. Earned it’s place in the collection 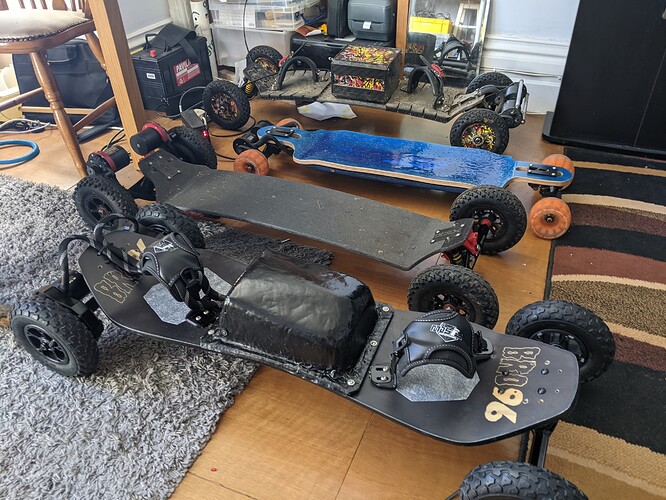 I really like the form factor on this. It’s a welcome departure from the usual boxes and toolboxes. Nice work!

What’s the score with the contents? Are they fixed to the enclosure or to the deck? How does that all work?

From an aesthetics pov, a bit more of a filling & sanding would’ve helped to smoothen things out and give a more professional appearance. You might also get away with using some truck bed liner to fill those voids and give a coarser finish.

What did you make the mold out of btw?

Admire the effort dude, but are you not worried about strain on the deck/enclosure/bolts with the flex of the deck?

Well you have the same issue with under board enclosures, and it works there jst fine, sooo…

The underboard enclosures are built with segments to accommodate flex on a deck like this.

This enclosure is a monolith directly screwed down to the one part of the deck that will see the most flex.

The underboard enclosures are built with segments to accommodate flex

Some are built like this, yes, but there a many many which are just a one piece part. I’ve ridden exclusivly the latter and while I weigh “only” 80kg in full gear, there was never any problem.

That’s true, but for the most part, monolith enclosures are usually put on decks with very little to no flex.

The haero is designed to flex specifically in the waist area.

My concern is that the enclosure will either stiffen the board, or rip out the inserts.

I myself have plans to put a monolith (undermount) enclosure on a haero, but I fully expect it to completely stiffen the deck.

Just wondering if the OP has considered this.

You can bypass this problem entirely by drilling through the deck instead of using inserts.

In my mind, that’s the only way

But i’m still curious if it affects the characteristics of the deck.

Oh it does, I have a demonseed with a bit of flex on it, with the enclosure on that thing is hard as a rock.

Its just that this enclosure is small and concentrated to the only flex area on the deck, rather than covering the whole length.

The dynamic intrigues me.

It probably depends on the weight of the rider and how much his enclosure flexes with the board. If it stiffens it up completely, the inserts are probably fine.

It all depends on the stiffness of the deck vs. the enclosure. Like two springs which are loaded together. It the OP case I would use one middle row (across the flex) of bolts to attach it.

Enclosure that stiffens the deck? Might worth a shot. After all they are talking about “zero weight batteries” meaning they are part of the structure and thus add no penalty weight.

The haero is designed to flex specifically in the waist area.

My concern is that the enclosure will either stiffen the board, or rip out the inserts.

I purposly didn’t fit any bolts down the middle, so the board can achieve downward flex without putting any stress on any bolts/case.

I am more concerned by the strain I may be putting on my battery, as I didn’t leave much vertical clearance, I had planned for a solid plate to isolate the cells from trying to flex with the board. But will be settling with a decent wedge of Neoprene, and have wrapped the battery thoroughly.

I was going for something new and in fitting with the deck, I didn’t want yet another Peli case or some other Electronics enclosure, so I’m glad you appreciate my effort.

The Stormore is screwed to the back of the enclosure, I had hoped to get a 3DServisas Heatsink for the back, but stock was not my friend, so it’s just bolted to the Fibreglass. The battery is wedged into the housing with foam blocks stopping it from shaking, It’s damn tight in there. The whole underside of the deck will have 6mm Neoproene stuck to it for a bit of added cushioning and isolation from the board.

My next iteration would have a cage clamping the battery and ESC together, then I’d use one of these lids to go over the top keeping the water out.

As for Aesthetics, It’s Fibreglass with Black pigment, so It will look shitty if I start sanding it. The ‘right way’ to do it is to make a Mold for the outside, then you can get a nice Gel-Coat layer on the outside, and it can look shiny and slick. Sadly, my smooth Gelcoat layer is on the inside, but next time, I’d make it a little larger and do more molding, kinda need a few people that want them to make the process worthwhile, as it’s a PITA. I use foam to make a buck, then clear Fibreglass to make a mold, then black fibreglass again for the Piece. 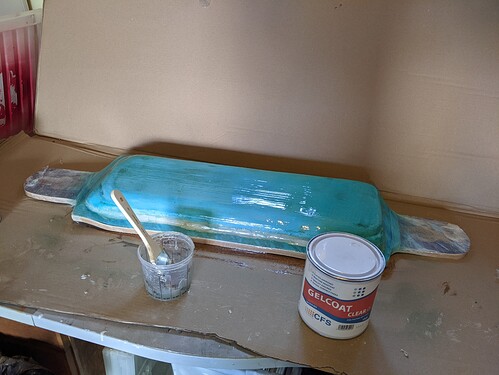 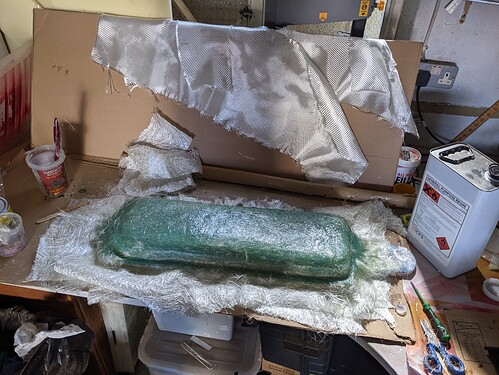 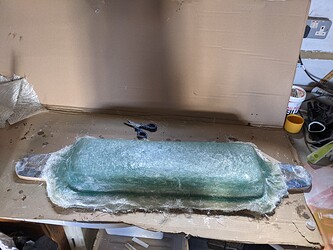 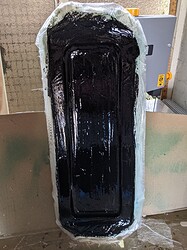 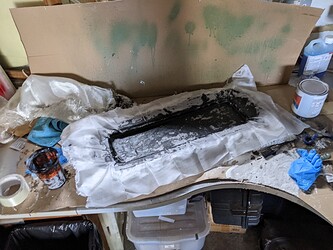 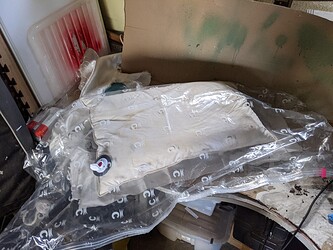 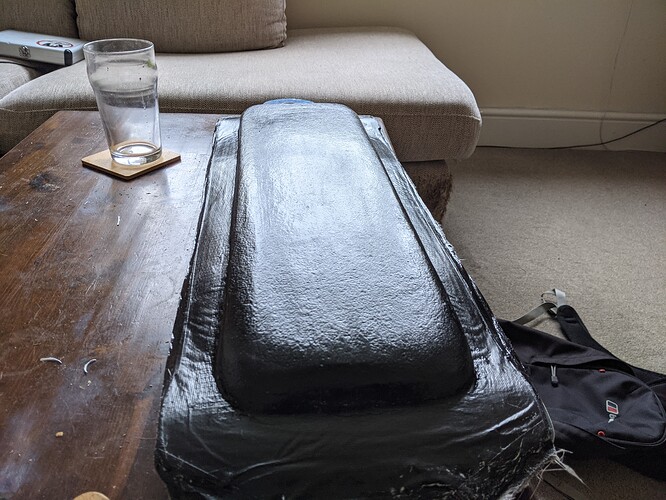 But this one would have likely needed a 2 part mold (left and right sides, otherwise it would be very difficult to pull from the Waxed mold.