Hey guys, I know this is not an ebike forum, but I would like to do an ebike with Esk8 parts.

As controller I would like to use a FSESC 6.6 in its full alloy encasing.

Donor bike is a full suspension bike (Fuji adventure Hi 2005) which I got for 10% of its original price.

My main concern is how to integrate throttle, brakes cutoff etc.

I am hoping to hear if anyone has had success with such an undertaking, or if I am better off going with a standard 72V ebike controller.

Or would it be like an motor bike just electric where you have a throttle in the handlebars which moves you forward?

It is going to be the second option. Just keeping pedals as a backup.

For the first option:
You could use a sensor that measures pedaling frequency (and gear position) and adjusts the throttle based on that. But that makes more sense with motors <1500W

If I use the motor option 1 or 3, the gearing ratio of 1:10 will make the motor actually run at faster speeds

That’s why the gearing ratio

How does gearing for more torque help with that problem

If you have a gearing ratio of 1:10, the motor will rotate 10x faster than the wheel.
If the gearing is such that the same motor that is used on an esk8 has the same top speed on a bike as on a skateboard, it is effectively the same to the controller.
You have problems if you don’t reduce the gearing, as a bike wheel rotates slower than a thane wheel.

Just saw this, as a Jeep guy it’s interesting. 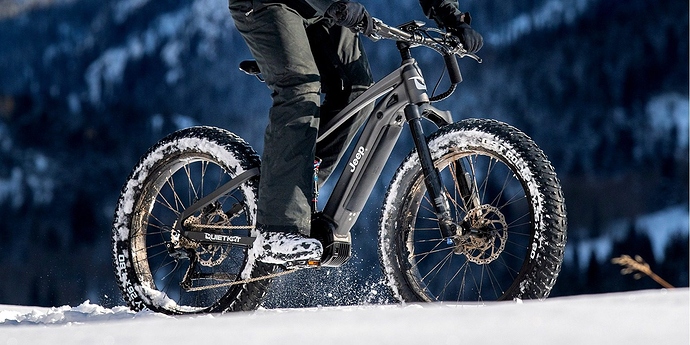 Jeep’s next electric vehicle is apparently going to be a massively powerful Jeep e-bike with one of the highest-torque electric bicycle motors on the market. The news comes as the Jeep e-bike made its first appearance in Jeep’s super bowl commercial,...

did you ever finish this 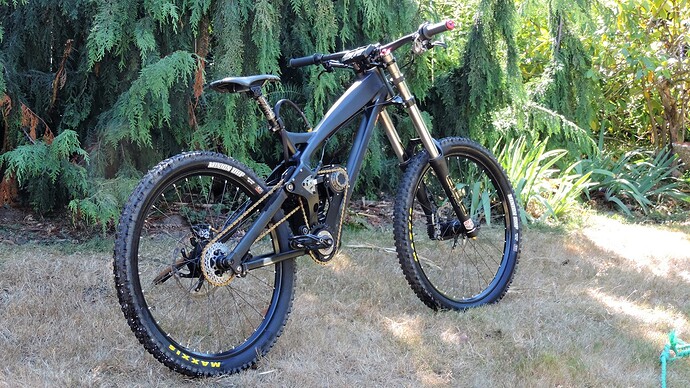 And trying to ignore it, cos I have the Zerode G27.4 in the shed

Didnt use esk8 parts, but did modify almost everything. Fit the lions into the triangle. Very custom. Also light considering those engineered as elec, are a slight bit heavier.

It is an urban assault vehicle, with schwalbe marathon pluses. Carbon rims. Carbon everything but the alum frame. Top of line susp. It turned out too nice to lock anywhere. So I walk it in anywhere I go, and leave if I cant look after it.