So I started a build last year and never got around to finishing it, so this year I resigned to get it done before summer. I ordered the final part this week, a battery from LHB and I picked out some paint.

I will begin with the parts list and let you take it all in before I display the progress and work I have done so far.

1st issue was with trying to mount the trucks in the drop through configuration. I wanted to take advantage of the low profile and mounts, but the truck hangers were not afforded enough clearance to actually turn. The hangers impacted the thick deck (3/4inch) and prevented further lean.

In order to solve the problem I could have just top-mounted the trucks but I would have lost the low rider feel which is obtainable with this cutout setup. Instead I decided to try and flush mount the trucks into a routed recess on the top of the deck, giving the hangers another 4mm of clearance and also adding some engineering flare. It worked perfectly, so it’s on to painting and assembly.

Flush drop through (sitting loose and not straight) 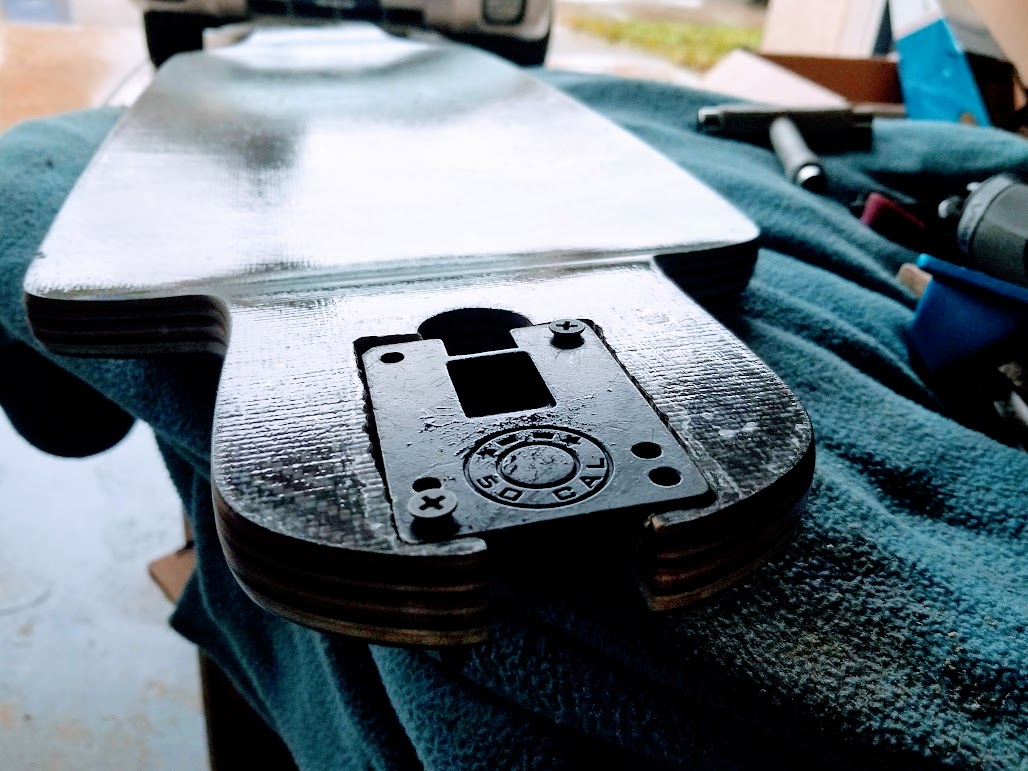 Mock up of this build from last winter. 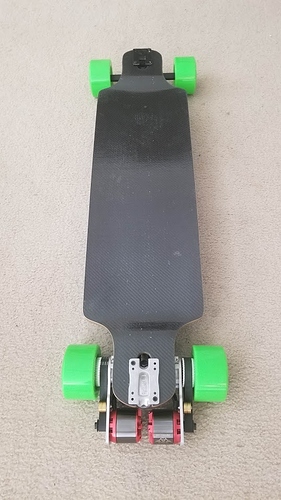 I finished painting it, the plastadip sticks to Dave’s enclosure really well, but not to the bottom of the deck so well, maybe I failed to sand off enough sealer, oh well…

I had to widen the motor mounts all the way to get clearance to turn, put a 35 degree baseplate in the rear but after some push testing I think I might go to a 45 or even 50, the wheel base is just too long, but its also going to be a fast board, so testing with the 35 1st, lol

I use the largest sex bolts I could find and stainless steel enclosure mounting screws. the Gangster Grip is already installed with some simple horz stripes to display some the CF under. This stuff is just as good as Vicious grip tape but lasts longer apparently.

The remote is setup and bound, the Unity is now awaiting a battery to drop in… 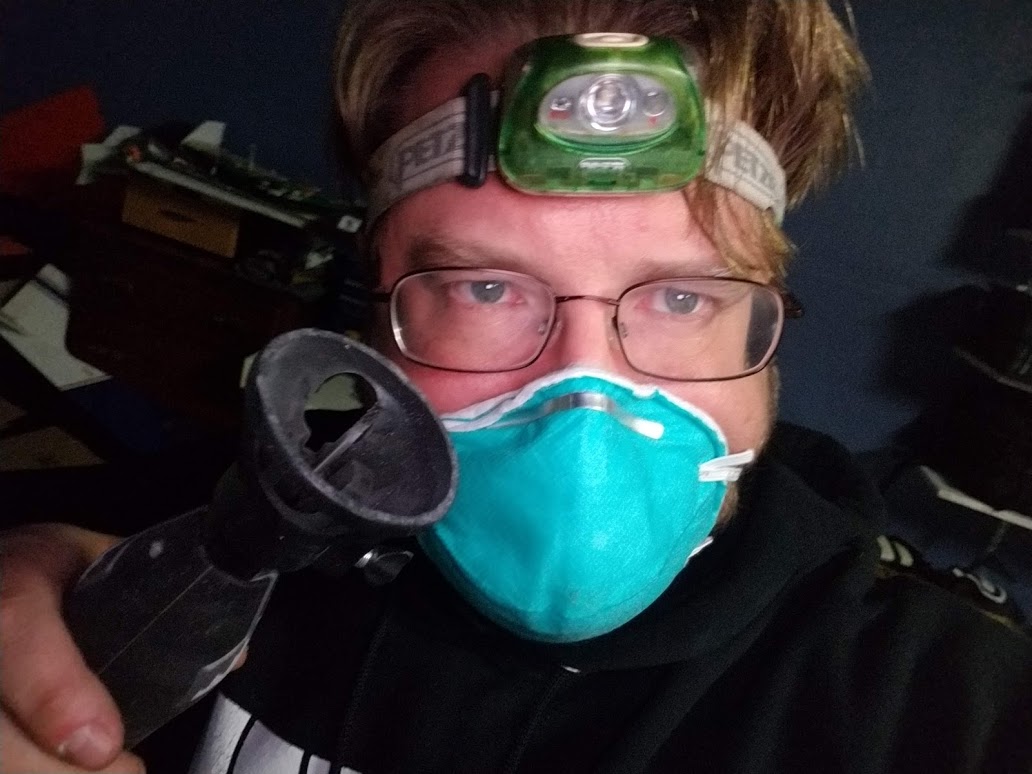 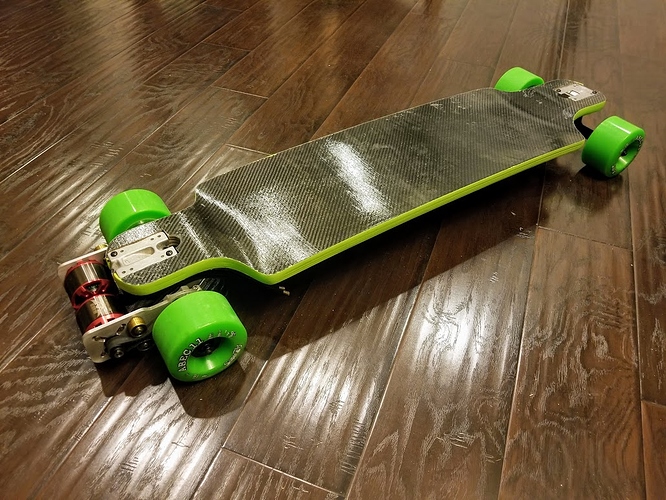 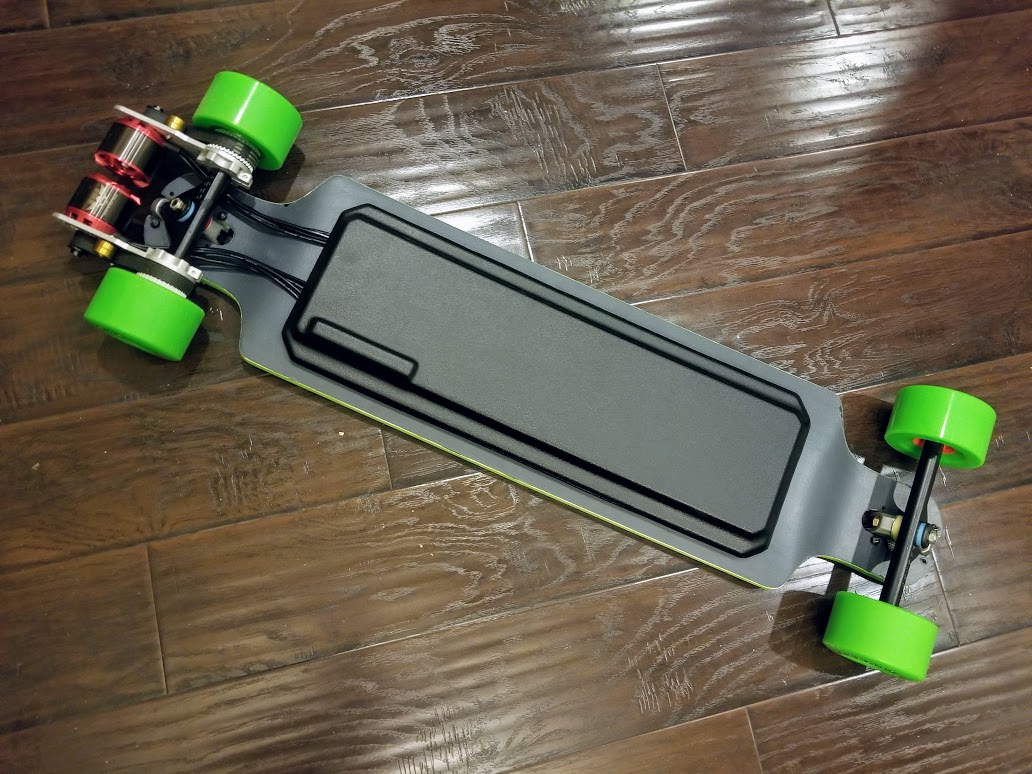 How are you, better?

Getting better but its taking time…

Good to hear you are on the road to recovery.
Great setup, I ride something similar as my favourite board. Good luck with the sale.

Good price on a quality set up! I hope you can work something out on the side where Ebay cant take a chunk out of it

@longhairedboy
Do you have one of these? Sold it on Ebay and this broke in shipping…

I’ve got some. PM me an address and I’ll ship it out tomorrow.

Oh cool, yeah i send you a pm