i’m building a new board for commuting: streets, around 10 km real range, train, subway… I already have the deck, a VX1 remote and i build a 10s2p battery pack using Sony / Murata US18650VTC5A I don’t need speed, but enough torque to move my 90kg/200lb around the city and a “as light.as possible board” I did this list for the missing parts, what do you think ? 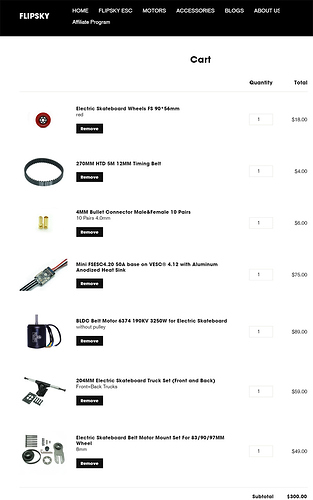 PS: i came from eskate builders forum, i’m new here, is there a thread were i should present myself ? :o)

buy @dickyho motor mount. It’s a lot cheaper than that motor mount you’re getting. I own that exact same mount and it sucks. Btw do you have an bms for your battery yet?

If you’re getting dickyho’s mount. Might wanna check the belt width and the truck. You’re also missing an enclosure.

The dickyho Mount is cheap and appears good quality. However, it does have its down sides. If set screws become lose, mount will drop your motor on the ground. Make sure you use lock tite if you go thus route. There are some mounts available which even if they become lose, it won’t necessarily drop the motor all the way on the ground, I would probably look into these instead of dickyho mount for this reason.

Gee is right.This will work, but you won’t be pleased with the trucks or the mount. For a single 6374 build, get Caliber trucks (clones fine but genuine much better) and either Dickyho or Boardnamics mount to stay in the same budget range. Also, those wheels are not great. A used set of Abec would be much better and still not be too expensive.

I agree with everyone! Caliber and dickyho mounts seem to be a great and cheap way to throw a decent board together.

What deck are you going to be using?

Nice to have you here! Also, I would suggest getting at least a 3p, maybe even 4p. Having only 2 parallel will give you about 50 amp and only 5200mah. 50 amps isn’t too bad, but you’d have to choose either between torque or speed, you won’t get much of both

I think you’re not too far off… I think the cell choice is appropriate for your expectations, and a bigger battery will be heavier, obviously.
Take everyone else’s suggestion and get different trucks/motor mount, and pick up a cheap, charge only 10S BMS from dickyho while you’re at it. The charger will be another $40, but it’s worth it.
I think the jury is still out on whether the 4.20 singles have improved enough to be the better choice over a tried and true 4.12, but you won’t be pushing the full 50A your battery is capable of through either of those, so maybe just plan on blowing it up and going with something better down the line, or just get a 6.x from the start.

As everyone else said. Get just about any mount but that one. Dickyho, boardnamics, Bkb anything but the one you have listed.

You’ll save money on other mounts too

Grab the kit from @BuildKitBoards, Jared will make sure you have the right stuff. That thing hauled ass when we were riding in DC together.

Thx for all the good advices, changes to my list: 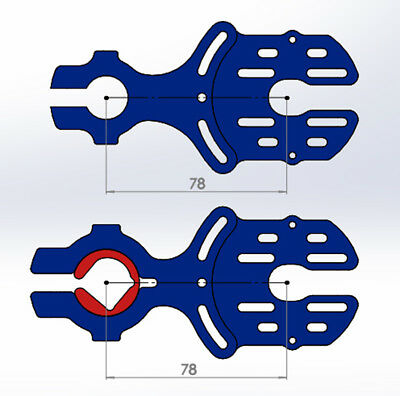 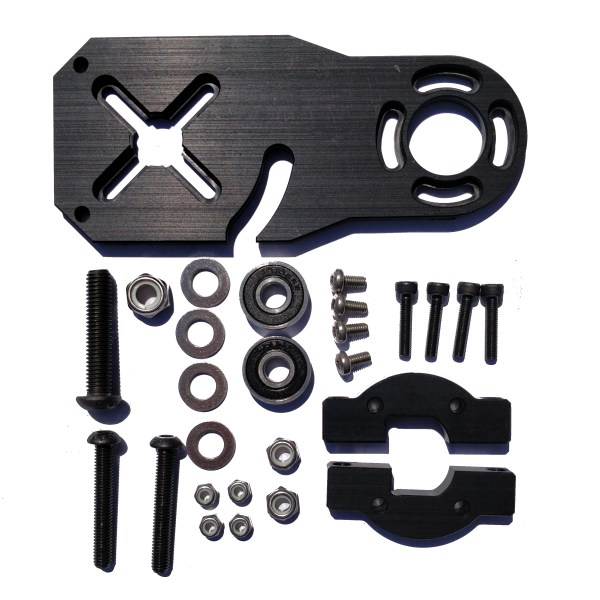 Introducing the Boardnamics Caliber II Motor Mount, an essential piece to your DIY electric skateboard build. This is the foundation of the entire drive train, responsible for mounting your b…


(but seems to be backorder)

@Itsmedant the deck:
https://www.sickboards.nl/en/longboards/8543-gravity-mini-29-deck-only.html#/228-color-grey
30km/h should be more than enough for this particular board
I already have 2 other bigger boards, speed is rarely my focus because i leave in a typical south of France city where streets are narrow and short.

I have a single boarnamics mount used I can give you if you pay for shipping. Non-idler version

Make sure to match your board to your enclosure before making the jump. Unless you’re comfortable making something custom, making one fit the other after the fact can be a major headache.

Hey, seems like you’re ordering from a Dutch shop. Are you planning on riding in The Netherlands as well?

If so I wan’t to give you a heads up about our current situation here: Currently we’re really trying to get our PLEV’s legalised ( https://legaalrijden.nl/ ), but police is getting more aggresive when apprehending poeple on eskates. In the past two weeks two boards have been taken from riders by the police.

Just a heads up, if you wanne ride, just ride!

I have a old skool build 33" short board cheap $20 plastic enclosures ebay 10S3P 20R Samsung cells $45 Aldi bargainbin. A 6354 flipsky motor $70 off ebay. Dickyho mounts $25A Flipsky 4.12 single $75 ebay, ebay bms $16 in discharge bypass and a enertion nano free. Gets my 84KG up hills and fast enought and light enough to carry around. Has caliber on the back and clone on the front. Its one om my cheapest builds and one of the funest. Only downside braking with one motor isnt great but not a deal breaker.

send me a dm

I know, some friends are living there (crazy law…). I live in France, but I like this website