If you don’t mind the cost, by all means, go for it. It’s an amazing machine with close to zero “fiddeling around”-setup.

I just wanted to mention that you could do it for cheaper, too.

Been loving TPU. Printed new shock absorbing pads for my Newbee 4GS, some soap dispenser pad thing for my wife, and now some slip on covers for my vice for stuff I don’t wanna F up too badly. 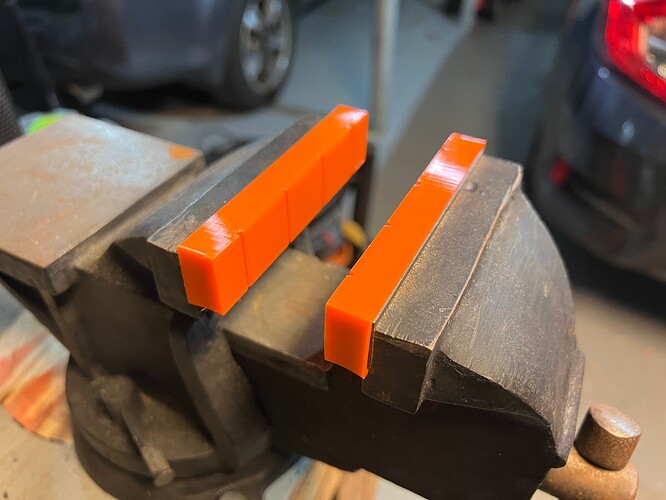 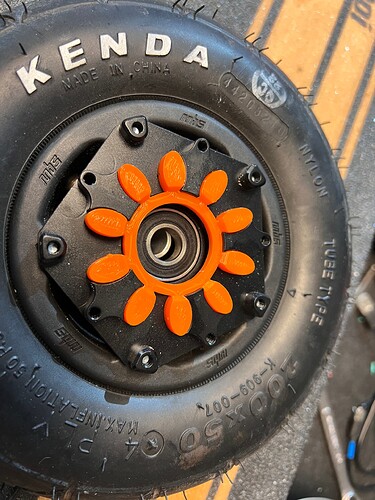 Damn I need soft jaws for my vice too, thanks for the reminder.

Got sick of scratching up stuff unintentionally and had a lightbulb go off yesterday. They work great.

Anyone seen the Bambu P1P yet? Haven’t had time to look at specs vs specs against the X1C. Price point isn’t bad. 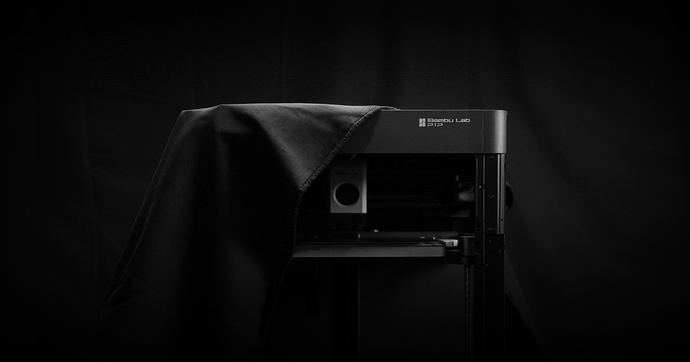 P1P is the Bambu Lab latest 3D printer for both beginners and professionals.

Yep, it seems like pretty good value, just a call from Bambu to cover more of the market

Corexy, fast, and upgradable, neat stuff. It shares a lot of parts with the X1 carbon, but saves money in a few key places

How are you liking yours?

Excellent printer, I doubt you could get a much better out-of-box experience for the price. Definitely worth getting the PEI sheet though instead of the sticker-based ones. I still use the sticker one for high temp filaments tho

Pretty much flawless prints with zero tuning 90% of the time 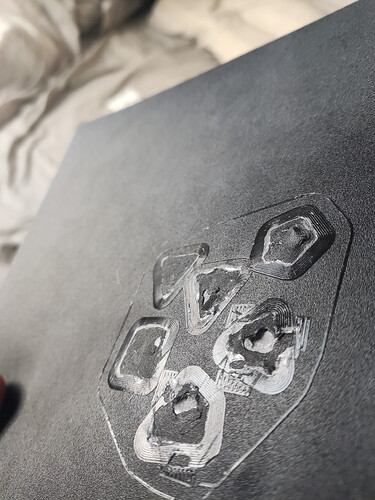 First print on a new bed and I tore patches out of it, fuck me. It’s PETG so I’m just gonna make sure I use glue or tape from now on, unless one of you reckons this is a Z offset problem.

I leveled and set the offset just before this print and it’s quite level and low to the bed, I used a piece of thin card/thick paper that’s 0.27mm and lowered until I had tension but it was still possible to remove it. There’s no obvious sign of gouging from the nozzle digging in to the bed so I don’t think I had it set too low. I used to use glue but that was because I didn’t have enough adhesion not too much so I didn’t think to use it any more

I did this on my very first print ever. Hopefully it’s a right of passage.

My last bed did eventually get borked a bit like this as well but it was after a year or so of trial and error, but both have been fairly cheap creality stuff. Spring steel up next in the purchase list

You can mitigate this somewhat by tuning the Z offset, PETG is quite sensitive to changes in first-layer height.

I highly recommend trying G10/FR4 (fiberglass-reinforced epoxy, AKA PCB material) as a build surface, it is super durable and works great with most filaments. I’ve used it for PLA, nylon, and PETG, all with great success, and I’ve heard of people printing TPU and others too.

I picked up a Sprite direct drive hot end for my Ender 3 Pro and got it installed this weekend. Install wasn’t too bad, however I was having some funky XY offset issues with my CR Touch. Prints weren’t centered on the bed. I messed with the XY probe offsets on the printer and also added values in Cura and got it landing on center ok so far. I wanted to go direct drive because I didn’t like how TPU was being pulled in my enclosure- I wanted a straight shot in. So far results are ok. Got my Z offset dialed in ok so far for the most part. Pretty much need to set this thing up as new all over again… retraction, flow, temperature etc. A little frustrating but should get back to printing well soon.

I’m planning on getting a second printer within the next couple months. Something faster and that I won’t want to tinker with as much

Something like a Bambu, Prusa, etc. Need to do some more research

Prusas also need a bit of tinkering, at least in my experience so far. Bamboo printers are the better option here I think. Also cheaper LOL

I just went a very similar route, added a sprite pro to a base model ender 3. It forced some issues to the surface (I think some are above in this thread, but I had a slightly droopy X gantry and poor leveling) but after those I’m happy. I wasn’t having an issue with TPU buy my cobbled together E3D knockoff was just causing a lot of trouble and I wanted something fully integrated.

Did you get another printer? If so, which did you go with?

I had to adjust my X axis before because it drooped - I’ll check and see if it needs adjusting again. I only printed silk PLA so far on the sprite hot end, so I haven’t given it a full run of my normal materials yet and silk is inherently a PITA. I did get a somewhat decent Mario superstar as a tree topper printed yesterday though

That looks solid! Nice ironing in top as well

Any ironing was done unintentionally due to a low Z offset lol. This was in 2 pieces, around 15 hours to print @ 0.3 layer height, 0.6 nozzle. Came out pretty cool