Just hoping someone can explain why it’s worth paying for the Stormcore 60D+ over the BKB Xenith v2.1.

Am I getting any extra quality or specs for the Stormcore?

Lower resistance mosfets, meaning the ESC can do more power / heat up less. If you have a heatsink then the xenith will do you just fine with that setup. If you don’t, then stormcore would be the better choice in that regard.

And idk, better warranty + support? That’s about it.

stormcore, there no argument about it

I don’t have any experience with Stormcore but one of my Xeniths shorted out and I had no luck claiming the warranty. Plus, BKB showed no interest investigating what has happened, which left a very bad impression overall.

Xeniths now also ship without CAN drivers, which I personally would consider a major shortcoming, though maybe it’s not a problem for @Matte.Black84’s setup.

I have abused my stormcore, it still stays strong.

Stormcore is the new king

Edit: forgot to add that they are basically designed by the same guy. The stormcore literally is an improved unity. BKB just pirated the design files somewhere imo 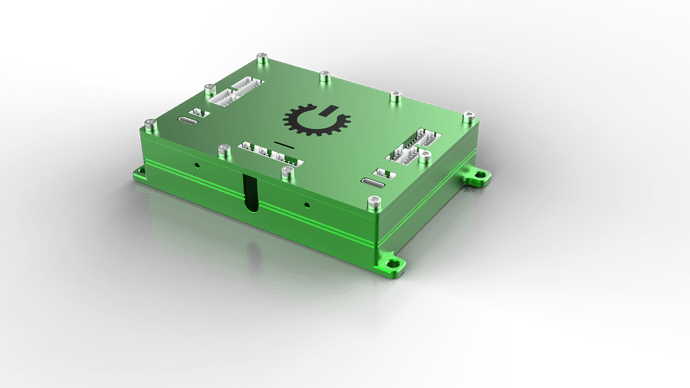 High performance ESC based on VESC project Full aluminum case anodized in green for maximum heat dissipation Max voltage is 80V but due to risk of voltage spikes max recommended is 16S - 67,2V * 125 motor A and 120 Battery A support for a... 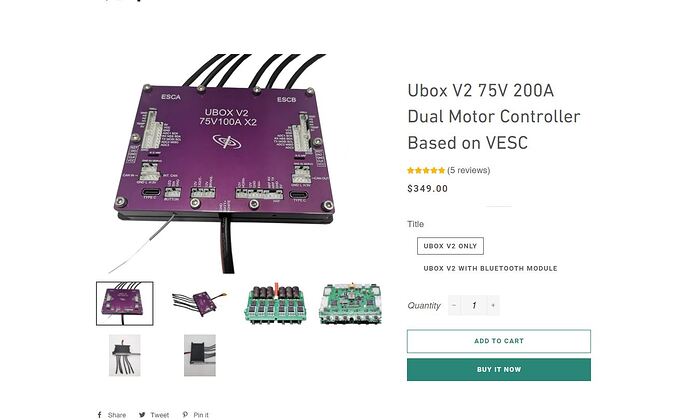 It is bases on Ubox2 but improved

Yes its based on that but with some nice upgrades. Also include XT90S connector for battery and MR60 for motor side. The price is acutally 35 different and not 50 because we include the bluetooth module as standard.

I personally would always choose Vesc 6 over older versions. I’m sure someone can explain all the differences but I find it to be much higher performance and the HFI capability is enough to spend the extra 50 bucks or whatever it is.

I believe the zenith comes with an xt90 now… and honestly I haven’t tried the stormcore yet but I prefer the tb6 if I can find them.

Stormcore all the way, let’s put it this way, I’ve only had like 4 unity/zenith pass my hands…issues with every single one, have probably had 2 dozen stormcore maybe more, minimal issues, only issues I have had were with 4wd set up and lacroix have been great with support/warranty/replacements

Not to mention the better performance

I’ve had 2 out of 3 unitites act weird. One popped and is benched, the other acts stupid and forgets its settings randomly.

Stormcore has been an absolutely flawless performer for me. The 60d+ hasn’t hit over 50°C yet.

BKB has left a really sour taste in my mouth after seeing his interactions with a brand new local dude who had a lot of problems with his Duo kit. Customer support was either non existent or asking for more money to replace parts with other BKB parts. That interaction was pathetic enough for me to personally never purchase anything from them or recommend their products.

Good lord. BKB blackballing will fulfill my prophecy of every vendor I’d called out for fucking people over having fucked people over.

Let’s see if he makes habit of it…

I get esk8 is a ridiculous small niche boutique marketplace with little profitability and a lot that can go wrong … but fucking people over just ain’t cool.

You are spot on with the rest, the Stormcore is more reliable, and manages heat much better than the Xenith/Unity. The Xenith/Unity’s poor reliability isn’t a build quality issue but rather a design issue. No ESCs since the Vesc 4 and Xenith/Unity have used 2 shunts for a reason.

There is really no reason to buy a Xenith/Unity now that the Stormcore exists. Both are designed by the same guy, but the Stormcore was made from scratch and included many improvements learned from Xenith/Unity failures. It’s not worth saving $40 if it’s likely to fail and you end up having to buy something else.

Guys, this thread just made my day! I try not to self promote my own stuff too much as it’s just a bit much but seeing that some of the new stuff I’ve made has actually shown some improvements for people is just awesome to read.

There is really no reason to buy a Xenith/Unity now that the Stormcore exists.

Yeah pretty much. I’ve had 2 unities and neither of them worked perfectly, sold them as is for a loss (one didn’t detect hall sensors on one side and the other one needed all the connectors resoldered as the factory job was terrible)

I have 3 stormcores now and all of them work flawlessly

FWIW I only recommend the xenith due to it seeming like an objectively decent budget option, and I try not to be biased. But personally I only rock stomcores these days XD