that’s exactly what im trying to do with an XR at the moment. Mt60 for the phase cables and Julet Mini plug for the sensor cables.
Problem is that im not that good at CAD. I would need a cad model of the OW with rails or at least the back enclosure so i can modify it.

I also would like to remove the front handle and replace it will a side strap so the enclosure can be even bigger. 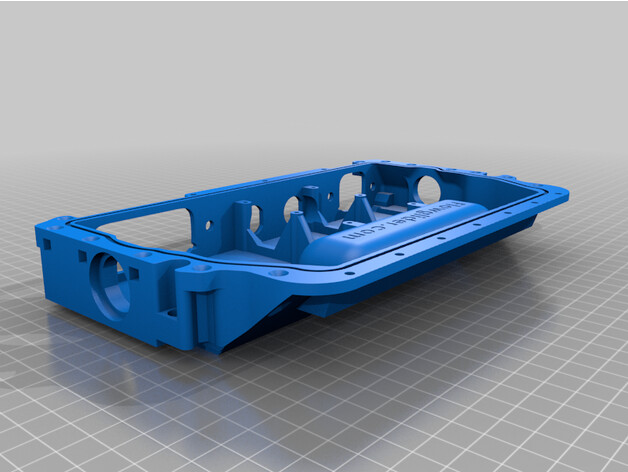 WTFoc An enclosure made for mounting a little focer inside your xr or plus rails. the build manual is coming soon! edit: may 31 2021 added version 1.1 for use with formed countersink holes and drilled countersinks. This is because it will be possible...

This would be a good place to start. Sadly it cant even fit a bms.

Problem is that im not that good at CAD. I would need a cad model of the OW with rails or at least the back enclosure so i can modify it.

I also would like to remove the front handle and replace it will a side strap so the enclosure can be even bigger.

Look no further my friend, I already have done more than half this!

What 20s bms are you going to use? 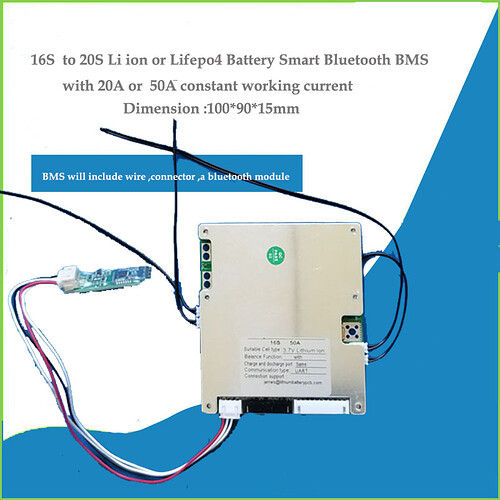 This is the only smart bms I found that could reasonably fit. Its flat enough that you could still put one layer of cells above it. But I would also accept “only” having a 20s2p in the battery compartment and the bms and controller in the front.

I Also would like to 3d print the enclosure with a metal plate at the top (and maybe bottom) similar to the case I posted on thingiverse. 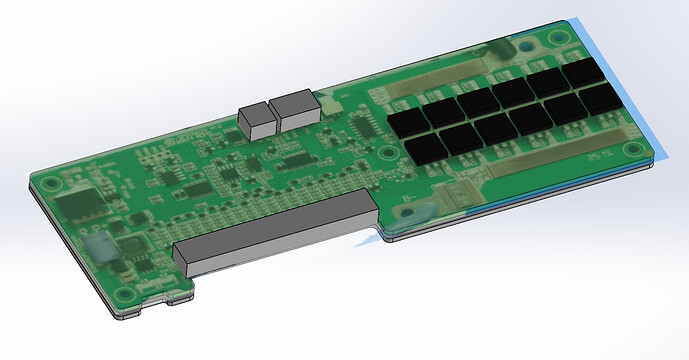 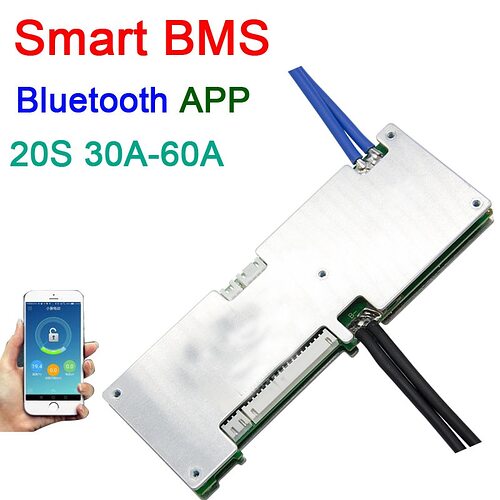 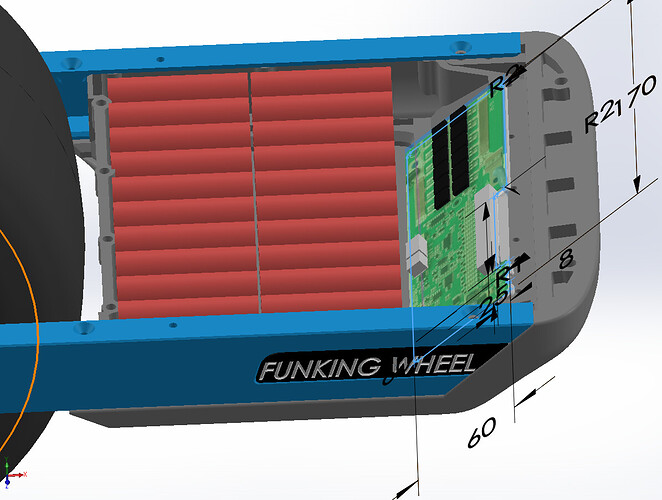 it nearly fits right in that XR stock case

That looks great. Even if it doesn’t fit in the back it would still save a lot of space.

I recently repaired and testet a OW V1 with an increased battery (14s3p). It has a smart bms so I could look at the power it’s actually drawing. It only uses 500-600W when accelerating hard the highest we got was 900W peak. So the battery of a DIY OW really doesn’t need to be very powerful. At max 1000W continuous 1500W burst or something like that. That’s still probably to much for the hub for a longer time. 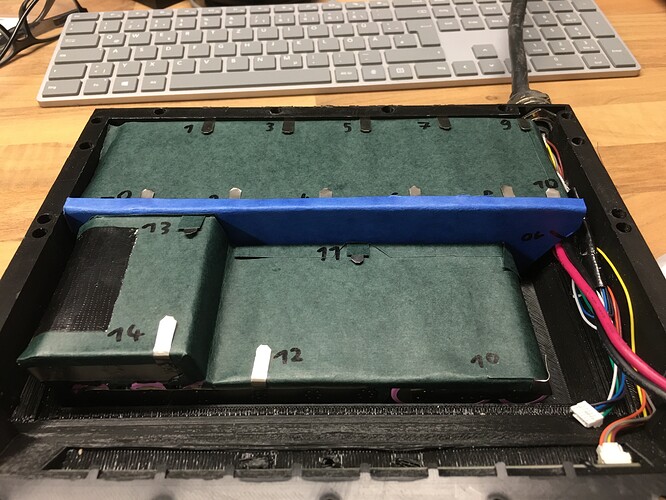 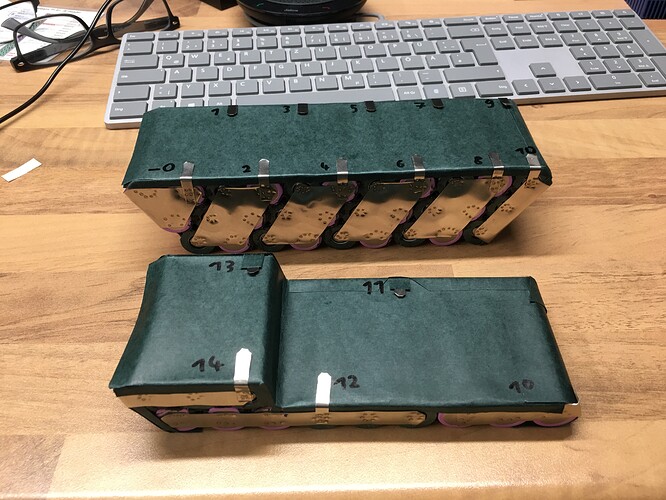 I recently repaired and testet a OW V1 with an increased battery (14s3p). It has a smart bms so I could look at the power it’s actually drawing. It only uses 500-600W when accelerating hard the highest we got was 900W peak. So the battery of a DIY OW really doesn’t need to be very powerful

well you are skipping over where you turn the setting wayy up on the DIY wheel. I don’t think a weak battery would like my 100A batt 150A max ABS…
I still think a 24S A123 pack is nearly the perfect choice except in terms of range/ not having a split pack, although a BMS is optional with a123 cells as long as you check em every 20 rides maybe.

Im 100% sure you will never even come close to 100A batt on 20s thats 7200W.
That would be completely absurd on a onewheel. Its just not the kind of vehicle that can actually use that much power. Even if you somehow draw that much you would burn the hub very quick.
My estimate is that you pull no more than 10-15A bat just riding around normally and maybe 40A bat for very short on accelerations.

you have clearly never hit a pinecone or root while going up a slope.

Okay that’s interesting. I never saw a metr log from a OW. But my guess is still that it wont be 7kw. When going uphill with pinecones my guess is that you go fairly slow so its only the motor current that will be very high not the battery current. But im happy to be wrong and see 7kw OWs

The question still is do you need to build your battery to that spec since the time is so short. OW pints work very well with just a 15s 1p of 18650s

I dont even know if its a good idea to have the power that high. It could maybe make wheelspin more of a problem. 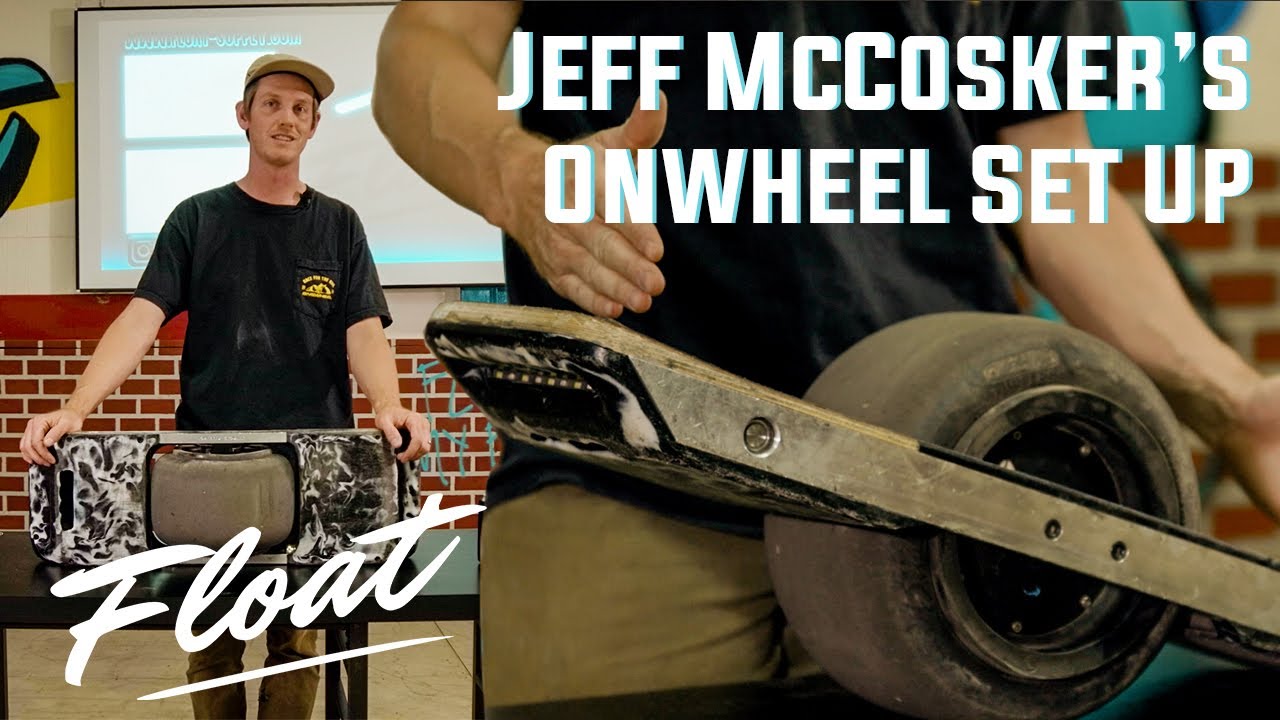 hmm do I keep my making my 'build thread" here a place to put anything interesting involving OW modding?? not sure.

Just watched those yesterday. Very cool and interesting for me, I’m not surprised by anything except their tire choices 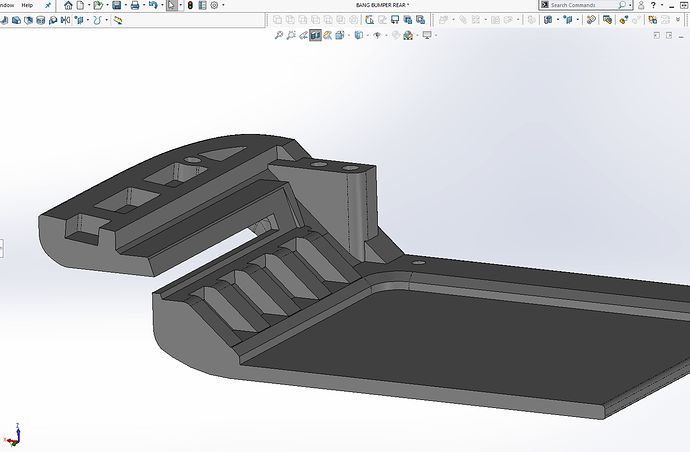 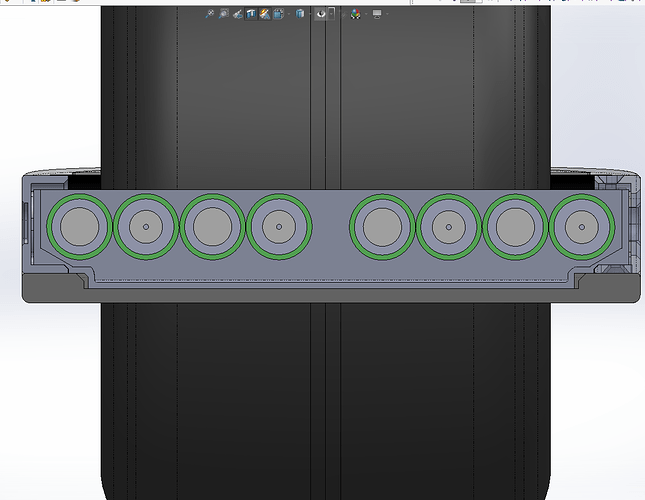 image1220×945 65.4 KB
bang bumper and box dim still messed up slightly
redo the box cutout while im at it 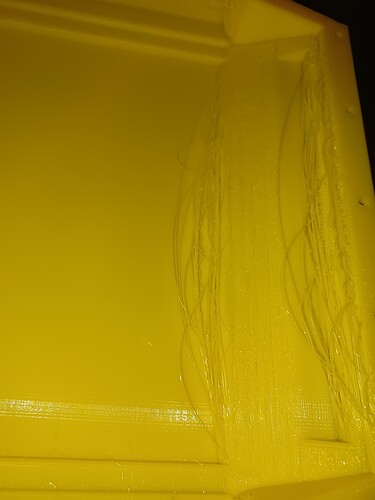 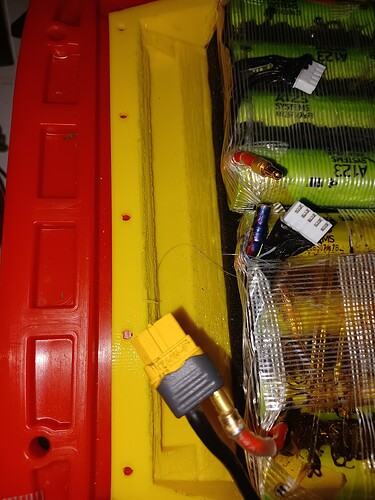 First one I already tried which is grind down the handle on the bang bumper to make the front case as long as the rear case, although if you were really going crazy to fit cells you would run battery side bumpers both sides.

I was thinking you could also cut the entire end off and move it out, but I don’t like that as much as cutting it down the middle and widening because it accomplishes the same goal but keeping nose and tail clearance. Widening involving motor mounting hardware so not as easy/cheap. Footpads would need clamps instead of bolts on the side closer to the wheel because rails not being underneath.

These mods avoid raising the footpad higher which is also a way to go, I was thinking about ways besides that.

Also related to these goals I would like a module that fits into bang bumper light cavity with LEDs either battery or internally powered with vesc controlling color and brake indication, I guess a version fit the XR bumper also. 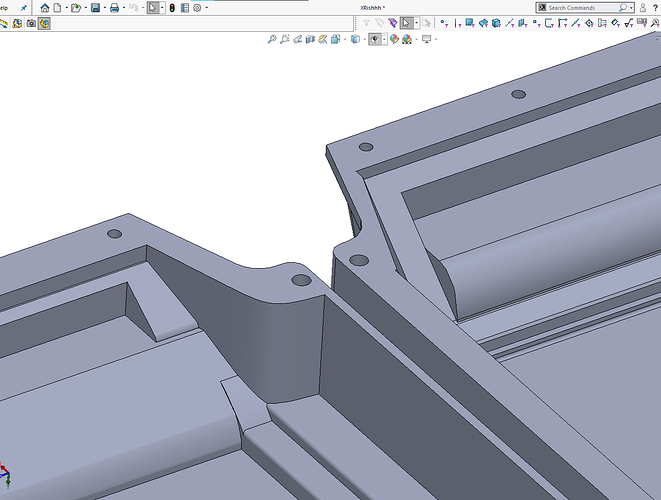 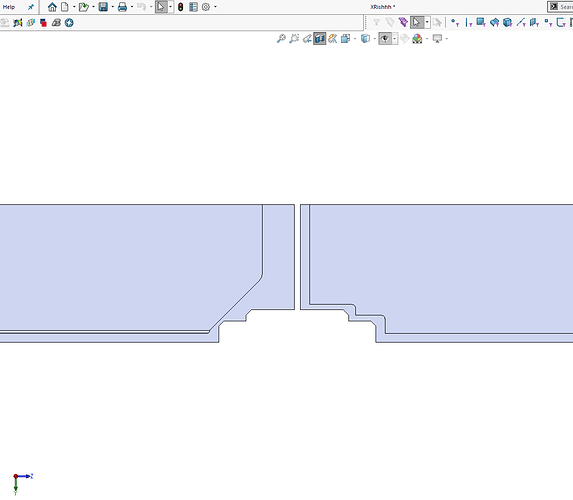 I think Im gonna say fuckit and buy the Satiator

Grin Technologies' universal programmable charger for 36V to 72V electric bike and scooter batteries. Programmable output charges at up to 5 amps. Twice as fast as most battery chargers. Adjustable output voltage can be...

Ok so I posted only this one picture of the battery packs I made for the 24S1P 26650 M1b lifepo4.
While those series connections were unable to be shorted they were possibly more prone to breaking. 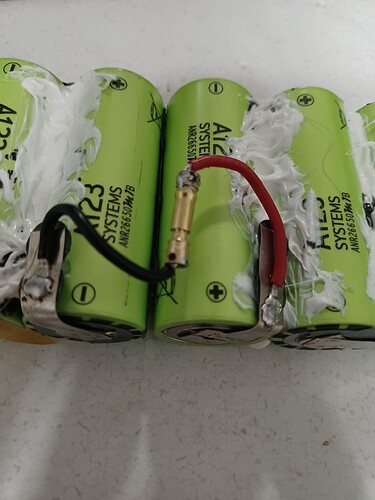 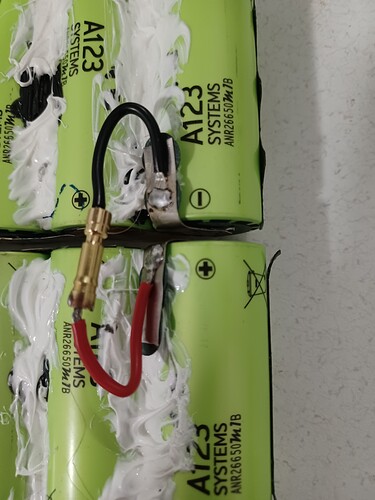 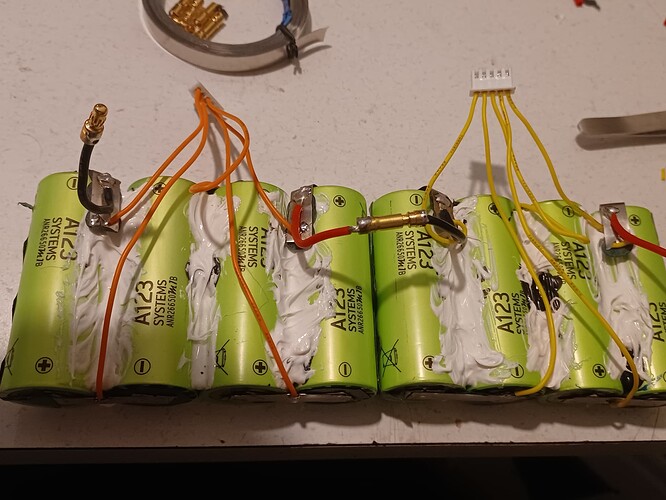 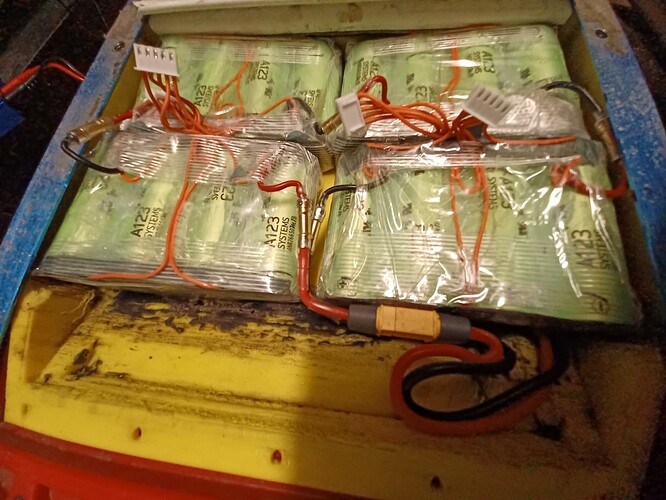 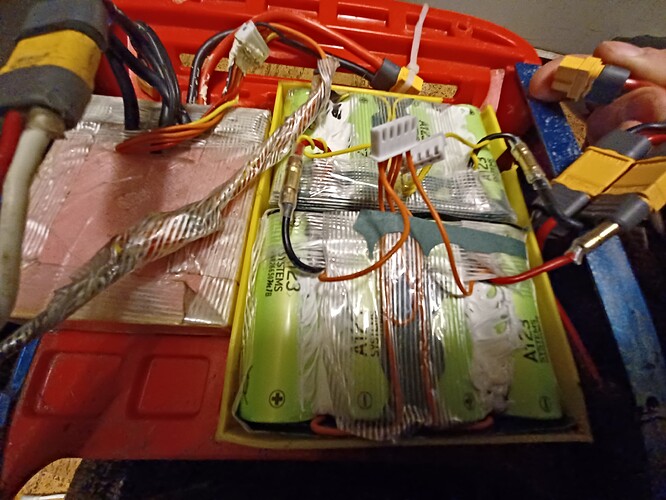 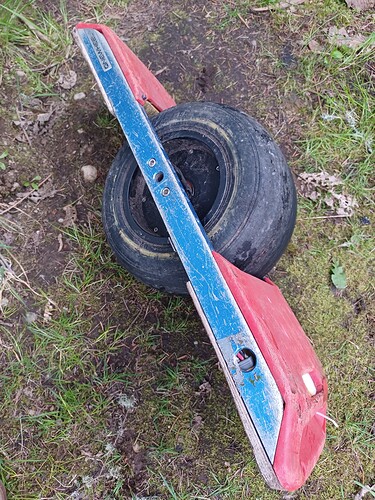