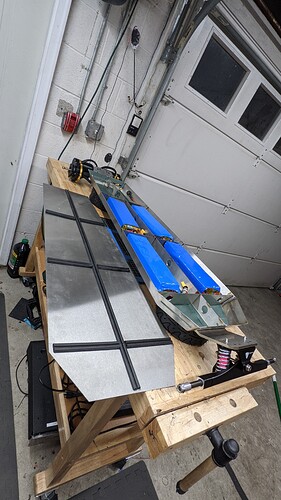 About a year ago, Tesla unveiled the Cybertruck. I started and stayed firmly in the “it looks cool” team while everyone kept flip-flopping on what they thought of the first full stainless production vehicle since the Delorean. A month or two later I was bored and thought of how cool it would be to have an esk8 built like the Cybertruck. I was also inspired by @moestooge’s steel tube + “bucket” builds. 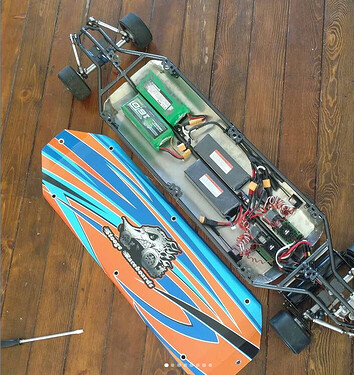 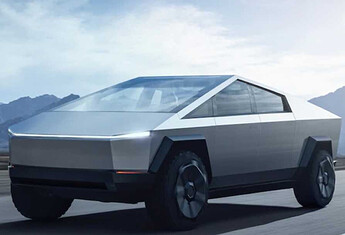 So I loaded up inventor and made this horrendous model 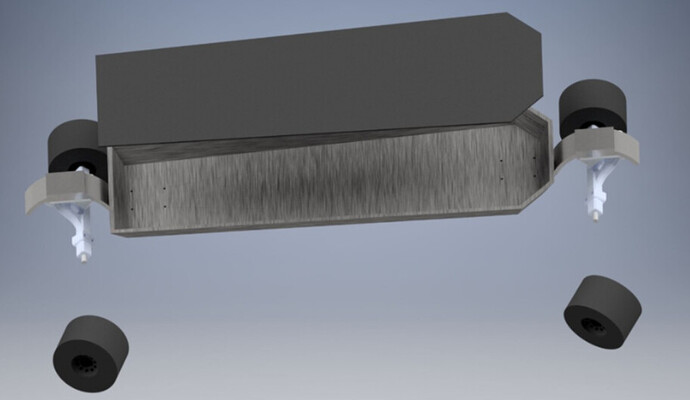 I played with the idea on and off for a few more months until I decided actually try. I ordered some laser cut parts from SendCutSend (they paid, sponsored?) and see what happens. This was the result:

This design did not take into account how it would be assembled so each panel was separate. This was simply to see if the idea was worth pursuing at all. I liked how it turned out and started to do research on bending. This led me to leave Inventor and switching to Fusion360. With the new software and some help from Staloff Brothers Custom Metal Fabrication in Jersey City, NJ I was able to create this. 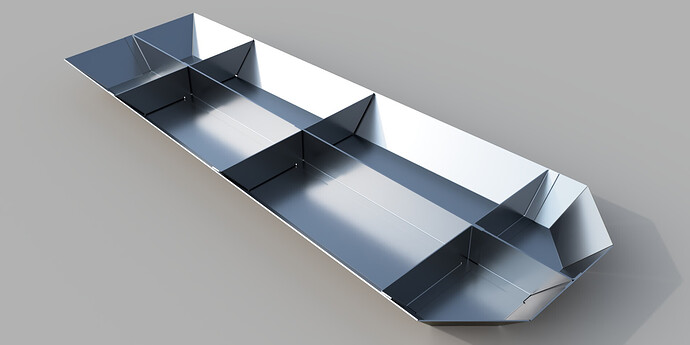 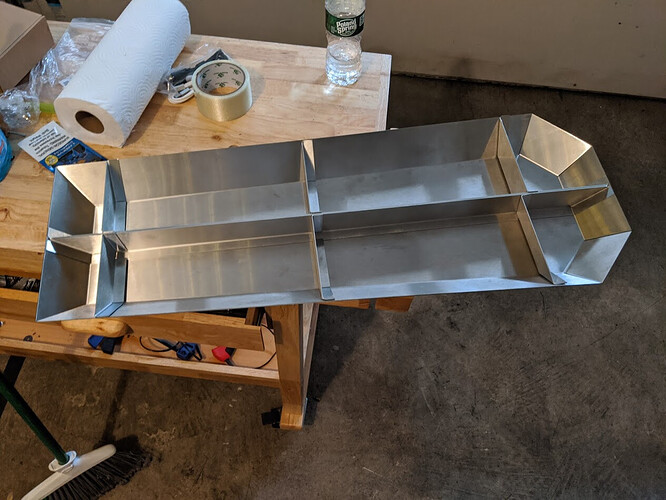 This was another proof of concept and had basically zero attention to detail. We ended up using it as practice for welding the final version. Speaking of the final version, here she finally is 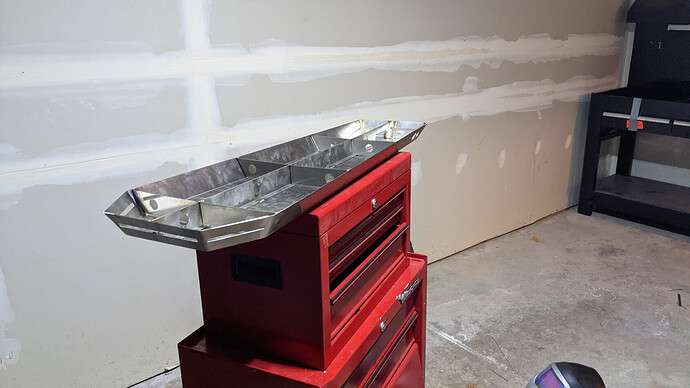 None of this would have been possible without my buddy Frank. He welds MRI machines for Phillips, I’m lucky to have a friend as skilled as him. You should follow his welding page if you’re into stacking nickels. 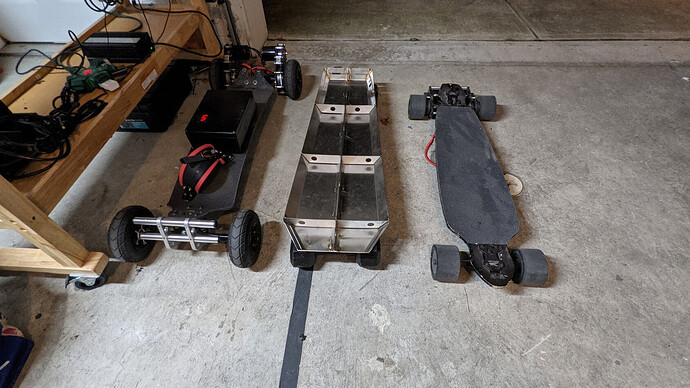 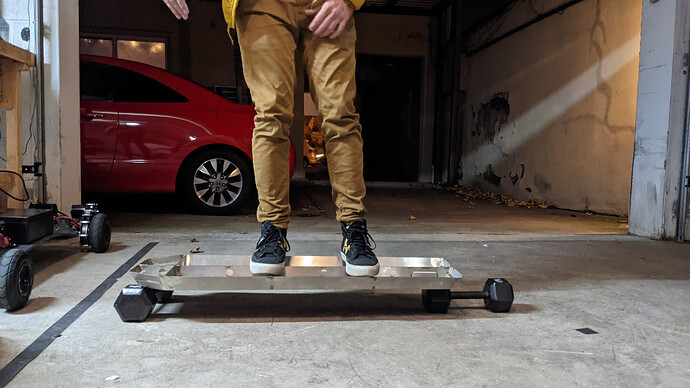 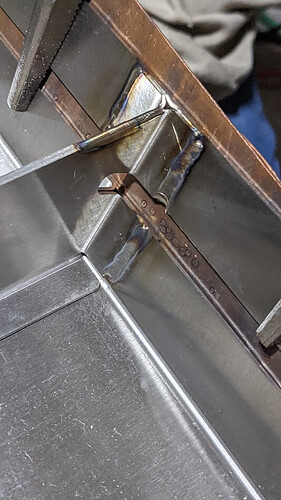 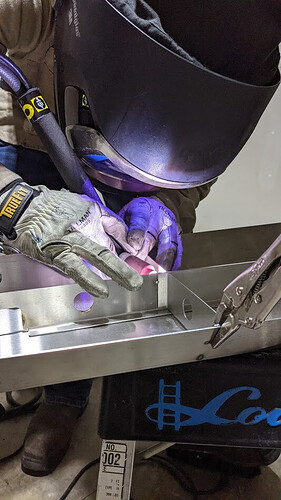 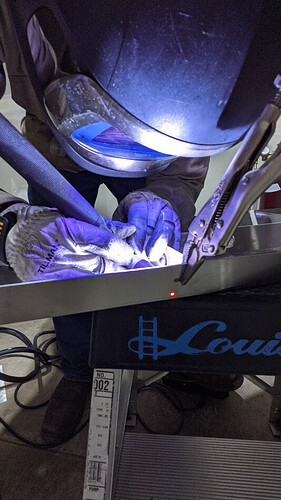 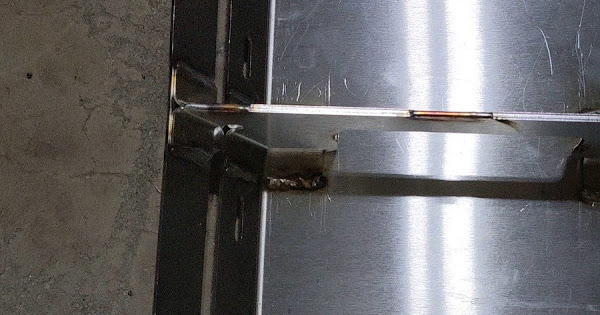 I didn’t want to make this project public until now for two reasons:

1: I was not confident in getting someone skilled enough to weld this together

About the truck brackets…

Here is my current idea ready to be made. I designed these before I had the welded deck in my hands. This will lead to changes, and I want your input here. 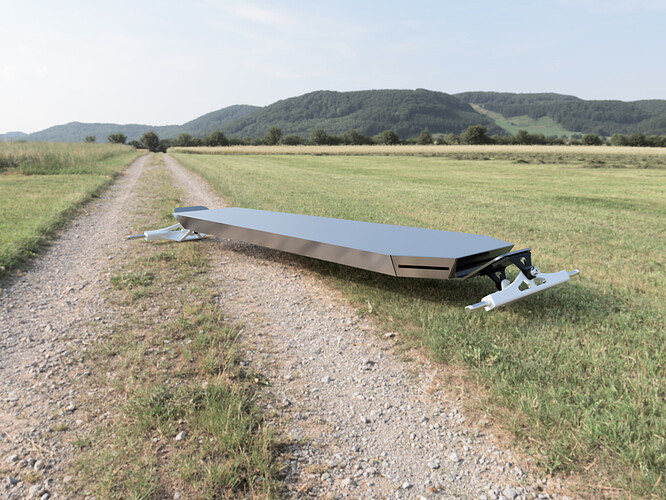 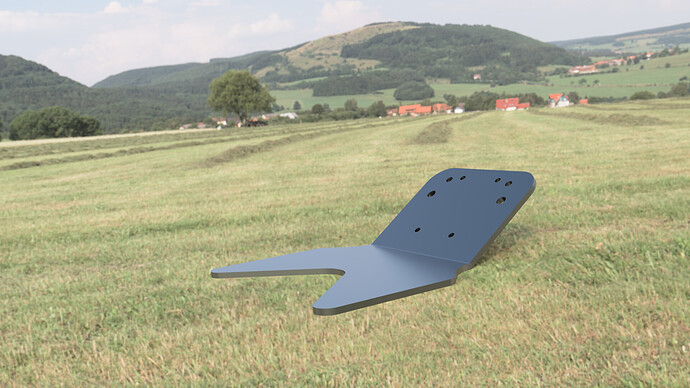 On to the electronics & etc

I’m concerned about my remote being able to connect in this faraday cage I built. I’d appreciate an elegant way to externally mount the receiver. Also, I like that the top lid will be modular 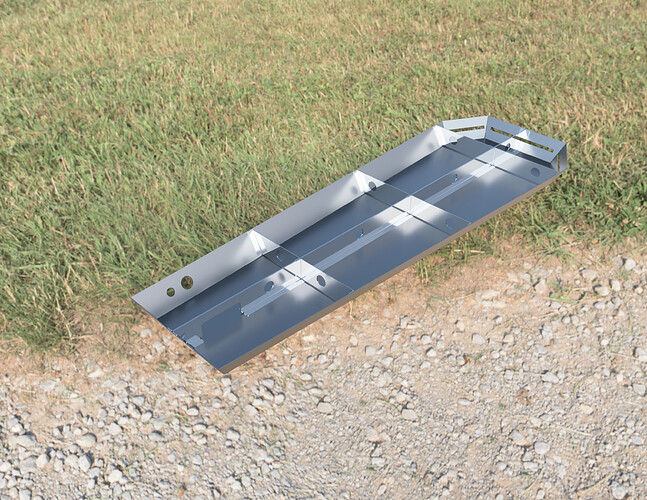 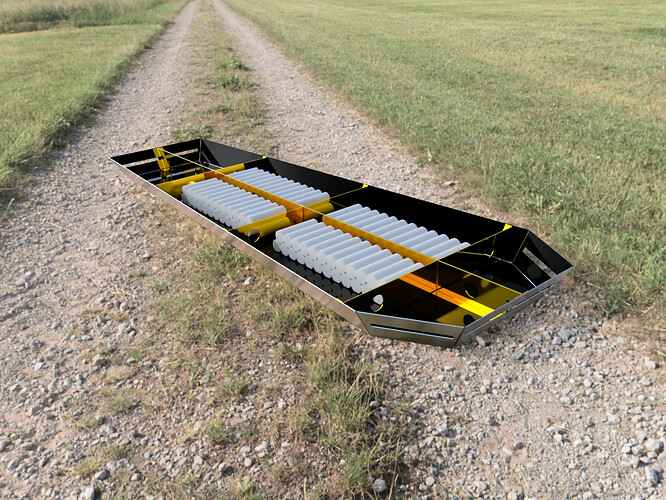 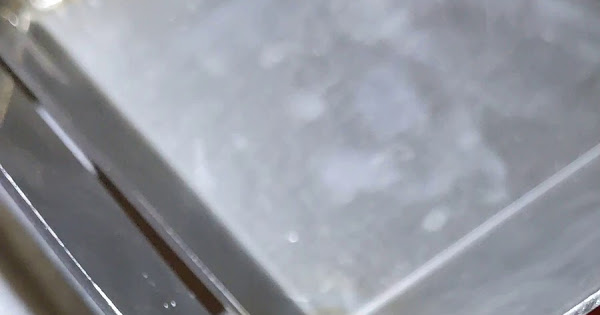 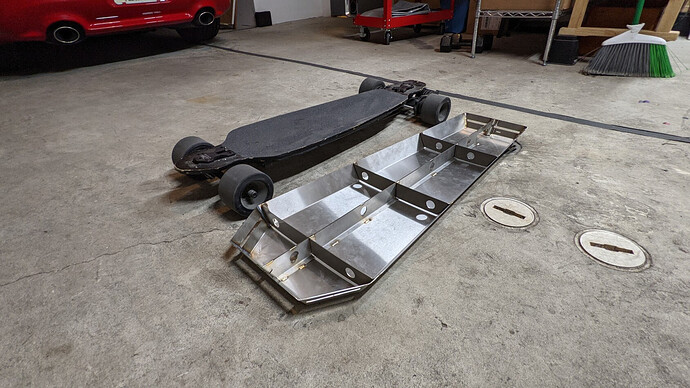 Dude. This. Is. Awesome. Mad respect, not just for the fact that you built this chassis, but the fact that it’s something new, something different. If I saw this in person I wouldn’t think “Stooge Copy.” It’s a totally different take on the chassis board design compared to Moe’s, and I love it.

Thank you so much! Speaking of stooge, I plan on throwing some NKP’s on this thing next year when I get some more money.

I plan on throwing some NKP’s on this thing

Do it! Can’t wait to see how you like them.

Looks great! I can appreciate that rigidity is key for a design like this.

Is there any concave in the deck?

How heavy is the deck by itself?

Is there any concave in the deck?

Absolutely none. May add something to help in the future.

How heavy is the deck by itself?

Very. I have yet to weigh it. IMO after a certain weight it doesn’t matter to me because I’ll never pick it up. I roll in and out of my garage.

This is awesome! Can’t wait to see the progress you make on it!

I am trying to get this ready for the 2020 Build of the Year awards. Wish me luck!

Wow! Duuude! Aamazing! This is soo cool!! Beautiful work on that chassis!

1st Update because I’m so excited 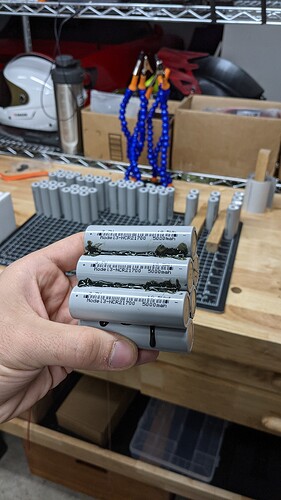 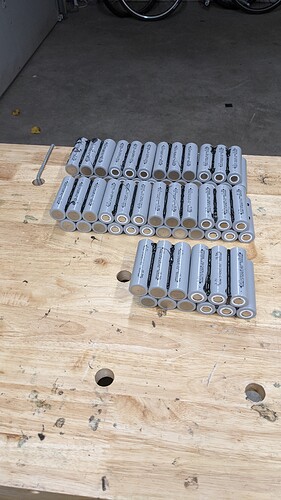 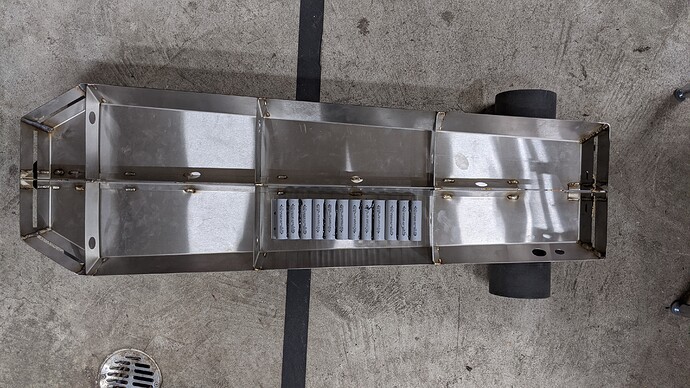 He welds MRI machines for Philips.

FTFY, just one “L” in Philips, common mistake. I work for them out of their patient monitoring factory In Germany.

Awesome build, I look forward to watching your progress. When you design the lid, you could make a front footstop that houses the Puck receiver and gives a cyber truck cabin vibe.

you could make a front footstop that houses the Puck receiver and gives a cyber truck cabin vibe.

Great idea! But for the first iteration I’m gonna try to have this be an ultraboard. So I want the top to be 100% bare.

Holy shit dude this is amazing…

Glad you kept it a secret till now because you definitely blew us off with the reveal. WOW!

If something went wrong with this version of the deck, I’m not sure if I would have continued the project. The flat stainless alone is worth around $350. I didn’t want to make the project public until after the welding and only if it went well. And here we are.

3d servisas newest trucks would look perfect on this board 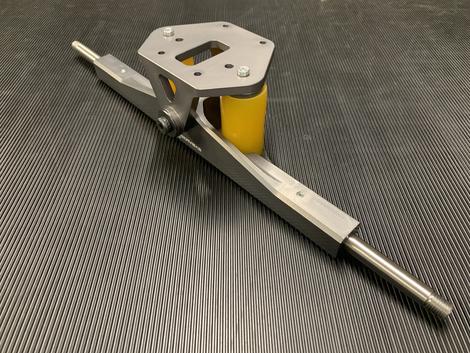 Is this the same bolt pattern as trampa? Also, it wouldn’t match my rear trucks 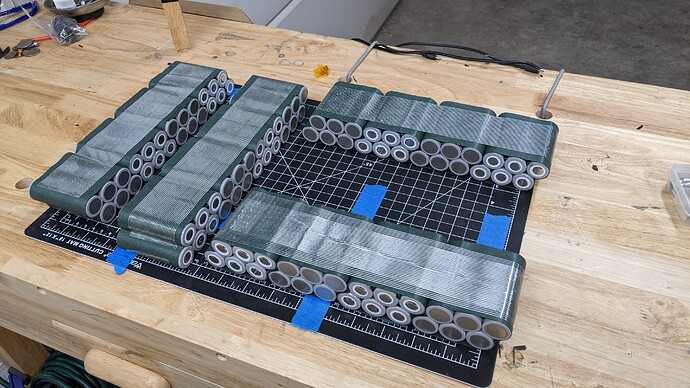 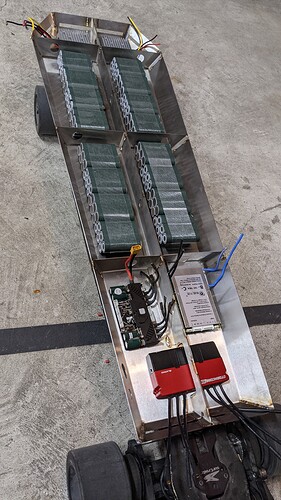 More progress. I did all the welding and protection on the 4x 4s6p packs that make up the board’s battery.

The brackets came in and they are gorgeous. 1/4in thick stainless steel should be strong enough. 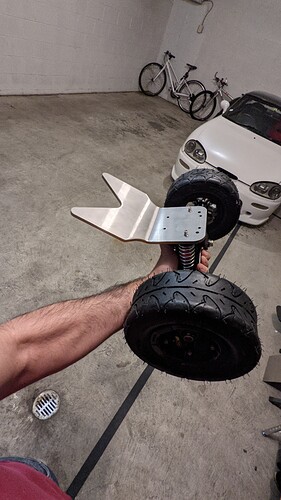 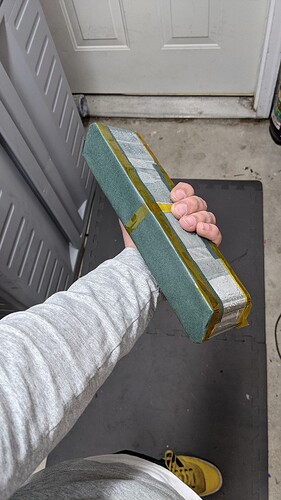