I’m gathering parts for a street/track racing setup based around SRB 3-link and a Red Ember Northcamp deck with double stack enclosure. Will be outrunner motors and li-ion pack. Not pure race perhaps vs. Inrunners but what I’m more comfortable with.

I am a little uncertain about my battery plans and motor choice given ESC and would appreciate advice on selection and how to determine max motor/battery amps without burning anything out but definitely pushing the boundaries.

So far the parts I have are:

From the charger you may notice that the battery pack I was initially planning was 20s and I think with BMS bypassed I can fit 20s6p 21700 p42a cells in the enclosure.

For motors I have ordered Radium 151kv (but still have time to change to a different kv).

Does this pack and motor pairing make sense given the ubox esc?

On battery amps calc, I have read that the approach is to take cell discharge rate x p group no then divide by 2 for each side.
For the 20s6p molicel p42a the spec sheet continuous discharge is 45a but I understand that is under ideal conditions and as such perhaps 35a is more realistic.
This would mean setting battery max current at 105a (though I wonder what going higher would do?)

For motor max current I understand that the calculation to focus on is watts = amps x pack nominal volts. Speaking to Liam at Radium these motors would be rated roughly 6000w. If so then you amps is calculated as 83a per side.
However this seems low to me. I have heard of riders going well above 100 and even above 120 motor amps with no issue. Also vesc suggest that motor amps max is equal to battery max or higher…

Last question is on motor KV and FOC vs. BLDC. Liam at Radium suggested going with 151kv and BLDC instead of 138kv and FOC. I think the idea was that less motor heat is generated meaning I can get away higher Kv and this more top end speed. Though I have only ever used FOC. Is this motor pairing right?

Appreciate the time of any reader that got to the end.
Certain that I have made some mistakes above and appreciate any suggestions.

The motor current can be set up to like 150 or something (motors and esc have a max motor current, use the minimum of those 2)

The 83A you calculated is actually your max battery amps, or your motor amps at top speed

Technically BLDC is faster and more powerful with a better response than FOC, but it’s louder and less efficient, so for sprint builds it’s better to run BLDC

Ah of course you are right about the 83 being motor amps. I have had a bunch of different conversations with folks about how to calculate and think I was clearly getting a little confused!

Honestly if you want top performance, use the temp sensors and have it set with a much higher motor current and let the thermal throttle limit it, that way you’ll get more kick out the gate and better life out of your motor

Also make all your wires and connectors much bigger, as big as you can reasonably do without fucking up your parts or making it a pain

Right so monitor motor temperatures and see what motor amps I can get away with without going over approx 100c?

Given this build what would you set battery amps at?

Within reason it doesn’t matter what you start at, you should be tuning the board as you ride until it’s balanced, you may not be able to pull more than 120 motor amps ever and it doesn’t matter how high you set it

Makes sense. Thanks for tips.

Depends on wheel diameter and gearing, but I think motors in the 150 to 220kv range run best for outrunners? There’s some strange math involved there

whats the top speed? how many motor amps?

110motor amps per side and 80 battery amps 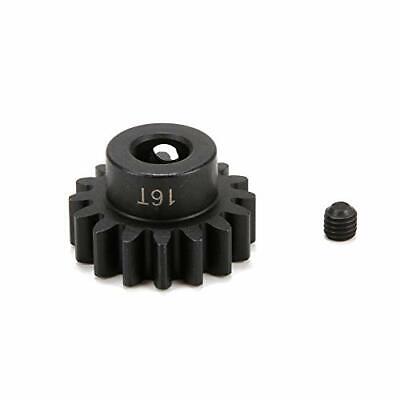 ck. Not pure race perhaps vs. Inrunners but what I’m more comfortable with.

If you can get Red Ember to make you the David Bonde model which is smaller I would, north camp and jontar are too big imo.

TBH I would save money and just use the new airless tires with the ribs built in for commuting rather than going pneumatic.

Also, 20S might be overkill, if you are looking to compete with SRB V5 just buy one or go LiPo.
Nothing is going to match the power of Lipo and Castle motors.

Aren’t temp sensors much more fussy than the internal current sensing in VESC? I thought using them as a cutoff where a small error could throttle you at high speed would be sketchy, but open to correction

Maybe? I haven’t had temp sensors in years

I got the board from David direct so already a done deal. I like the wide stance but accept for short track that smaller deck might be better.

Who knows next build for me might go down the inrunner route but I’m unlikely to ever do lipos. Just not my thing.