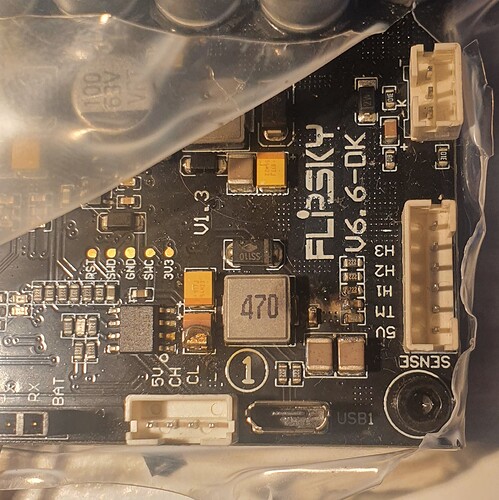 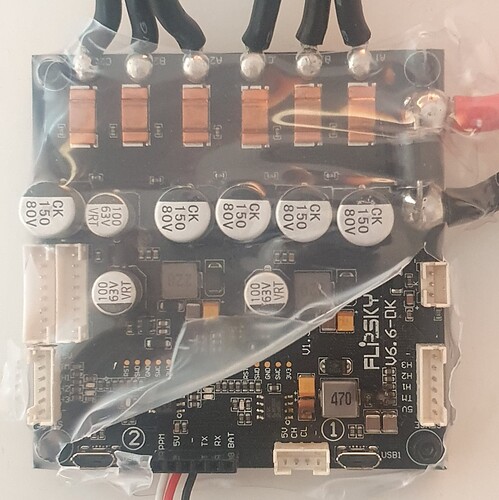 I feel this might be a shot in the dark. I’m hoping someone might have pcb circuit knowledge specific to a flipsky dual 6.6 plus to know if it’s DIY fixable based on an image and my explanation. (I could replace some resistors for example if that’s all it took. Wishful thinking I know)

What happened was I wanted to plug in the USB into the board to use VESC tool. The FESC was plugged in and powered on. I clumsily and without thought touched part of the board with the usb end where the heat shrink was pealed back. As you can see from the image I shorted between the right side hall sensor and that 470 grey square as I’ll call it…
As a result the PPM receiver blue light turned off and I had no more feedback from my remote.

I turned it off then back on again. Interestingly enough the green and blue lights on the FESC were both on either side, but the receiver was still off.

I decided to connect to the VESC tool to try to spin the motors via the motor configuration wizard.
I was able to run it, and it picked up both sides though the CAN, but only the left side motor spun up.

So basically the right side is busted and its clear that some parts on the board are broken.
I have no idea what they are or if it’s possible to fix, but I’m willing to learn from any wize wize electrical wizard.
Honestly any advice would be appreciated

Are any faults listed in the terminal on the side that doesn’t spin?

When running detection the motor is stiff as if the breaks are applied.

Both blue and green lights are lit, however sometimes I’ll turn it on and the right side is flashing red

So far from my experience I have nothing bad to say about the brand.
I did this to myself.

The damaged components seem to be a tantalum electrolytic capacitor, an SMD Inductor, two ceramic capacitors, a SMD resistor of some sort, and perhaps a SMD inductor as well.

The DC converter controller could have been damaged (probably to left of the tant caps, unless on the bottom). I would check the diode above the inductor too.