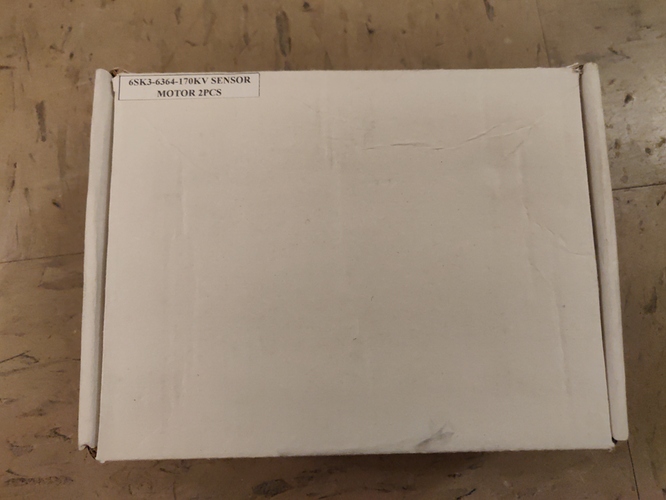 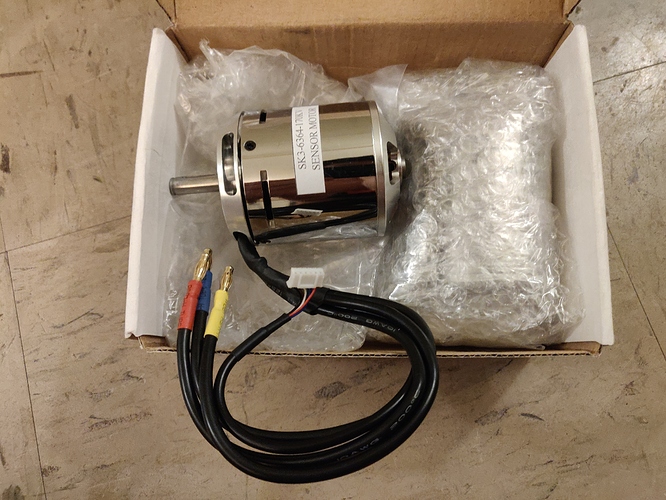 Alan has gone to the darkside bro. Don’t fuel his decline.

He bought a fucking unicycle. Should really be an instant ban.

It will be if my campaign to wrest control of the forum pans out.

Black vans should be outside @longhairedboy and @BillGordon’s houses by now.

I just bought 2 6374’s of the same type from denmark and the shipping was about 30 bucks. I regularly ship from the states and its never too much. What quotes are you getting because trust me mate you want these motors. Solid as a rock as non sensored. Its all I use now because they are so bloody reliable.

I don’t doubt these at all

If you can handle non sense then hk deliver free and they arrive in less than a week. 320 aud for 2. I like these for the keyways and silicon wires. Not really bothered about the sensors but I may give them a go. The hk ones have the windings just extended as phases and if you go crazy on the motor min they melt the insulation when you brake hard. Not good.

To solder the silicon on coated wires is a huge pain in the rectum.

“51$ to ship a 4LB item via USPS first class mail” which isn’t a bad price at all considering these beauty I just well… tryna get em a little bit cheaper. I can show you my bank and it hurts my eyes cause the app shows monthly spending and oh man this Diy and …cough …cough evolve gtr I brought and another board ontop of that I brought 3 days ago is one hell of an eyesore for all the good reasons.

Absolutely. No exceptions once the revolution is in full swing

I support his unicycle decision 100%, he can’t keep up with me unless he gets one lol

They are bloody fast I will give you that. Some professor looking guy went past me doing at least 65k’s
The only one I have ever seen in the wild. I couldn’t help but think if it locks up?..

but can they really go faster than esk8s? And are they really more reliable at top speed? IDK I’ve seen that vid of Von eating it at 40mph. I’ve hit 43 mph on my esk8 and no spills yet

edit:
no spill yet *at top speed

I have one capable of topping 40. Downhill with the wind behind me I clocked it at 46mph. I think a decent uni will do 50. Have you never watched a tishawn vid? There are guys hooking along and he is filming front and back and guess what hes riding.

Fuck doing 40 all day long though. 40 really hurts. Last time I came off a machine at 40 mph I did 2 somersaults before cracking my spine. It was 40 to 0 though into the side of a mercedes. Be careful.

Holy Jesus Ballz no thanks, wtf what was the aftermath of that accident?? I don’t think I’m familiar with tishawn! It seems like EUCs are way more unpredictable at high speeds than esk8s and tend to so some really really weird unpredictable wobbling that’s harder to combat that on an esk8. Atleast on an esk8 I know how to slightly adjust my stance to fight some of those wobbles, on an EUC I’m not so sure.

EUCs are by far the safest PEVs that I’ve ever ridden and at 40mph+ its stable as a rock and it can carve like a motherfucker.

TBH EUCs are the superior PEV and my average speed on my EUC is wayyy higher than me on my board and I ride pretty aggressively @whaddys you can only tell if you’ve ridden an EUC bc they’re wayyyyy more predictable than boards. And yeah I’ve hit 43 on my EUC with no problems at all and I don’t have to prepare for anything like getting low to the ground, tucking, embracing for anything, literally just lean forwards and it follows my body

Haha thats the thing, they’ll never lock up on ya