This is funny, because I just realized my diy obsession is not even a year old.
Not even a year ago is when I received my Diyeboard kit with the 10s5p pack. August 25th 2018 to be exact.
This was after owing a Metroboard Micro Slim, and Evolve GT, and a Wowgo 2S.

I have really gone crazy since first taking that kit out of the box and being amazed when the motors actually spinned.

In any case, the kit never got a ton of action. I got separate trucks and dicky ho mounts, and changed the gearing.

So it was fast on flat, but could not get my fat ass up a hill without killing the battery.

So after that taste I started gettind real parts from Psychotiller and a bunch of builds later, now I have a second mortgage…

But back to the Diyeboard kit. It still works. And I had enough parts laying around to get it going on a deck.

So here we go.
Deboard kit:
10S5P Battery
Crappy ESC
270kV 5055 motors.
Psychotiller flagship battery(i tried to shape it some and fucked it up…)

And the star of the show the Rayne Rival Cartoon Deck(love that thing).

In any case, changing the motor gear down to 12T has really made the kit run better for me than ever before with 14T.

ESC is pretty horrible compared to a Vesc you can tweak, but still, it freaking works.

So long story short, it works. It is not pretty. But for what it is it goes fast and I think i can get 10 mile range out of it… 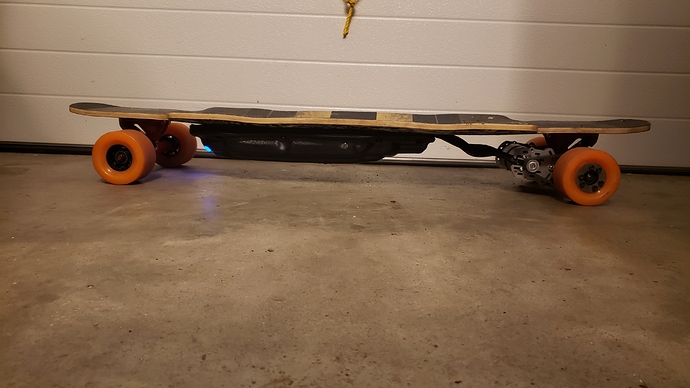 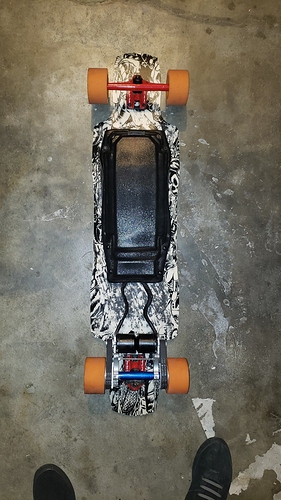 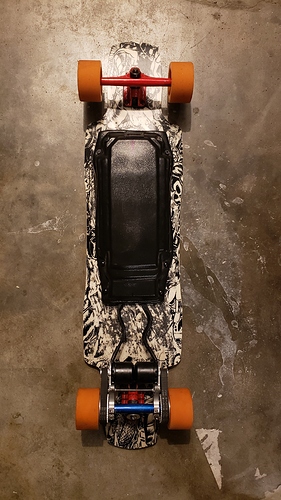 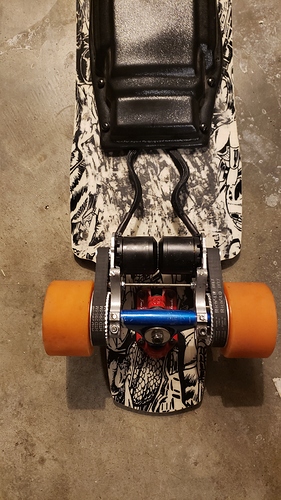 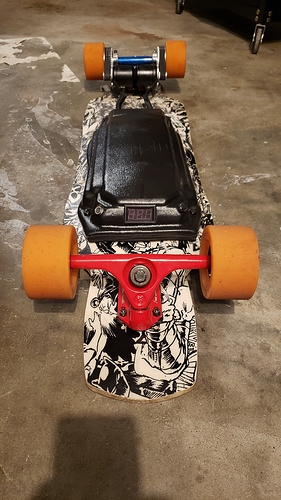 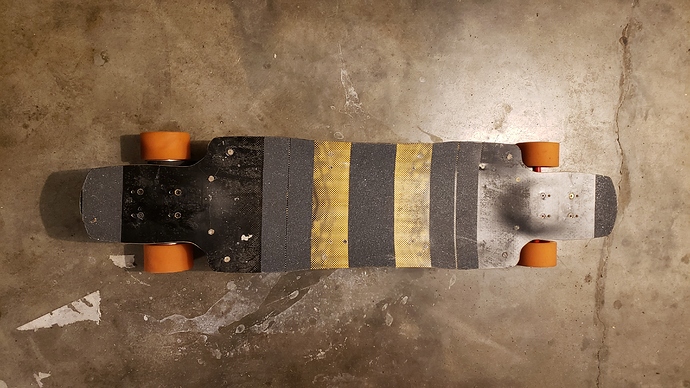 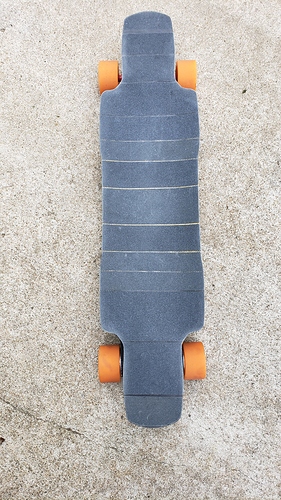 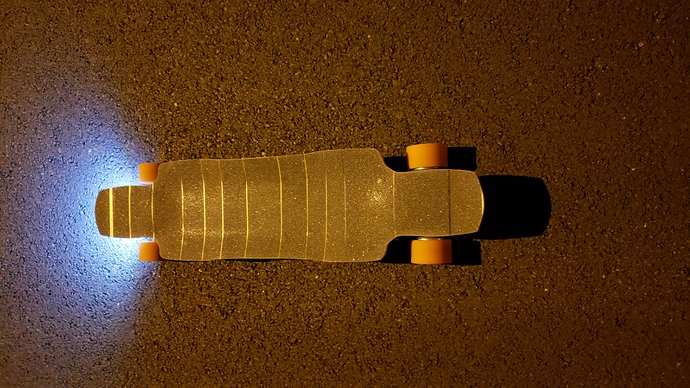 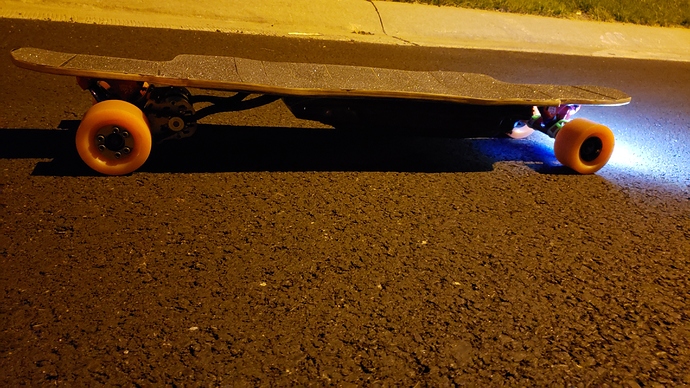 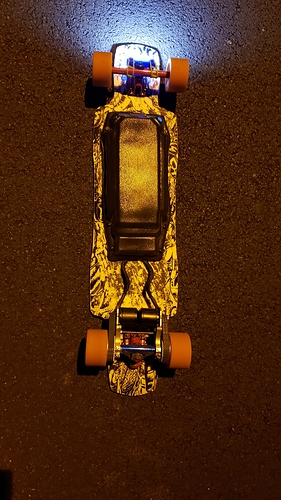 I had that deck too. Rayne makes good stuff.

Damn you got a 10s5p in that enclosure? 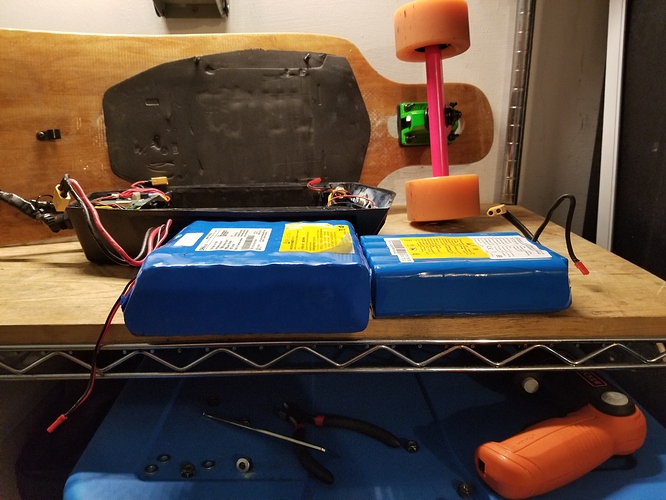 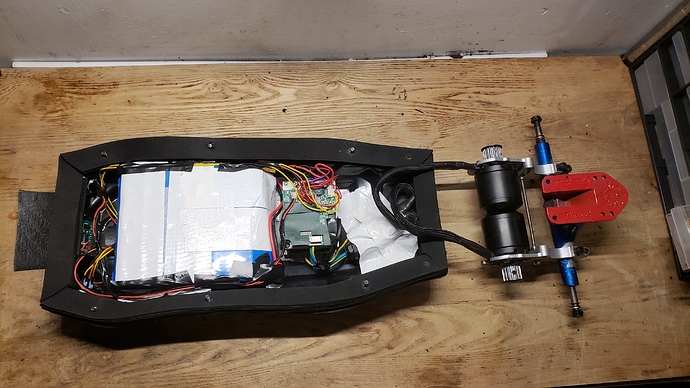 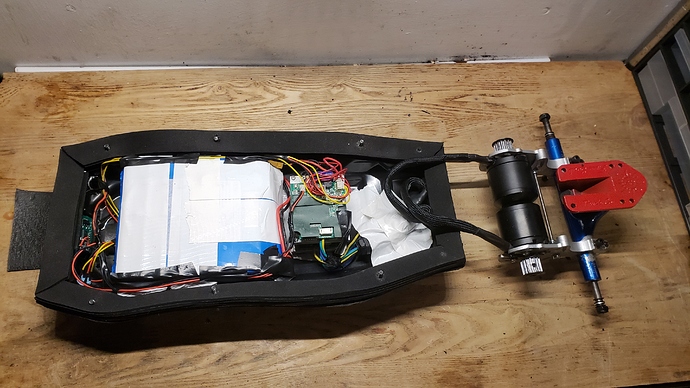 Wowgo is a 10s2p right? Basically a meepo?

I just got one of those flagship enclosure im the mail. Was just test fitting my 12s2p was super confused how you had that 5p in there lol.

i have one with a 12s3P that Dave built. it is a tight fit, but works well with the Unity.
Dave said he can make a 10s4P that would fit in there too. Hopefully i will get one of those soon 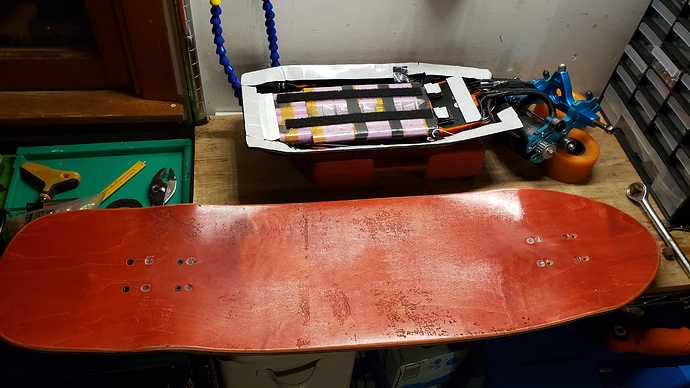 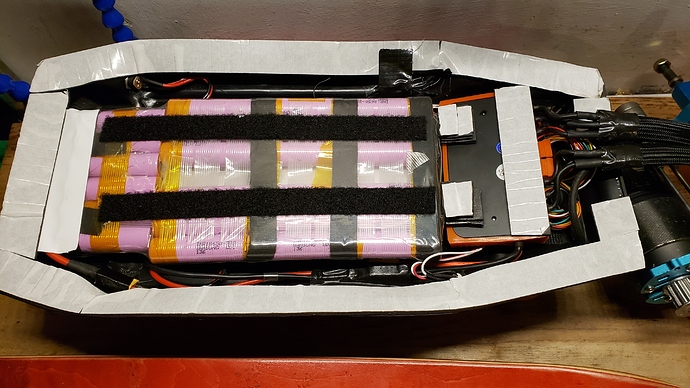